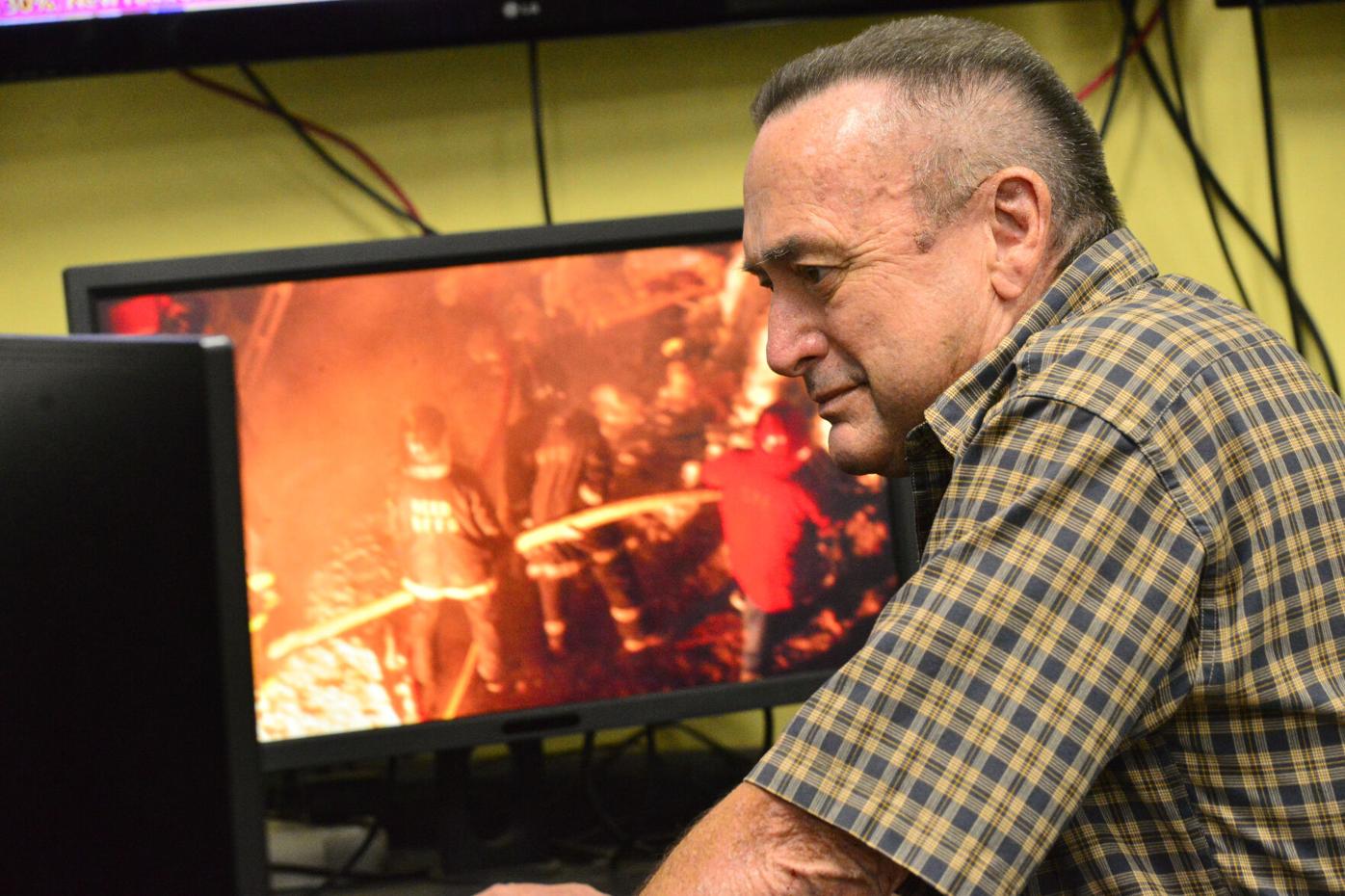 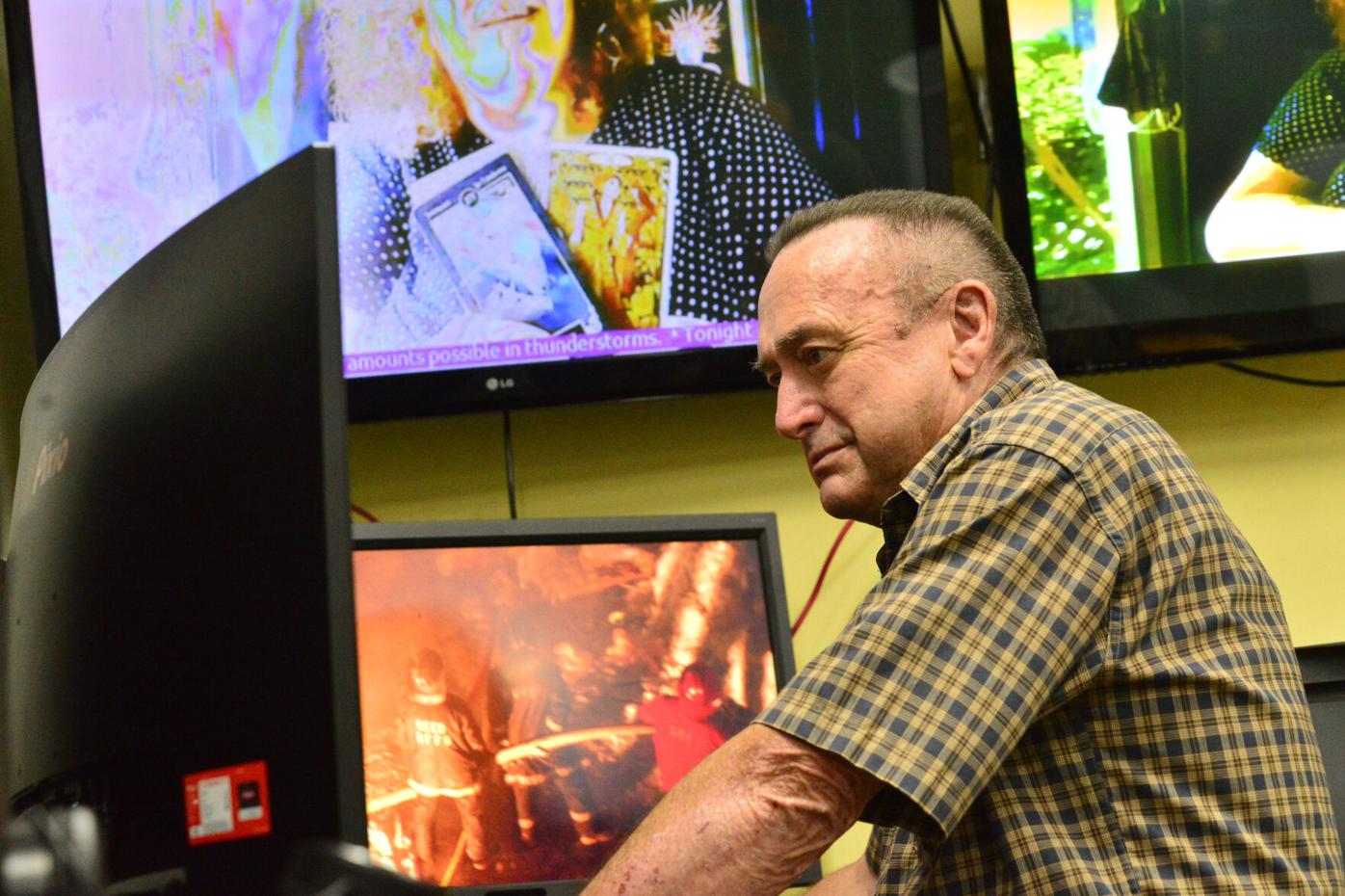 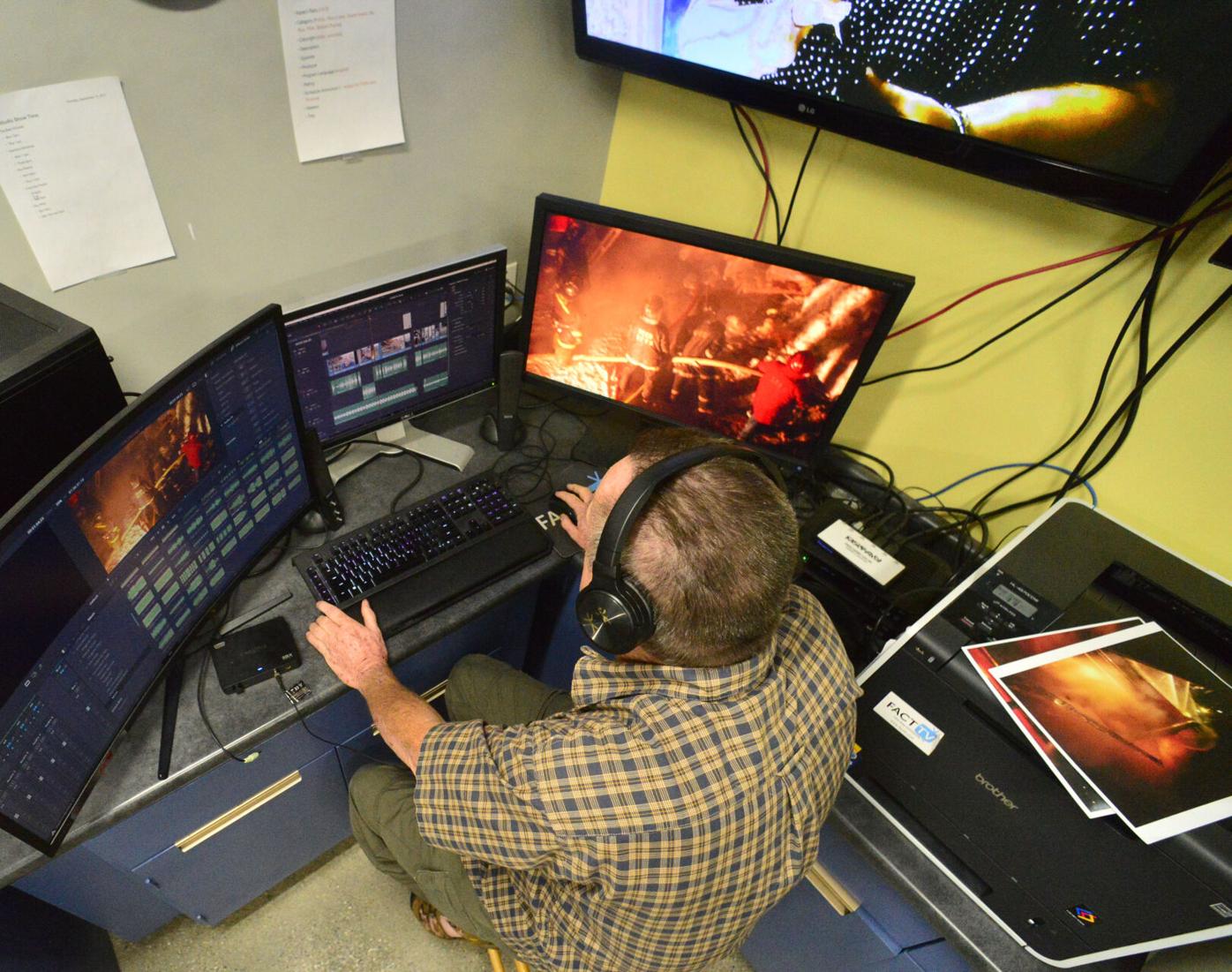 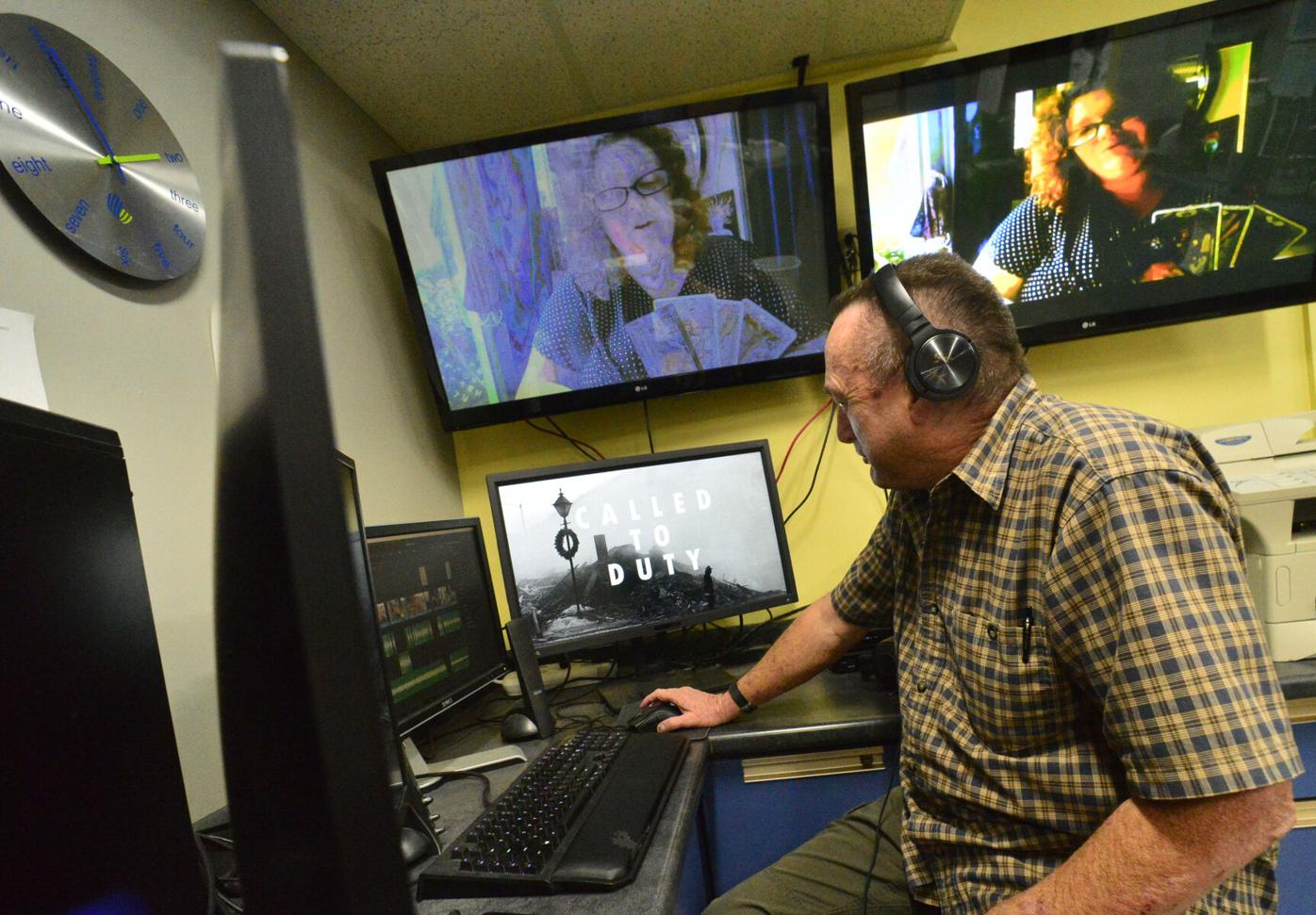 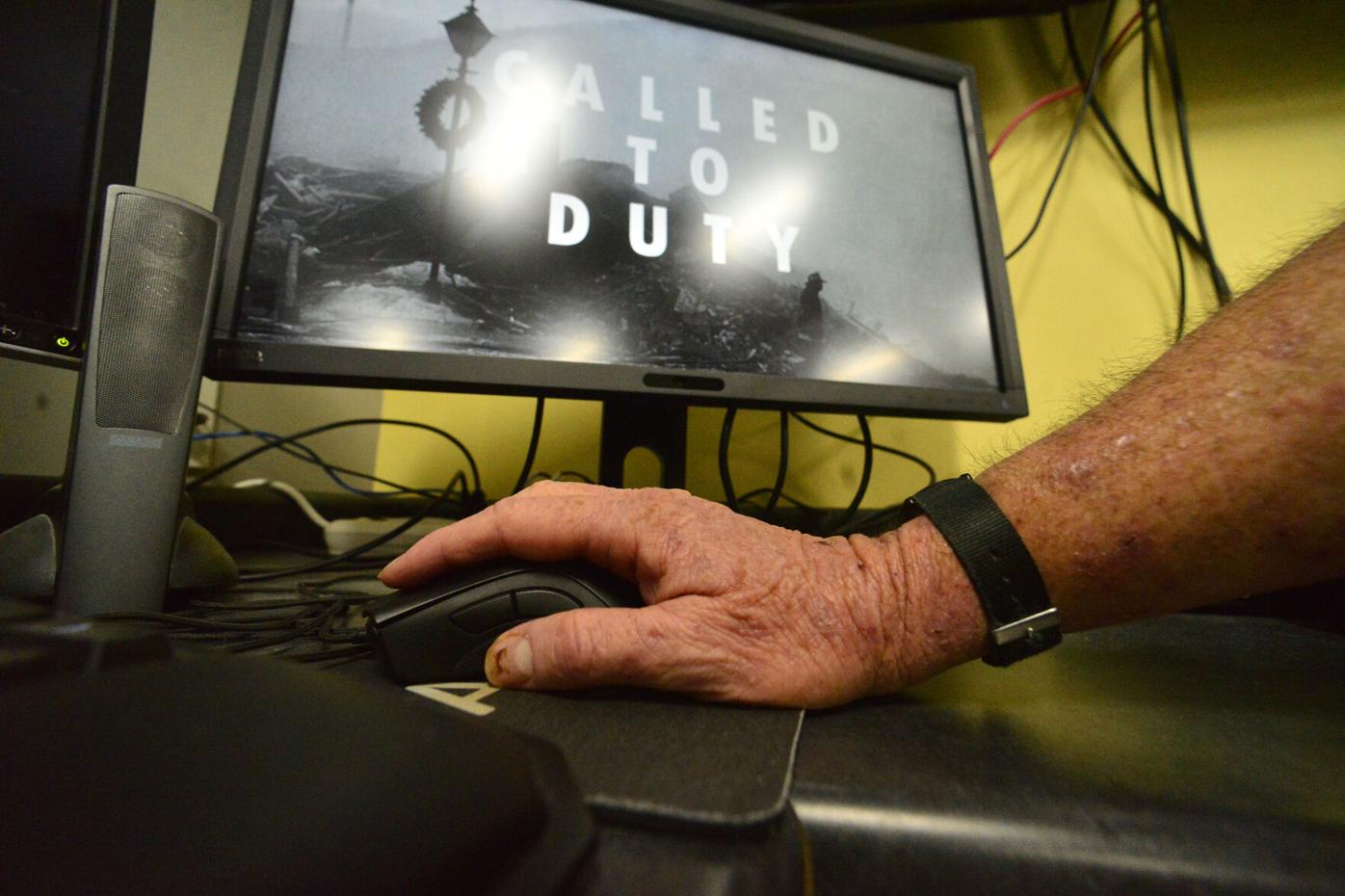 Dana Fuller, 25, and Terry Brown, 21, had gone into the burning apartment building in downtown Bellows Falls to find the trapped residents in the rundown hotel.

But their air packs ran out of oxygen before they found the nine residents, who had already been rescued by other firefighters on ladders.

The two firefighters, graduates of Bellows Falls Union High School, died of smoke inhalation, despite being rescued by their fellow firefighters. Seven other firefighters were injured that night — either from frostbite or smoke inhalation — at the fire. The Star Hotel became synonymous as a local nightmare.

Brown and Fuller died at opposite sides of the hotel, and their deaths — like the later tragedy of 9/11 that took the lives of hundreds of New York City firefighters — had a lasting effect on the local community and its fire department.

A documentary about the night of Dec. 29, 1981, “Called to Duty,” has been created by the staff and volunteers of Falls Area Community Television, and the 90-minute film will debut next Thursday at the Bellows Falls Opera House, as part of an event to raise funds for the Brown-Fuller Memorial Park that is currently under construction on the site of the old hotel on The Square.

Mike and Sue Smith and Marty Gallagher interviewed 17 people — the vast majority of them area firefighters — who were at the fire, as well as Brown and Fuller family members who remembered their loved ones and the aftermath of the fire. The Smiths were behind the cameras, while Gallagher, off camera, conducted the interviews, starting in July.

“It’s their story to tell,” said Gallagher. “It was the perfect storm,” that created the tragedy.

The men had grown up in Bellows Falls, and both had rushed to the downtown fire scene.

For Fuller, it was his “calling,” his brother, Stephen, told the filmmakers.

For Brown, on break from Castleton State College, it was his way of contributing to his community, his sister, Karen, said.

The documentary features more than a dozen interviews, as well as never seen archival photos taken by reporters from the Brattleboro Reformer, which are now in the archives of the Brattleboro Historical Society. There were also photographs from a rooftop witness.

Gallagher, who did the interviews, said the most moving part of the film in her mind came from a Springfield firefighter, Mark Morris, who told Gallagher and the Smiths that he had never talked about his traumatic experience that night.

The Smiths also were lucky to track down former Bellows Falls Village Fire Chief John Wood, who had been sworn in as chief only 14 days before the Star Hotel fire. Wood, who now lives in Florida, was house-sitting in Vermont’s Northeast Kingdom in August, and the Smiths made a quick trip to tap his memory.

Wood had never really talked about that night, Smith said. Wood still lived in Springfield at the time, and didn’t get to the fire scene for about 30 minutes.

According to news reports, the Star Hotel, which had apartments upstairs and businesses on the street level, shouldn’t have been open at all. It had been cited by the state of Vermont fire safety inspectors numerous times for dozens of violations, and the owner, Evangeline Wright of Walpole, N.H., had been ordered to make the fire-safety repairs, which never happened.

Then Bellows Falls Manager Lawrence McAuliffe called the two firefighters’ deaths’ “senseless,” and told reporters that if no one had been living in the top floors of the 120-year-old hotel, the firefighters would not have entered.

But their deaths triggered not just local changes but statewide changes in firefighter training and planning, Mike Smith said.

The scene that night in 1981 was chaotic, Mike Smith said.

The Smiths said they were urged to do a show by Bellows Falls firefighter Larry Clark, who is the historian of the department, to drum up support as the village and the Fire Department redo the memorial park.

Firefighters were initially reluctant to talk about that night, Sue Smith said, but with the support of Bellows Falls Fire Chief Shaun McGinnis, things changed, little by little. McGinnis originally wanted a promotional video to help fund the creation of the park, in time for its dedication in October, FACTV Executive Director Alex Stradling said.

McGinnis said that when he joined the Bellows Falls Fire Department in 1996, there were “a lot of sad memories” about the fire.

But, he said, the fire produced “a culture of safety at the BFFD because of that night.”

Everyone refers to the two firefighters by their first names, McGinnis said. “It’s like they are real people.”

McGinnis said it wasn’t just Bellows Falls firefighters who were affected by the tragedy, but other town departments had helped fight the fire, including Springfield, Westminster and Walpole.

“Nobody wanted to talk about it,” Mike Smith said. “People didn’t want to bring it back up. They just stuffed this stuff down,” he said. “It was a traumatic event.”

But as the group started planning the film, and Gallagher did a storyboard, “things changed,” Mike Smith said.

Firefighters Clark, Tony James and Stephen James were interviewed and spoke from the heart. Firefighter Brent Lisai added his voice.

In all, 14 firefighters spoke to the filmmakers, and three family members, and one person, Jeremy Yost, who was a witness to the fire from the rooftop of the nearby Windham Hotel, which then was called The Andrews Inn.

From an agreement to do a FACTV video to explain what’s going on at the park site, came the full documentary, they said.

Mike Smith said the film tells the story of the fire from the firefighters’ perspective, and that the producers of the film made no attempt to reconcile the conflicting stories after 40 years. It is the overall emotion and impact, he said, that tells the real story.

The iconic opening shot of the film is of the collapsed remains of the hotel the morning after, with Fall Mountain in the background, and a lamppost still holding a Christmas wreath, and a firefighter on guard.

Mike Smith said “Called to Duty” will eventually be shown on FACTV, but he said he didn’t know when.

The producers have dedicated the film “to firefighters everywhere and the families that support them. This is their story in their own words. It demonstrates the bravery and commitment ingrained in all firefighters.”

“This is what community television is all about,” said Stradling. “That’s why we’re here, to tell that story.”

The film will help the community understand what the memorial park is all about, Stradling said.

The film is being shown twice on Thursday first to those who were interviewed for the film, and the 7:30 p.m. benefit showing. Donations are encouraged for admission. The park is expected to be dedicated on Oct. 10 after the annual Bellows Falls Firefighters Parade, which starts at 1 p.m. And a 40-year commemoration is being planned for December.

People who wish to contribute to the park can go the park’s GoFundMe page, gofundme.com/f/the-brownfuller-memorial-park, or send or drop off a check to the town of Rockingham, with a note to Firefighters’ Park.