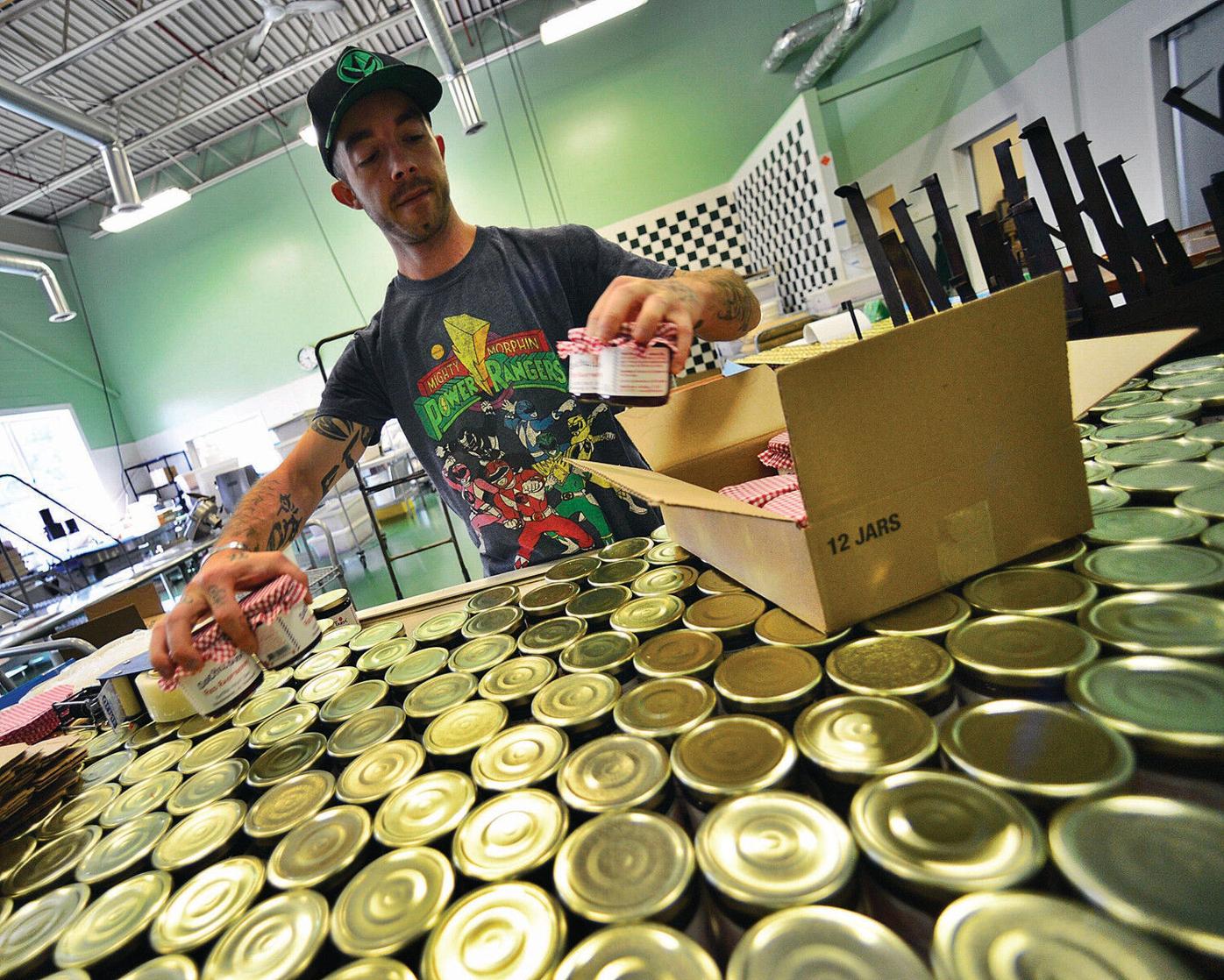 Zak Peel packs up the jams at Sidehill Farm on Wednesday, June 13. 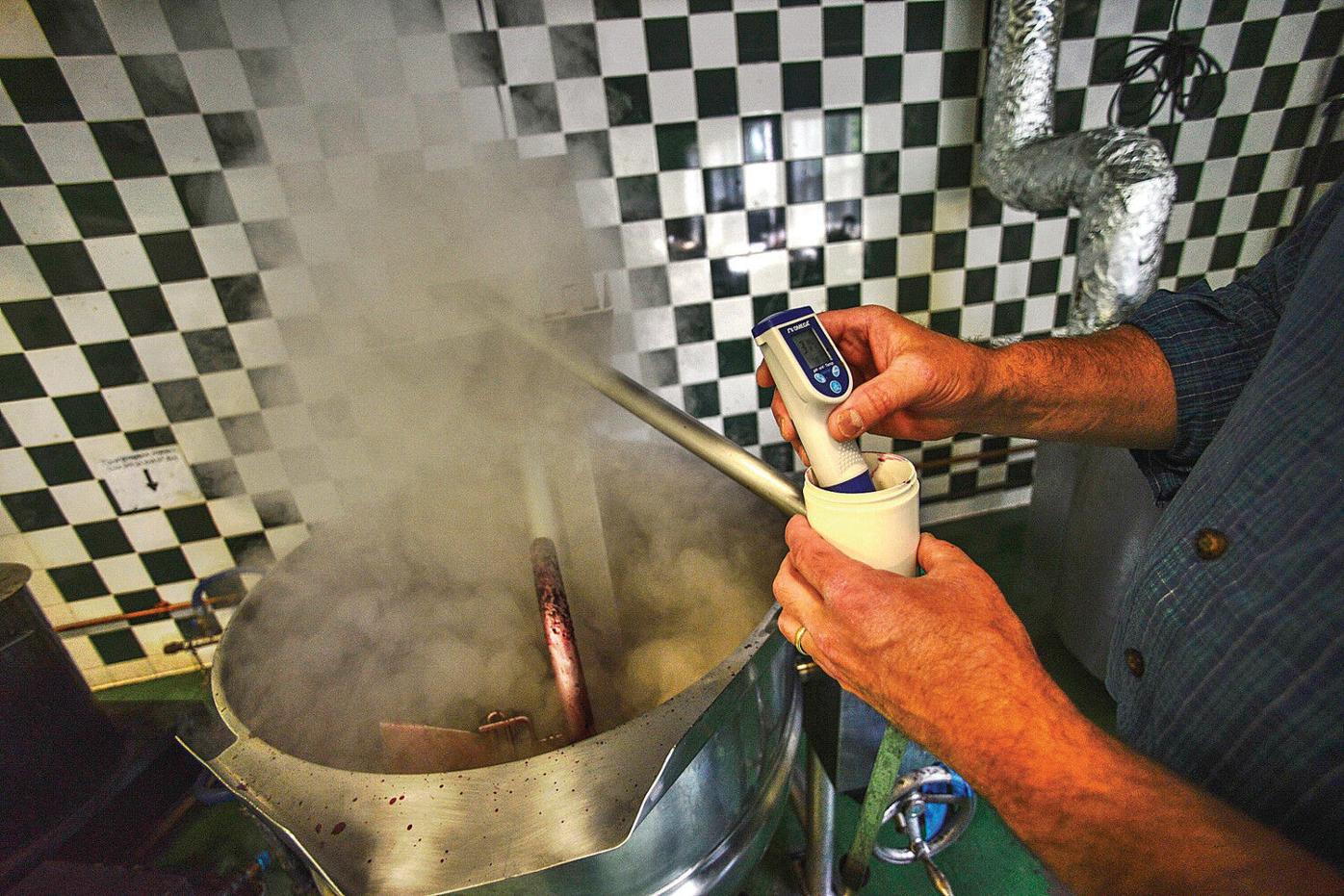 Kelt Naylor, co-owner of Sidehill Farm, checks the pH level on a batch of blueberry jam on Wednesday. 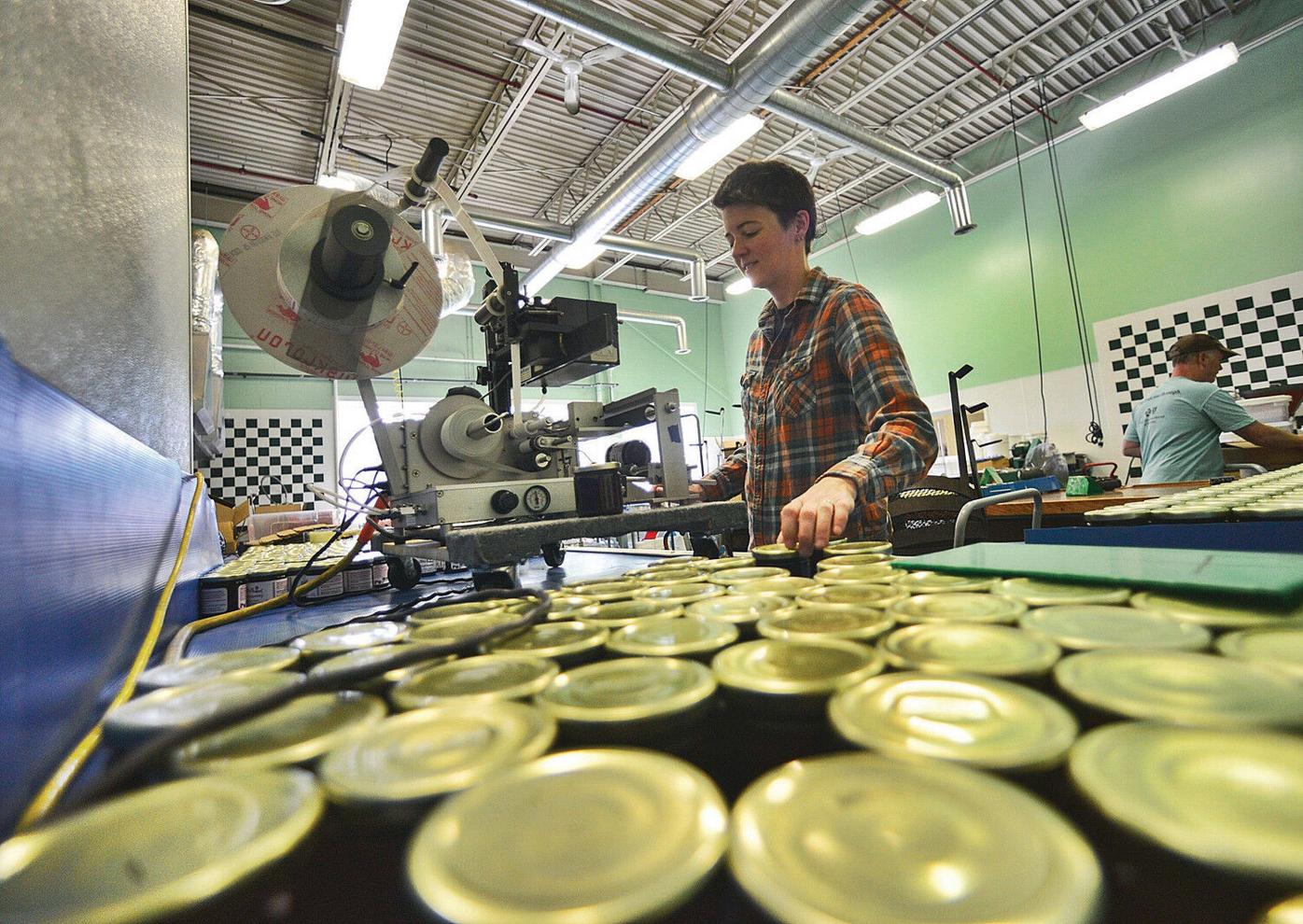 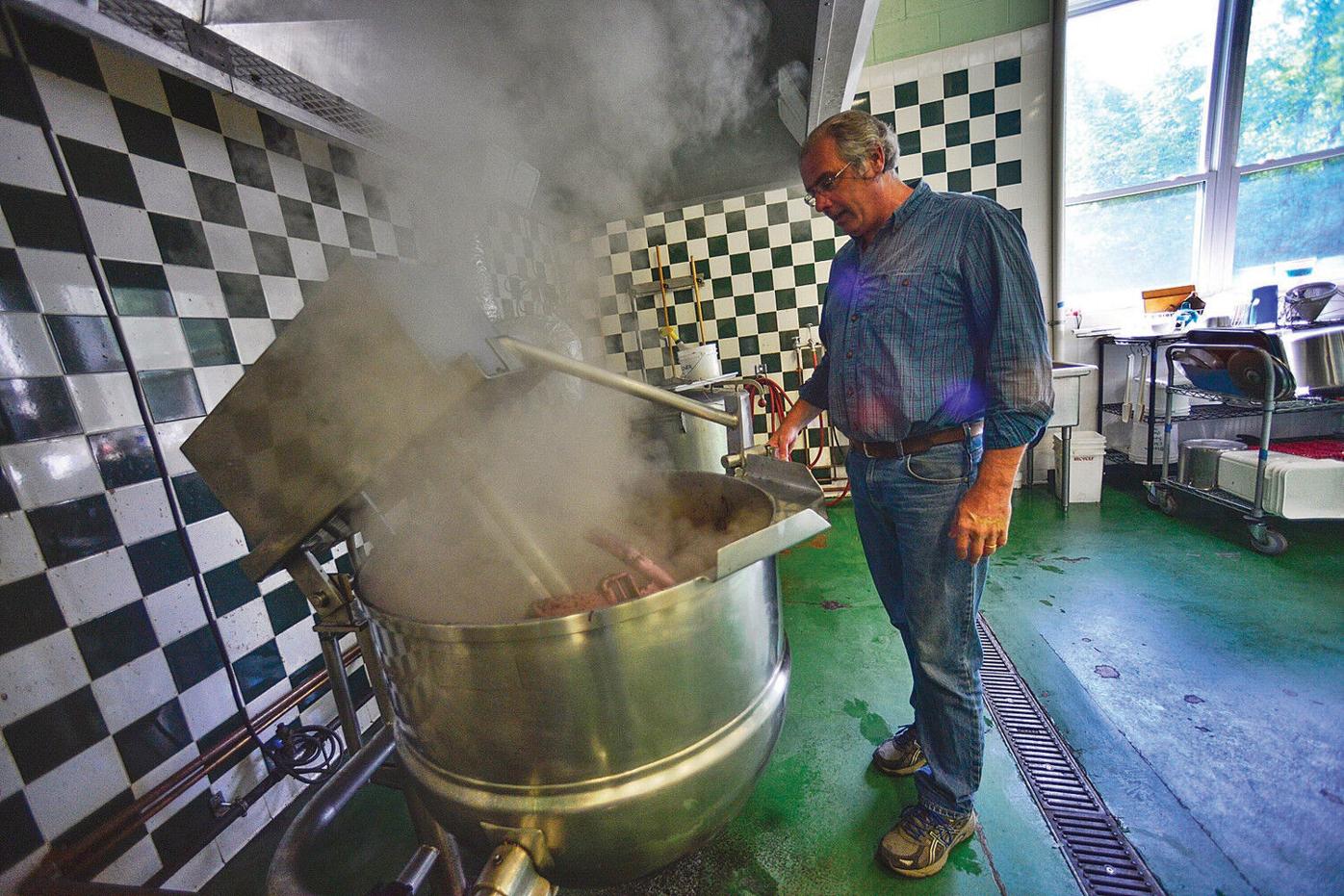 Kelt Naylor, co-owner of Sidehill Farm, checks the pH level on a batch of blueberry jam on Wednesday, June 13. 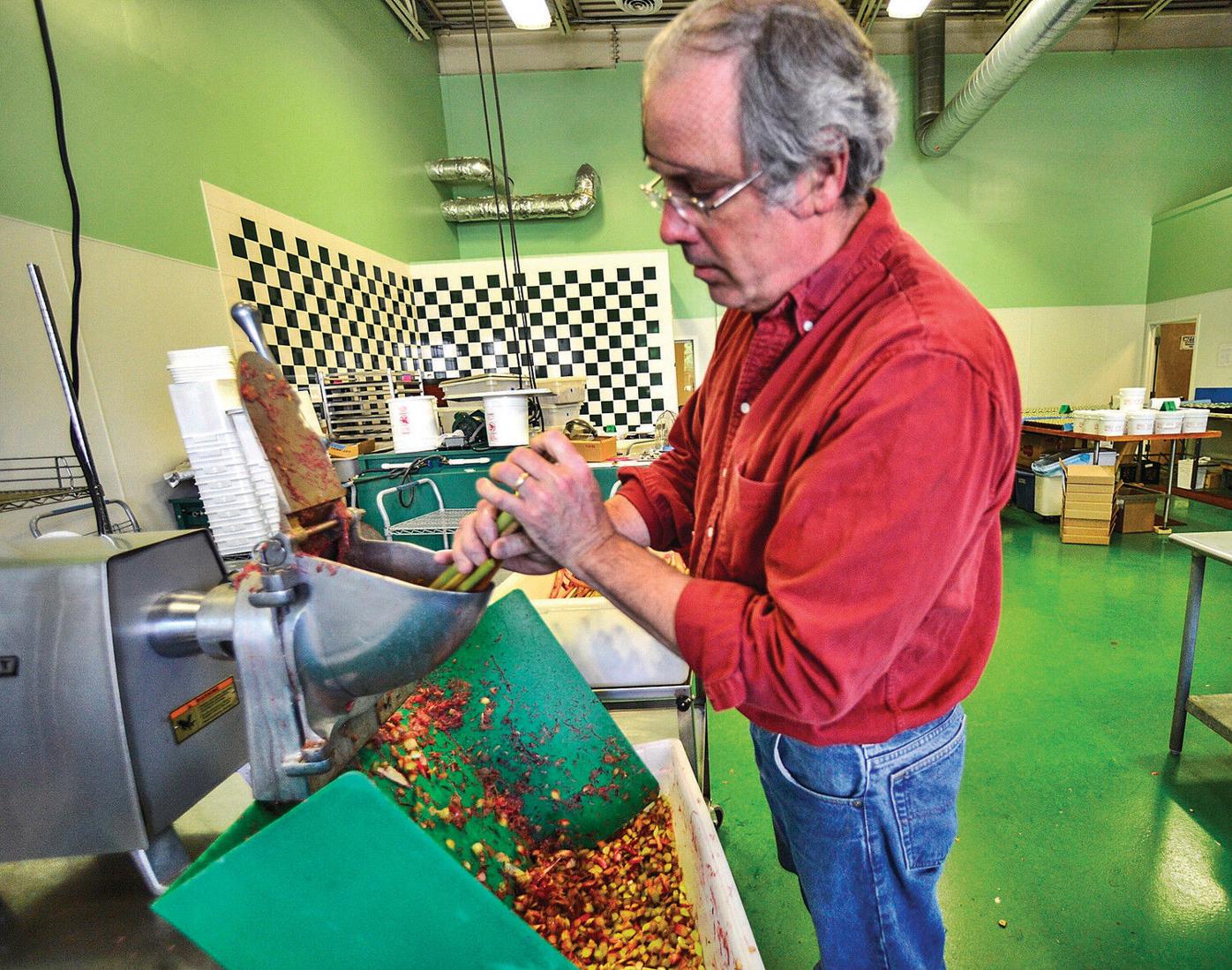 Zak Peel packs up the jams at Sidehill Farm on Wednesday, June 13.

Kelt Naylor, co-owner of Sidehill Farm, checks the pH level on a batch of blueberry jam on Wednesday.

Kelt Naylor, co-owner of Sidehill Farm, checks the pH level on a batch of blueberry jam on Wednesday, June 13.

BRATTLEBORO — Dorothea Benton Frank is a New York Times bestselling author who's written more than a dozen novels set in her native South Carolina. Her latest book, "By Invitation Only," has an unusual character, linking South Carolina to Vermont.

"The person who is in charge of promotion at Harper Collins called us last winter and said, 'Did you know you are mentioned in this book?'" said David Major, who, with his wife, Yesenia, founded Vermont Shepherd 30 years ago in Westminster. "I have no idea why she mentioned our farm in her book or introduced a fictional character who works in our cheese cave, but there it is."

In "By Invitation Only," Frank tells a tale of two families, one struggling to do well, one well to do, and one young couple — the privileged daughter of Chicago's cr me de la cr me and the son of hard-working Southern peach farmers.

"The call came out of the blue," said Major. "It was bizarre."

Even more bizarre, said Major, was that the promotions person at Harper Collins wasn't only calling to let him know Vermont Shepherd was included in the book. Major was told Frank wanted samples of Vermont Shepherd's goat cheese to offer at book signings in early June.

"She gets hundreds of people at her book signings," said Major. "And the first 50 people received little wedges of our cheese. Plus, because we often sell samplers that include preserves from Sidehill Farms, we put together sample-size jars of membrillo to go with the cheese."

Membrillo, also know as quince cheese or quince paste, is a sweet, thick jelly made of the pulp of the quince fruit that originated in Portugal and Spain.

"We have a little self-service farm store," said Major. "Maybe she visited us during a trip to New England."

Major said that since the book signings, Vermont Shepherd has received online orders from folks in places he doesn't normally receive orders from, such as South Carolina, Tennessee and Louisiana.

Kristina Naylor and her husband, Kelt, took over Sidehill Farms in 2000 from Kelt's parents, who started the specialty food company in 1976.

Until three-and-a-half years ago, Sidehill was located in the Cotton Mill. The production facility is now in the Book Press, on Putney Road.

"Our main market is New England and New York," said Kristina Naylor. "Having these tastings is a great opportunity for us to spread the word down south. It's a great way to expose more people to the great things we are doing with Vermont foods."

Naylor said she and her husband have been big fans of the cheese produced by Vermont Shepherd, and several years ago, Major approached them about increasing both of their businesses by pairing their products.

"We visited Scott Farm and [orchardist] Zeke Goodband handed us this thing we had never seen before called a quince," she said. "It's really a beast to work with."

But work with it they did, creating their own version of membrillo and pairing it with goat cheese from Vermont Shepherd.

"When we harvest the spike apples, we grade them out and select the best looking fruit," he said. "The ones that are blemished or bruised are good for secondary uses, such as processing into a jam or paste. It really helps our bottom line to have someone who can take our blemished fruit."

"This is a great story about how we can create a product from a fruit that was being left on the ground," said Naylor.

Naylor, like Major, had no idea why Frank included Vermont Shepherd in her latest novel.

"Maybe Vermont is an incredibly exotic place if you are a writer of romance novels?" she posited.

Frank's "By Invitation Only" book signings featured a sampling of Vermont Shepherd cheeses accompanied by Sidehill Farm Quince Butter, a 50 ml Double Cross Vodka and a bespoke "By Invitation Only" cocktail recipe. Both Vermont products were served as a festive hors d'oeuvres for the signings.