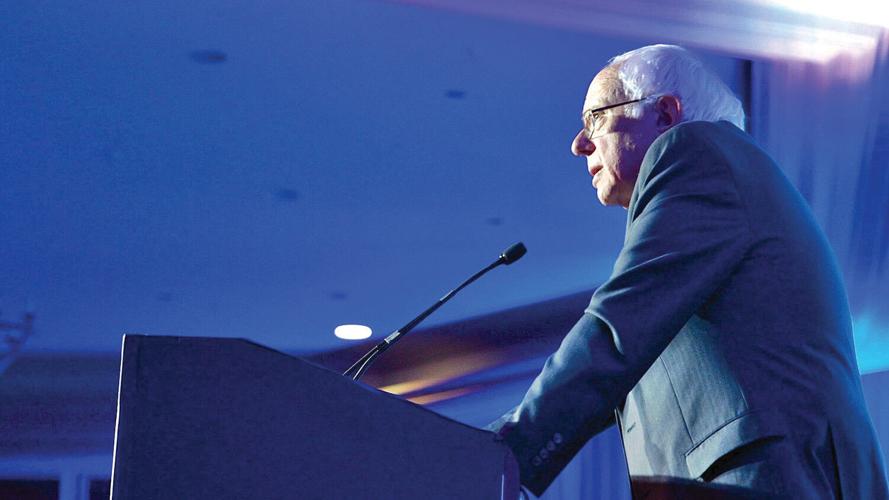 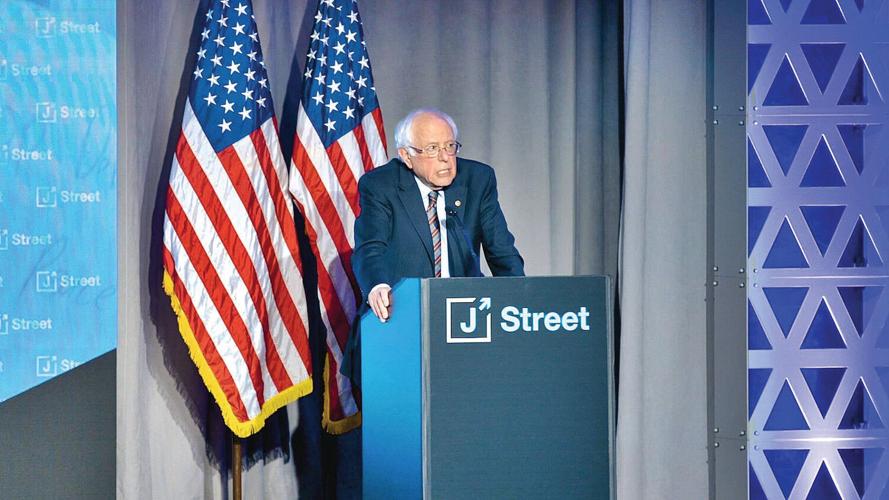 BRATTLEBORO — A group of local activists is urging Sen. Bernie Sanders, I-Vt., to visit the Gaza Strip and observe the conditions on the ground.

On Friday, from 5 to 8 p.m., at Pliny Park, Brattleboro Solidarity will host a rally "in solidarity with Palestinians demonstrating nonviolently for their rights."

"Our main objective is to pressure Bernie Sanders to visit Gaza and see for himself the unjust conditions of the people trying to survive," said Anna Mullany on behalf of Brattleboro Solidarity. "With Bernie, the media will follow, bearing witness to the occupation and resistance of Palestinians. We hope you will join in condemning the atrocious acts of violence perpetrated on nonviolent protesters and demand justice in Palestine."

In addition to hosting the rally, Brattleboro Solidarity is urging people to write letters to Sanders and call his office.

"Gaza is unlivable," said Mullany. "Palestinians are risking their lives. It is important that we act."

In response to a request for comment, Sanders, in an email to the Reformer, wrote "I share the concerns of many Vermonters regarding Gaza. The situation there is a humanitarian disaster and must be addressed immediately. Youth unemployment is 60 percent, the water there is deeply polluted and the infrastructure is collapsing. The United States must help end the Gaza blockade, demand that Israel accept a two-state solution and help Palestinians and Israelis build a future that works for all."

Brattleboro Solidarity has set up a petition on change.org

urging Sanders to travel to Gaza, at www.change.org/p/bernie-sanders-send-a-message-to-bernie-bernie

It has also drafted a sample script for people who want to write a letter to Sanders or call his office, and posted that sample script on the group's Facebook page.

During the annual conference of the pro-peace Jewish group J Street in Washington, D.C., on April 16, Sanders criticized "the reactionary policies" of Israeli Prime Minister Benjamin "Bibi" Netanyahu and "the inhumane blockade of Gaza."

Sanders did not restrict his criticism to Netanyahu and Israel, however. He also specifically mentioned Saudi Crown Prince Mohammed Bin Salman and other leaders in the region who have failed to engage in finding a solution to the Palestinian/Israeli conflict.

"So I say to the crown prince and the other multi-billionaire leaders in the region, stop just talking about the poverty and distress in Gaza, do something meaningful about it," Sanders said. "I heard the other day that the Saudi king pledged $50 million to UNRWA, the UN agency that works with Palestinian refugees. Fifty million dollars is not a small sum of money, but let us not forget that it is ten percent of what the crown prince paid for a yacht."

Sanders also noted that justifying violence based on "The presence of Hamas members among a crowd of tens of thousands" is disingenuous.

"I have condemned Hamas' use of terrorist violence and will continue to do so. But that violence cannot excuse shooting at unarmed protesters, and it cannot excuse trapping almost 2 million people inside Gaza."

According to Haaretz, an Israeli newspaper, Sanders went on to discuss the wider Israeli-Palestinian conflict and expressed concern over the future of the two-state solution. According to Sanders, putting an end to the Israeli occupation and establishing a Palestinian state "is in the interest of Americans, Israelis, Palestinians and the entire region."

But, Sanders said, "Prime Minister Netanyahu and his allies seem to be preparing for a different future, in which Israel controls the entire territory between the Mediterranean Sea and the Jordan River in perpetuity."

Sanders also had leveled criticism at the Trump administration and its decision to move the U.S. embassy from Tel Aviv to Jerusalem, saying that with the move, "President Trump has severely undermined the peace process." As a result, Sanders said, "the ultimate deal" is now "farther away than it has ever been, and trust in the United States as an honest and even-handed broker is almost non-existent."

In 2012, a United Nations report warned that Gaza is expected to be unlivable by 2020. However, in late 2017, a new report issued by the U.N. stated conditions are deteriorating there even faster than it forecast.

"In a nutshell, Gaza continues to de-develop in front of our eyes," Robert Piper, the U.N. Coordinator for Humanitarian Aid and Development Activities in the Occupied Palestinian Territory, told NPR in 2017. "From health care, to unemployment, to energy, to access to water, across all of these fields, Gaza's 2 million people are seeing faster and faster decline in their living conditions."