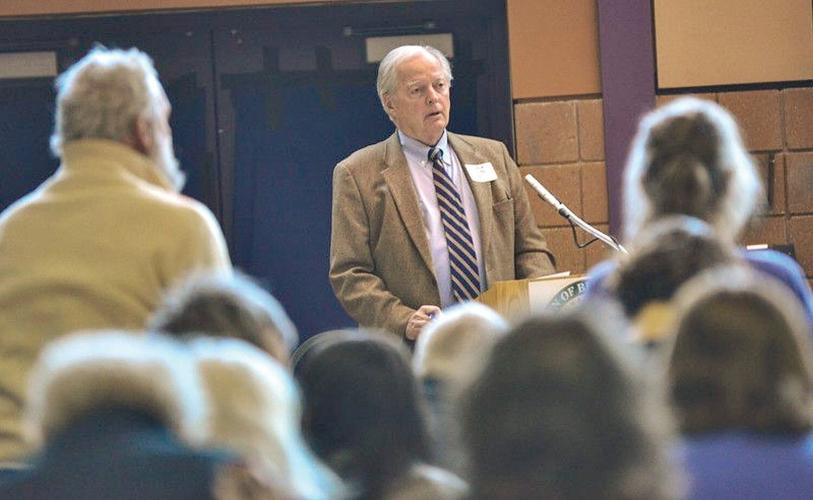 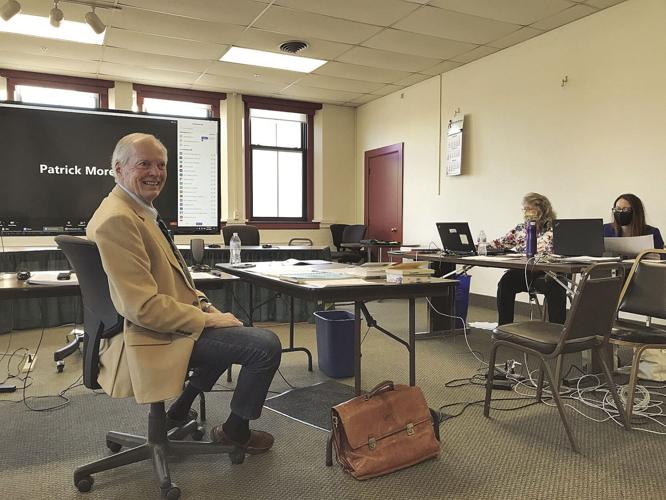 BRATTLEBORO — After 10 years serving as moderator, Lawrin Crispe will not be running again for the position in March.

“I really enjoyed it,” he said. “It was a great experience.”

Crispe said he enjoyed working alongside town staff and appreciated working with Town Meeting members at annual Representative Town Meeting. As moderator, he would preside over the meeting and make determinations based on Robert’s Rules of Order.

It was something he looked forward to, he said.

At 75 years old, Crispe hopes to take a little more time off from his job as an attorney. His plan is to visit warmer locales.

“I’m not one to necessarily head to Florida all winter long,” he said.

Crispe began when he was elected by Town Meeting members during an emergency situation at the annual meeting. He said Tim O’Connor, former moderator, started the meeting but got sick and could not continue the meeting.

In every year that followed, Crispe was elected by the voters at large. Since then, he was only challenged by another candidate in the first year.

Having served as a Town Meeting member for 24 years, Crispe felt qualified to take on the moderator position. He grew up in Newfane and when he returned to Vermont in the 1970s, he was assistant secretary to the Vermont Senate, which had him dealing with parliamentary issues.

Although Crispe and O’Connor were both lawyers, Crispe said his successor does not need to be one. Their predecessor was Ralph Chapman, a lawyer and judge.

Crispe said lawyers are trained to speak in public and look at things from a technical or procedural standpoint.

“It can get very contorted so you have to work through that stuff,” he said. “But are there other people who are qualified? Absolutely.”

Crispe said he would hesitate to offer any suggestions on whom might make a good successor.

Crispe said he learned a lot about the process by sitting and listening at the meeting for many years.

“You sort of get trained just by participating year after year,” he said. “I will miss it. I really enjoyed it.”

The Representative Town Meeting Steering Committee will host a meeting via Zoom from 6 to 8 p.m. Monday on the role of moderator. Crispe, who will answer questions about the meeting and the position, called it one of his “last duties” as moderator.

Crispe’s decision was announced at Tuesday’s Select Board meeting.

“He’s provided 34 years of service at Representative Town Meeting to the community,” Town Manager Peter Elwell said. “He will be missed.”

Elwell said Crispe moderated “some pretty challenging discussions” and persevered through “some enormous logistical challenges” in the last two years when Town Meeting members participated remotely via Zoom. Crispe “was just calm, patient and fair to the nth degree in terms of making sure everyone from every perspective got a fair and equal chance to participate in the meeting,” Elwell said.

“I really hope that members of the community will feel inspired to jump into those large shoes so that we can continue to have productive Representative Town Meetings,” Select Board member Daniel Quipp said.

BRATTLEBORO — As one of his self-proclaimed “last duties” as town moderator, Lawrin Crispe shared his thoughts and observations informed by th…

BRATTLEBORO — This year’s ballot won’t be as brimming with Select Board candidates as years prior.

BRATTLEBORO — If elected to be the next town moderator, David Gartenstein’s main goals would be to make sure annual Representative Town Meetin…