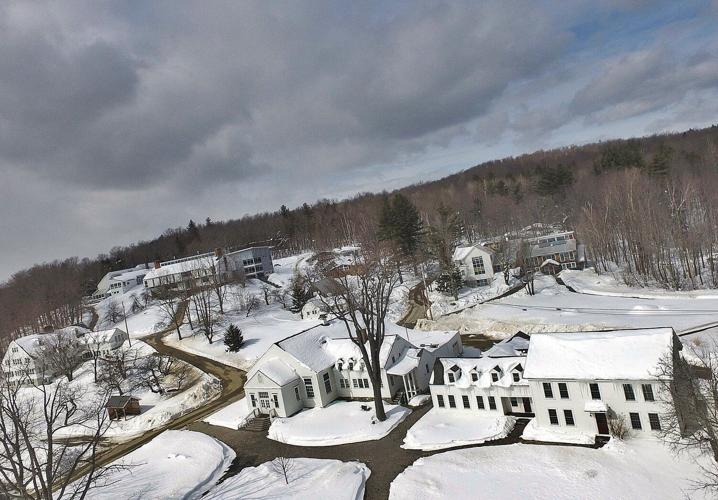 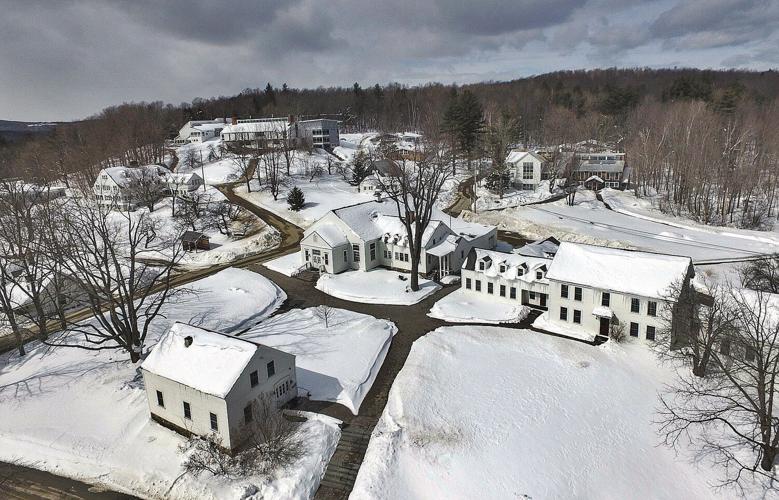 KRISTOPHER RADDER - BRATTLEBORO REFORMERMarlboro College's enrollment is about 170 this year.

KRISTOPHER RADDER - BRATTLEBORO REFORMERMarlboro College's enrollment is about 170 this year.

BRATTLEBORO — Marlboro College expects a n operating deficit this year of $3 million to $4 million, according to college President Kevin Quigley.

But Quigley, who has been president of the college since 2015, said the shortfall was expected.

"This shouldn't be a surprise. I have been quite candid with our community about this structural deficit ," he said.

Since 2005, when undergraduate enrollment peaked at 356, said Quigley, it has fallen to approximately 170 this year.

Marlboro College is not unique in this quandary, said Quigley.

"We are living in really turbulent times," he said. "There are challenges across the United States affecting higher education, especially small liberal arts colleges like ours."

While Marlboro College's enrollment is down, said Quigley, it has a very strong endowment per capita that is healthy and has been covering the college's deficits. "Our endowment has performed remarkably well historically."

Nonetheless, said Quigley, Marlboro College does have a structural deficit in that revenues through tuition and fundraising do not cover the college's operating expenses — which, he reiterated, has not been a secret for many years. But Quigley believes the college is well-positioned to weather the storm.

" This past year, we had the highest retention rate of first-year students, increasing from 75 to 85 percent," he said. "This cohort, while it may be small in number, is awesome. These are some of the best students we have seen in a decade. They are thoughtful, dedicated, smart and hard-working. Would we like our enrollment rate to be higher? Sure. Would we like a smaller operating deficit? Yes, and we are working toward that."

One of the ways Marlboro College has been addressing its deficit is by eliminating a temporary retirement program for tenure-track faculty. In that program, which was established in 2005 during peak enrollment, faculty who had taught for 15 years or more and were 62 or older received three-quarters of their salary.

"It was understood that that program would only last as long as the college had the financial wherewithal," said Quigley. "We agreed to end this program with a year's notice and during an interval when nobody else would be eligible for another three years."

He said that during the period of the retirement program, seven of eight eligible faculty members took the offer. "The average tenure of those seven was close to 30 years," he said.

Quigley also acknowledged that staff turnover has been high at Marlboro , but not higher than peer institutions.

"At Marlboro College, like other small liberal arts colleges, we are limited in what we can pay and offer for professional development opportunities. Vermont can be a very hard go for a number of different reasons."

While three of the school's nine senior team members have left in the last nine months, said Quigley, the average tenure of two of those three - three and five years - far exceeded the norm.

" Our faculty and staff generally serve the college for many years, and in some case for multiple decades," he said.

The college also has been trying to sell its graduate center on Vernon Street in Brattleboro, and while there has been some prospective interest from buyers, there has been no real serious offers, said Quigley. "What we've done in the interim is rent most of the space there. It is a great resource for the community."

In November, the college will get a visit from the New England Association of Schools and Colleges. When the school was accredited in 2015, NEASC and the college agreed to regular visits to evaluate the college's strategies to address enrollment and finances.

The college will also continue its successful collaboration with the Marlboro Music Festival, said Quigley.

"They have been tenants on this campus for 67 years," he said. "For many years there was an overlap in personnel but it hasn't happened recently. While nothing has been finalized, we are now well into a conversation about a much deeper partnership and a long-term commitment between the two organizations."

Part of that commitment could include construction of two new buildings on campus that the Marlboro Music Festival would fund and then gift to the college, he said.

Moving forward, higher education around the nation will have to evolve in significant ways to survive, said Quigley. "Marlboro College has to evolve while remaining true to its mission, its roots and its distinct place in the broad and complex landscape of higher education."

Quigley also noted that Marlboro College will remain transparent in its efforts to reduce its structural deficit while developing a strategy for its long-term success.

"This is going to require that we do things differently. We need to clearly identify what those changes might be and communicate that to our key stakeholders. My view is pretty simpl e . Yes, we have challenges, we know what they are and no one person can address them all alone . It will take all of us working together . My door is always open. I welcome all viewpoints with suggestions on how best to make this very special college survive and thrive. "