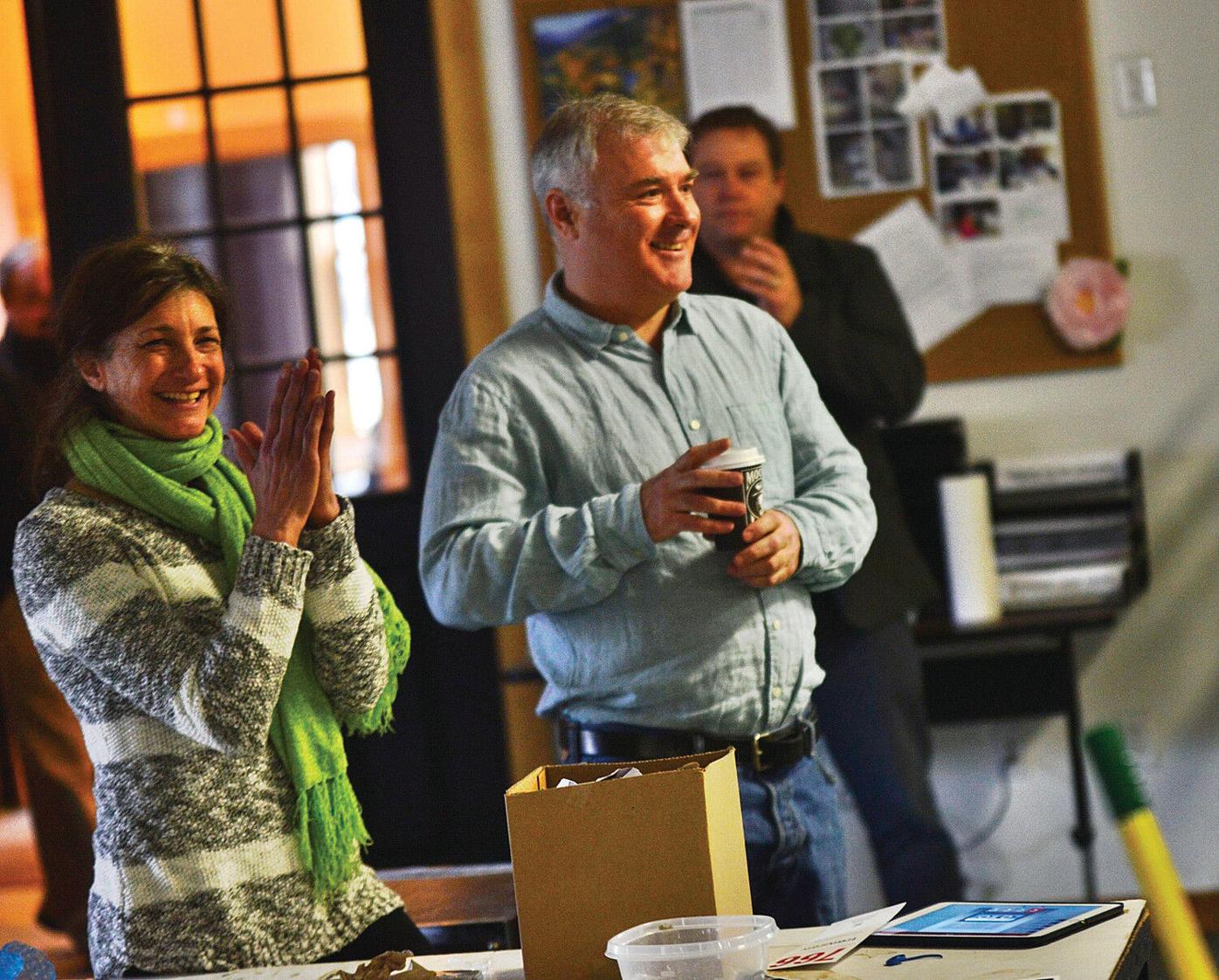 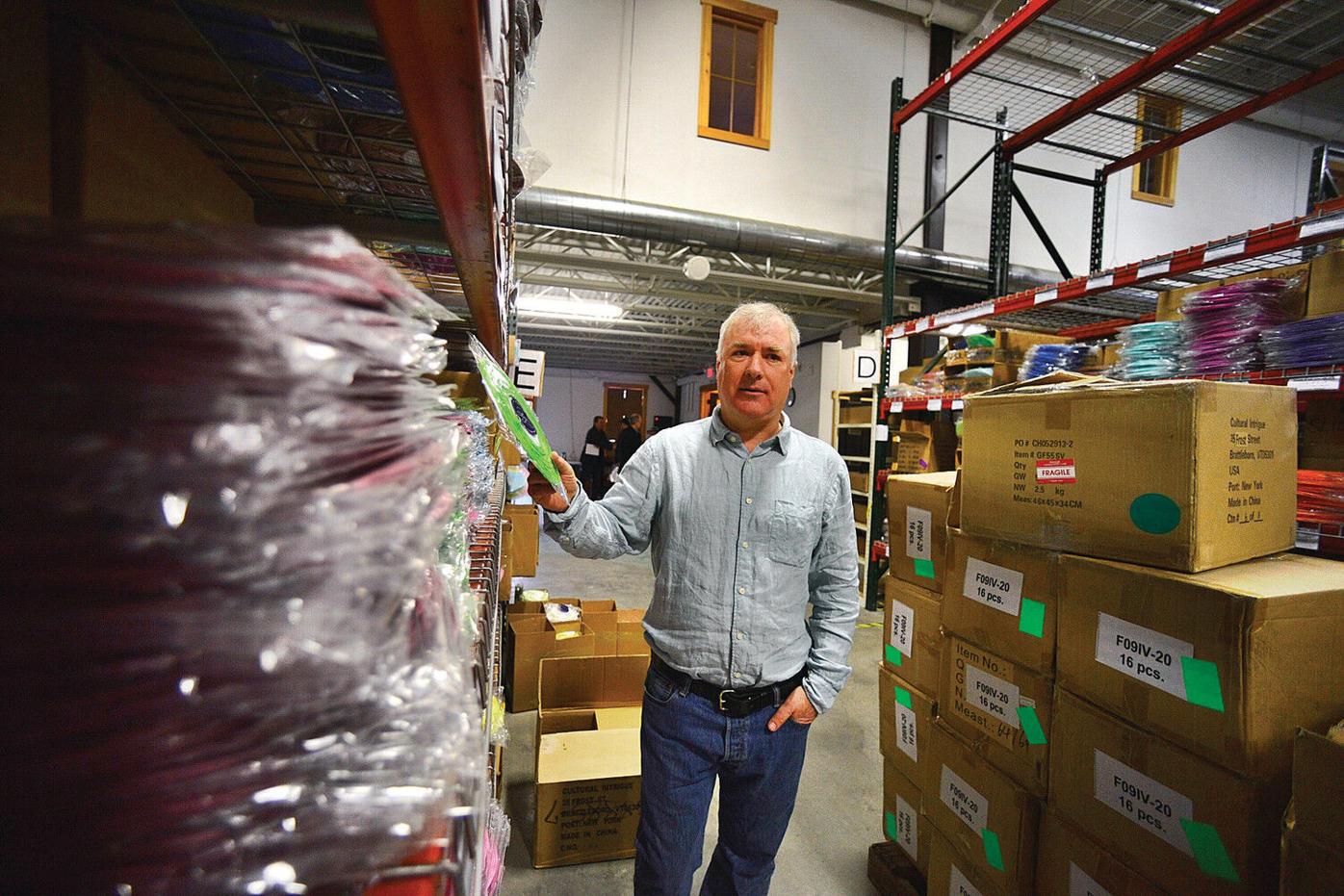 Pierre Capy, the co-owner of Mocha Joe's, looks over the old inventory inside the Cultural Intrigue building, at 35 Frost Street. 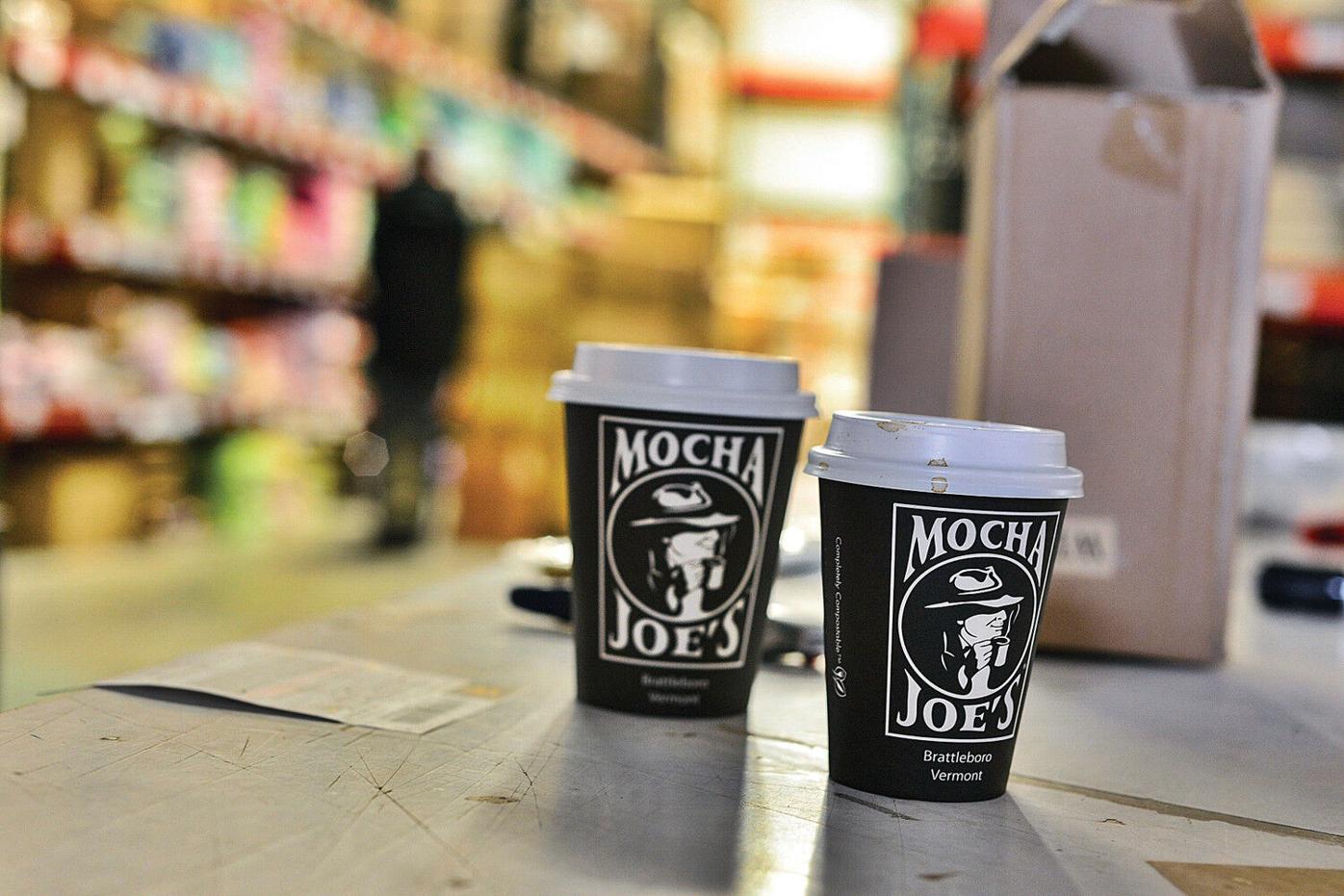 Pierre and Ellen Capy, the co-owners of Mocha Joe's, bought the old Cultural Intrigue building at 35 Frost Street for $1 million on Tuesday. 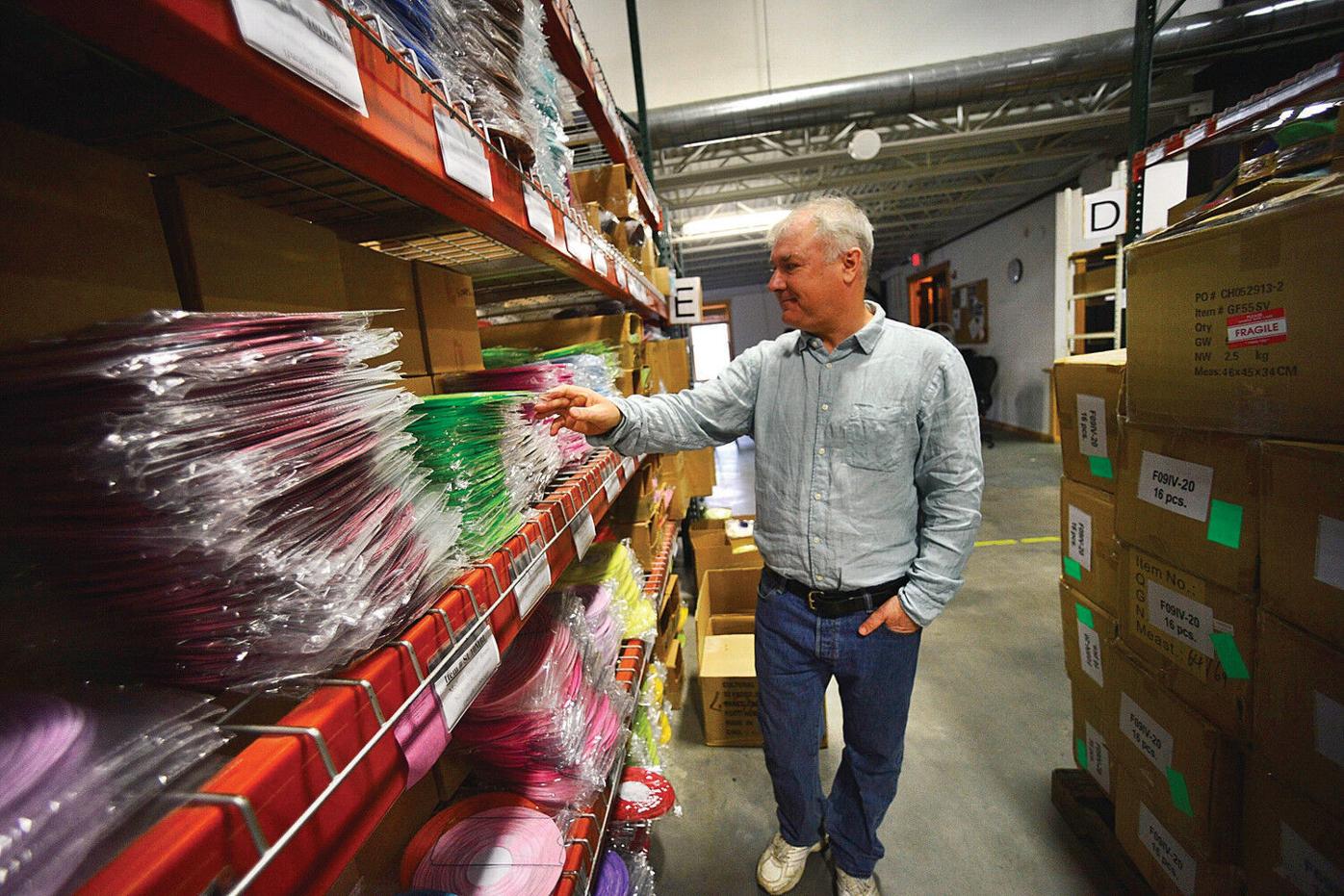 Pierre Capy, the co-owner of Mocha Joe's, looks over the old inventory inside the Cultural Intrigue building, at 35 Frost Street, on Tuesday.

Pierre Capy, the co-owner of Mocha Joe's, looks over the old inventory inside the Cultural Intrigue building, at 35 Frost Street.

Pierre and Ellen Capy, the co-owners of Mocha Joe's, bought the old Cultural Intrigue building at 35 Frost Street for $1 million on Tuesday.

Pierre Capy, the co-owner of Mocha Joe's, looks over the old inventory inside the Cultural Intrigue building, at 35 Frost Street, on Tuesday.

BRATTLEBORO — The owners of Mocha Joe's purchased the former warehouse of Cultural Intrigue for $1 million at auction Tuesday and plan to use part of the building at 35 Frost St. as a coffee bean roastery and storage facility.

At 3:30 p.m. Tuesday, People's United Bank accepted the bid from Pierre and Ellen Capy for the warehouse, built in 2011.

People's United filed a foreclosure notice on the property in October, saying in court documents filed in Windham Superior Court that Cultural Intrigue and its founder, Adam Gebb, owed the bank more than $1.55 million in principal, interest and late charges on two notes he secured in 2014 and 2015.

Gebb had also received $140,000 from the Windham County Economic Development Program, which is funded from a $10 million grant from Entergy after it shuttered its Vermont Yankee nuclear power plant in Vernon, and an additional $70,000 from a revolving loan fund maintained by the town of Brattleboro for small-business development.

To facilitate the purchase, the Capys received a 2 percent, $350,000 loan from the WCEDP fund.

Pierre said he and his wife have been working with the Brattleboro Development Credit Corp. since about December, when they learned the bank had foreclosed on the warehouse.

"Without the expertise of the BDCC, we could not have done this," he said.

BDCC Executive Director Adam Grinold said the agency is able to "welcome people in, talk to small businesses as they try to make their plans and really understand what their options are, make sure we introduce them to the right folks and that they have the right resources, that they understand all of the tools at their disposal.

"People don't come to that naturally," he said. "Our role is to make sure that they understand those opportunities and tools."

Currently, Mocha Joe's beans, which come from Cameroon, often sit in warehouses in New York City until they can be transported to Brattleboro. Having the Frost Street building will save them money on storage fees and keep their inventory close to home.

"We need the loading docks and the forklift," Ellen Capy said.

But Mocha Joe's will not be using the whole building, said Pierre Capy. "We will have two other small businesses in the building."

Pierre Capy said he was not willing to discuss who his prospective tenants might be, but added it would soon be public knowledge.

One thing he was willing to reveal is once he moves the roastery and its crew of eight to Frost Street, In-Sight Photography Project will be moving into that location.

"In-Sight wanted our building," said Pierre Capy, adding they have been looking for a location for their roastery for quite a while. "We'd been trying to find something but there is very little out there that was suitable and we wanted to stay downtown. We had been looking aggressively with BDCC."

Gebb, now living in Ecuador, opened the warehouse in January of 2011 in an area of Brattleboro well-known for flooding from the nearby Whetstone Brook. Because it was built in a flood plain, the 19,000-square-foot warehouse was built to strict standards. On April 16, Pierre will go before the Brattleboro Development Review Board, asking for a change of use permit for the warehouse.

There is inventory the Capys and his team will have to deal with, including thousands of paper lanterns and at least 20 printers. Distribution of the paper lanterns is being handled by the National Association for the Exchange of Industrial Resources, but other items, once they are inventoried, might soon be available to nonprofits. Those interested in receiving equipment should contact melody@mochajoes.com.

Mocha Joe's, which has been in Brattleboro since 1991, employs another dozen or so people in its Main Street cafe. The company also employs four full-time people and another 80 people during the coffee season in its mill in Cameroon, where beans are collected, cleaned and sorted from about 235 coffee farms. Mocha Joe's has been working directly with farmers in northwest Cameroon since 2009.

The Capys said with the purchase of the new warehouse, they expect they will be hiring more employees.

"For the community to have a going entity to step in and take over this space and support the full expansion of the building is critical," said Grinold.

Grinold credited the Vermont Economic Development Authority and the ACCD for their assistance in the purchase process.