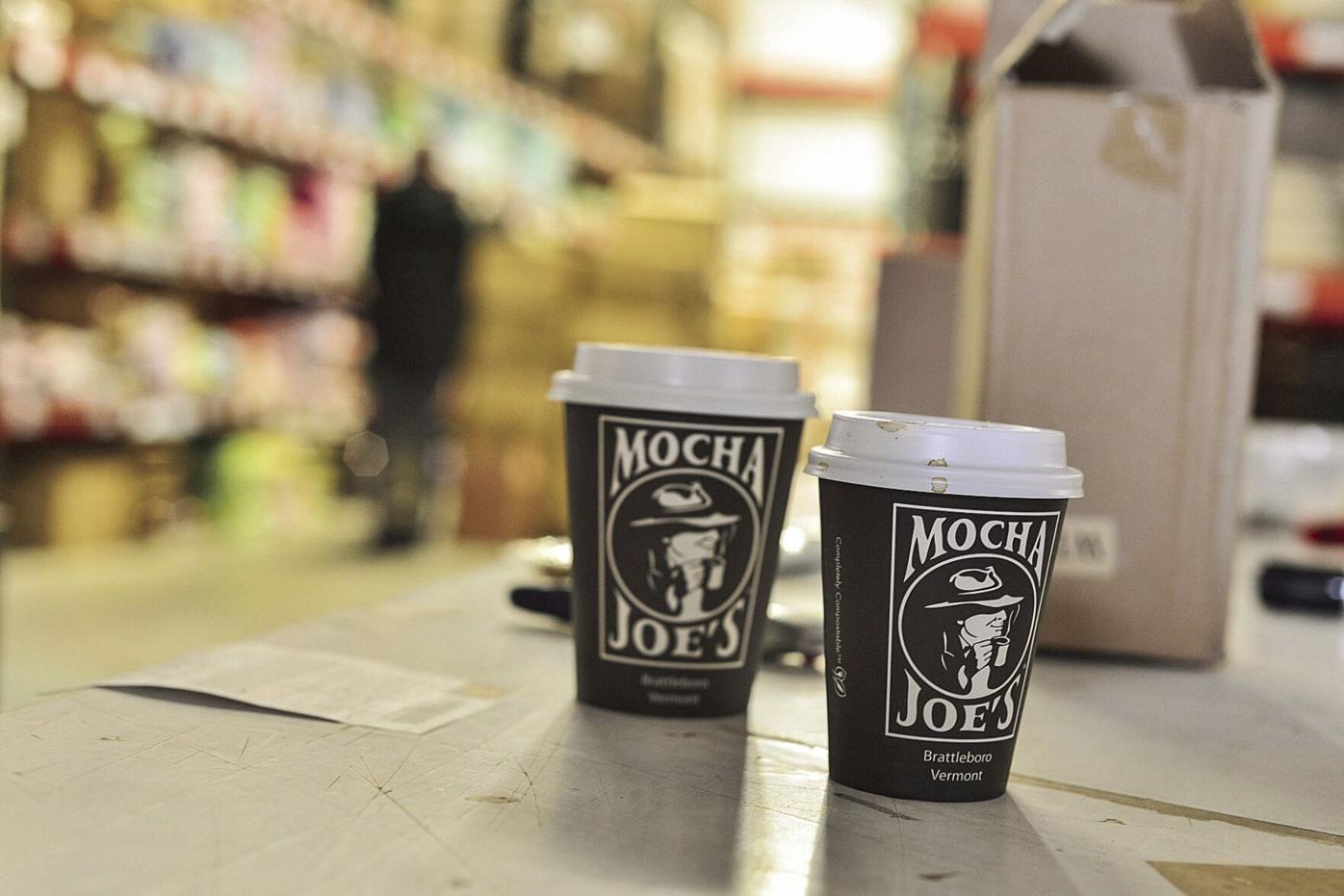 The owners of Mocha Joe’s Roasting Company fired a group of baristas who protested outside of the Main Street business last weekend. 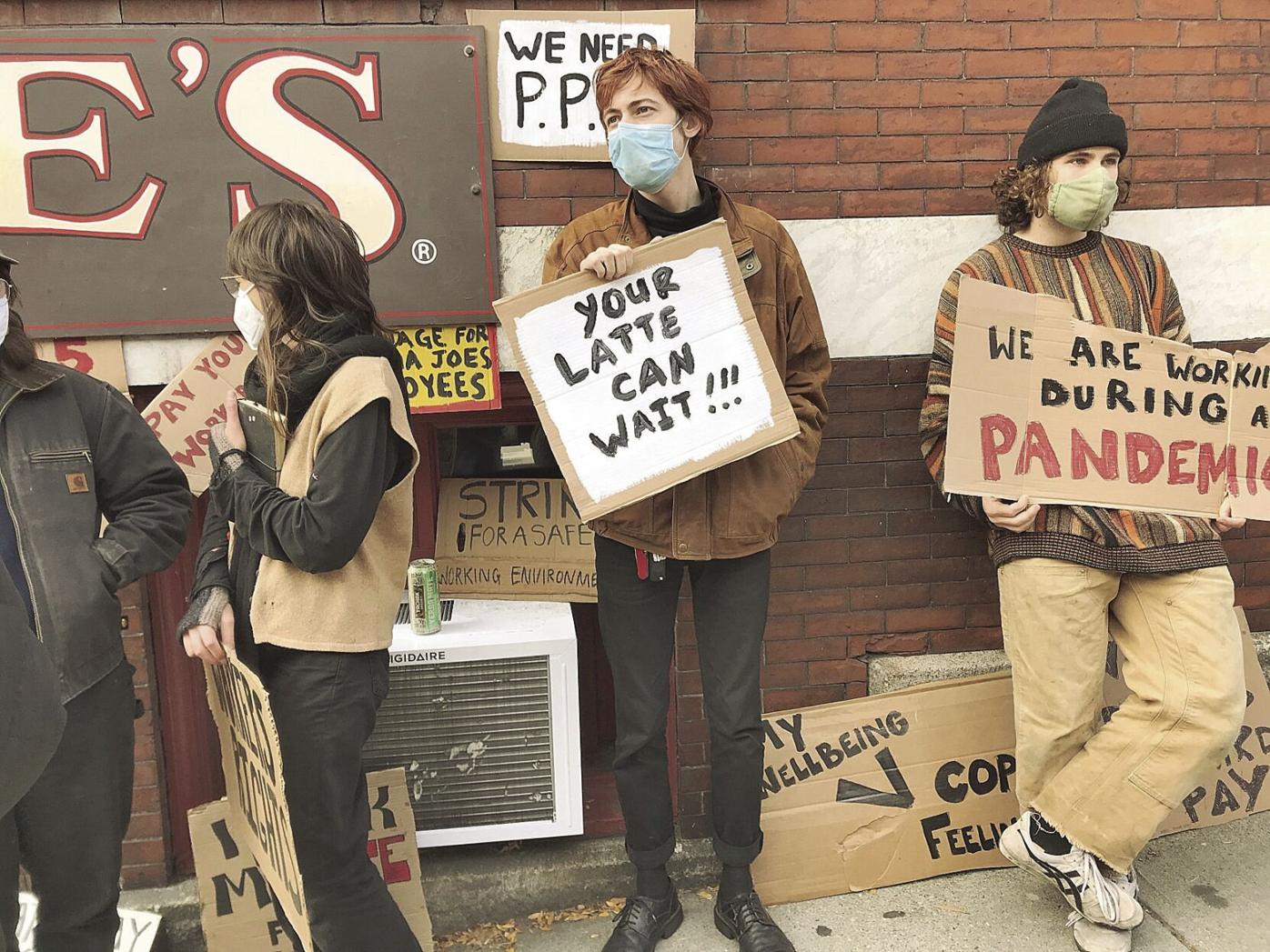 Staff from Mocha Joe’s Cafe picket in front of the business on Main Street in Brattleboro on Sunday. 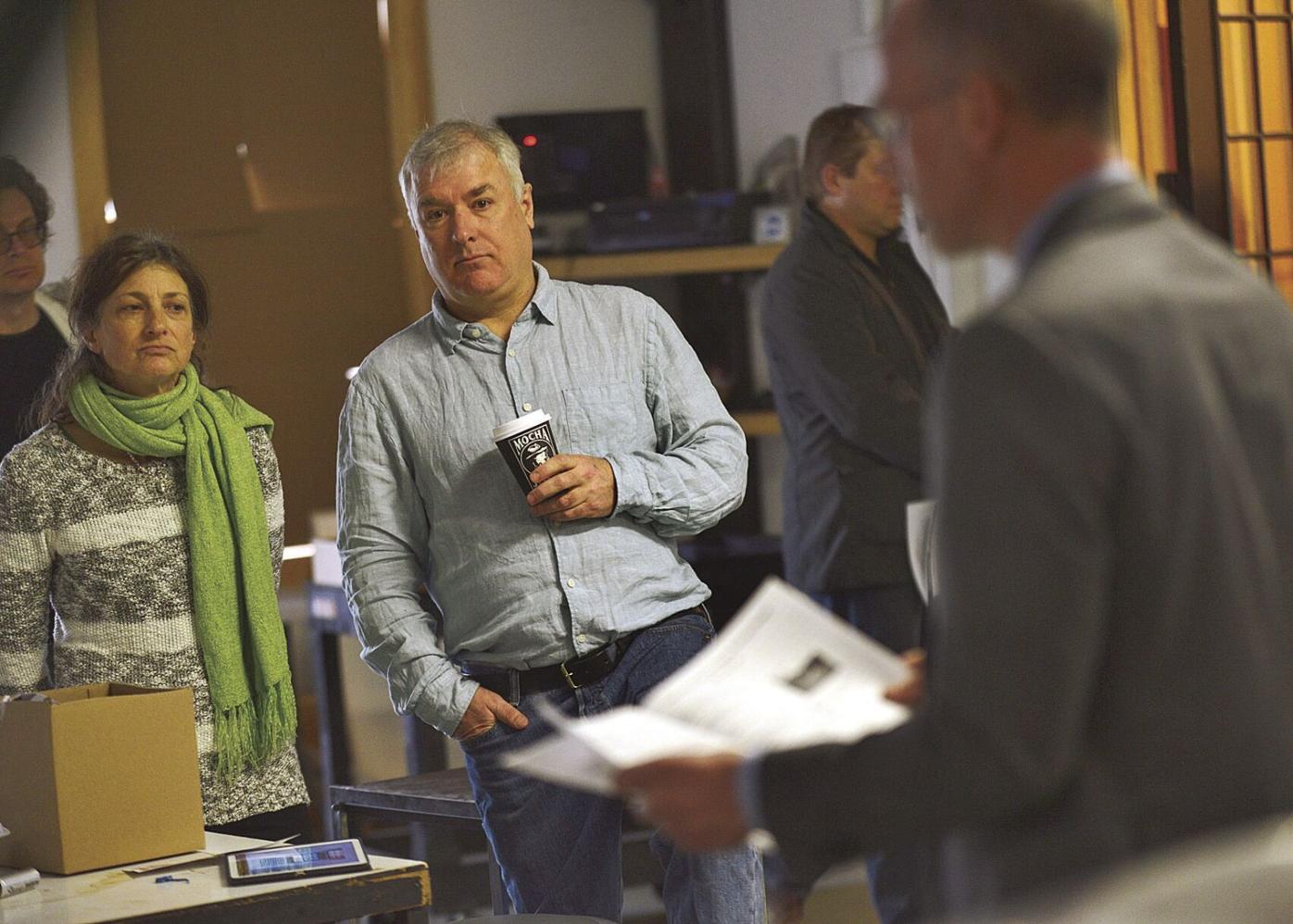 Pierre and Ellen Capy, the owners of Mocha Joe’s, bought the old Cultural Intrigue building at 35 Frost Street for $1 million in 2018.

The owners of Mocha Joe’s Roasting Company fired a group of baristas who protested outside of the Main Street business last weekend.

Staff from Mocha Joe’s Cafe picket in front of the business on Main Street in Brattleboro on Sunday.

Pierre and Ellen Capy, the owners of Mocha Joe’s, bought the old Cultural Intrigue building at 35 Frost Street for $1 million in 2018.

BRATTLEBORO — The owners of Mocha Joe’s Roasting Company has fired a group of coffee baristas who protested outside the Main Street business demanding the ability to refuse to serve customers who make them feel unsafe.

“[I]t has become clear to us that we fundamentally disagree with the employees picketing our café on how to best operate our business and how to provide excellent customer service to the Brattleboro community,” Pierre and Ellen Capy wrote on their Facebook page on Wednesday. “After extensive consideration and conversation with our community, we’ve decided to move on with our café without this group of baristas. We genuinely wish them the best.”

Attempts to reach the baristas for additional comment have been unsuccessful.

Last week, the Capys received a letter from eight of their 11 employees outlining demands that included staff should “have the ability to refuse service that makes them feel unsafe, including law enforcement.”

Earlier this week, Pierre Capy told the Reformer that an employee was fired for writing ACAB, which stands for All Cops Are Bastards, on the bottom of a coffee cup served to a police officer, later identified as Brattleboro Police Captain Mark Carignan. This wasn’t the first such incident for Carignan, who good-naturedly posted on Facebook a couple of months ago that he had received a coffee cup with a pig drawn on it.

Both employees, wrote the Capys, were offered a “path” to return to work, which involved apologizing to the officer.

The employee who wrote ACAB didn’t feel comfortable doing so, Capy said, “so we weren’t able to reinstate that person.”

In a statement issued on Oct. 25, the now-terminated baristas accused Carignan of having “multiple sexual assault allegations against him” and being involved “in the murder of a Brattleboro community member by the name [of] Michael J. Santiago.”

A second version of the letter was posted later that day, in which Carignan’s name was removed and replaced with “Redacted.”

“Our coworker was fired with no notice and no warning,” they wrote. “Earlier this year another barista had drawn a pig on the bottom of [Redacted]’s cup. Our manager responded by saying that ‘it couldn’t happen again.’ The barista that was fired recently was not an employee at that time and was not aware of the history with this one particular cop. We all tried to speak with Ellen and Pierre explaining this but neither of them showed any sign of budging from their unjust decision.”

They also wrote that “we have the ability to not serve those that make us feel unsafe. People who are being too aggressive, those we know have harmed folks in our town, rapists, and alike can all be asked to leave the café at the barista’s discretion.”

Carignan and other town employees were accused in a civil suit filed in July 2019 by former Brattleboro Police Officer Penny Witherbee of creating a hostile workplace and that she was subject to unwanted sexual advances from Carignan and another town employee. She also claimed she was denied promotions and bonus payments due to her gender and that she was “subjected to continual and frequent pejorative insults on the basis of her gender.”

In November 2019, after Carignan and other town employees were dismissed from the suit, the town settled with Witherbee, who left the Brattleboro Police Department a month after filing the complaint, paying her $35,000.

Santiago was the subject of a no-knock arrest warrant that was served on a hotel room on Putney Road on April 4, 2014, when he was shot and killed by Carignan.

An investigation conducted by the Vermont State Police and the Bennington County State’s Attorney’s Office concluded Carignan was justified in the use of deadly force.

Prior to terminating the baristas, the Capys issued a statement claiming they support calls to fix policing “and we support the Black Lives Matter movement, but our cafe’s doors are open to everybody.”

They wrote that refusing service to police officers “or anyone else for that matter” might be illegal.

“We told the group we would like to meet to discuss their other demands,” the Capys wrote. “They refused to even meet until we said yes to all the demands in their entirety. Obviously, we could not do that considering the demand to refuse service.”

In their Oct. 25 statement, the baristas wrote they “cherish” working at a place that is “an integral part of our downtown community.”

However, the baristas wrote that “when we first sent them the email containing our demands, the response was dismissive and an insufficient call to negotiations. They mistook our reply for a refusal to speak or negotiate, when it was meant to let them know that until an agreement is made we will continue to strike. Yesterday, we sent an email explaining that miscommunication and that we are open to negotiations. We have not yet received a response. Even efforts to reach out to our manager have been unfruitful. ... This was not an attempt to tarnish the reputation of the café that we do truly love, but rather a final attempt at making our needs visible.”

Ellen Capy told the Reformer on Thursday that with tips on top of their base pay, baristas can make $15 or more an hour. The employees were paid a one-time bonus of $3 hour for every hour they worked during the 12 weeks after reopening in June. She also noted that she and her husband employ a manager on salary and an assistant manager who gets a higher base pay.

The former baristas disputed the $15-plus contention.

“This is inherently untrue. We do not know where they got these numbers, but we have calculated our average hourly wages (including tips) using the numbers from our last four pay stubs,” they wrote.

“However, this pay is extremely inconsistent,” they wrote. “It all depends on how busy of a week it is and how willing people are to support their baristas on any given day. We are striving to make $15 an hour. This doesn’t mean we are demanding we make $15 before tips. It is us desiring to know we will be making $15/hour if tips fall short.”

The baristas said they did receive bonus pay for working the first three months after reopening in June following the initial pandemic closure in March.

As for PPE, the baristas said they received “a few boxes of masks” and hand sanitizer, but lately were buying masks for themselves and the public out of pocket.

The Capys insisted that they “have fulfilled every request we received for additional PPE.”

The Capys also noted federal payroll protection loans “have very strict usage guidelines and we’ve followed them to a tee, including spending at least 75 percent of the loan on labor.”

In the original letter, the baristas asked for an increase in wages to $15 an hour, two weeks of paid time off for any employee testing positive for COVID-19, and the continued closure of indoor seating and the closing of the cafe’s bathroom to the public “until the employees deem it safe.” They also asked for full disclosure and transparency of company finances

In their post announcing the terminations, the Capys wrote that “the handful of baristas picketing Mocha Joe’s are good people trying to do what they think is right in a confusing time.”

However, they wrote, “[W]e strongly disagree with their decision to target Mocha Joe’s, a family-owned coffee shop in a small town, during a pandemic.”

The Capys also noted that the café will be closed for a few days.

However, Carignan released a statement on Oct. 25.

“I have patronized the business for nearly two decades and have almost always found their staff friendly and helpful,” Carignan wrote to the Reformer. “They also have delicious coffee. I know both Pierre and Ellen Capy, as well as several of their employees, and hope to patronize their business again soon.”