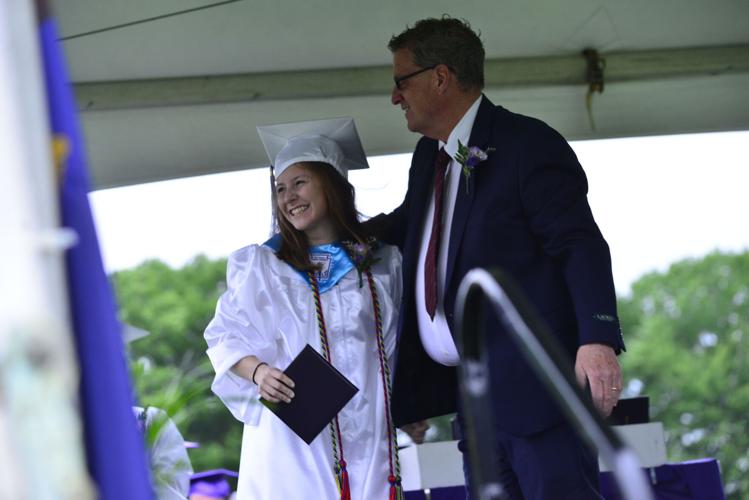 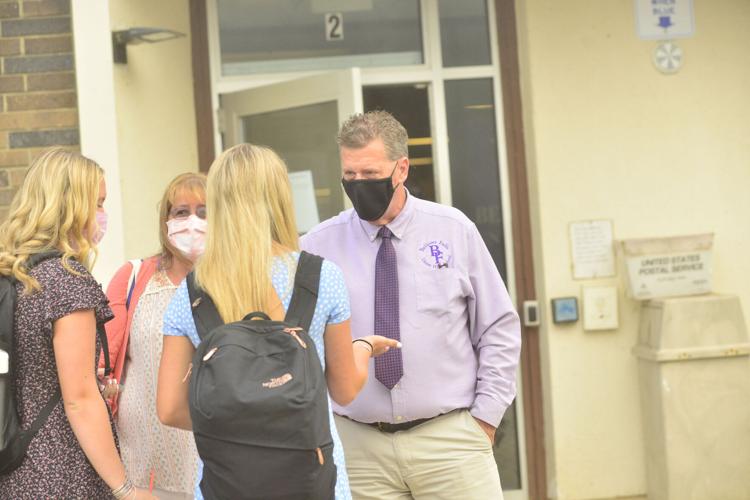 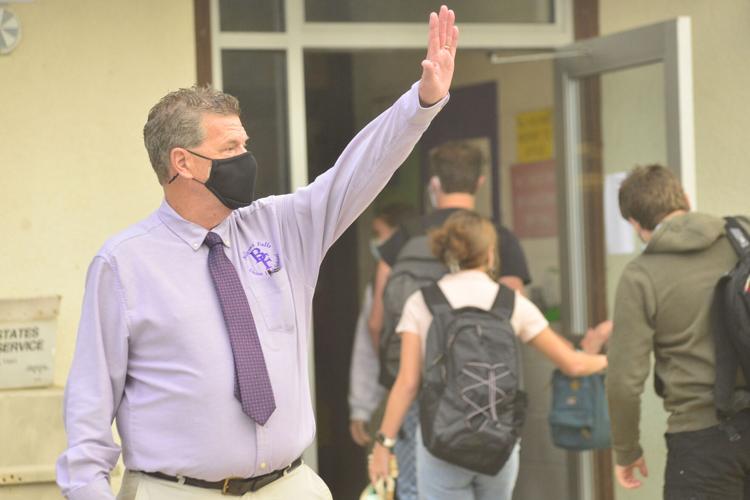 Broadley, in a letter to Superintendent Andrew Haas and the School Board dated Tuesday and read at Tuesday night’s meeting, said he made his decision “with a heavy heart.”

As Banik read his brief “leaving” letter, he kept his eyes down and didn’t say anything.

Broadley, 63, of Bellows Falls, has been at the Westminster school for 21 years as a teacher, coach, athletic director, assistant principal and as of 2021, principal. He was paid $102,000. He succeeded longtime Principal Christopher Hodsden.

Broadley first came to Vermont 30 years ago, coming to teach at the Greenwood School in Putney from his native Scotland. He landed at the high school as a special education teacher in 2002.

“I would like to thank you, the students, parents, staff, and community for the opportunities that have been provided for me over the last 21 years as a teacher, athletic director, assistant principal and the principal of BFUHS. While I look forward to the opportunities that lie ahead, it is with a heavy heart that I write this letter as I love this community, school, students and staff. I am proud of the accomplishments that we have achieved together throughout my tenure,” Broadley wrote.

“I assure you I will give BFUHS 100 percent effort until the day that I leave. I will end the year strong and continue to work to provide the best academic and social emotional experience for the students and staff at BFUHS,” his letter concluded.

Broadley’s departure leaves vacancies in two of the four principalships at the Windham Northeast Supervisory Union. Bellows Falls Middle School Principal Susan Johnson was placed on administrative leave by Haas in October, and she resigned two weeks ago.

Lambert said Broadley has shown leadership during a difficult two years in education. She was the only director to speak, except for Banik, who did not cast a vote.

Director David Clark of Westminster made the motion to accept Broadley’s resignation “with regret,” and the vote was unanimous, with Lambert’s abstention.

He had been assistant principal for 11 years and was the school’s longtime girls’ soccer coach. When he was tapped by former Superintendent Christopher Pratt as principal, he was praised for his connection and dedication to the BFUHS community.

The board has wrangled with Broadley over lack of action on several issues, including several instances dealing with the building such as the heating and ventilation system, and whether the 50-year-old high school has the same PCBs issue as the ill-fated Burlington High School.

Earlier this year, some board members repeatedly sought information from Broadley about claims from one of the high school’s counselors that there were constant racist incidents at the high school.

And the issue of the school receiving a private $250,000 grant to support the teaching of financial literacy was a constant thorn between some board members and Broadley. The grant was received three years ago, but nothing was done with it.