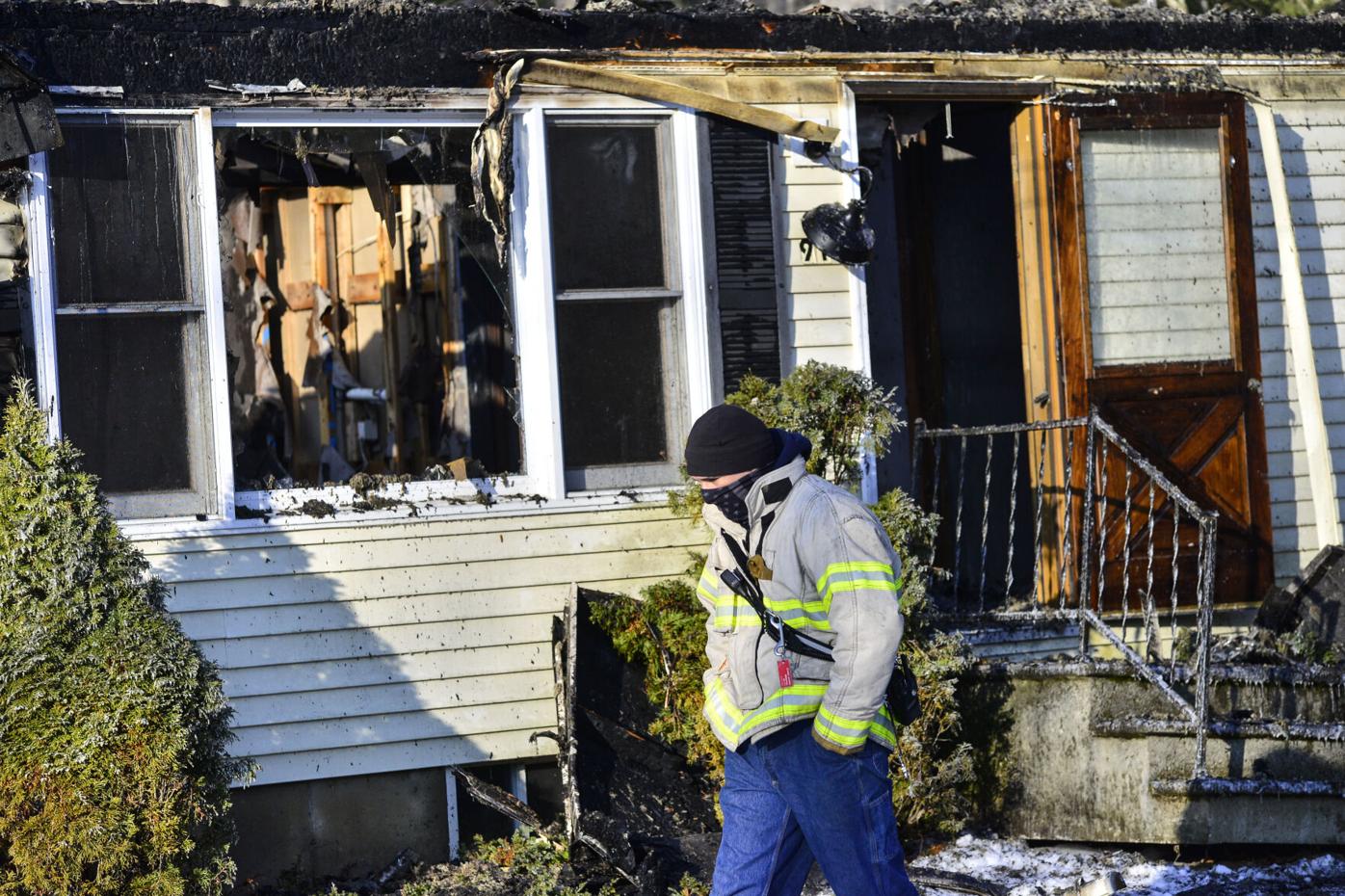 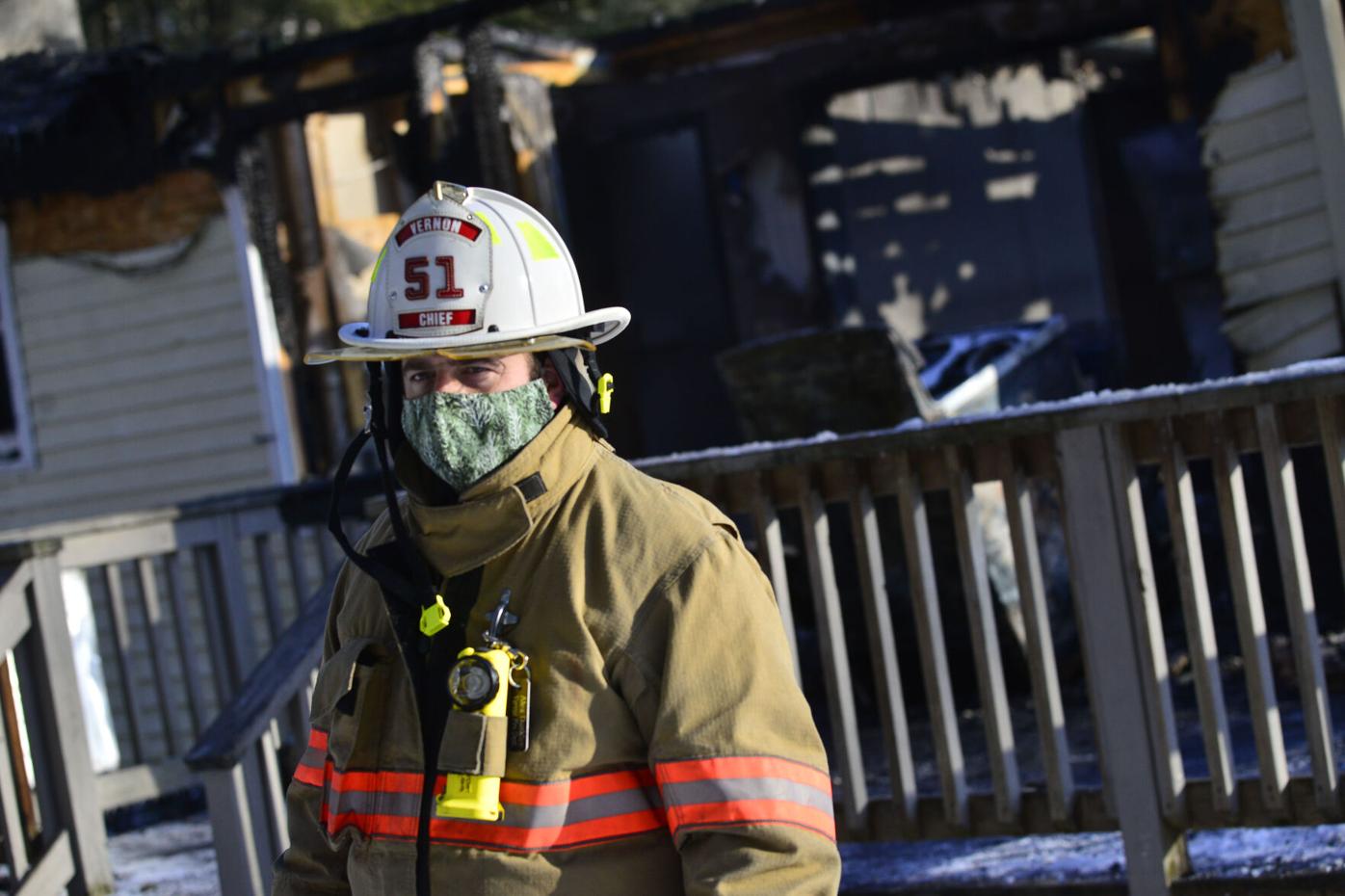 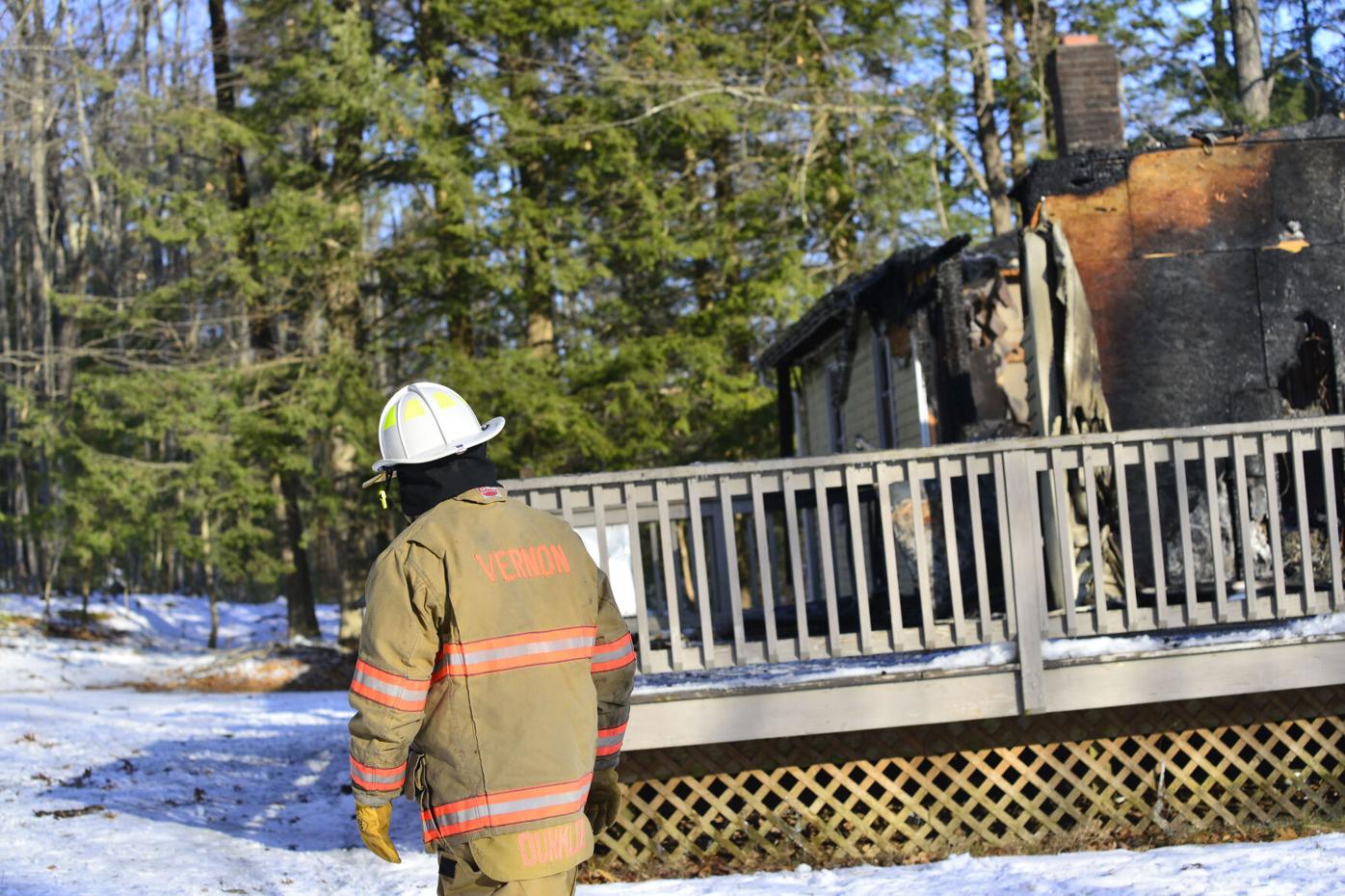 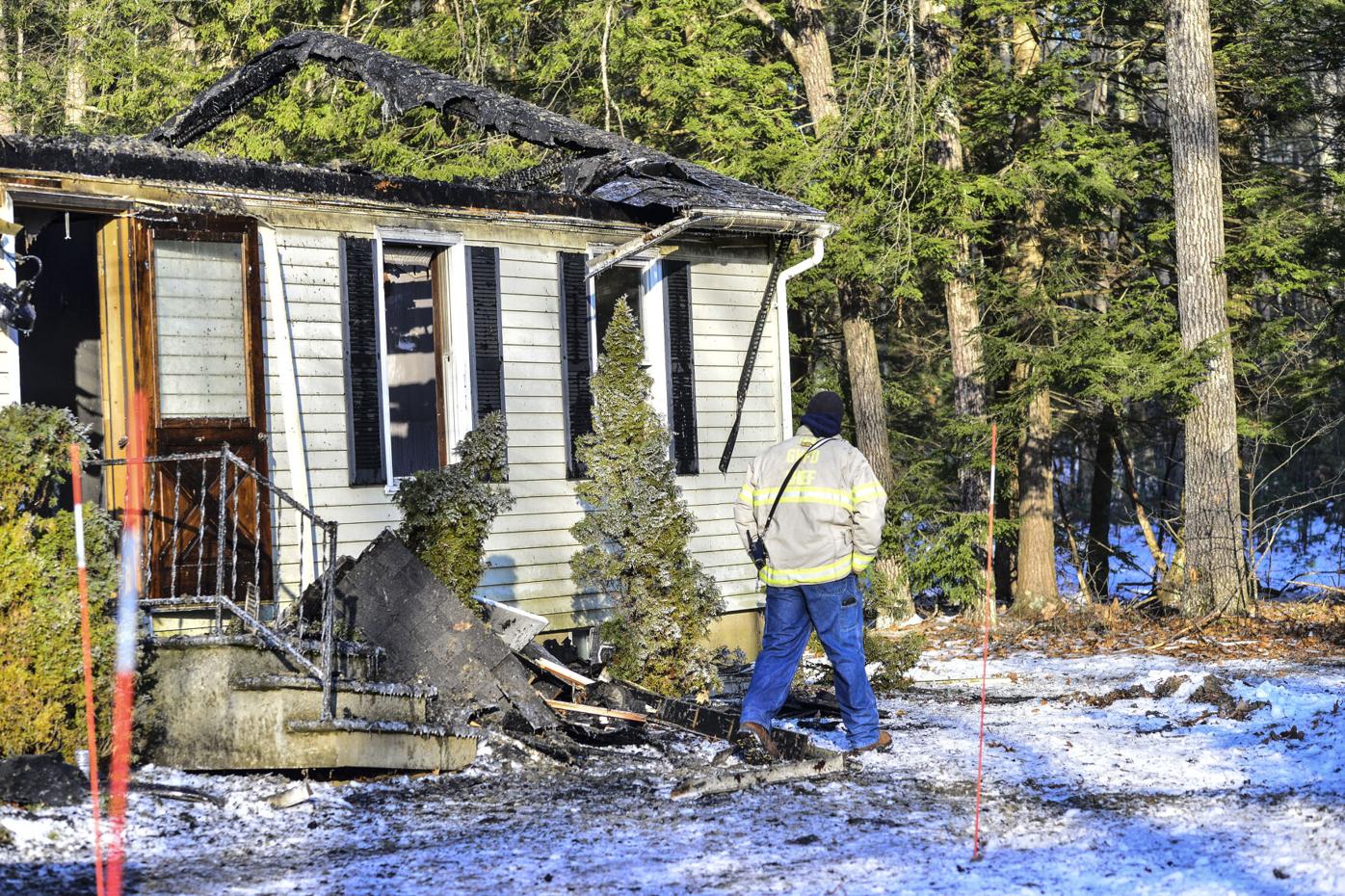 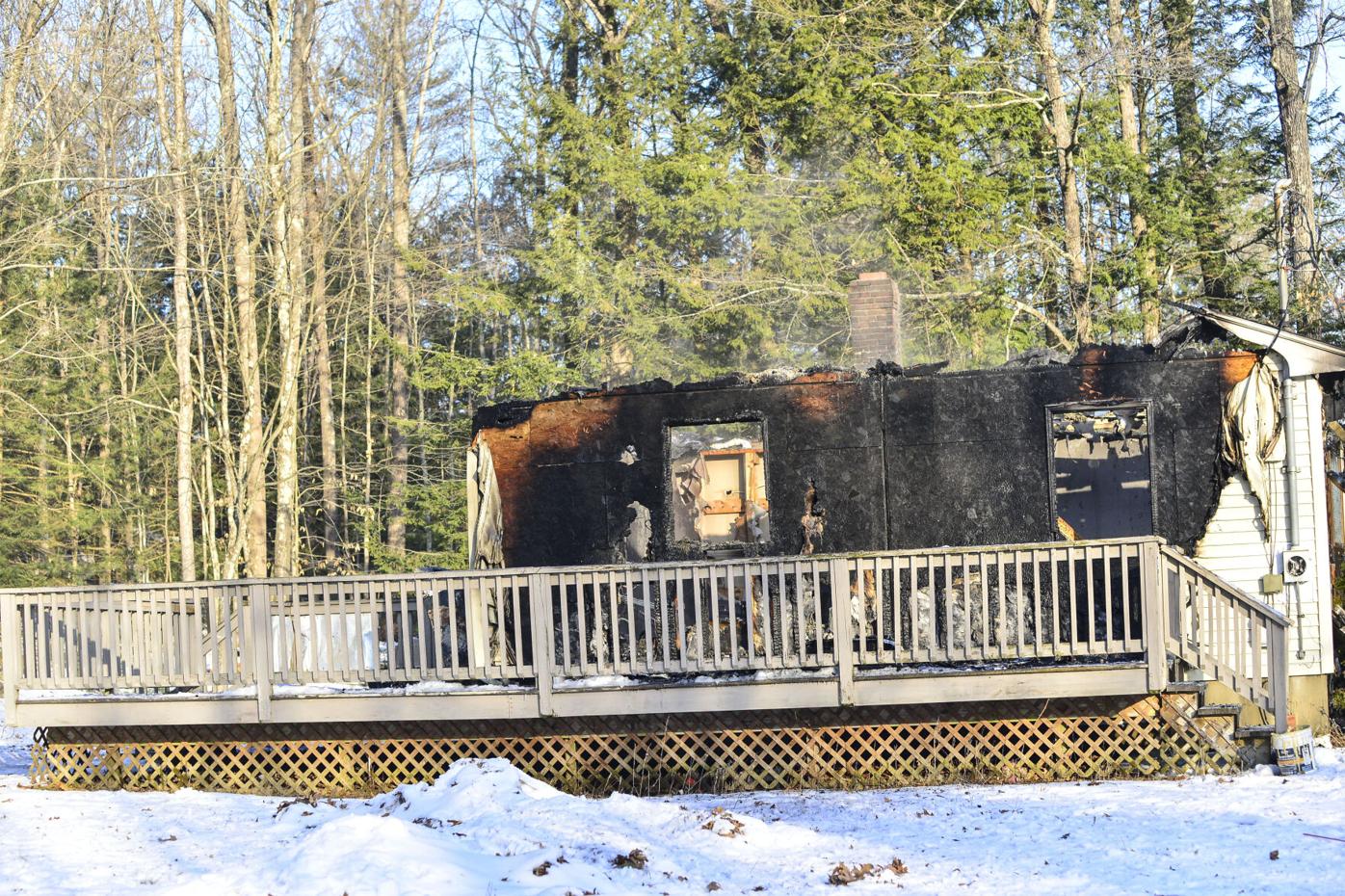 Vernon Fire Chief, Alex Dunklee, was the first person on the scene, but because the Vernon Fire Department is currently not active, Dunklee communicated to Guilford Fire Chief Jared Bristol that he saw flames while on Huckle Hill Road, which led to the second alarm call.

“The fire was going from one end of the building to the other,” said Bristol. “It was a trussed construction which allowed the fire to spread quickly.”

Bristol said that no one was living at the residence at the time of the fire, which led him to call the Vermont State Police Fire Investigators to look into the cause of the fire at the modular home.

There were no challenges in fighting the fire. Firefighters started from an exterior attack and slowly moved into the building. The early morning cold temperatures didn’t have an effect when it came to keeping the water flowing. No injuries were reported.

Brattleboro Fire Chief Mike Bucossi said a Brattleboro engine was the first on the scene, followed closely by firefighters from Guilford and Bernardston, Mass.

“I did not go to the fire but listening to the radio traffic everything sounded to go very well,” said Bucossi, who is a member of the advisory committee — with Bristol, Dunklee, Vernon Emergency Manager David Emery, Marylynn Scherlin, Chris LaFlam and Jason Veaudry — helping Vernon to rebuild its fire department.

“The response worked as we designed it when the Vernon fire services were suspended,” said Bucossi. “The mutual aid system again worked perfectly and the new Vernon fire chief worked closely with the Guilford chief during the fire, in what appears to be a well-coordinated fire suppression response.”

Bucossi said the advisory committee continues to meet every other Wednesday night.

“Great progress is being made,” he said. “Trainings and meetings are being held twice a week by the chief and assistant chief with their staff and a formal Vermont Fire Academy class is scheduled to begin in February.”

Bucossi said after the class is completed, the Vernon Fire Department should be positioned to begin responding to incidents in town and assisting other agencies around the region.

“After all of the hard work and effort put in by everyone it will certainly be great to see Vernon fire trucks going out the door again,” he said. “I look forward to the day we will have them responding into Brattleboro again.”

Dunklee said the restructuring of the department is progressing well.

“Our roster has been divided into two groups, and each group has been assigned a training night,” he said. “Our advisory committee is still active, and has been very helpful with the rebuilding process. We are moving in a positive direction, and evaluating as we go, to ensure that we are back at full capacity as soon as reasonably possible.”