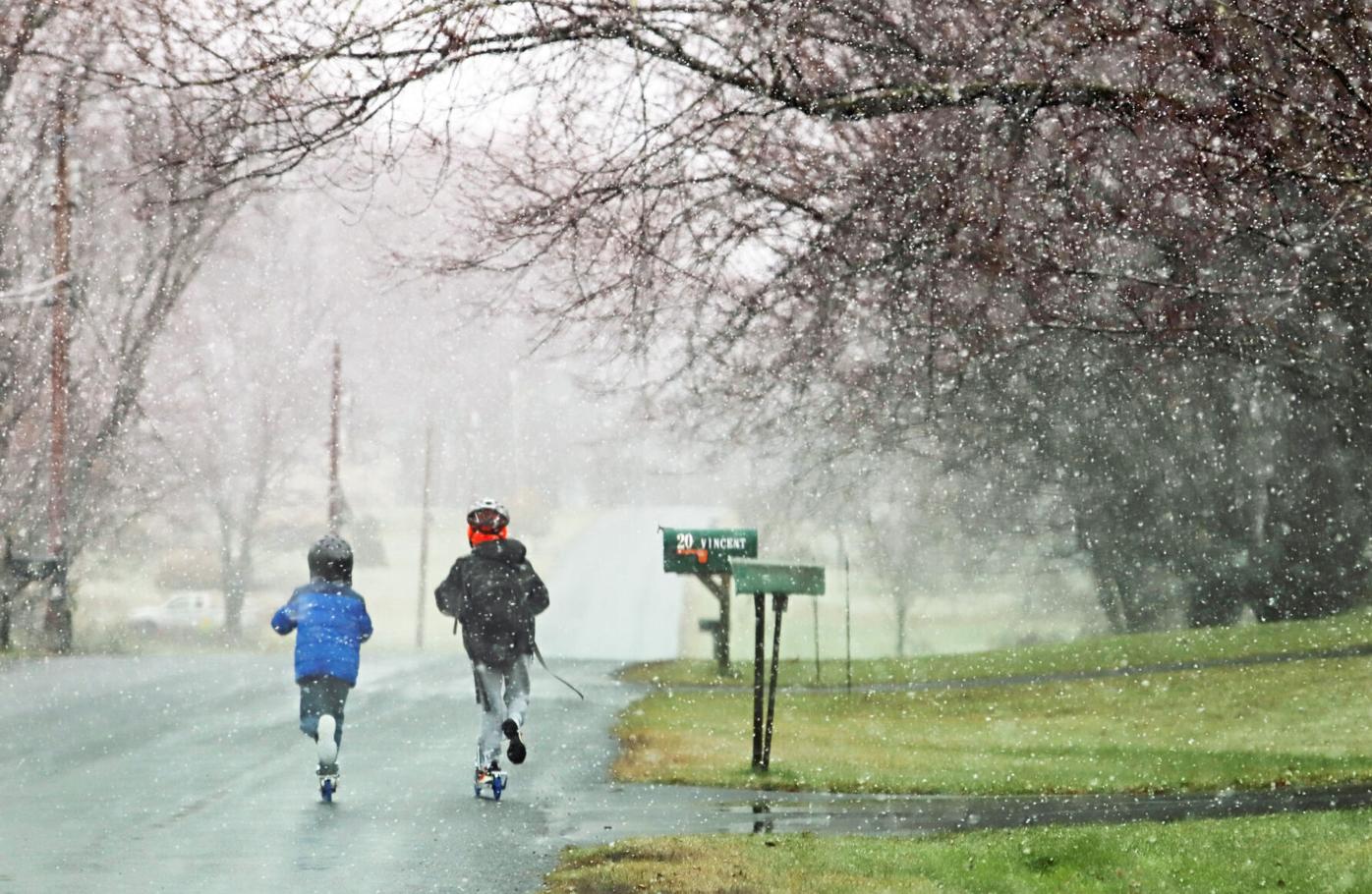 Kids on scooters in North Bennington during snowfall. 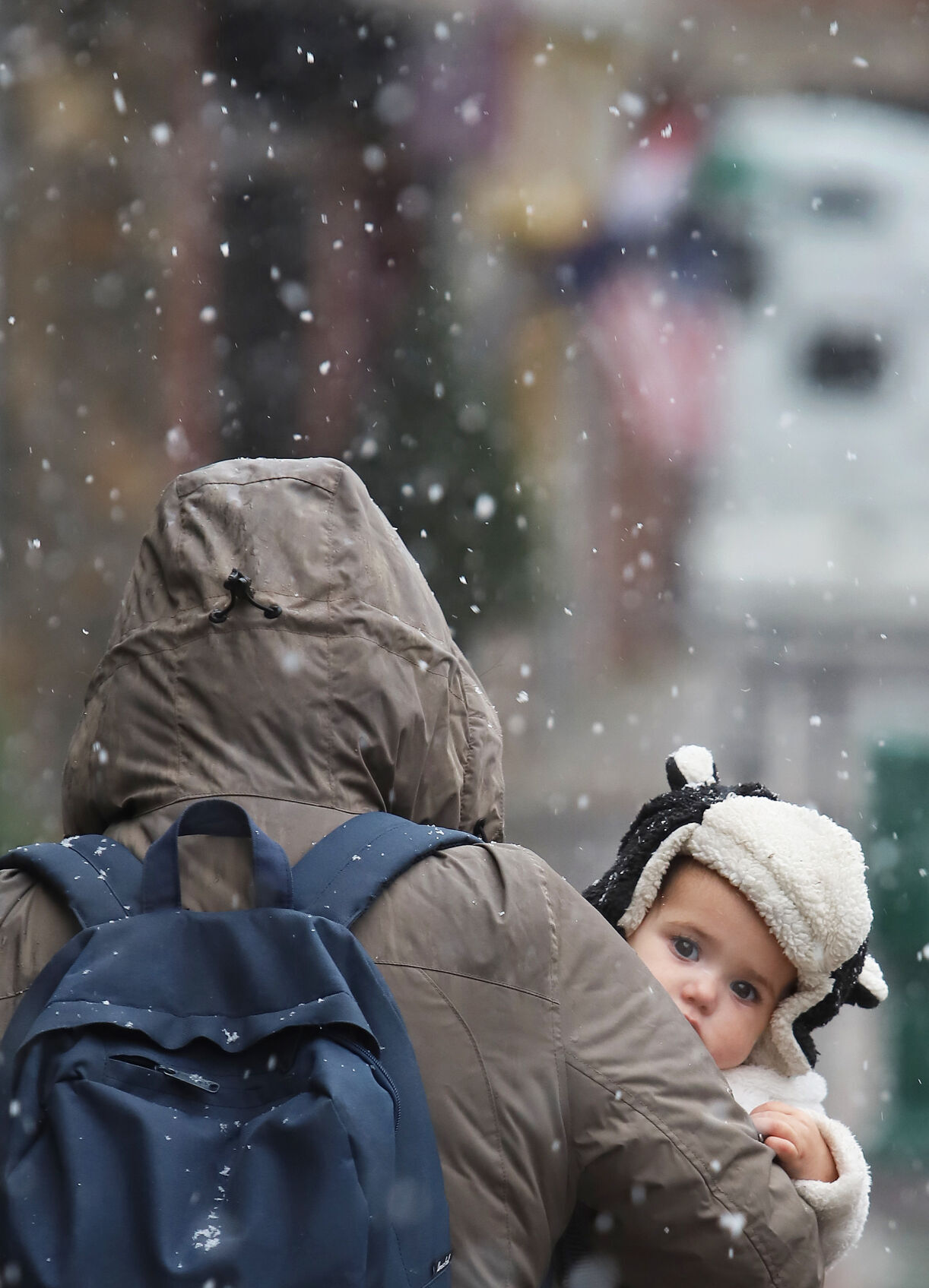 Jenny Picallo, visiting from Massachusetts on Friday, on Main Street in Bennington with her 10-month-old daughter, Marigold.

The Woodford General Store has a blanket of fresh white at about 4 p.m. Friday. Owner Ryan Hassett said the brief closure of Route 9 didn't prevent visitors from stopping in and shopping for essentials. 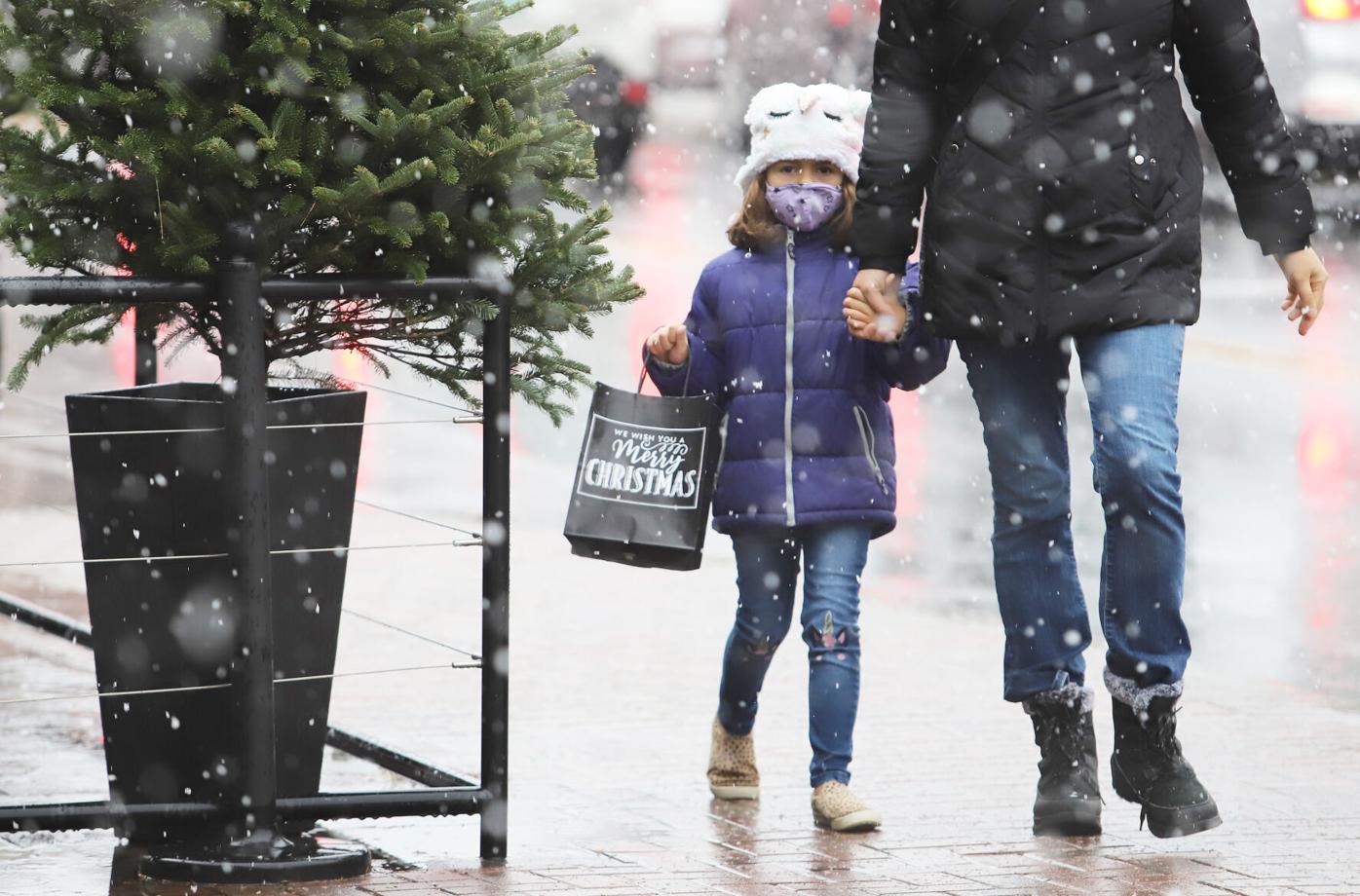 Kids on scooters in North Bennington during snowfall.

Jenny Picallo, visiting from Massachusetts on Friday, on Main Street in Bennington with her 10-month-old daughter, Marigold.

The Woodford General Store has a blanket of fresh white at about 4 p.m. Friday. Owner Ryan Hassett said the brief closure of Route 9 didn't prevent visitors from stopping in and shopping for essentials.

Up Woodford way, that was the scene for miles, said Woodford General Store owner Ryan Hassett when reached at 3:50 p.m. Friday.

Earlier in the day, Vermont State Police briefly shut down Route 9 from Old Harbor Road to Woodford mountain, and later the state Agency of Transportation issued a chain rule in effect for trucks passing from Wilmington to Bennington.

Hassett said that didn’t stop motorists and residents, who braved the weather for the basics.

“I’m still seeing cars driving up and down the road, so it’s not totally shut down,” said Hassett. “People who are living on the mountain are still coming in to get their bread and milk.”

Not too many flashing lights went by during the day, Hassett said, just a lone semi-truck wrecker heading toward Bennington to help free a spunout vehicle.

A caterer and also owner of Bringing You Vermont, the Bennington Pizza House, Vermont Confectionery, Hassett didn’t want to pin a prediction on snow totals, although forecasters initially called for up to 16 inches of snow in the higher reaches of the Windham and Bennington counties.

“There’s a wide range of numbers being thrown out there,” Hassett said.

National Weather Service meteorologist Brett Rathbun on Friday afternoon said the service did scale back estimated snow amounts after the precipitation fell at a slower rate than expected.

“We did decrease totals just a little bit. It is definitely snowing across the higher elevations of the Southern Greens. It doesn’t look like it’s falling at the intensity we were anticipating, but it still could pick up later today,” Rathbun noted.

Rathbun said snow totals for most areas, come Saturday morning, will be about 3 to 6 inches, with areas above 1,500 feet getting around 10 inches.

Coming on the heels of October, ranked as the fourth-warmest October in 142 years by the National Oceanographic and Atmospheric Administration, Rathbun said this end-of-November weather is “getting closer to the climatological normals for this time of year.”

He said there’s additional chances for snowfall later this weekend and in the coming week.

Moreover, because of the coming cooler temps, the snow might be subject to a slow melt, Rathbun said.

“It’s definitely going to be the biggest snow so far for this season, and with air temps over the next several days, especially in the higher peaks of Southern Greens, it might stick around for a while," said Rathbun.

Late Thursday and Friday, the National Weather Service issued a winter weather advisory for the region. The lower portions of the Connecticut River valley experienced rain, with temps hovering in the 40s on Friday.