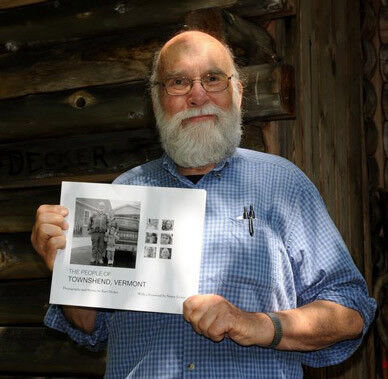 Photographer Karl Decker holds a copy of his new book of pho­tos and stories, The People of Townshend, Vermont. (Photo courtesy of Karl Decker) 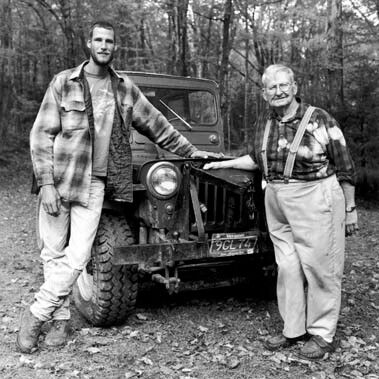 One of the images from Karl Decker s book shows two Town­shend residents that he interviewed. (Photo courtesy of Karl Decker)

Photographer Karl Decker holds a copy of his new book of pho­tos and stories, The People of Townshend, Vermont. (Photo courtesy of Karl Decker)

One of the images from Karl Decker s book shows two Town­shend residents that he interviewed. (Photo courtesy of Karl Decker)

TOWNSHEND -- Karl Decker logged more than 40 years as a teacher in Connecticut, and he has been spending time in Townshend since the 1930s.

But he learned a valuable lesson while putting together a new book titled "The People of Townshend, Vermont" over a span of six years.

Decker is scheduled to discuss his book from 10 a.m. to noon Saturday at Townshend Library. Copies will be available for sale and signing.

It's an appropriate venue for debuting a photographic documentation of life in Townshend. Asked why he chose the town, Decker had a simple reply: "I live there."

Decker's Townshend roots extend to the early 1930s, when his aunt purchased an Acton Hill farm that's still in the family. He describes himself as an "Acton Hill summer resident since 1934."

Decker left his job as a high school English teacher in Westport, Conn., in the late 1990s after 43 years. He said a desire to pursue photography full-time had a lot to do with that decision.

Upon undertaking a project to photograph and write about Townshend, "this work just began to take over," Decker recalled. "It became the most important thing I was working on."

He didn't have to look far to find willing and interesting subjects. Friends and acquaintances recommended others, and Decker also sent out a mailing to local residents at one point.

They chatted about life experiences in whatever setting seemed natural.

"Some I'd meet them outside while they're working -- chopping firewood, working on Jeeps," he said. "There was a lot of time spent leaning against barn doors and pickup trucks."

On one occasion, he ran into a former baby sitter.

"I know you," Decker recalls the woman saying. "You were the messiest baby I'd ever taken care of."

Some of the photos appeared in a 2003 issue of Vermont Life and were exhibited in Townshend for the town's 250th anniversary. Decker also took the pictures on the road to places such as Maine and Connecticut.

But any thought of a Townshend book shifted to a back burner in 2003. That's when Decker and Nancy Levine of Shelburne were assigned to travel throughout the state to produce photos and articles about Vermont's small towns for Vermont Magazine.

It wasn't August 2011 that the Townshend project was revived. The result is a 112-page book featuring 48 black-and-white portraits and accompanying stories.

Decker's website, www.karldecker.com, features more information and some of the Townshend photos.

He's hoping that those who page through the pictures will gain an appreciation for Townshend, its people and the moment in time when each image was captured. As Levine writes in the book's foreword, the photos are "a testimony to what mattered on that one day."