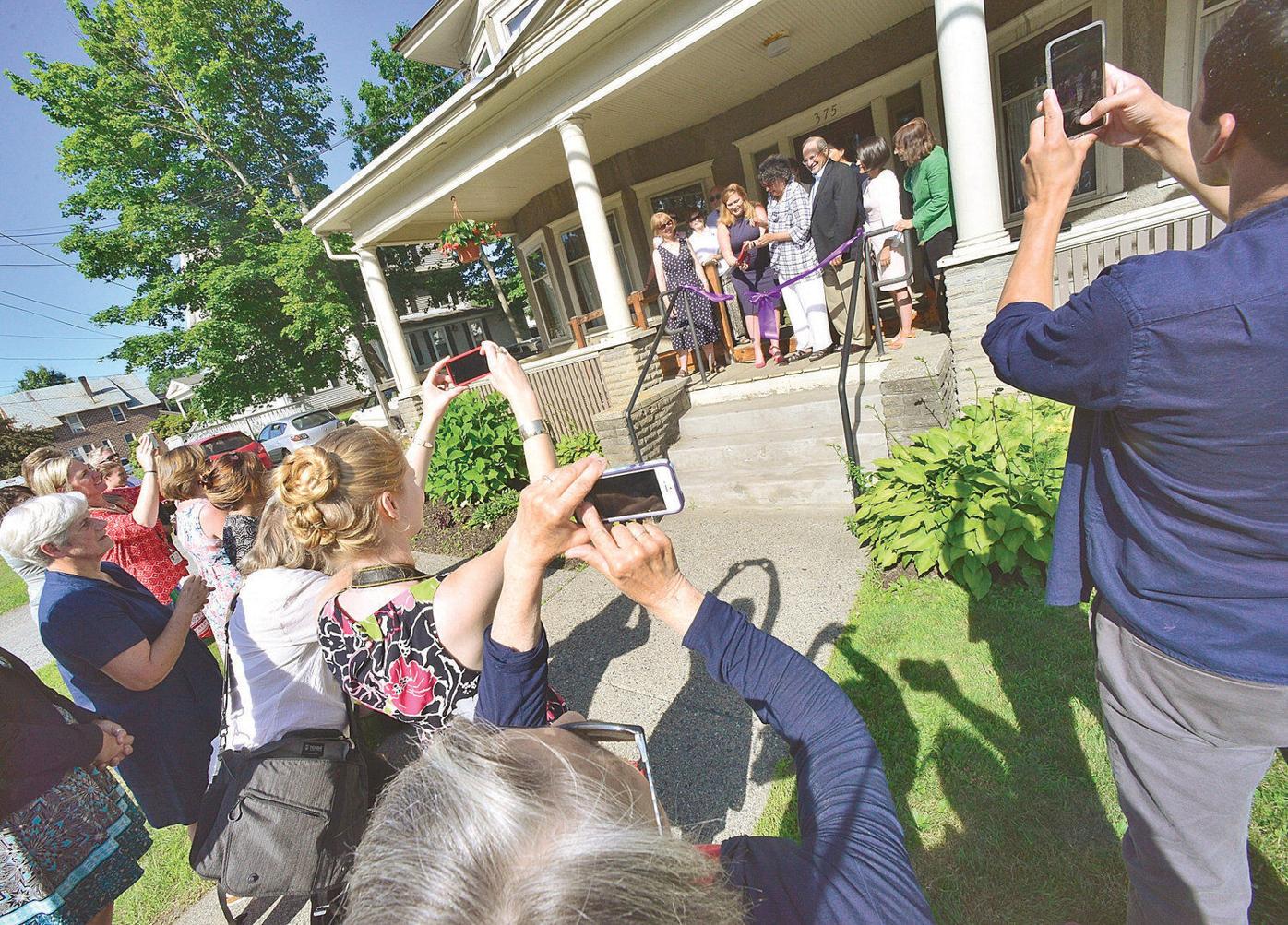 People take photos of the ribbon cutting of the new Windham County Dental Center, on Canal Street, in Brattleboro, on Tuesday, July 9, 2019. 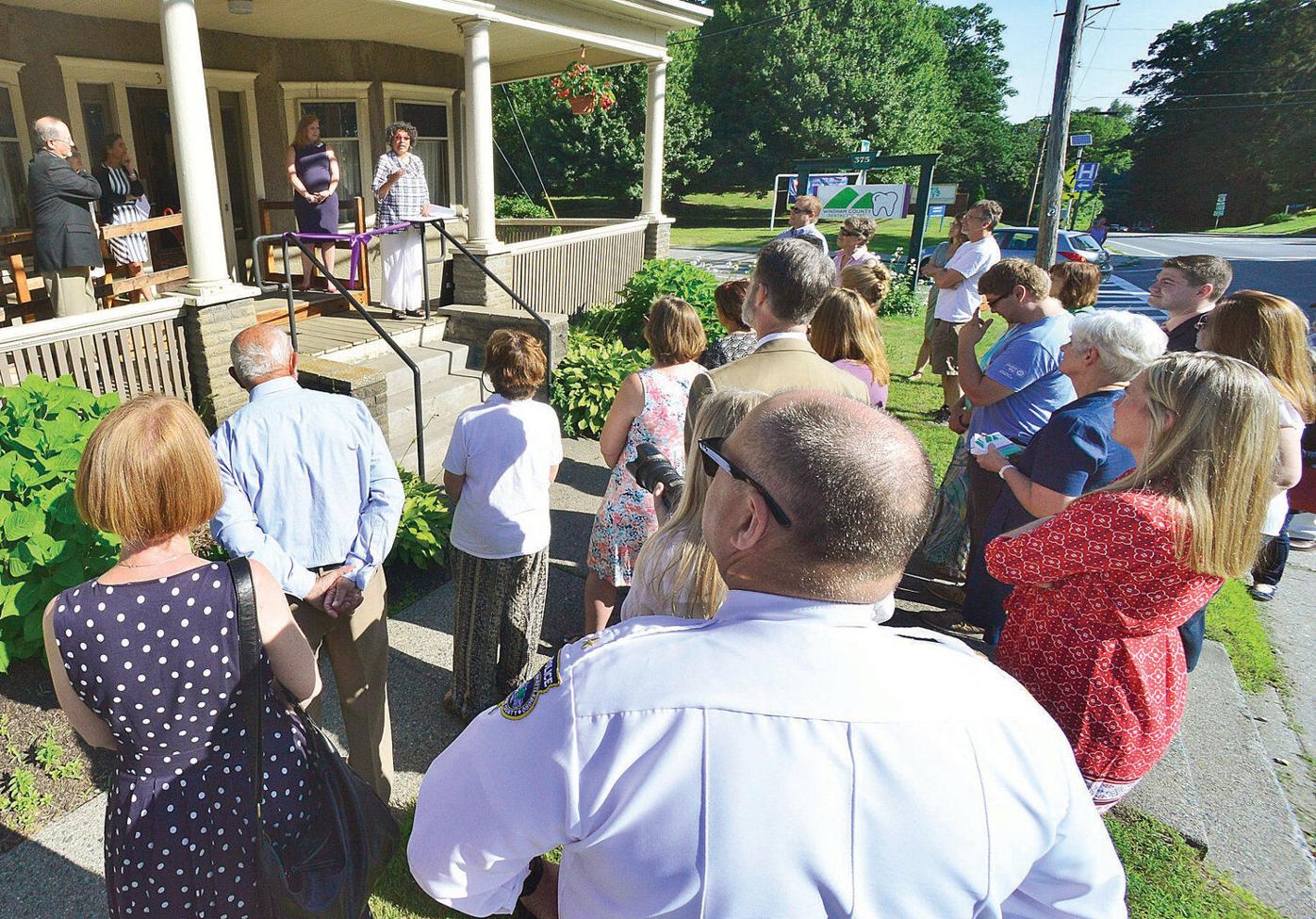 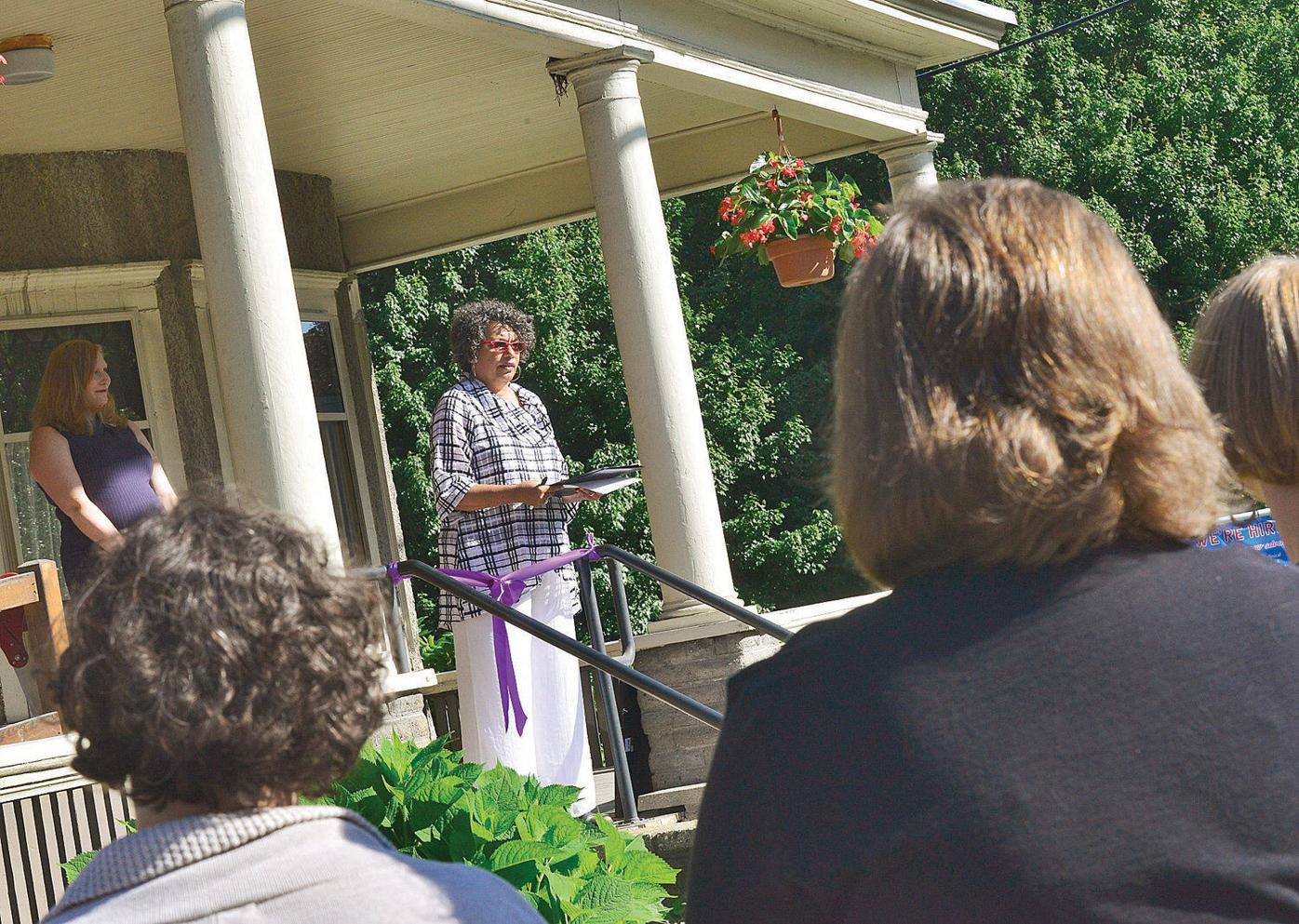 People take photos of the ribbon cutting of the new Windham County Dental Center, on Canal Street, in Brattleboro, on Tuesday, July 9, 2019.

BRATTLEBORO — The Windham County Dental Center hasn't even been open for two months yet and it has already seen more than 110 patients to whom it's provided more than 400 services.

"One of the most common services we offer is extraction," said Carmen Derby, executive director of the United Way of Windham County, which partnered with Brattleboro Memorial Hospital to pioneer this innovative model.

All new patients receive an examination and evaluation, said Derby, before undergoing procedures such as an extraction. She hopes that once the dental center has dealt with the most serious cases, it can focus on regular cleanings and general oral health.

"By the end of June, we have seen patients from most of the towns in Windham County," said Derby.

But the need was greater than just that one day a year. According to a recent community health needs assessment conducted by the hospital, there are about 5,000 adults in Windham County who don't have a regular dental care provider.

"Patients go the emergency room to get access to dental care," Eilidh Pederson, BMH's vice president of Medical Group Management and Population Health, told the Reformer in April. "And we had been hearing from our primary care clinicians that they couldn't find 'dental homes' for their patients dependent on Medicaid and those who don't have dental insurance."

Now there is a dental home for those patients that does accept Medicaid. And even though Medicaid reimbursements will double in January, from $510 to more than $1,000, thanks to legislation passed in the Vermont State House, it's still not enough to cover the cost of care.

"On average, Medicaid only covers about 50 percent of the costs," said Derby.

While the center accepts Medicaid and patients without insurance, it also accepts commercial insurance from people who live or work in Windham County.

"We welcome any and all patients to get their dental care through us," said Pederson.

The United Way and BMH received a $450,000 grant from the Thomas Thompson Trust to help pay for operations over the next three years. Other donations for the first year came from the Estate of Pinky and Marion Green, the Holt Fund and the Stratton Foundation. United Way and BMH also received $24,000 worth of in-kind work from local companies to get the building ready for patients. Those companies included GPI Construction, A.L. Tyler and Sons, Alliance Mechanical, Southern Vermont Telephone and Derby Building and Woodwork.

The United Way and BMH also received support from the Brattleboro Rotary Club and Horizon Dental, which provided equipment for the dental center.

The director of the Windham County Dental Center is Dr. Robert Ruhl, of Deerfield Valley Dental Care in Wilmington, who is also a BMH employee. He has been receiving assistance from Dr. Peter Abel and Dr. Paul Davenport, from Rutland, who have volunteered their services.

"Any other dentist who wants to volunteer should reach out," said Derby. "This is something that can really make a difference for the center."

On Tuesday, July 9, the United Way and BMH hosted an official ribbon cutting at the facility on the corner of Canal Street and Belmont Avenue.

Among those who spoke was Susan Monahan, a trustee with the Thomas Thompson Trust and Sen. Becca Balint, one of two senators who represent Windham County in Montpelier and who was instrumental in doubling the Medicaid allowance for dental care in Vermont.

"A concerned group of community members came together to make a difference three years ago and here we are, showing our community just how much they mean to us," said Pederson during the ribbon cutting. "This Center is the legacy of so many community members who played a role in making this happen. It is because of their work and their generosity that our community is left better than how we found it."

"This milestone is the result of a significant partnership between Brattleboro Memorial Hospital and United Way of Windham County," said Gov. Phil Scott in a letter read during the ribbon cutting. "This effort has already offered new dental services to meet the demand in Windham County, especially to those on Medicaid or without insurance. Thanks to the work of community partners and stakeholders, this accomplishment is a great success."

Derby and Pederson also see the Windham County Dental Center as a model for other communities around the state.

"We are presenting at a Vermont Hospital Association meeting in September," said Pederson. "We are going to talk about how community groups came together to incorporate medical and dental care in a way that impacts the most people possible."