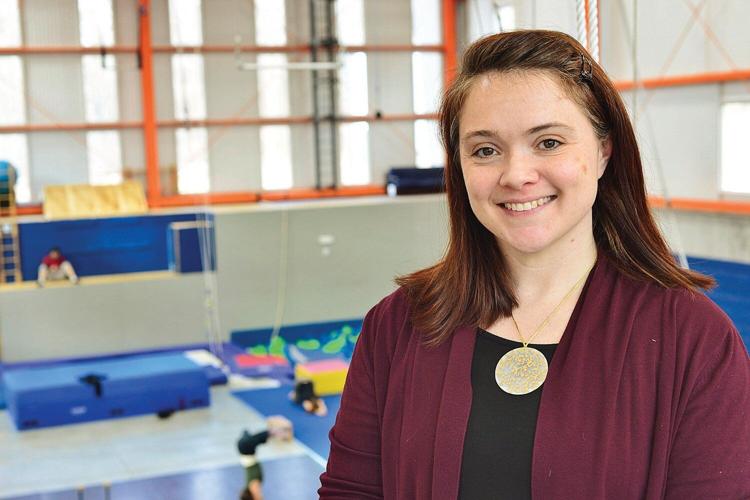 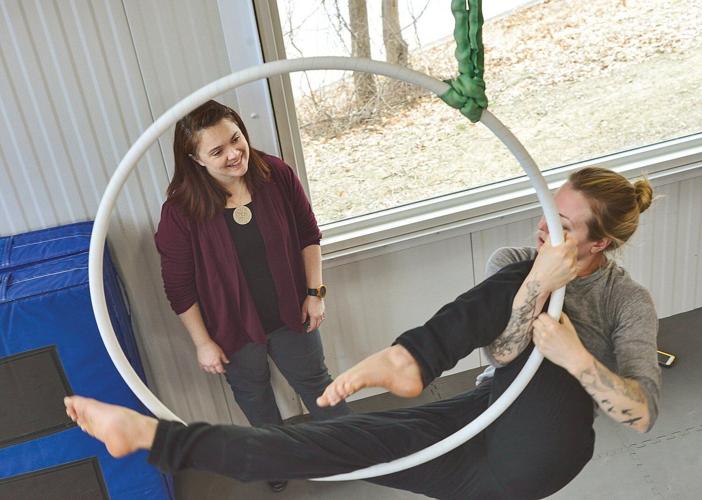 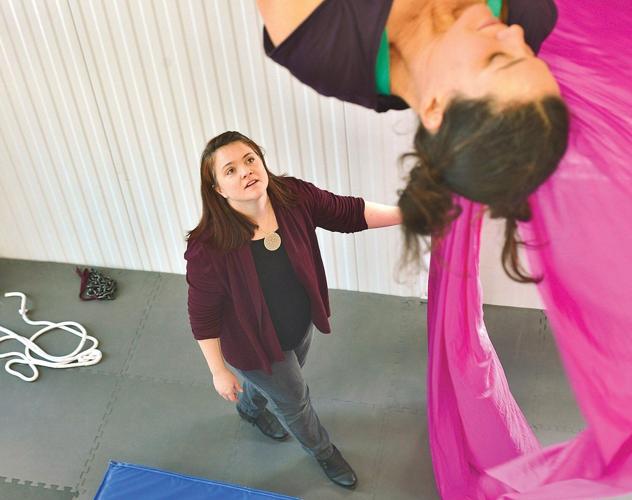 BRATTLEBORO — Jamie Hodgson compares her departure as executive director of New England Center for Circus Arts to dropping a child off at college.

"It's a really positive change for everybody," she said, calling NECCA "a special place. In fact, I couldn't bring myself to completely leave. I think I'll always be part of the NECCA community."

Hodgson is taking a new job near her home in Hartford County, Connecticut as deputy director of the National Conference for Community and Justice. She has been commuting to Brattleboro for about 16 years, having trained and worked with the founders of NECCA on circus programming prior to the formation of the organization in 2007.

The coronavirus pandemic made Hodgson want to be closer to her family. She has two young children.

Her last day with NECCA is today. But she still plans to stick around.

"I will be coaching by request if they ever want to pull me into any of the programs," she said. "I'll be back up to help."

Her 4-year-old daughter is participating in circus camp. They also plan to attend events at the circus school. Hodgson began as executive director in March 2018, after a rocky time for the organization.

"We call it the kerfuffle," she said.

At the time, Hodgson was appointed operations director. Over the last three years, the organization has "grown leaps and bounds" by her description.

"We have the largest professional training program in the country," she said. "We have a robust catalogue of recreational classes people come to take from far and beyond. We have weekend programs that are busting at the seams."

"We have a strong community of coaches, students and board members who are really devoted to the health and longevity of NECCA," she said. Hodgson said the organization anticipates the search for her successor to take two to four months.

On Monday, Wendy Harrison started as interim executive director. She previously served as municipal manager of Bellows Falls and Rockingham. Before that, she worked for Retreat Farm and the Windham & Windsor Housing Trust.

"I’ve admired NECCA from a seat in the audience for years and I’m excited to serve during the transition between executive directors," Harrison wrote in an email to the Reformer. "Jamie Hodgson has done a fantastic job, leaving the organization solid and thriving. I know that the staff will miss her leadership very much while they continue to provide excellent circus training for all. I will rely on the staff, the Board and my management experience to keep the ship sailing during the transition."

NECCA's current Board Chair Elizabeth Wohl praised both Hodgson and Harrison: "I am deeply grateful for the enthusiasm, wisdom and incredible hard work that Jamie has given to NECCA in her role as the executive director. I am delighted to have Wendy serving as an interim. Her presence will give us time to conduct a thoughtful and thorough search for NECCA next leader. The search process is underway. Interested candidates should check NECCA's website, which will be updated with information on how to apply shortly."

"It's really inspiring to see the space up and running," Hodgson said.