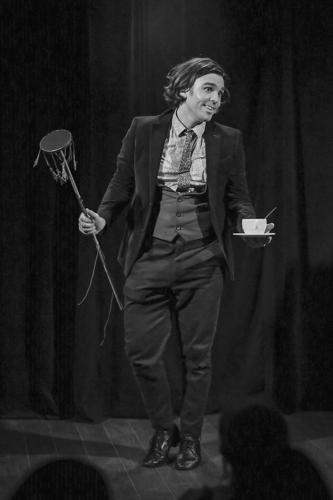 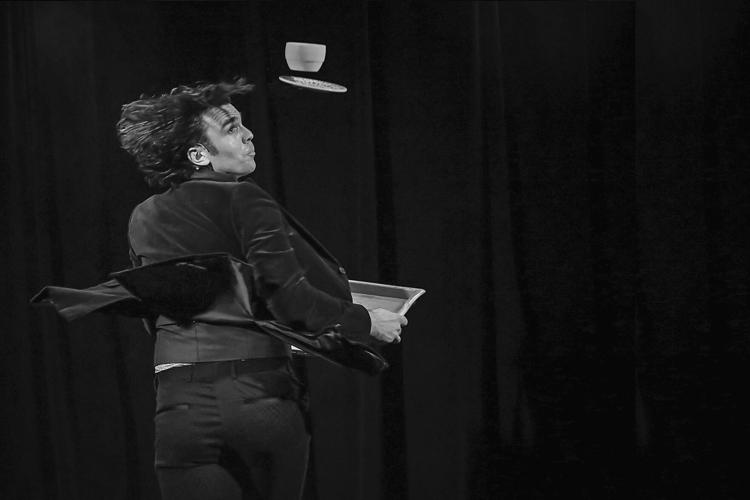 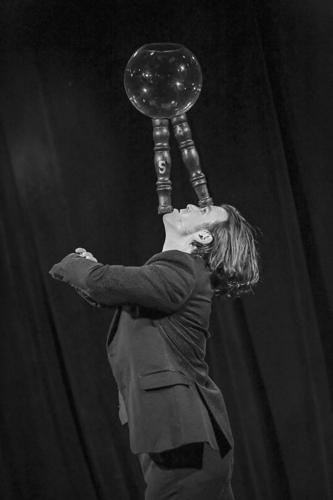 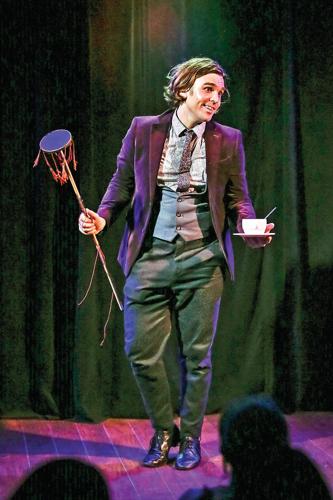 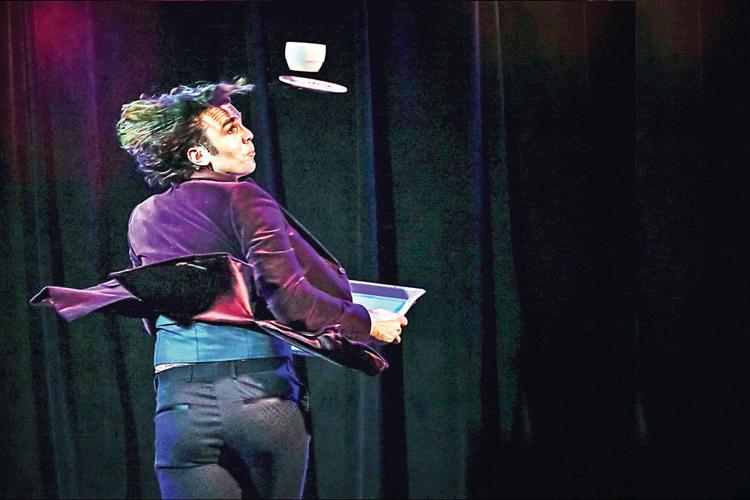 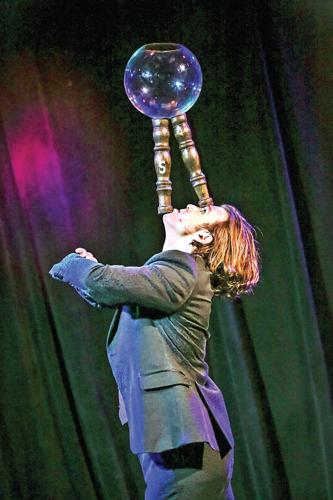 BRATTLEBORO — A former coach at New England Center for Circus Arts has "evolved" into a position where he will be juggling a lot this summer as he tours Europe with Cirque du Soleil.

"I play this sort of Charles Darwin character," said Thom Wall, who will be performing in "Totem" starting in the middle of August. "I look like I'm 85 years old."

The "Totem" tour, which involves about seven or eight shows a week, starts in Brussels, Belgium. Wall said his "pretty elaborate" make-up and performance juggling act was created by Greg Kennedy of Philadelphia, Pa.

Wall stands on a platform in an "inverted plastic cone" while he rolls illuminated balls against the cone's surface.

"It sort of looks like electrons moving around in an atom," he said. "I perform with three to nine juggling balls inside the cone using the properties of this plane that's inside."

"Totem" is described by Cirque du Soleil as "the celebration of sheer human achievement." The company has grown since its start in Canada in the mid-1980s, now captivating audiences around the world.

Wall signed a new contract with Cirque du Soleil on May 20 after he had been working on the show as a temp filling in if the other juggler was injured. Now, he's the primary artist performing the juggling act.

Like the upcoming tour, the last tour ran for 18 months. That included 551 shows.

"We just finished off the run in Japan, which is the heaviest schedule that exists for a Cirque du Soleil show, 10 shows a week," Wall said. "We have one day off per week. The schedule's usually two shows a day."

Wall worked a lot while the other juggler was in the hospital, but said he was on "lighter rotation" once the other artist came back to the show. Wall learned the main juggling act in "Totem" over two months of what he considered "very intense training." He said he was fortunate to learn it from Kennedy.

Altogether, the spotlight is on him for about 10 minutes. Other juggling tricks are also performed during this time.

With Cirque du Soleil, Wall said, there are lots of other theatrical happenings. For instance, he'll have interactions with his lab assistant and monkey before getting into the cone.

The show is approximately 100 minutes long, according to Wall. Among the acts are a roller skating duo, a contortionist, some clowns and gymnasts.

There, Wall said, the show enjoyed the most ticket sales Cirque du Soleil has enjoyed in the country. At tour's end, about 1.3 million spectators had been counted by the company, according to its Facebook page.

About 120 people perform on stage and behind the scenes of the show, Wall said.

"It's a really tight, small community — but in a lot of ways, that's the definition of circus," he said.

Over the last six months, Wall has written a new solo show he recently performed in St. Louis, Missouri. The theme is the history of juggling.

Wall said he is beginning to "book out" the 2019 season. He will also be representing the juggling culture at the 50th annual Smithsonian Folklife Festival this year, where American circus arts will be the focus. He's set to host panel discussions and act as spokesman during the festival, which is being held from June 29 to July 9 at the National Mall in Washington, D.C.

But Wall plans to make time to visit NECCA and the Vermont-based Circus Smirkus camp that goes on a regional tour. His girlfriend Chloe Walier is the head aerial coach at Circus Smirkus this year while his good friend and fellow St. Louis native Richard Kennison coaches juggling at the camp.

"Brattleboro is still my circus home, you know?" Wall said.