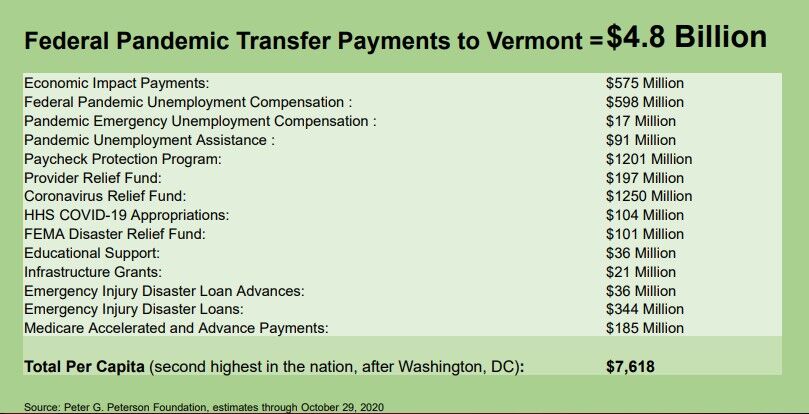 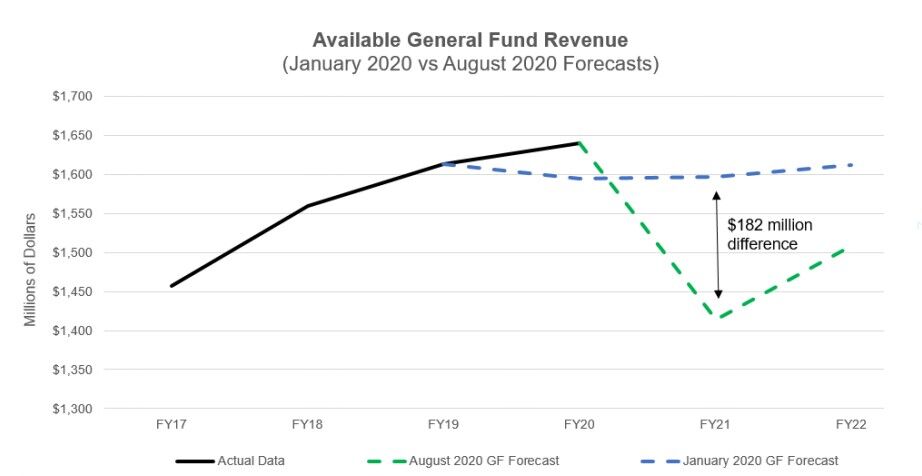 MONTPELIER — State lawmakers will have to figure out how to make up as much as $200 million in revenue shortfalls when building the fiscal 2022 budget, they were told during an information session presented by the Legislative Joint Fiscal Office on Thursday.

But current and incoming lawmakers also heard that a great deal of uncertainty remains in play: How the COVID-19 pandemic plays out, whether the federal government provides additional relief, and whether state revenues continue to exceed dire projections.

For newly-elected representatives from Windham and Bennington counties, it was a lot to digest.

“There’s a lot to unpack,” said Michael Nigro of Bennington, who was elected to the Bennington 2-2 district last month.

“I have a lot to learn ... it’s really almost an overwhelming amount of information,” said Leslie Goldman of Rockingham, who was elected to represent the Windham-3 district.

While tax revenues are running ahead of projections — which were adjusted in August to reflect a $180 million likely shortfall — the state faces significant fixed costs in its next spending plan. These include a $58 million Education Fund deficit for fiscal 2021 that must be resolved, significant increases in pension fund contributions, negotiated pay raises, and bridge funding and capital improvements for the Vermont State Colleges System.

Overall, between losses of revenue and cost increases, budget writers could be facing a gap of between $180 million and $200 million, Maria Belliveau, a Joint Fiscal Office analyst, told lawmakers. The Scott Administration has instructed its departments to prepare level-funded spending plans as well as plans allowing increases of between 1 percent and 3 percent.

“The good news is actual revenue collections are $50 million to 60 million above the August forecast,” Belliveau said. “Although this is encouraging, we have a long way to go.”

Additional positive developments, aside from a widely distributed vaccine, could include additional aid from Congress, continued increases in Medicaid reimbursements — as of now worth $22 million to the state every three months — and continued growth in tax revenue. The Legislature also has access to more than $200 million in “rainy day” funds, Belliveau and other analysts said.

State Tax Commissioner Craig Bolio, in a letter issued Tuesday as required by the state education funding law, said property taxes are likely to increase by an average of 9 percent in fiscal 2022. But Perrault reminded lawmakers that the letter is only early indication, and that it has not been the last word on taxes in recent years.

Perrault said school budgets set by boards and voters, non-property tax revenue results and the likelihood of unspent funds from fiscal 2021 being applied to the fiscal 2022 budget could all lower the projected impact.

“The first four months of non-property tax sources [for the Education Fund] are $24 million over forecast,’ he said. “if that holds, we should get some money that can chip away” at the projected tax increase.

BIRD’S EYE VIEWThe two and a half hour hearing, attended virtually by members of the state House and Senate, began with a detailed overview of Vermont’s economic landscape from Tom Kavet, the Legislature’s economist.

Kavet’s presentation emphasized the significant uncertainty facing the state and the country. “The path of pandemic and federal fiscal and monetary response — these things are driving state revenues and the state economy, and both are highly uncertain,” he said.

While the state has been a standout in managing the pandemic, “we’re definitely playing defense right now,” Kavet said of current COVID conditions, and the challenge of maintaining a low infection rate in Vermont.

As for whether the better-than-expected revenues collected by the state in the first four months of fiscal 2021 will result in an upward revision of projections, Kavet said it’s too soon to say. A revised projection is expected in mid-January.

“I think there will be an upward adjustment but it’s hard to say what that will be,” he said.

Kavet also focused on how the pandemic has affected different sectors of the economy and populations within Vermont, and how federal spending has either created or worsened economic disparities between people, businesses and economic sectors.

Those not doing as well, he said, include poorer families with no healthcare, travel, leisure and hospitality workers and companies, women, especially those with service jobs and dependent children; non-residential real estate and construction, and transportation fuel producers and providers.

Goldman, Nigro and fellow newly elected lawmaker Dane Whitman, of the Bennington 2-1 district, were struck by the disparities Kavet outlined, particularly the degree to which women have been negatively impacted during the pandemic.

“Overall we just need to continue hearing form the community and assessing the ongoing impacts,’ Whitman said. “There’s more to learn and more to hear from communities where the impacts are being felt and where relief can be directed.”