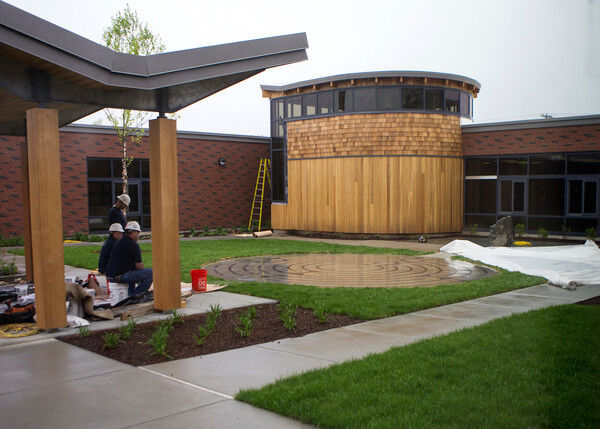 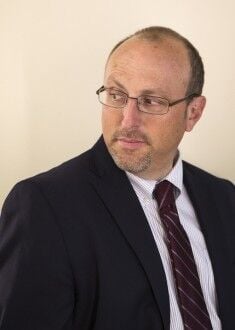 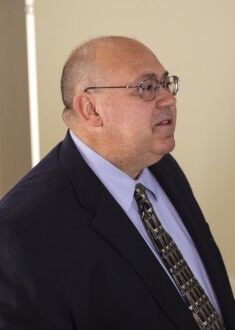 BERLIN -- The nearly complete $38 million Vermont Psychiatric Care Hospital is a state-of-the-art mental health facility that feels all but institutional.

Expected to open at partial capacity in July, the 53,000-square-foot low-slung brick structure is built following the latest best practices to improve therapeutic outcomes for patients.

"There's actually research that's been done looking at architectural features in facilities like this that reduce violence," said Jeff Rothenberg, CEO of the new hospital.

The 25-bed hospital has four wards, two larger and two smaller, so patients can be placed according to the acuity of their symptoms in higher or lower stimulation areas.

SLIDESHOW: Take a tour of the Vermont Psychiatric Care Hospital.

An open layout, warm colors, lots of windows -- with safety features that allow patients to open them -- and smooth stone sculptures and benches were all designed to create an environment conducive to recovery, Rothenberg said.

There are two courtyards, one with a small fountain and the other with a basketball court ringed by a walking track, a library, computer room, greenhouse and exercise room.

The facility will use a computerized prescription dispensing system to reduce errors in medication.

Door-knob rails and other features are designed so nothing can be looped over them, and the doors have sensors hooked into an alarm system that will go off if anything is strung over them -- a sign that a patient may be trying to take their own life.

The Berlin psychiatric hospital is the lynchpin of the decentralized mental health care system Vermont is building, and it's a far cry from the facility it was built to partially replace. The Vermont State Hospital in Waterbury, which closed in 2011, was built in the 19th century. The old brick building had been renovated several times, but the state had difficulty bringing the facility up to standard. Several patients committed suicide at the hospital, and in 2003 the federal government pulled Medicaid funding for the Vermont State Hospital.

The Vermont Psychiatric Care Center has larger communal spaces and it is designed to facilitate a broad range of therapeutic activities for patients. The center, as a result, requires a higher level of staffing than the Vermont State Hospital, Rothenberg said.

"There's a lot more space and every room has an individual bathroom, so in a hospital of this sort you need to be doing checks on at least a half-hour basis," Rothenberg said.

The increased staffing is a major factor in why the new hospital will cost roughly the same amount to operate as the previous state hospital despite serving half the patients.

The higher cost will be offset by $10.9 million in Medicaid global commitment funds, said Frank Reed, deputy commissioner of the Department of Health. Global commitment is federal money the state is able to allocate as it sees fit to improve the delivery of health services. (The state hospital in Waterbury had lost its certification from the Centers for Medicaid and Medicare services, making it ineligible for global commitment funds.)

Rothenberg said he has received verbal confirmation that CMS will allow Vermont to transfer a recently obtained certification for a smaller temporary psychiatric facility in Morrisville to the new location in Berlin.

The patient-to-staff ratio at the new hospital will be 5-1 at a cost of $2,247 per patient per day, according to an analysis of Department of Mental Health data compiled by Rep. Anne Donahue, R-Northfield, a member of the House Human Services Committee.

Reed said that's because the secure psychiatric facilities at those hospitals are one ward within a larger hospital, which defrays the cost of care and the need for dedicated staff.

The hospital will need 183 workers, of which 150 have been hired, Rothenberg said. A final round of training for staff is scheduled to begin in mid-June, and the first eight patients -- who will be transferred from the Morrisville facility -- are expected to be moved in at the end of June. The hospital is expected to fill its beds by mid-August.

More than 80 staffers from Morrisville have signed on to work at the hospital in Berlin, many of whom are veterans of the Waterbury state hospital.

Thirty direct-care nurses who worked at Waterbury have been hired to work at the new hospital, according to the Department of Human Resources. That means the state will rely on 15 to 20 traveling nurses for full staffing, Rothenberg said.

Traveling nurses earn a higher hourly wage, and much of the $750,000 the hospital budgeted for temporary workers will go toward paying their wages.

The hospital itself cost $38 million -- $9.7 million of which is needed to pay off borrowing used to finance its construction -- and according to the Department of Mental Health, it's on track to stay within that budget.

Instead of rebuilding the 54-bed Vermont State Hospital after it was damaged in Tropical Storm Irene in 2011, the state chose to contract with private nonprofit hospitals to regionalize acute care and supplement local treatment services with a smaller state hospital.

The overhaul of the mental health system was set in motion by Act 79, passed in 2012, which called for increased investment in community-based services to provide more appropriate treatment to people with mental illness and reduce the state's reliance on treating patients in expensive inpatient hospital settings.

The number of psychiatric hospital inpatient beds in secure facilities is roughly the same now as it was when all of those services were centrally located at the state hospital.

But many people experiencing a psychotic episode are still landing in hospital emergency rooms, in some cases for longer than than allowed by law, before they can get an inpatient admission.

"The idea is that if you have these community-based programs in place, people don't need to stay in the hospital for as long," Donahue said.

The problem, according to Donahue, is that those investments have fallen short of what was envisioned in Act 79, and have failed thus far to reduce inpatient admissions.

Additional peer support services and some residential recovery beds have not materialized, she said.

"It's still early, a lot of the intensive residential programs have just come online in the last year," Reed said, adding that Soteria House in Burlington, another residential recovery facility, is expected to open in January.

He acknowledged that another planned residential recovery home in the northwestern part of the state has been put on hold, but said his department is still analyzing if its needed.

"At this point in time we don't have additional resources," Reed said. "If we don't have enough to do what the system needs, then we'll have to go back to the Legislature for that."