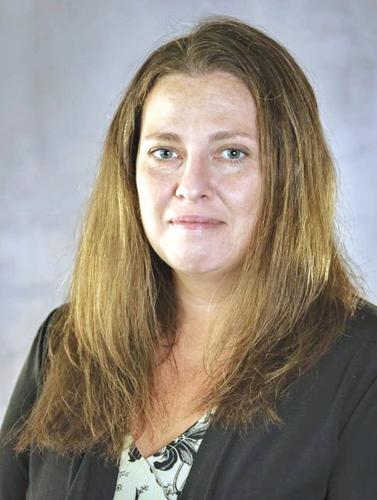 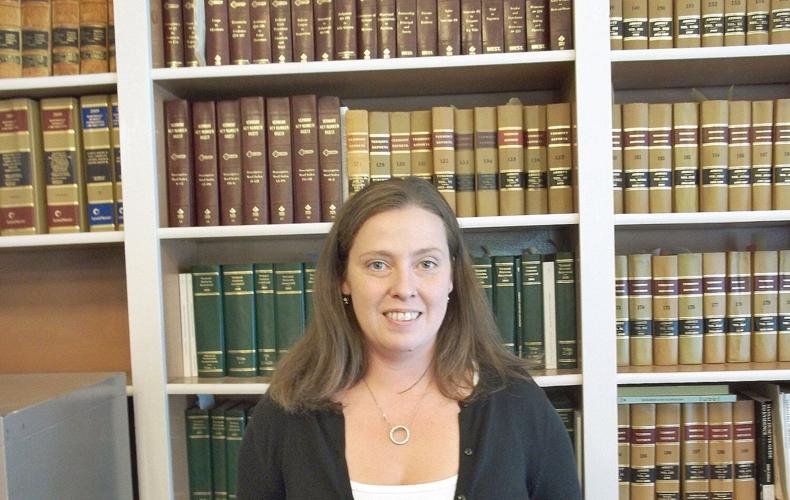 "It was clear she had a very natural ability," said James Valente, a partner at Costello, Valente & Gentry. "She kept getting better and better. In many cases, we were asking her advice."

So, Valente said, it made sense to get Sanchez licensed to sign pleadings and argue in court.

Sanchez, a Brattleboro resident, worked for the firm for 15 years having started there at the age of 22 with a high school diploma. She is the third person who worked for the firm and passed the bar exam without going to law school, having finished her four years of reading law, a method in which someone is mentored by an experienced lawyer and then allowed to take the bar exam.

Valente was the firm's first and Evan Chadwick, who now has his own firm in Brattleboro, was the second. Two more employees are now hoping to do the same.

The firm currently enjoys a 100 percent pass rate for employees taking the bar exam. Valente said since around 2006, the firm has always had someone reading law.

"I know there are other firms who have sorta put their toe in the water," he said. "I think we're the only firm in southern Vermont who does it to this extent."

Reading law can be "very advantageous," Valente said, because the participant doesn't have to pay $150,000 on law school and the firm has an employee who is getting "progressively more experienced and skillful."

"They do more things and handle clients better and assist in cases better," he said. "It's like the world's best employee development program."

Sanchez grew up in tough circumstances, Valente said. Her father, a back-up singer for country singer/songwriter Merle Haggard, was in jail when she was born and died when she was a baby. Her mother died when she was 20. She has lived locally since middle school.

While a student at Brattleboro Union High School, Sanchez wanted to be a doctor. The Windham Regional Career Center set up an interview for her to conduct with a local doctor. She said the doctor "basically quashed my dreams" by saying she didn't have the financial means to become a doctor.

Sanchez said a lot of things can be learned on the job that aren't necessarily taught in law school. She described some concepts as being difficult to envision without facing them in a real-life situation.

Starting as a part-time assistant the firm, Sanchez helped with some personal injury cases.

"I started to see we could do so much for people in so many ways," she said. "I never saw that before."

Valente told Sanchez he thought she should read law but Sanchez said she was "super nervous." She needed to get a bachelor's degree before heading down that road. Having two young children at home, she waited until they started attending public school before going back to school.

Sanchez will not have a law degree but she will be admitted to the Vermont Bar. At the time of last week's interview, she still had to pass a character and fitness assessment.

"Passing the bar was the big hurdle," she said.

Sanchez had taken the exam in February and found out she passed it during the week of April 13. She said she almost didn't take it due to all of the anxiety.

"I had a really hard time," she said. "That morning I woke up and said, 'OK, let's take it one step at a time.' I thought about all the clients and the people I could help, and that was what made me take one step to another step to get me in the room."

Sanchez found taking the exam to be "very intimidating" especially for someone who didn't go to law school. At one point, she worried that she didn't follow directions for one section. She also noticed the other exam takers were much younger than her.

Valente described having a "terrifying experience" when sitting next to people who studied law in a more traditional, didactic way.

Sanchez now plans to help clients however the firm sees fit for her. She feels most comfortable handling personal injury cases.

Valente looks at the clerkship program as a way to increase the number of local lawyers and keep local residents around. He said the Windham County Bar Association is suffering from a lot of attrition as a lot of its members are from an older generation.

Vermont joins only California, Virginia and Washington in allowing those with clerkships to take the bar exam. Valente said Massachusetts and New York will make someone show they have a legal education equivalent to an accredited law school.

Both Sanchez and Valente say the program is worthwhile.

Valente said someone can be in a tough predicament if they decide after two years of law school that being an attorney isn't what they want to do. The experience also is very valuable.

"Clients, bosses, billable hour minimums and judges chewing you out, or making mistakes and figuring out how to deal with those, are very real parts of being a practicing lawyer," Valente said.

He estimates Sanchez has assisted the firm with about 15 trials. She said she has helped with cases in civil, criminal and family courts.

Trials are becoming rarer and rarer every year, Valente said, calling it "a great tragedy." He said many lawyers come out of law school and go four or five years without participating in a trial unless they are a public defender or prosecutor.

His firm does a mix of recruiting those interested in pursuing the clerkship path and recommending that employees who are already working in the office do so. Select Board member Ian Goodnow is an example of the former. Valente said he wishes more people participated in the program.

Sanchez is the firm's 10th lawyer. The group has offices in Brattleboro and West Dover, and plans to open one in Townshend and add another one in Brattleboro.

Valente said the firm's motto could be: "We will try to clean up your mess."