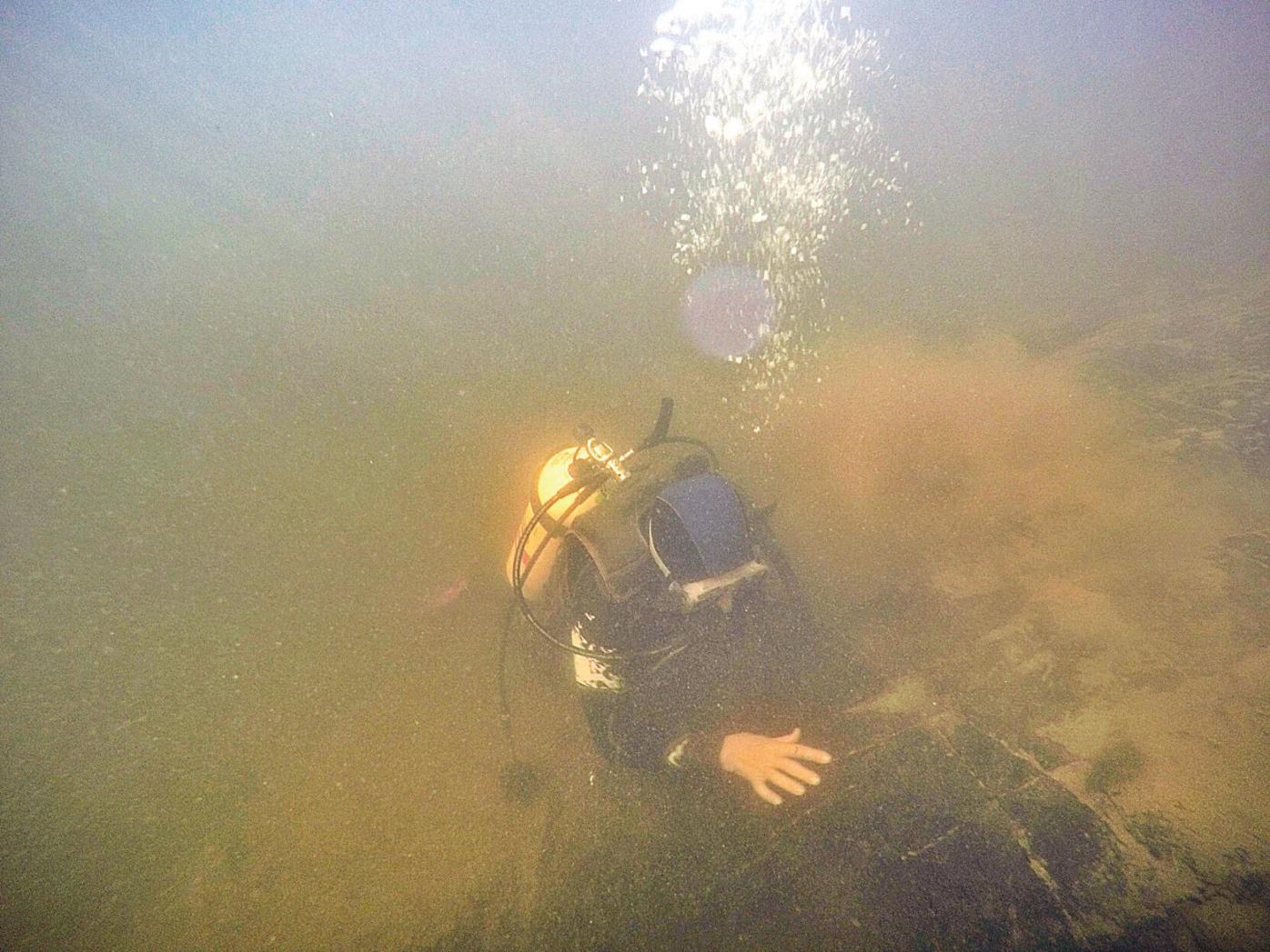 Annette Spaulding, a master diver, brushes silt away from the rocks searching for the petroglyphs. 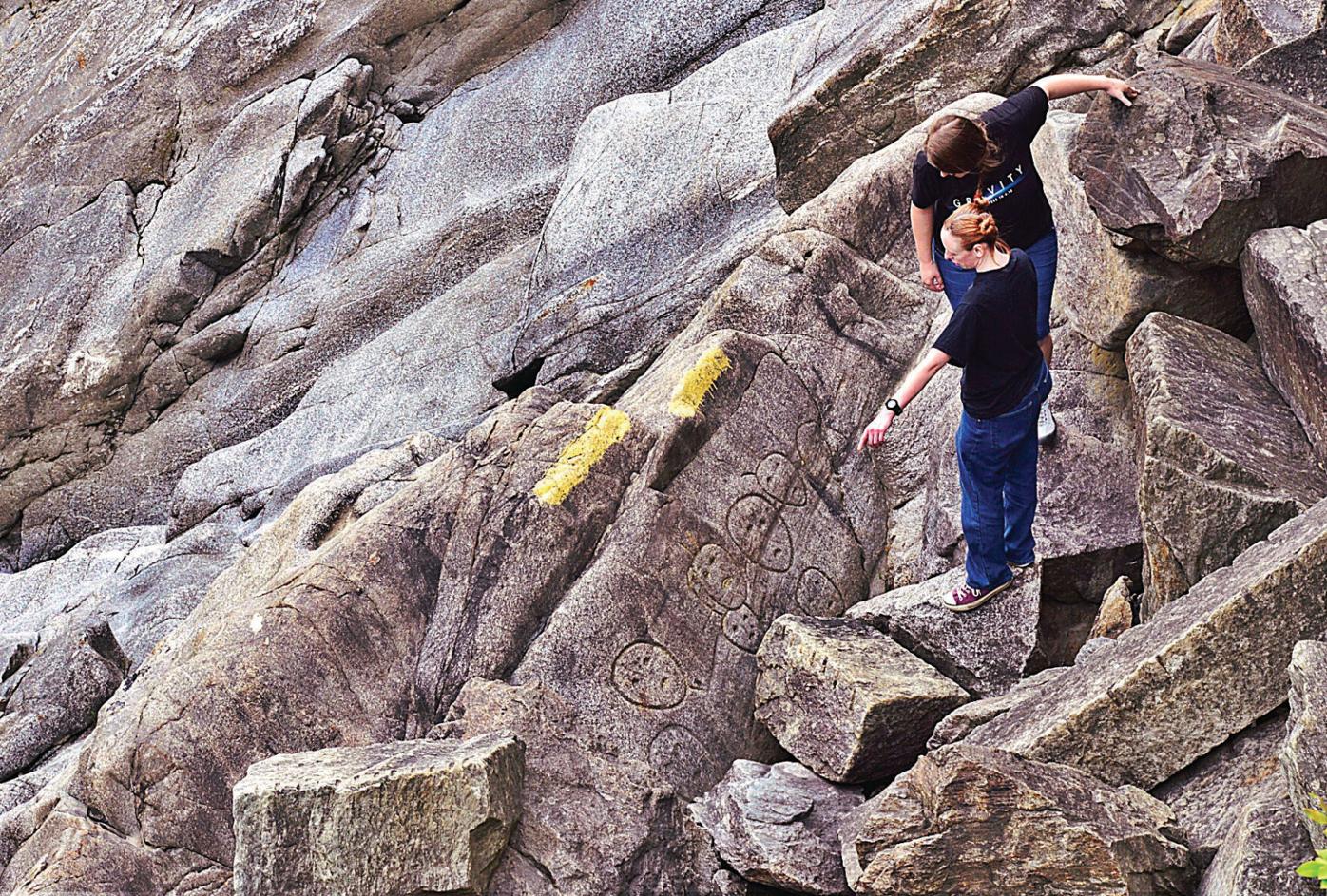 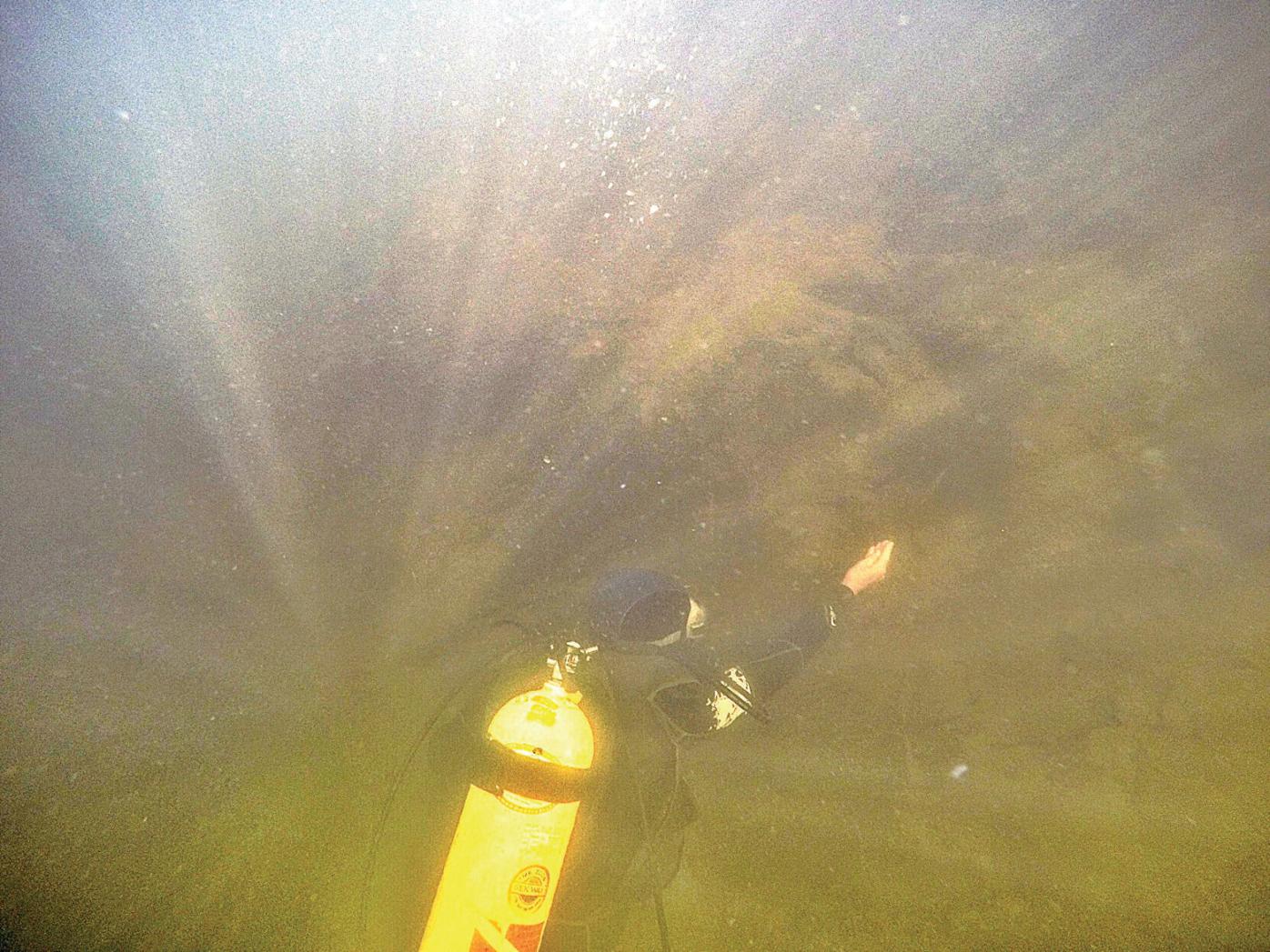 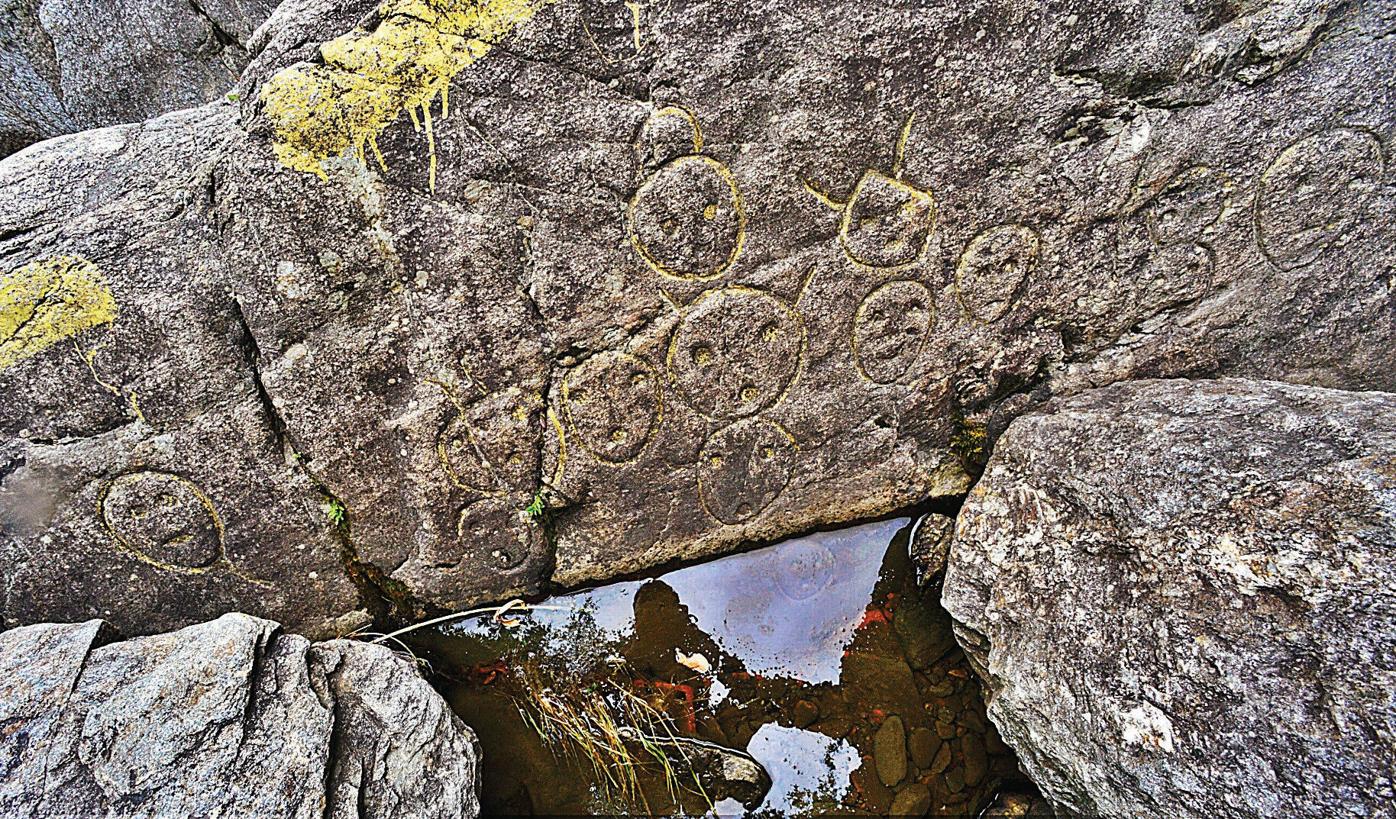 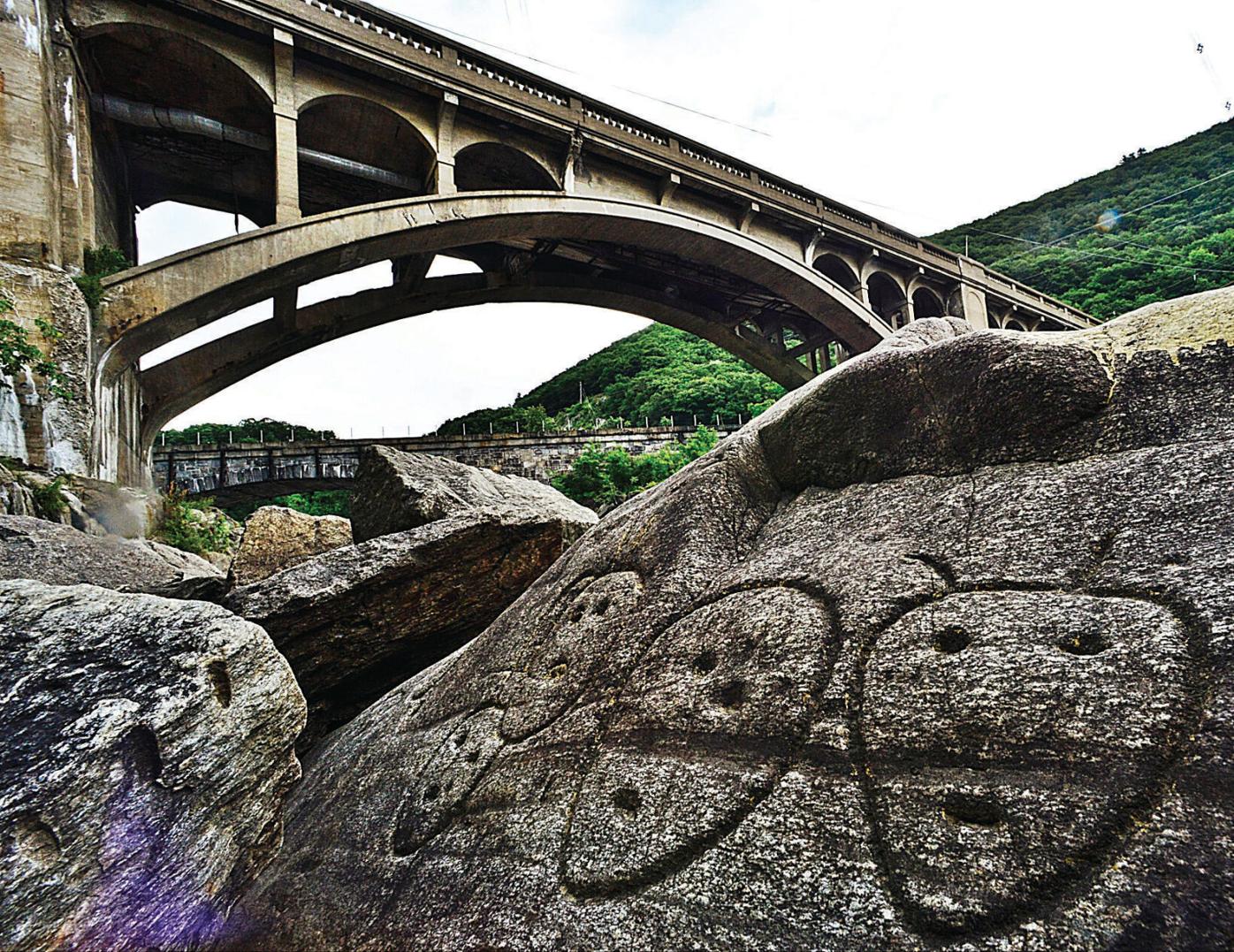 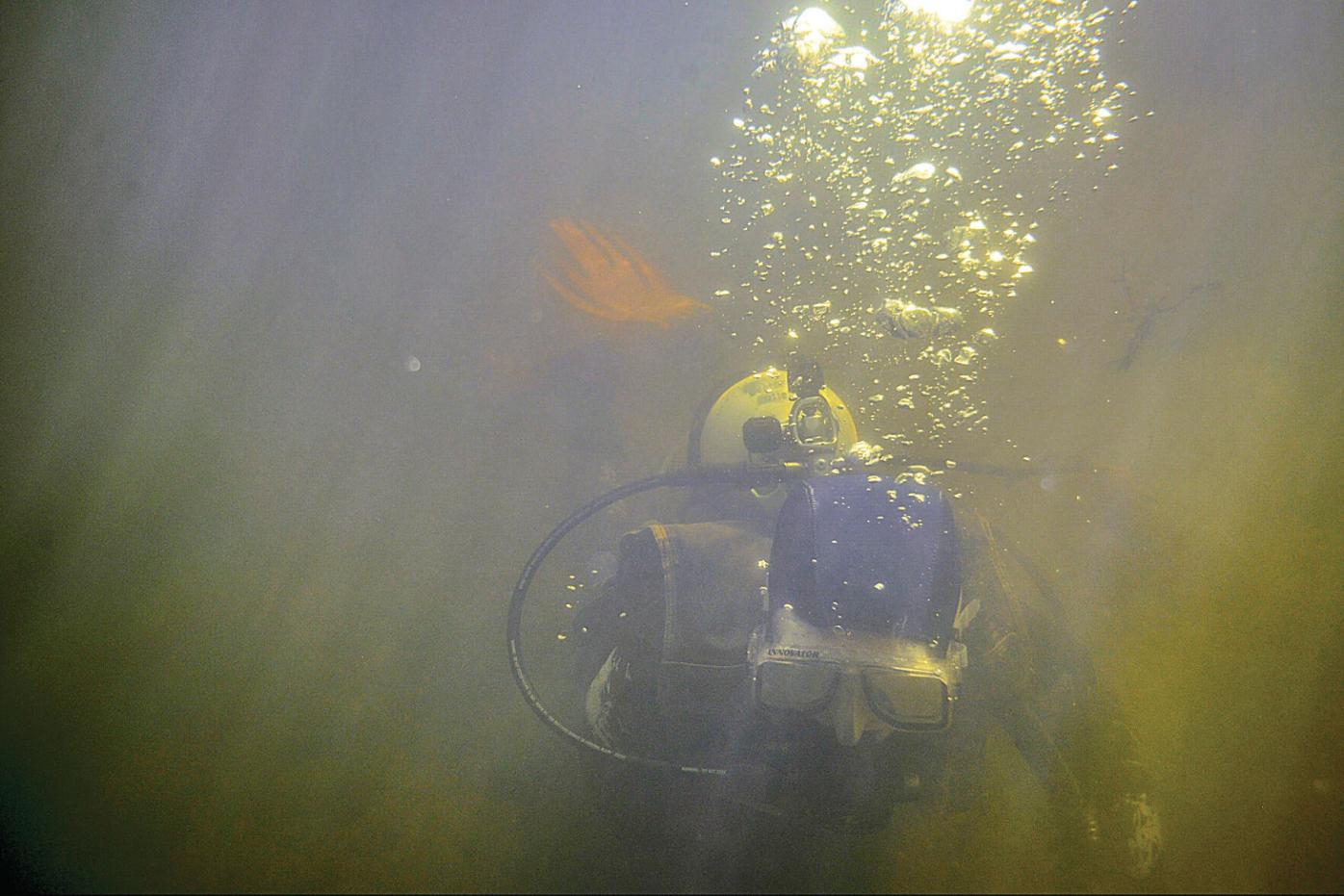 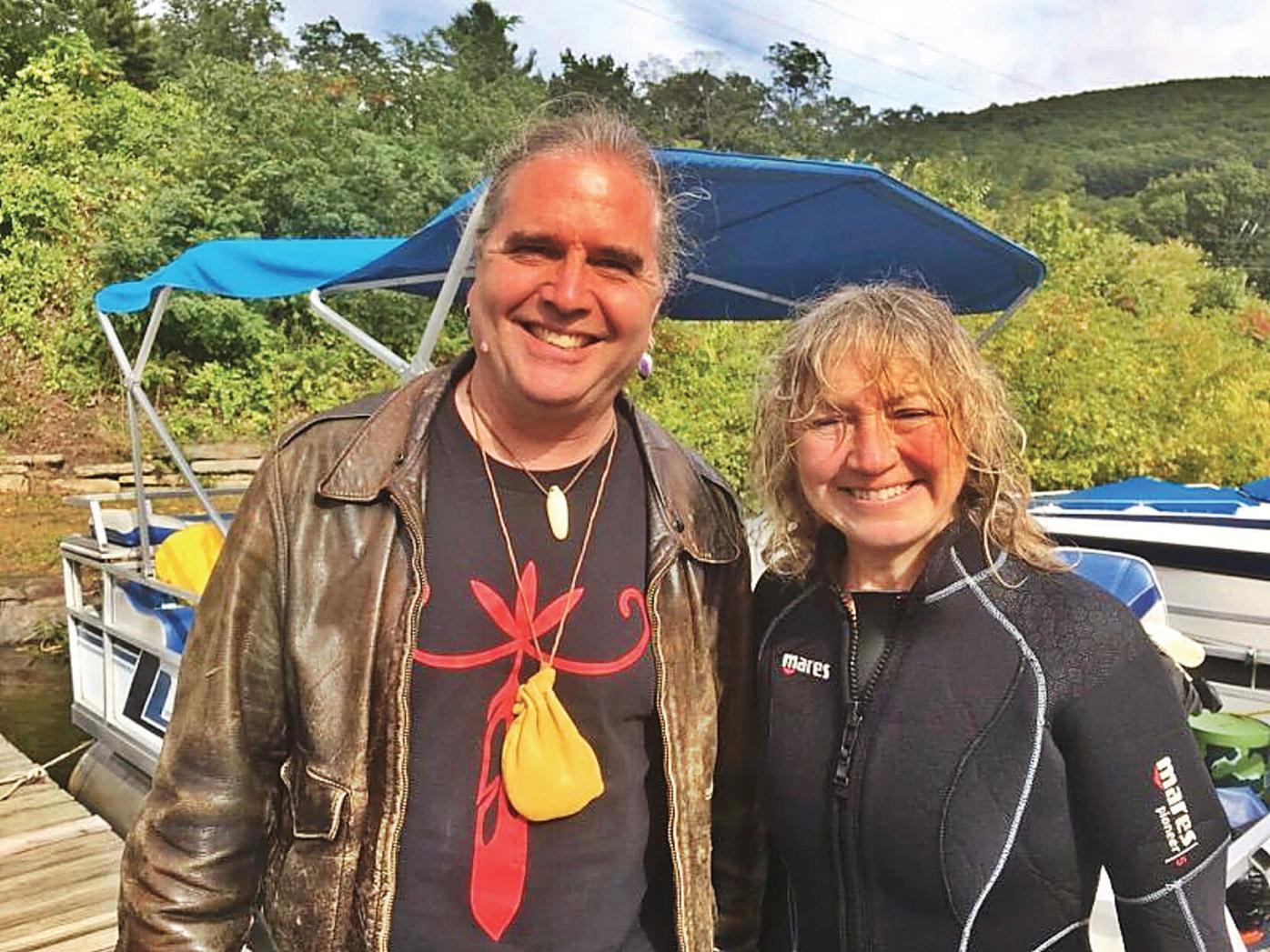 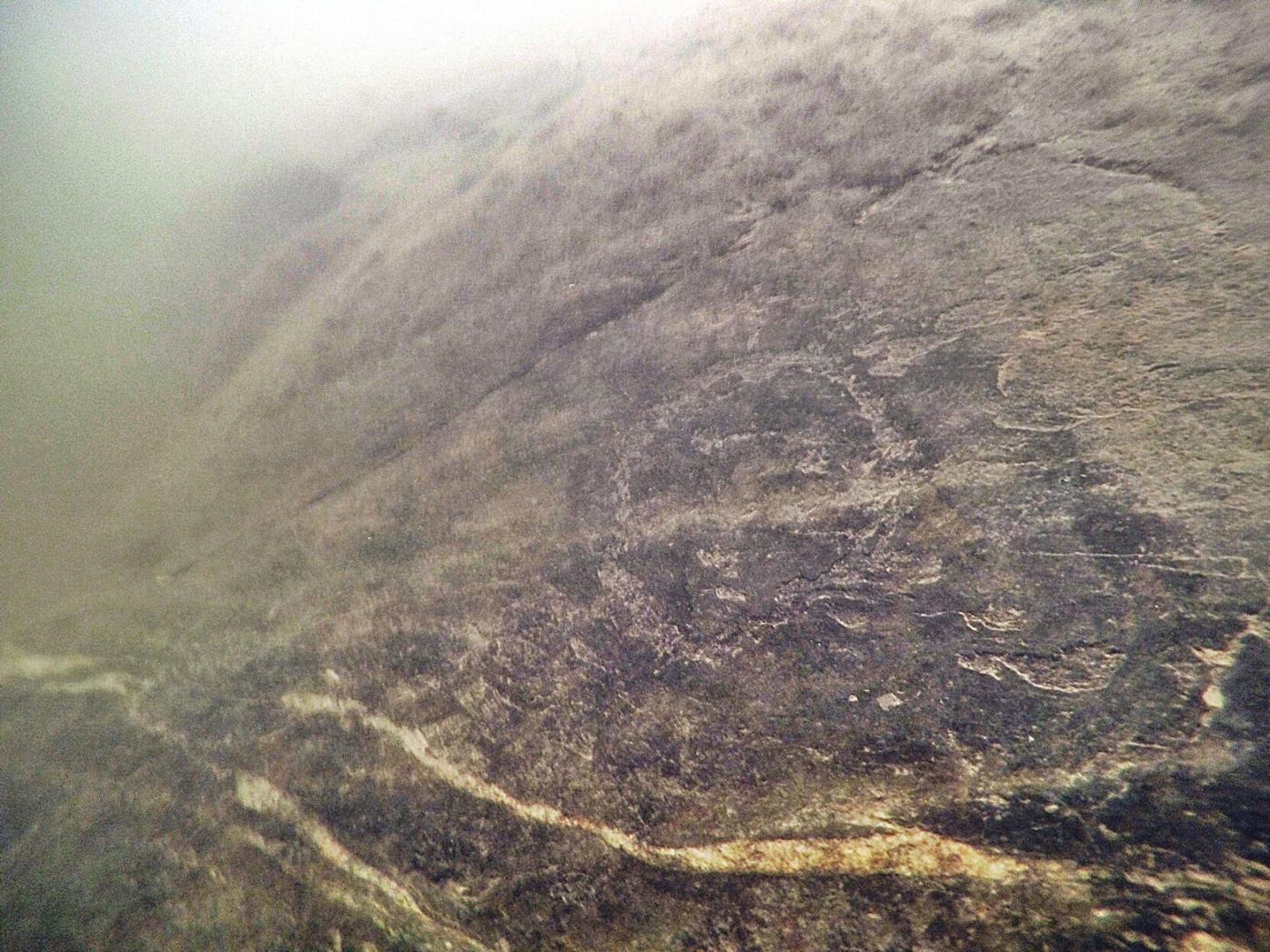 The smaller of the two petroglyphs that Annette Spaulding has spent roughly 25 years searching for.

Annette Spaulding, a master diver, brushes silt away from the rocks searching for the petroglyphs.

The smaller of the two petroglyphs that Annette Spaulding has spent roughly 25 years searching for.

BRATTLEBORO — A group has hopes of purchasing land near petroglyphs under the Connecticut River, with the goal of preventing future development on land it sees as culturally meaningful.

"This is all part of the Abenaki people trying to re-establish themselves and to raise awareness and reinforce the idea that these are not relics of the past," said Rich Holschuh, a member of the Vermont Commission on Native American Affairs from Brattleboro.

"These are significant to people who are still here and people who still observe their significance and incorporate that into their lives because they are the descendants of these people."

Abenaki people and other members of the public hope to preserve the land, keeping it open for hiking and other recreational activities. The project is also about protecting the Hogle Wildlife Sanctuary.

Land immediately adjacent from the petroglyphs and abutting the Retreat Meadows is up for sale.

"There are three small lots on the market and there has been interest by some to purchase these for a variety of community purposes," said Joan Weir, southeast regional director at Vermont Land Trust. "My involvement is quite preliminary."

"While the land that Mr. Holschuh has approached you about is small, it would preserve an important, undeveloped parcel along the mouth of the West River, and give to local Native Americans a place for contemplation," Robinson wrote. "I cannot recommend its preservation highly enough."

A spot where the West River and Connecticut River meet is an ancient ceremonial site sacred to the Sokoki Abenaki and their ancestors, according to Holschuh.

"Well-documented in the European written historical record from the 1700s forward — usually referred to as Indian Rock — it is a potent example of the persistence of indigenous spiritual practice and lifeways," he wrote in a fact sheet. "Petroglyphs, or rock carvings, are relatively rare in the New England region as a whole, and this site is one of only two significant examples in Vermont."

The other petroglyphs can be found in Bellows Falls. The symbols are there for specific reasons and have cultural purposes, Holschuh wrote, calling the locations "exceptional, extraordinary and sacred." Ceremonies celebrating life and the afterlife were held at these sites.

An article in a New Hampshire newspaper in 1796 stated that Indian "relics" had been found near Fort Dummer and Indian hieroglyphics "can now be seen upon rocks in West River Cove..."

The petroglyphs in Brattleboro have not been visible from land since 1909, when the hydroelectric dam on the Connecticut River was installed nine miles away in Vernon. That's offered some protection from vandalism.

Annette Spaulding, of Rockingham, has found some of the Brattleboro petroglyphs while scuba diving. In the fall of 2015, she found what appears to be a carving of a face.

Spaulding has been researching the whereabouts of these submerged carvings for the last 30 years. She's in regular contact with Abenaki representatives. She's supporting efforts to preserve the land that's for sale.

"I told Rich that would be the greatest thing if that could be acquired," Spaulding said. "It would be wonderful. I'm really, really excited about it. It's unique and it's untouched. The land hasn't been that disturbed except for when they put the bridge in."

Last fall, Spaulding began diving again. After uncovering more sand along the ledge, she found more carvings. She said they looked like five eagles or thunder birds, a person, a deer or a dog, and a group of snakes or eels.

With spring runoff and heavy rains this summer, Spaulding hasn't been able to see as much as she would like to underwater this year.

Spaulding called the site "one of the most unique in New England, even North America." A historian has noted that the properties where petroglyphs have been found in Brattleboro and Bellows Falls were special hunting and fishing grounds.

"This is a very sacred, important site for the Native Americans," Spaulding said. "I want to continue passing this on to them and their heritage, etc."

The land, she said, should be "undisturbed" and "protected forever."

"They already totally destroyed the Bellows Falls area, where all those Native Americans were buried," she added. "They built a whole industrial site on top of a Native American burial ground. That should not happen."

Within the last year and a half, Spaulding has given 45 presentations on her dives and finds. She said she gets inquiries from so many people on the subject of the petrogylphs and online videos have gone viral. With such widespread interest, she believes this is the best time to acquire the land.

Holschuh had led efforts to see the town of Brattleboro do the same. He hopes lawmakers will support the land purchase.