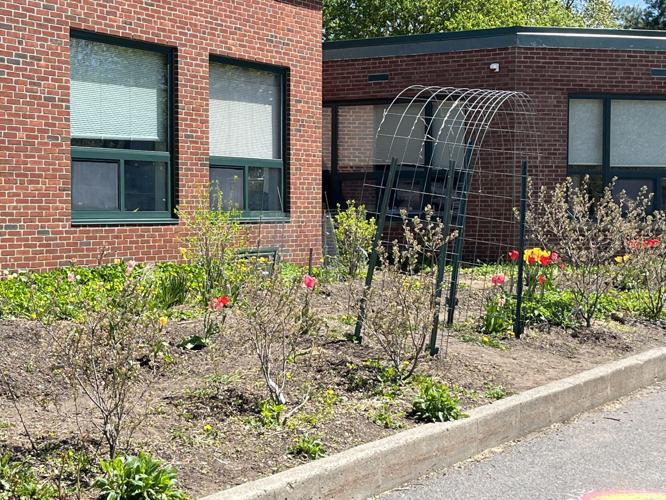 A garden is part of Oak Grove School's 'living schoolyard.' 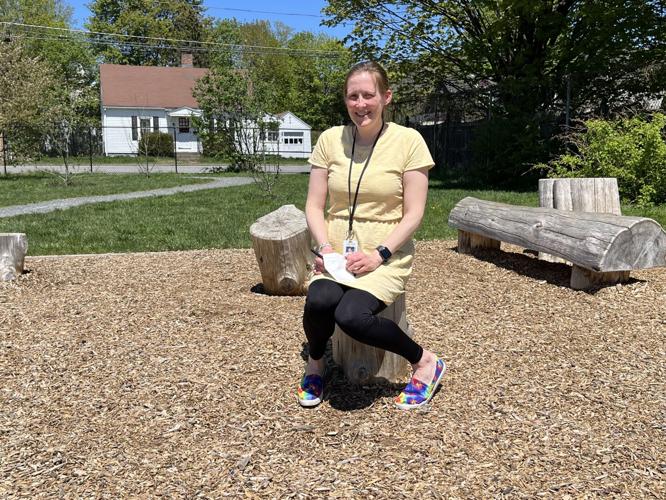 Mary Kaufmann, principal at Oak Grove School, shows off a part of "the living schoolyard." 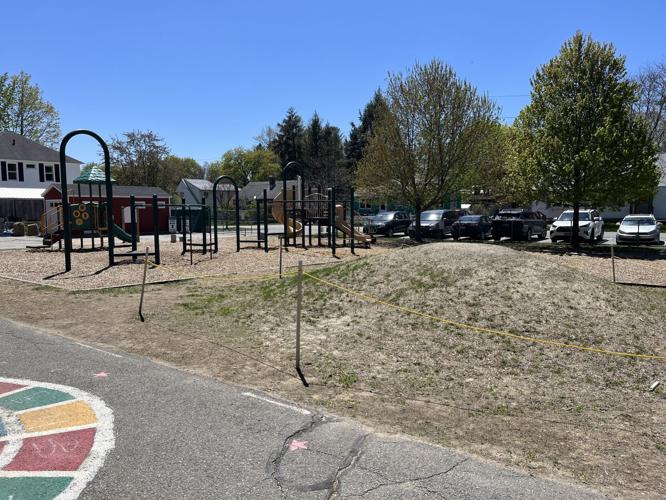 A playground and dirt mount are part of Oak Grove School's "living schoolyard." 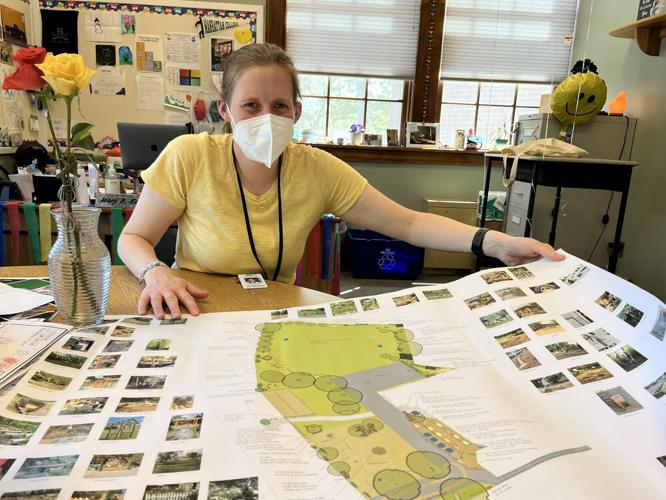 A garden is part of Oak Grove School's 'living schoolyard.'

Mary Kaufmann, principal at Oak Grove School, shows off a part of "the living schoolyard."

A playground and dirt mount are part of Oak Grove School's "living schoolyard."

“It’s been fun to watch the playground evolve and to see what the kids are fascinated by and interested in because it changes all the time,” Principal Mary Kaufmann said. “And you know, some days those raspberry bushes are really popular, closer to summer. But other days, it’s the swings, and some days, that bridge out there in the middle of the field. Kids love being up there, just looking out on the rest of the playground.”

The Windham Southeast School District Board recently unanimously approved upgrades for the schoolyard. About $15,000 from the Elementary and Secondary School Emergency Relief Fund from the federal American Rescue Plan is expected to cover the cost.

Kaufmann, who inherited plans for the project from her predecessor Jeri Curry, said a team of parents had been “interested in revamping the schoolyard to make it more of a living schoolyard rather than just a playground.” A consultant helped develop a plan.

One of the benefits of the property is an open field space, Kaufmann said.

“Being in a really residential neighborhood, it’s rare to have this like wide open field,” she said. “And that’s really where a lot of kids love to play. But we wanted to incorporate different natural aspects and different experiences for kids to have while they’re outside because not everybody wants to play an organized sport. Not everybody wants to play on a metal play structure.”

Now in her third year as principal at Oak Grove, Kaufmann said progress is slowly being made and additions are coming to the schoolyard. Gardens were moved to a more centralized location, right up against the rear of the school building. Tara Gordon, garden coordinator, worked with classes on plantings and harvesting.

“I think pretty much every class is involved now in some aspect of the garden,” Kaufmann said.

Added to the mix is a sensory path, which the school received grant funding to develop. Kaufmann said the goal is “offer different sensory inputs” related to smell, touch and taste. For instance, students can pick from raspberry bushes on the path.

A gate in the back became the access point for students during the COVID-19 pandemic. A pathway was created to bring them to the blacktop area.

An outdoor classroom with stumps from a tree donated to the school is sometimes used for parkour, which involves jumping to different points as efficiently as possible. Also, the stumps are good for sitting.

This summer, the plan is to complete the pathway that leads to the gate and a wooden bridge. Kaufmann said the bridge “gives kids height to get over to a different scenic view from up there.”

The hope is to put in some big boulders for climbing and sitting.

“Obviously, that area, we would have to woodchip it because if kids are climbing that has to be safe in case they fall,” Kaufmann said.

Tara Davis, parent and chairwoman of the school’s Parent Teach Organization who secured the grant for the sensory path, is helping to plan a more permanent story walk as part of the offerings.

“She has been a real huge advocate for this project and has done a lot of the work in terms of the volunteer work that’s had to go into it,” Kaufmann said, crediting Davis with putting together story walk elements in the past and finding the trees that were donated. “So this has really been her project.”

Adding the ramp will allow students in wheelchairs or on crutches to be with their peers when they go out to the playground or enter the school from the schoolyard. Kaufmann expects to add some plantings to the sides of the ramp such as herbs, edibles or fragrant plants.

Apple and oak trees have already been planted at the school.

“This is definitely an ongoing project,” Kaufmann said. “We do the bits that we can.”

Kaufmann described having fun with developing the schoolyard.

Last year, students were surveyed about what they would like to see and they selected a digging area. Also a favorite among the children is a 5- to 6-foot mound of dirt for rolling around on and doing gymnastics.

Involved in the effort from the start, Davis said she “spent many sleepless nights researching ideas.” She had suggested investing in the services of a playground designer to consult on crafting a vision for the schoolyard.

Davis looks at the project as a result of feedback from staff, students and the broader community.

“We tried to tie in the key stakeholders,” she said.

“Somewhere along the way, we had a change in principals, COVID happened,” Davis said. “We have been working in fits and starts. I’m thrilled now because with the help of these ESSER funds, this COVID relief fund putting infrastructure in place, it’s a perfect time to bring it to fruition. It’s thrilling to see it come to life because it’s literally what’s happening.”

Davis, who lives near Oak Grove School, called the schoolyard “the heart of the neighborhood.” In the space, she sees families celebrating birthdays and tee-ball games being played. She particularly enjoys watching the kids eat the berries.