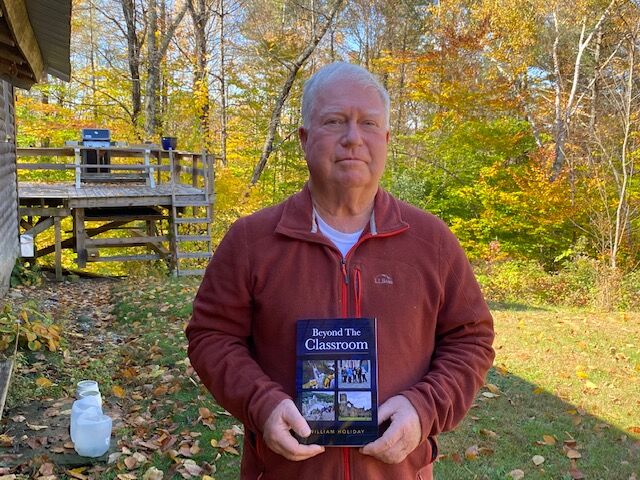 Bill Holiday at his home in Dummerston with his book, "Beyond the Classroom." 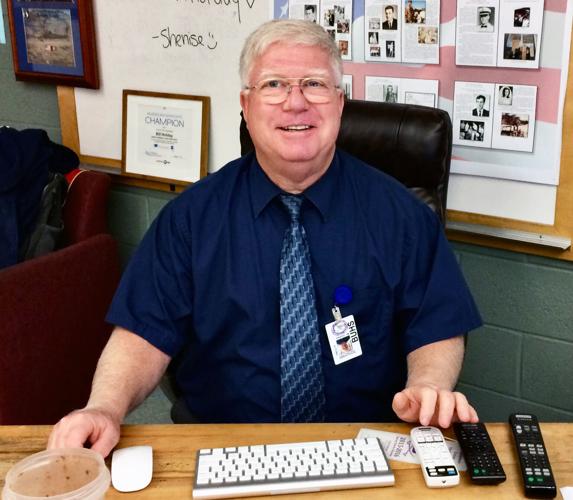 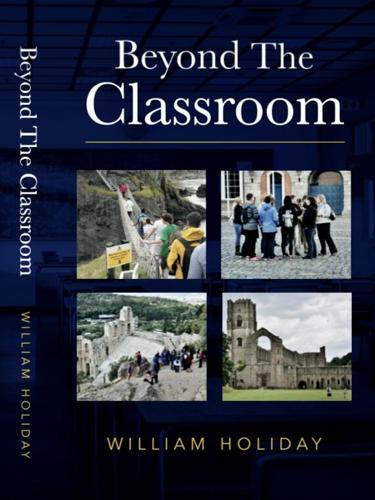 William "Bill" Holiday's book, "Beyond the Classroom," is now available in digital form and at area book stores. 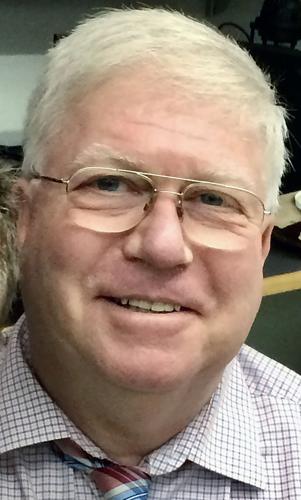 Bill Holiday at his home in Dummerston with his book, "Beyond the Classroom."

William "Bill" Holiday's book, "Beyond the Classroom," is now available in digital form and at area book stores.

DUMMERSTON — Those of us of a certain age might recall a television show called “You Are There,” hosted by trusty anchor Walter Cronkite, in which major events in history were given the “modern” news treatment, complete with interviews of eyewitnesses and participants. If you wanted to know what Socrates said before drinking the poisonous hemlock, “you are there” to hear it.

That sense of “being there” for historical events always appealed to longtime Windham County educator William “Bill” Holiday, who used that concept through his nearly 50 years of teaching at the middle school, high school and college level. Now, two years after his retirement from Brattleboro Union High School, he’s written a book about it — called “Beyond the Classroom” — a guidebook of sorts for teaching history through full “immersion” and interaction with the people, events and places that have shaped the human condition.

“When I was coming through high school (at BUHS), I was very conscious of American history, and I remember in my mind, saying, ‘God, would I have loved to be on the battlefield at Gettysburg, to experience this, and many other places,’” Holiday said. “It lured me. So I think really that was the impetus. I never wanted to stay within the four walls of the classroom.”

Throughout his teaching career, Holiday offered students educational travel opportunities that he called “field studies.” His student groups traveled to Alabama to interview leaders of the civil rights movement in the 1960s, or to Dallas to study the John F. Kennedy assassination. Others have traveled to Boston, Washington, D.C., Gettysburg and England.

He taught students who said they’d heard about “The Troubles” in Northern Ireland but didn’t understand what it was all about. So they traveled to Belfast and Derry/Londonderry, where they met and interviewed Protestant Unionists and Catholic Nationalists.

As he writes in the preface of the book, “If I were given a utopian opportunity, class would never be in a classroom. It would be ‘out there’ on the road in a bus, a van, something to take us to where the things happened.”

The idea for the book actually started with a trip to Ohio for the 40th anniversary of the 1970 Kent State University shootings. He asked the Reformer if he could write an article about it and received a press credential to cover the events.

“I was determined to go out there,” he said. “I had met Alan Canfora (one of the survivors of the shootings), who came to my classroom to speak to the students; he felt that he was specifically targeted by the National Guard. While I was (at Kent State), I interviewed a sister of one of the people who was shot dead that day. I met John Filo, who won a Pulitzer Prize for his photograph of the girl kneeling, distraught, over the body of one of the victims.

“I wasn’t writing a book at the time, but that’s what led to this. I was acquiring resources for my students to use. For a teacher that doesn’t use a textbook, that was invaluable.”

Holiday said he hasn’t used a textbook in his classes since 1973. He focused on bringing history to life for his students, helping them understand what it was like to go through certain events. He and his students organized week-long “teach-ins” that brought in speakers who had lived the history. For a study of the Vietnam War, he hosted panels of veterans, war resisters, and anti-war protesters.

He taught a course called “Film Music and History Social Studies Seminar,” collaborating with students on a weekly radio show that aired on WTSA called “Tracking the Tracks.” It was a 30-minute showcase of music that translated and shaped history, including politically dynamic or culturally significant songs by the likes of Stevie Wonder, Bob Dylan and Van Morrison.

He used a “constructivist” approach to teaching, allowing his students to experience the world and reflect upon those experiences rather than just passively take in information. He also integrated other subjects — such as math, science and art — into his “living history” courses.

“In the summers, I worked for Keene State College and Castleton University,” he said. “I would put together a travel course, and we would travel to England, Italy, Greece, the Republic of Ireland, Northern Ireland, Cuba, in the South for the civil rights movement. Those people, for their credits, they would do projects. I didn’t have them write papers. I wanted them to make something that they could use and other people could use.”

It’s all in the book, a handsome paperback volume packed with black and white photographs, most taken by Holiday himself. Former BUHS colleague Nancy Olson helped with editing and proofreading, as did his wife, Lyle, a former superintendent of schools in the Windham Southeast district. At first, he intended the book to be more or less strictly about history, but his wife encouraged him to change the direction.

“(Lyle) looked at it and said, ‘You need to do more for teachers.’ To me, it was intuitively obvious: You can do this, you can learn history, or you can learn art or science, outside of a classroom, and she said, ‘I don’t think they’ll pick it up intuitively.’ So the latter part of this book has ideas for educators, whether private, public or home-schoolers. There’s even a few things here designed for virtual learning.”

The book is now on sale digitally through publisher BookBaby and other e-book outlets, such as Barnes & Noble and Amazon, or in physical form at area book stores, including Everyone’s Books in Brattleboro.

Holiday is also a researcher and writer for the Brattleboro Historical Society, contributing a weekly column to the Reformer. He started the book right after he retired more than two years ago, but had some medical setbacks that delayed its fruition. He said he’s no Ernest Hemingway as a writer, but that he hopes the book will serve two markets — both for those that have an interest in history, and for those interested in his integrated approach to teaching history.

“It’s very gratifying to have it completed,” he said. “If it’s well-received, that’ll be a bonus.”