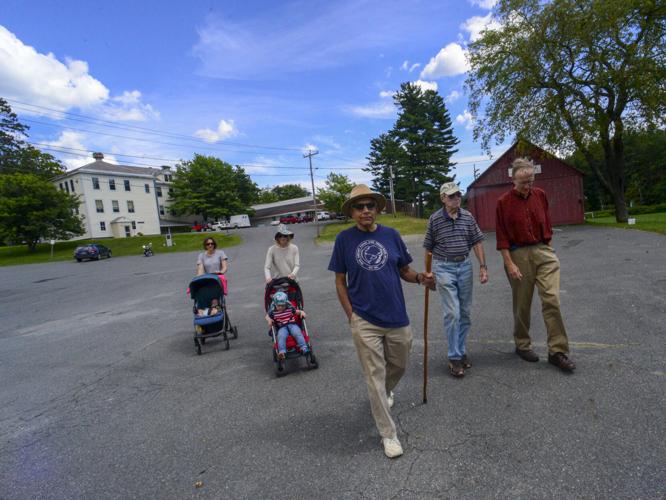 Phoebe Phelan and Ford Phelan, 2, are pushed along in strollers by Hope Phelan and Debbie Rathnam. They are accompanied by Lincoln Rathnam, Dick Ward and Jonathan Heydenreich. 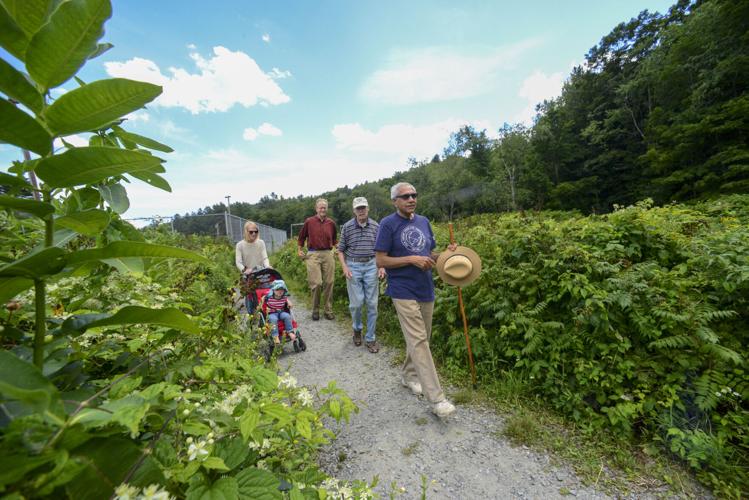 Debbie Rathnam pushes a stroller with Ford Phelan, 2, inside, along a trail in Wilmington. They are accompanied by Jonathan Heydenreich, Dick Ward, and Lincoln Rathnam. 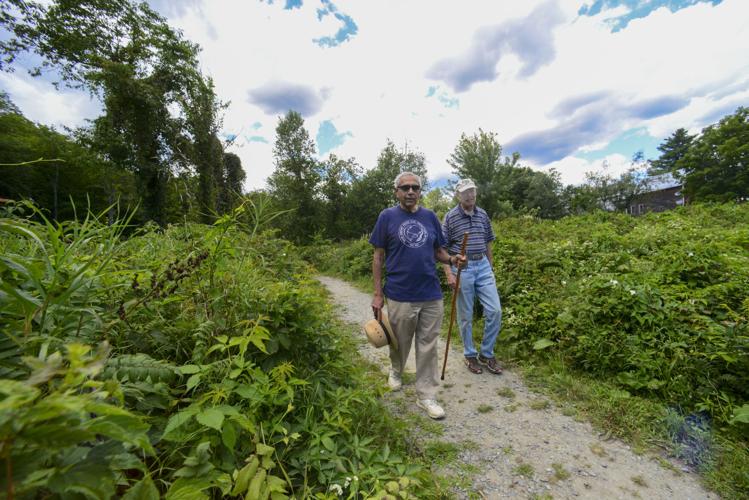 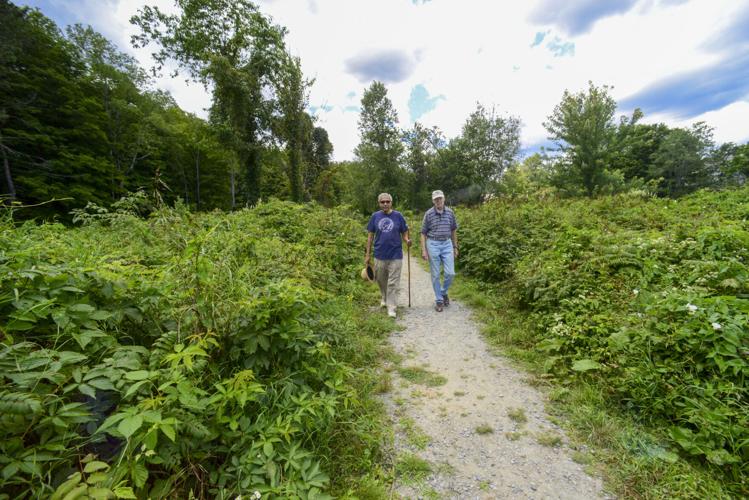 Phoebe Phelan and Ford Phelan, 2, are pushed along in strollers by Hope Phelan and Debbie Rathnam. They are accompanied by Lincoln Rathnam, Dick Ward and Jonathan Heydenreich.

Debbie Rathnam pushes a stroller with Ford Phelan, 2, inside, along a trail in Wilmington. They are accompanied by Jonathan Heydenreich, Dick Ward, and Lincoln Rathnam.

WILMINGTON — “People were made to walk,” said Lincoln Rathnam, who moved to the Deerfield Valley with his family two years ago.

And lots of people like to walk, too, he said.

“The Camino de Santiago, for example, attracts 350,000 walkers per year,” he said. “The Walsingham Pilgrimage in England now attracts more than 100,000 annually.”

The Camino, which happens every year in Spain, takes an experienced hiker about 30 days to walk 500 miles. About 10,000 Americans travel to Spain each year to walk the paths leading to the shrine of the apostle Saint James the Great in the cathedral of Santiago de Compostela, following in the footsteps laid down by pilgrims starting in the ninth century.

“Prior to COVID, we had this dream of doing it,” said Rathnam, who’s a member of the vestry at St. Mary’s in the Mountains Episcopal Church. “I was thinking that we’d get the family, our kids and maybe our grandkids too, for at least part of it. But then COVID came. So I started looking around for where can I go on one of these things in the United States. And there really aren’t any. Which surprised me.”

That got Rathnam and others thinking about doing something — maybe not 500 miles — in the Deerfield Valley.

“The valley is one of the most beautiful landscapes in America and there are an abundance of trails suitable for long, reflective walks,” he said.

About this same time, Rathnam learned about Our Lady of Ephesus House of Prayer in Jamaica, a replica of the house in Ephesus, Turkey, where Mary, the mother of Jesus, is said to have spent the last years of her life.

“It was almost mystical, because we planned the pilgrimage walk before we knew the Ephesus House was there,” he said.

Rathnam and four others formed a nonprofit, the Deerfield Valley Pilgrimage, and began to map out a walking path from the Old School Community Center in Wilmington to the Ephesus House.

Meanwhile, several other congregations signed on, including Our Lady of Fatima in Wilmington, the West Dover Congregational Church, Trinity Lutheran in Brattleboro and St. Peter’s Episcopal Church in Bennington.

“We’re also trying to get other civic groups involved,” said Rathnam, who said they would like to see folks from all walks of life and all beliefs on the pilgrimage.

He said many people who go on these types of walks aren’t necessarily religious.

“They might be having a crisis in their life, they want to change or take a break. They might want an adventure. But the interesting thing is that everybody who goes on these ... they change their lives. It changes them in some way.”

The planned route, which has been scoped out by members of the committee, is 25 miles long over two days, but folks can do as much or as little as they want, said Rathnam.

“The key of the pilgrimage walks is, you’re supposed to walk slowly,” he said. “You look at the trees, feel the rain when it’s pouring. It’s very therapeutic.”

The Deerfield Valley Pilgrimage Walk is scheduled for Sept. 17 and 18. At the end of the first day, at the peak of Mount Snow, there will be a ceremony, led by the Rev. Canon Nicholas Porter.

“He’s a very interesting guy,” said Rathnam. “He did the Camino on horseback.”

The format of the ceremony is still in the planning stages, he said.

At the Ephesus House, there will be another, as yet to be determined, ceremony.

“This year we plan to start small, with 30 to 100 walkers, in order to learn how to organize and manage this venture to accommodate larger groups in future years,” said Rathnam. “The establishment of an annual, multi-day Pilgrimage Walk in September involving several thousand people is our long-term vision.”

The pilgrims will spend the night at local inns and hotels or in their own homes, and hostel-type accommodations will also be available at West Dover Congregational Church.

Guides will accompany the walkers, and rest stops and facilities will be available. Nature talks are planned en route.