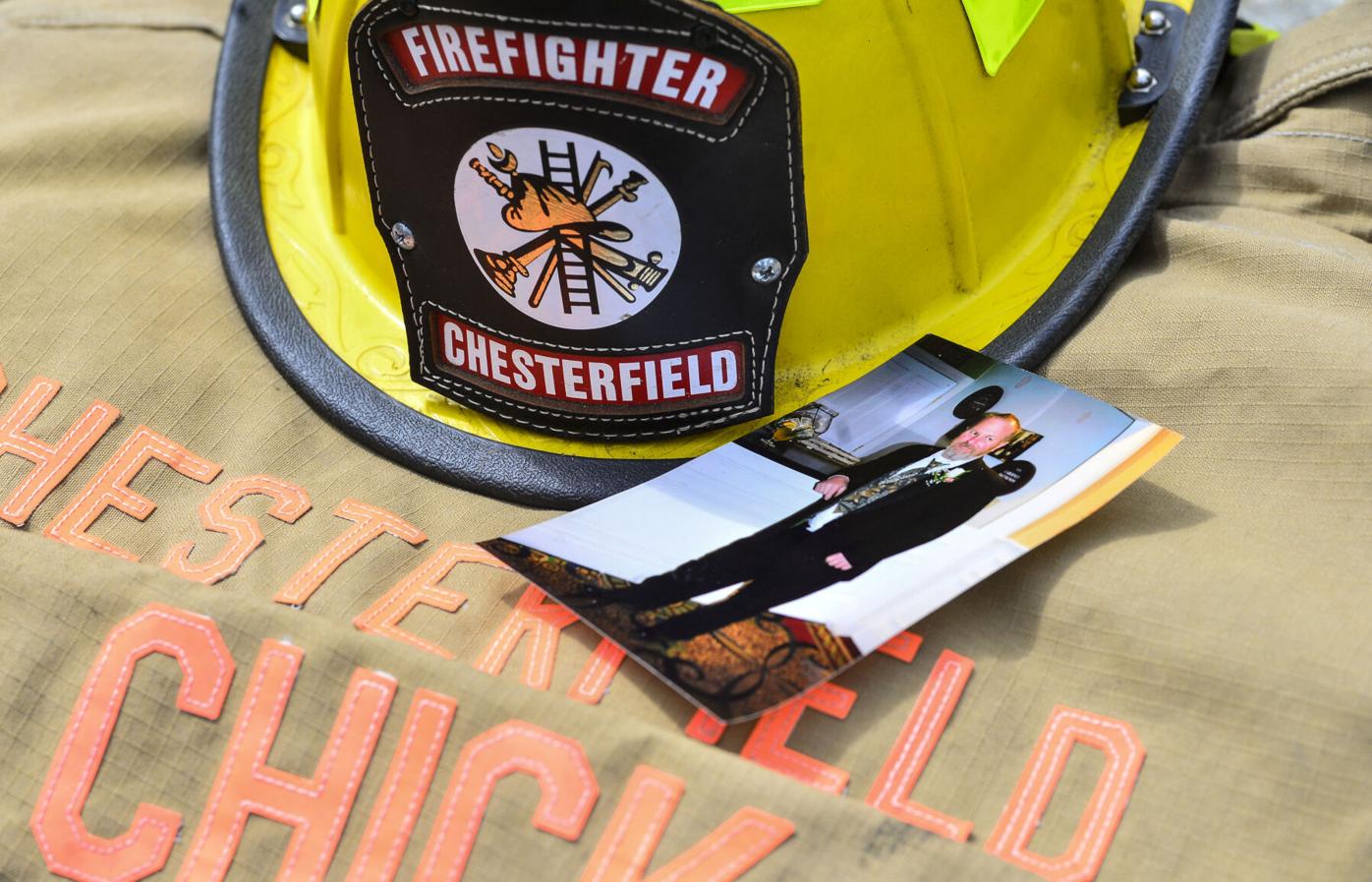 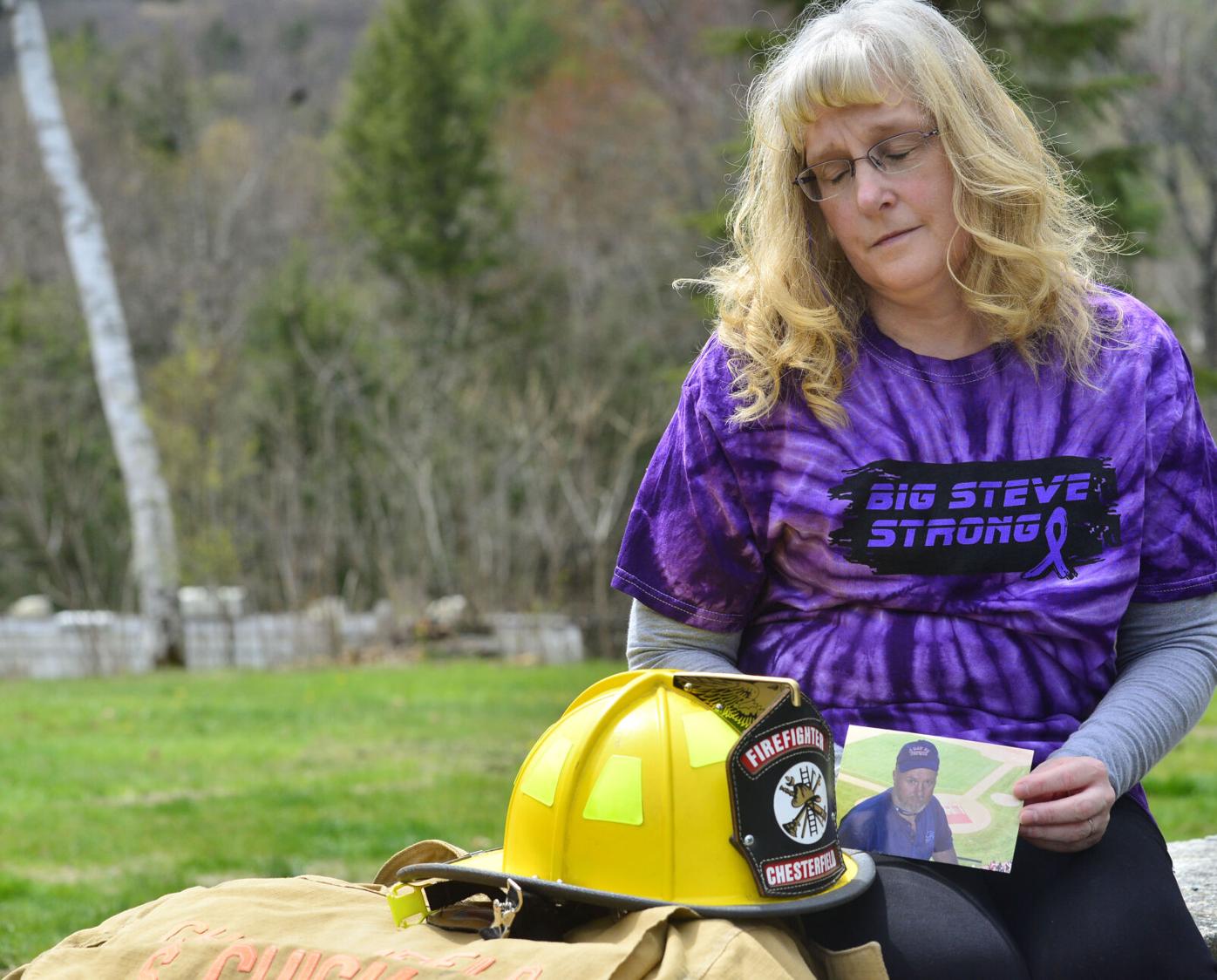 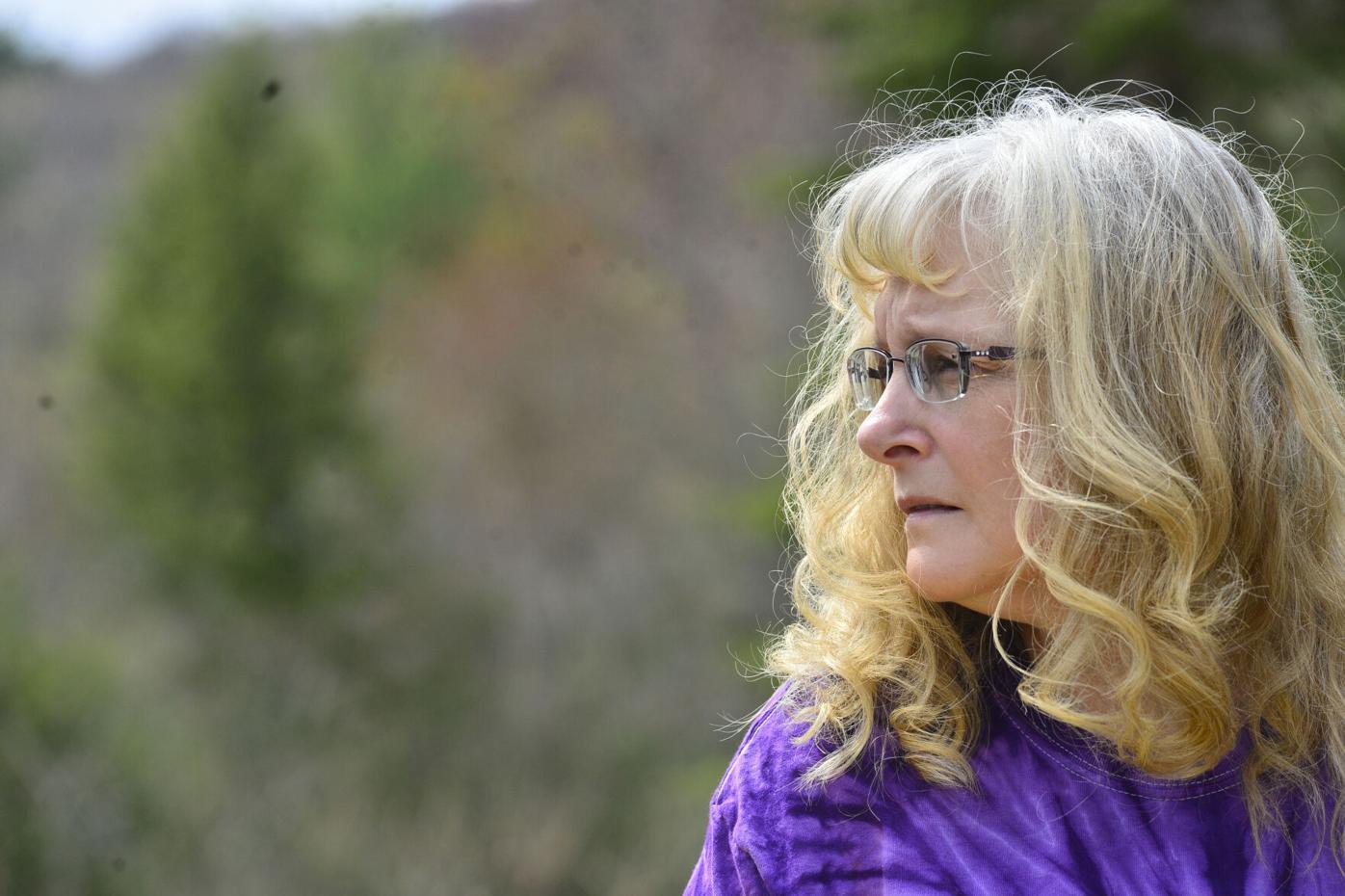 Deborah Chickering, wife of Steve Chickering Sr., thinks about the memories of her husband. 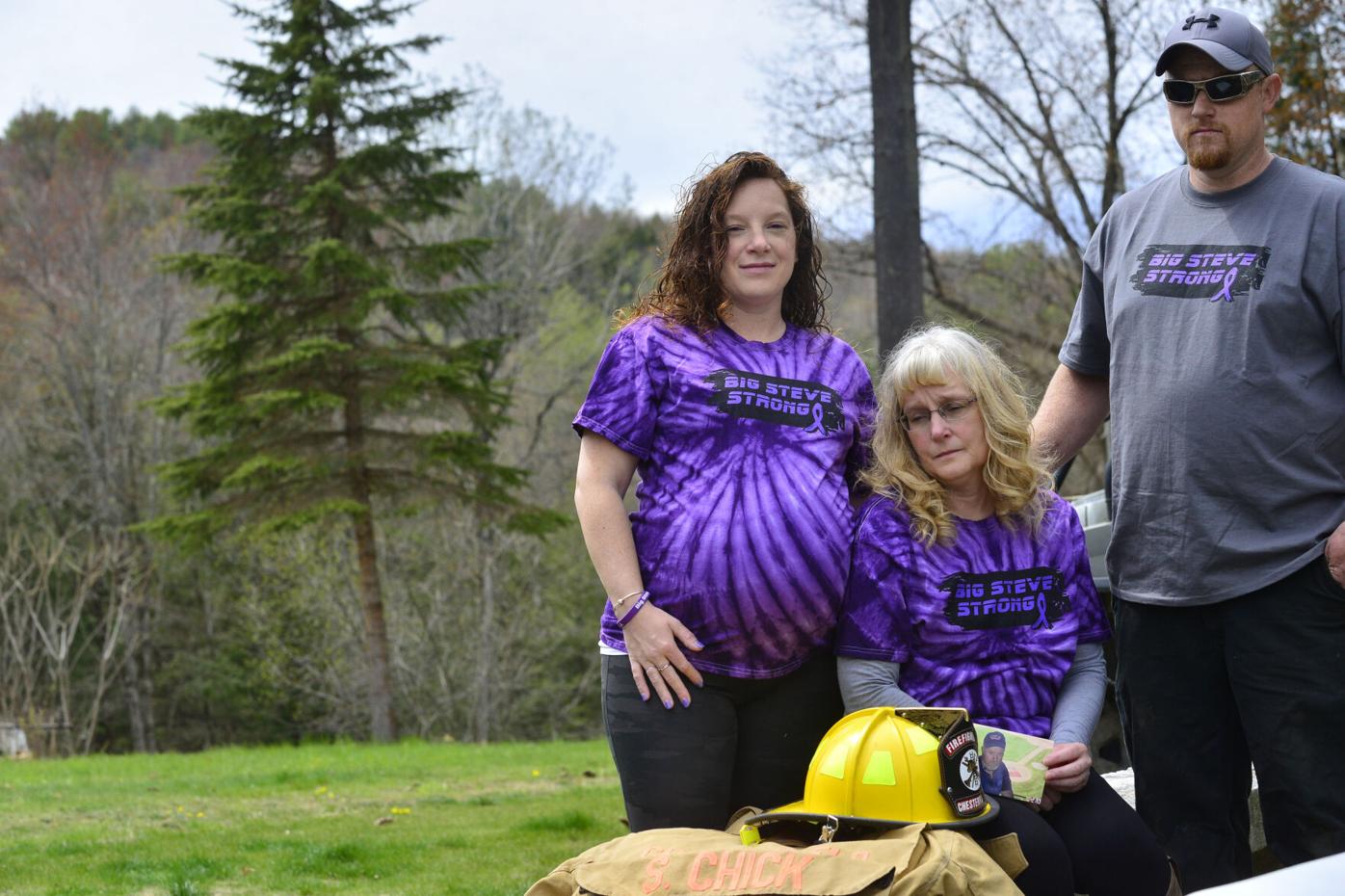 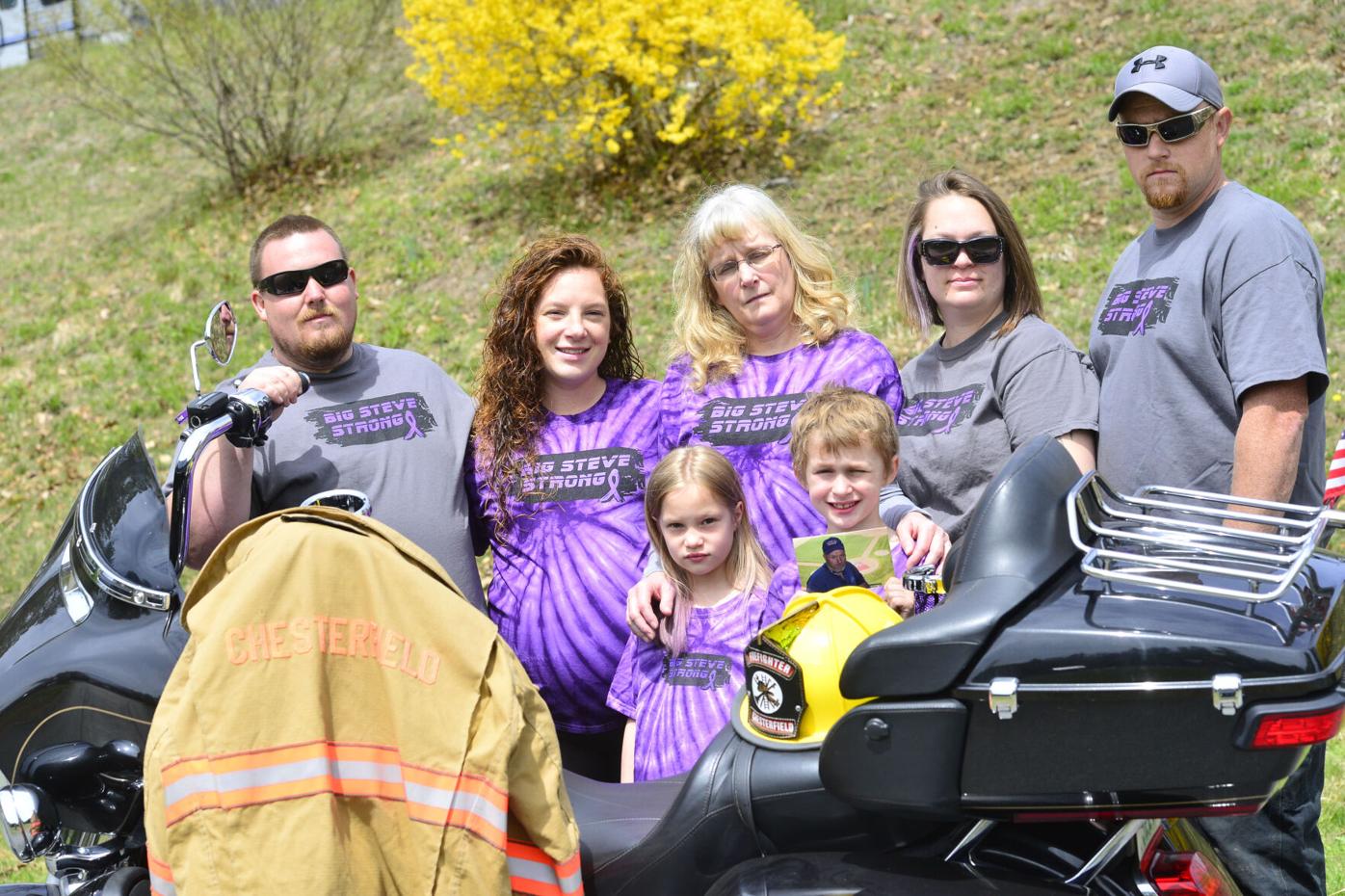 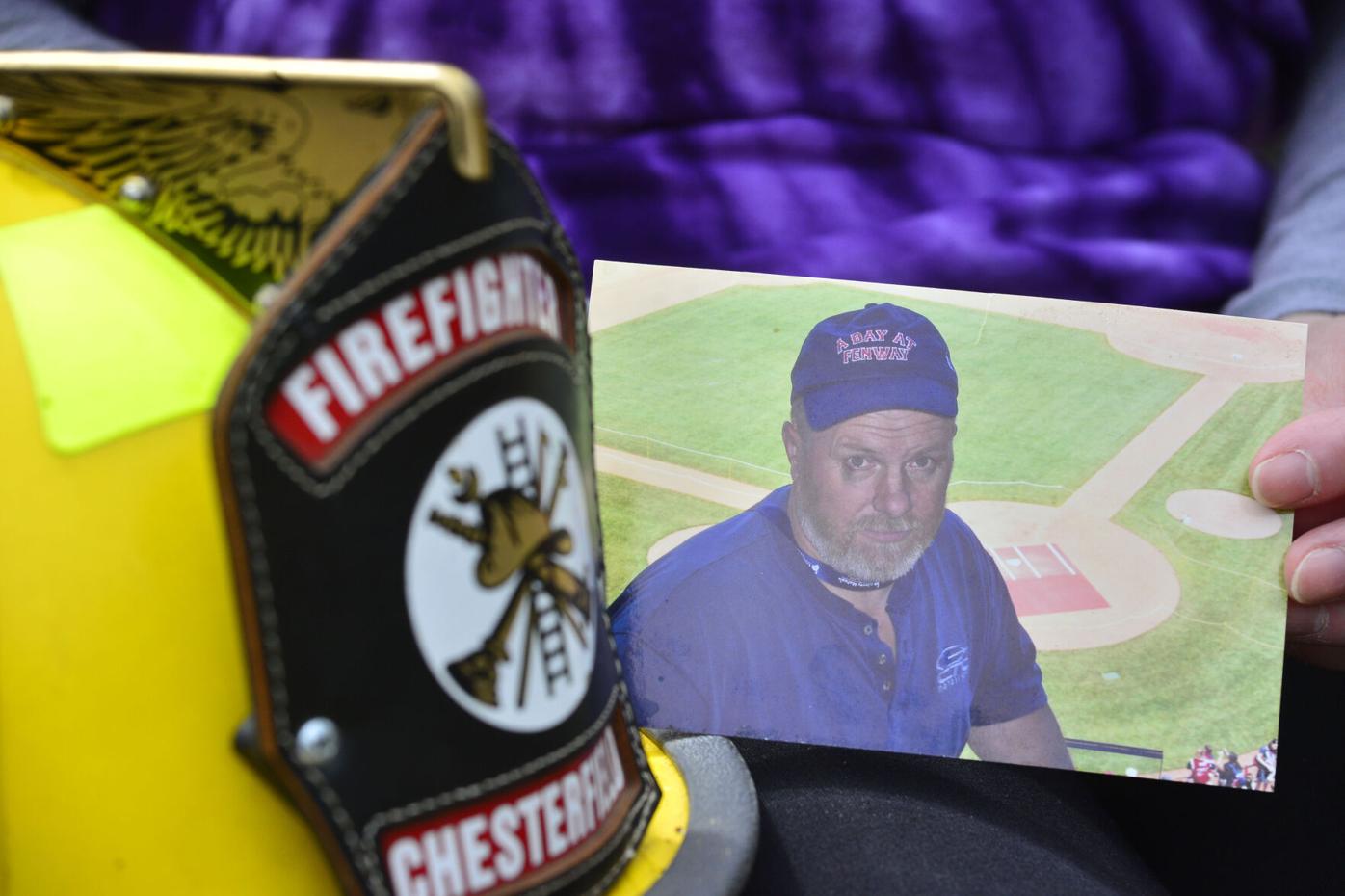 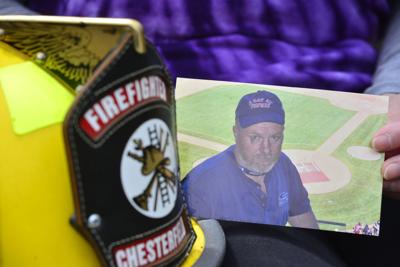 Deborah Chickering, wife of Steve Chickering Sr., thinks about the memories of her husband.

CHESTERFIELD, N.H. — Firefighters from around the tri-state region are planning to turn out to honor one of their own, a Chesterfield firefighter with 39 years on the job who died Monday from pancreatic cancer.

On May 1, with the Pink Heals Windham County Vermont firetruck in the lead, they will leave a parking lot on Putney Road and proceed to Poor Road to honor Steve Chickering Sr. and show support to his family.

“We might see firefighters from as far away as Ludlow and Rutland,” said Jay Meyer, of Putney, the owner of Codie Vermont’s Pink Fire Engine.

Meyer worked with Chickering years ago at the old Valley Motors, where a gas station now stands looking over the Connecticut River between New Hampshire and Vermont. He said he’s not surprised by the expected turnout on Saturday.

“Many of the firefighters knew Steve or have worked with him over 36 years through Mutual Aid,” said Meyer, who expected others who’ve never met Chickering to participate in the show of support. “This is the first firefighter we’ve done this for.”

Firefighters are coming from Hinsdale, Winchester, Swanzey, Keene, North Walpole, Langdon and Westmoreland on the east side of the river. They’re also coming from Bellows Falls, Putney, Dummerston and Brattleboro in Vermont. Meyer said he hopes firetrucks can come from Vernon as well as the Mutual Aid towns in Massachusetts.

Codie Vermont’s Pink Fire Engine, the name of the pink firetruck, is normally “wheels up” for kids, said Meyer.

“The turnout we expect for Steve and his family is the typical turnout we get for a child,” he said.

Steve Chickering, Jr., who’s been on the Chesterfield Fire Department for 15 years, said he was overwhelmed to learn this is the first visit for Codie Vermont to a firefighter.

“This is a big deal,” he said. “My father grew up in this town. He’s helped hundreds of people in 36 years.”

Deborah Chickering said she is thankful that Meyer is bringing fellow firefighters to town to honor her husband.

“You don’t truly know what this is like to go through until you have to go through it,” she said. “What Jay does, is makes it somehow a bit easier to cope. It’s never easy, really, but it’s nice to have the support.”

Megan Chickering Pratt, who is eight months pregnant, said she has been overwhelmed by the amount of support that her father and the family have received from around town.

The family has sold more than 400 T-shirts emblazoned with “Big Steve Strong” on the front and “Faith over Fear” on the back.

“It was amazing to show my dad how many people truly cared about him,” she said.

There is a big field next to the Chickering home, and she hopes folks will stay and hang out for awhile to talk about her dad.

The event is open to everyone who wants to show their support to the Chickering family, and not just firefighters, said Meyer. Those who would like to participate are asked to meet at the old Home Depot parking lot on Putney Road at 1:30 p.m.

Meyer is also asking folks to wear masks and maintain 6 feet of distancing.

The firetruck, which he purchased in 2013 from the fire department in Washington Court House, Ohio, was painted pink by students at Champlain Valley Tech in Plattsburgh, N.Y.

“The paint job isn’t perfect,” said Meyer, which is symbolic of the families he supports. “Anybody’s life, when touched with cancer, is no longer perfect.”

Meyer cares for the truck, which is adorned by dozens and dozens of signatures of the people he has visited over the years, out of his own pocket, though he does have a fuel sponsorship through Sandri Sunoco and DJ’s Truck Services, and Repair in Guilford performs an annual inspection at no cost to Meyer.

Those who would like to donate to help Meyer continue his mission with Codie Vermont’s Pink Fire Engine, can contact him via Facebook or via email at jaymeyer062@gmail.com.

Meyer is the son of Herb Meyer, who, for many years, was the emergency management coordinator in Guilford.

Meyer is also planning to visit a young girl with brain cancer in North Walpole on May 8. Those who would like to participate are being asked to meet in the Shaws parking lot on Route 12 in Walpole at 12:30 p.m.

Meyer said the firetruck is named after Codie Carson, a Kansas girl with “a happy-go-lucky attitude and smile that won me over.”