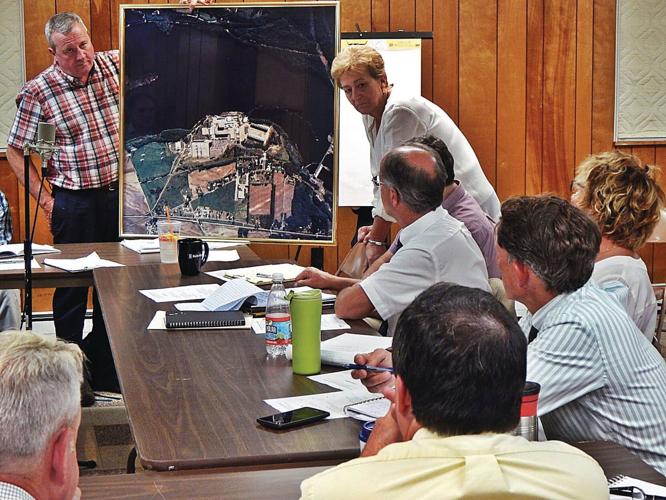 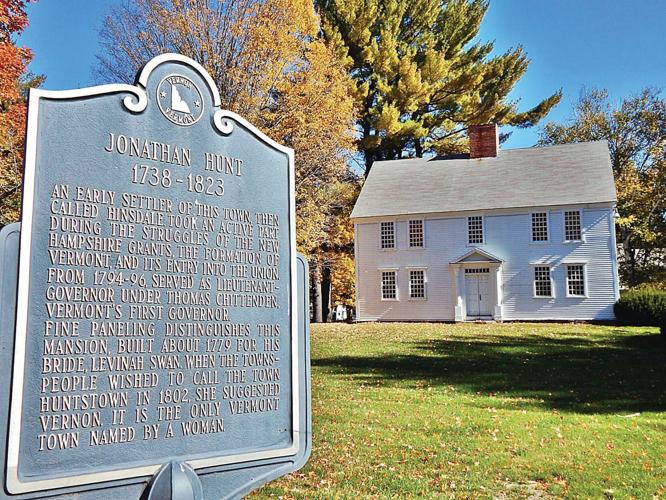 Photo by Mike Faher - VTDiggerVernon officials are interested in purchasing the historic Gov. Hunt House near the entrance of Vermont Yankee.

Photo by Mike Faher - VTDiggerVernon officials are interested in purchasing the historic Gov. Hunt House near the entrance of Vermont Yankee.

VERNON — While state and federal regulators hash out the proposed details of Vermont Yankee decommissioning, Vernon's town planners have their eyes on the future.

In new testimony filed with the state, Vernon Planning and Economic Development Commission officials and their consultant take a generally favorable view of NorthStar Group Services' plan to purchase and clean up the idled nuclear plant.

But they also have a list of requests, chief among them the idea that the site be restored for unrestricted use. Also, the planning commission is no fan of suggestions that the property be left vacant as a nature preserve.

"We strongly object to such a proposal," commission Chairman Bob Spencer wrote in state Public Utility Commission filings. "The site is located in the heart of the town, with access to significant energy and other infrastructure and a long history of use that could provide valuable economic benefits in terms of tax base support and employment."

NorthStar wants to buy Vermont Yankee from current owner Entergy, which stopped producing power in Vernon in December 2014. The New York-based company says it can clean up most of the property no later than 2030, which is several decades quicker than Entergy had been planning.

The federal Nuclear Regulatory Commission and the Vermont Public Utility Commission must OK the change of ownership.

A variety of entities have been weighing in on the NorthStar deal via testimony filed with the state. And Vernon's planning commission has taken an active role as an "intervenor" in the Public Utility Commission's review.

But Spencer's testimony makes clear that, as a volunteer board, the commission is "replying to a large extent upon the expertise of the several state and federal agencies" that are poring over the details of NorthStar's decommissioning plan.

"Frankly, as a planning commission, our concerns are, what does it really mean for future use of that land and for adjoining properties?" Spencer said in an interview Thursday.

To explore those topics, the commission enlisted help from a law firm and from consultant Bob Leach, a Brattleboro resident and former Vermont Yankee employee.

Leach's report focuses on two issues: The use of rubble as fill at Vermont Yankee, and the site's cleanup standards.

NorthStar's so-called "rubblization" plan has caused controversy. Leach notes that it's "not a new concept," and he sees downsides (noise and dust on the site) and upsides (less heavy disposal truck traffic in Vernon) to breaking up and burying non-radioactive concrete at Vermont Yankee.

Ultimately, he concludes that, "with proper oversight rubblization and on-site placement of uncontaminated material as fill could have benefits to the town."

On the topic of cleanup standards, Leach is happy that NorthStar has elected to pursue a residual radioactivity exposure level of 15 millirem per year - below the NRC's 25 millirem standard. That "would appear consistent" with the eventual release of the property for "unrestricted use," Leach wrote.

Spencer also is pushing for cleanup, both radiological and nonradiological, resulting in unrestricted reuse of the Vermont Yankee property. Town officials have been exploring commercial and industrial uses of the site and an adjacent switchyard, and they have expressed interest in ongoing involvement in the energy business.

NorthStar has mentioned the possibility of a placing a large solar array on the decommissioned Yankee property. But Chief Executive Officer Scott State has said the company has no firm plans at this point.

"We are not interested in being the long-term owner or developer of the site after it's clean," State said earlier this year at a meeting in Brattleboro. "What we're interested in doing is working with the local community to find the highest and best use of the property."

Vernon's planning commission has a variety of other goals, as detailed in Spencer's testimony. They include:

- The town wants an option to purchase the historic Governor Hunt House, situated near the Vermont Yankee entrance, for $1.

"This structure represents a vital part of the town's history," Spencer wrote.

- The planning commission wants NorthStar to extend or renegotiate a tax-stabilization agreement between the town and Entergy.

The current, six-year deal, signed in 2016, sets the plant's value for tax purposes at $78 million and provides for an annual payment in lieu of taxes. The planning commission is hoping for "a comparable funding level for the duration of decommissioning," Spencer wrote.

- The planning commission is looking for reimbursement of town costs incurred in the state's regulatory review of NorthStar, and also for costs that may be incurred during decommissioning - for instance, increased road repairs.

- Also, Spencer is requesting that NorthStar "give consideration to local businesses, services and resources for use in decommissioning projects."

One other request ties directly into the planning commission's mission: NorthStar, Spencer wrote, should "become a partner with the town in developing its visions for the future."