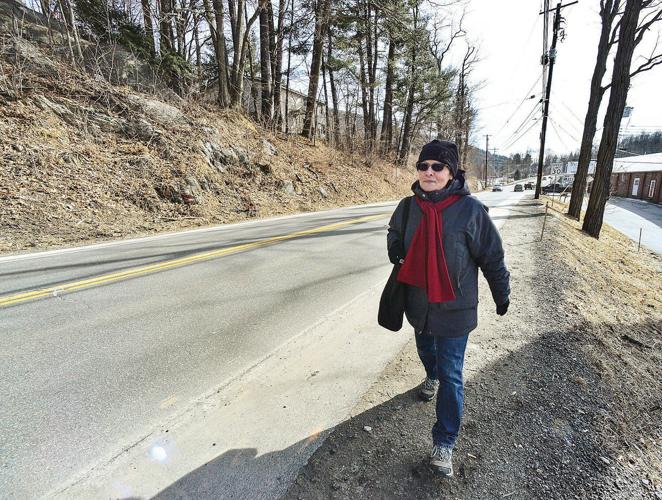 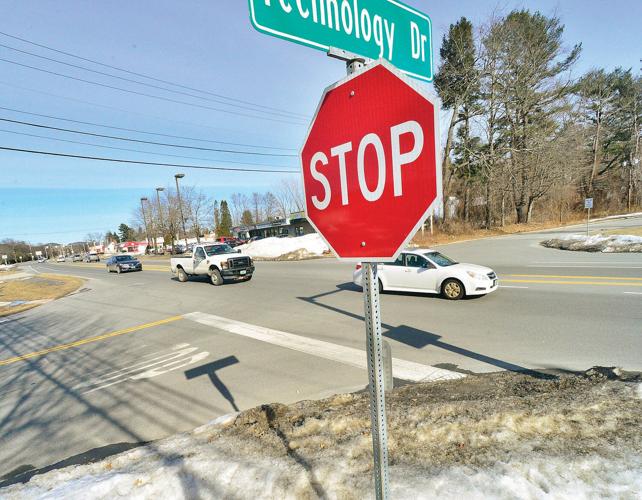 The intersection of Technology Drive and Putney Road. 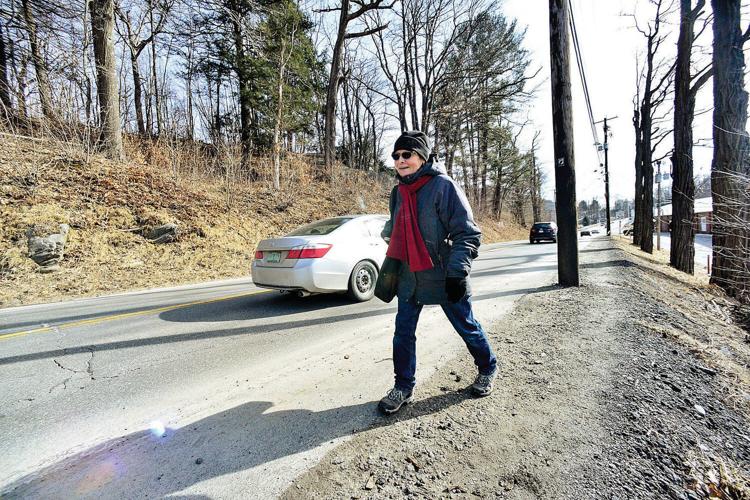 The intersection of Technology Drive and Putney Road.

BRATTLEBORO — It's been a dozen years since the town first learned of a major construction project that would totally rework Putney Road from the Vermont Veterans Memorial Bridge to the roundabout at Interstate 91 Exit 3.

And it could be another 10 years before the project is complete.

But Ken Upmal, roadway design project manager for the Vermont Agency of Transportation, said that in the past eight months or so, he has talked with 90 percent of the businesses and landowners along that stretch of road.

"We have resolved the majority of potential conflicts and concerns raised by abutting property owners," said Upmal. "The important message is that we have made significant advancements in the design of the project and have refined it in coordination with individual property owners to move this into Act 250 and right-of-way hearings."

Upmal said he and the agency hope to present an update to town officials sometime in the spring and then move into Act 250 hearings in the late summer or early fall. Because the state initiated a dialogue with property owners in advance of the Act 250 hearings, he hopes that process might only take 12 to 18 months.

But, he noted, in a project of this size with four new roundabouts dispersed along nearly 1.5 miles of roadway, there still could be delays depending on how many people seek party status in the hearings.

"Basically, we have met with everyone along the corridor," said Upmal.

"We have addressed most all of their concerns. We have made an incredible amount of progress for an extremely difficult and challenging project."

In addition to the four single-lane roundabouts, the plan calls for 10-foot, dual-use sidewalks on both sides of the road, a landscaped median, bus pullouts and signaled crosswalks, he said.

The design plans also call for the relocation of utility lines, a new network of storm drains and pipes and a retaining wall along the east side of Putney Road that will run from just past the Vermont Canoe Touring Center to just before Town Crier Drive.

A sidewalk will begin at Spring Tree Road on the west side of Putney Road. Businesses along that side of the road, from Friends of the Sun to Top of the Hill Grill, will get a curb, meaning access to their parking lots will be restricted to certain entry points, rather than from anywhere along the road as it exists now.

"We have talked with the business owners about access and egress, business signs and a number of other issues to try to address those issues to reduce, minimize or eliminate any conflict or concerns they might have," said Upmal.

Dan Deitz, owner and manager of Brattleboro Tire, said that while Upmal and others in the agency have been in contact with him over the years, "I feel like I didn't really have any say in the project. But the decisions they have made were somewhat acceptable to me."

He said that while the project when finished will be good for his business, he worries his customers will avoid the area while the work is being performed.

"If I were a consumer or commuter, I would be avoiding this area," said Deitz. "I would take I-91."

Deitz said having a curb installed and losing the unlimited access his customers now have from the road is not a bad thing.

"I like having the unlimited access, but so does everybody else," he said. "I get cars pulling in here, people talking on cellphones and big trucks making u-turns."

That will probably end when the state installs a curb, he said.

Gary Goodmote, owner of Friends of the Sun, has been involved in planning for this area of Brattleboro for more than 25 years. He said the changes to Putney Road will be welcome.

"I'm happy about getting a sidewalk and a curb cut," said Goodmote. "The disturbing thing for me is the next five years. Even though they did a little bit of safety stuff, it's pretty dangerous. I've seen women with baby carriages and kids walking along the road there."

The design plans don't call for any substantive changes to the turnoff to Spring Tree Road.

"That's the most dangerous stretch of the road, but I don't know what they can do about it," said Goodmote.

At Town Crier Drive, just up the road from Brattleboro Tire, 10-foot sidewalks designed for bicyclists and pedestrians will be built on both sides of the road, stretching all the way to the Exit 3 roundabout.

While there will be no median on the first leg of Putney Road from the bridge, the divided roadway will begin at Noah's Lane, in anticipation of the first roundabout, planned for the intersection of Landmark Hill Drive and Technology Drive. The second roundabout is planned at Chickering Drive with the third at Royal Plaza, the location of the Hannaford Supermarket, and the fourth at Hardwood Lane and Black Mountain Road.

In 2007, when the project was first proposed to the town, the estimated cost was $15 million. It could be double that when it finally gets underway. Eighty percent of the cost will come from the federal government and the rest from the state.

Upmal said the main reason for upgrading Putney Road is for safety, for both drivers and pedestrians.

Steve Barrett, director of Brattleboro's Department of Public Works, said he has been in discussion with the state in the past few months, mostly about what might happen to the existing water and sewer lines.

"Some of those utilities will need to be moved, but the costs will be covered in the project," said Barrett. However, while the dirt is being turned, the town might install some pipes to facilitate any future development along Putney Road. Any of that work would come out of the town's pocketbook, he said.

"There are different lots that could be developed," he said. "They might need additional water or sewer services."