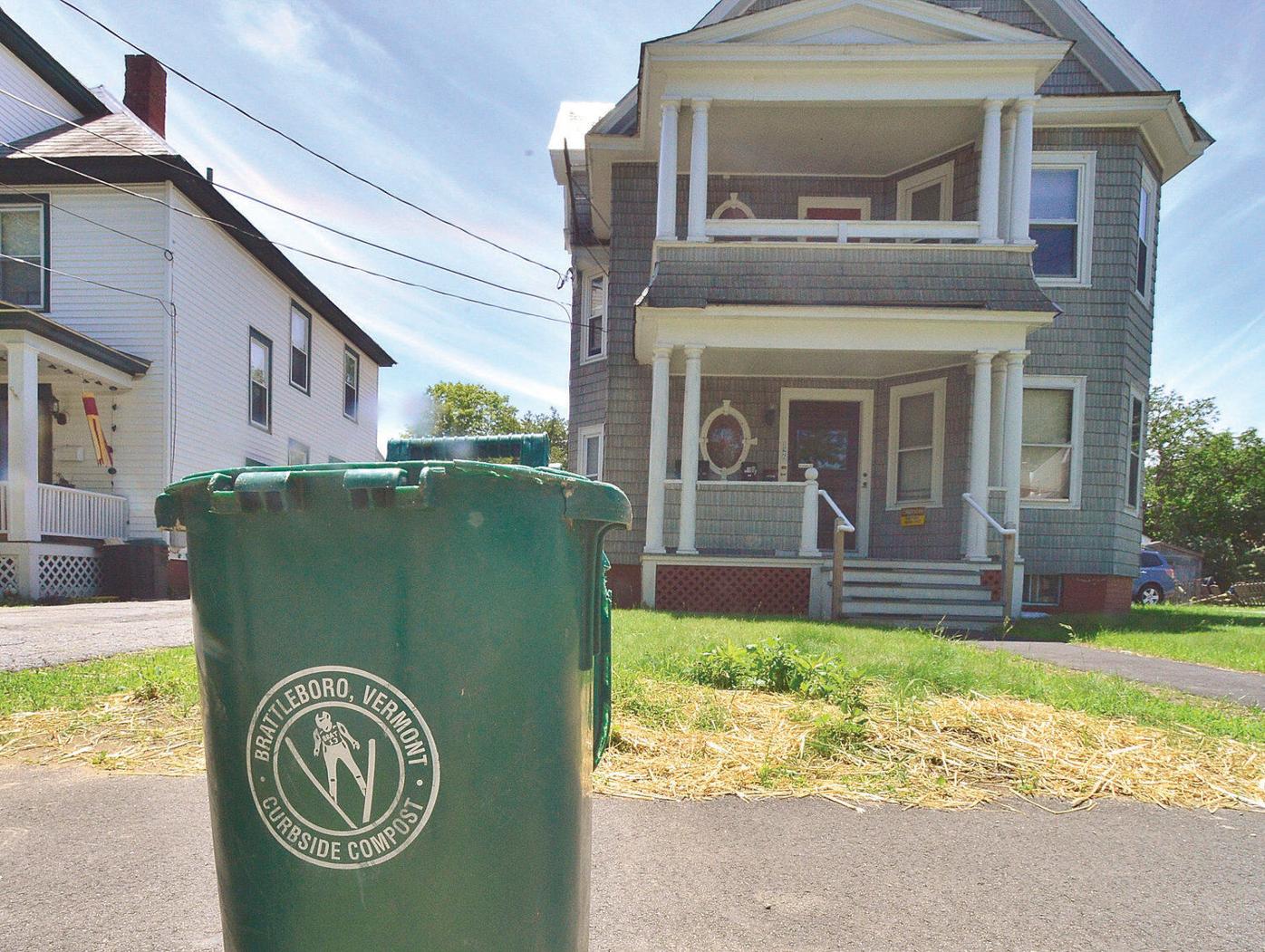 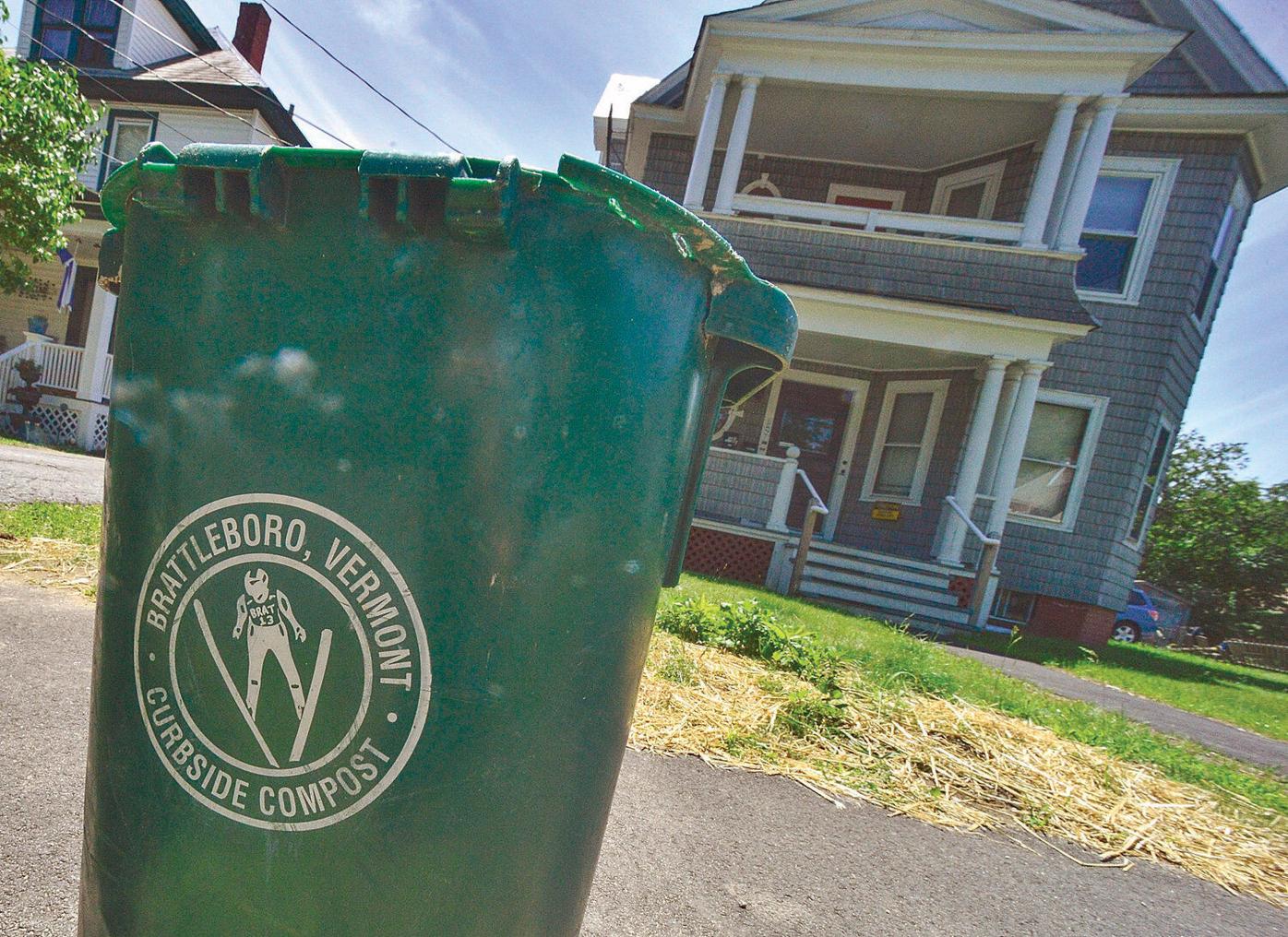 "There was a concern that, particularly after shifting to single stream and in general, because we all know that the markets for recycling have become volatile, that maybe some of that recycling stream was also being diverted into garbage," Brattleboro Town Manager Peter Elwell said during Tuesday's Select Board meeting. "Based on the information that we've received from Casella [Waste Systems Inc.], who is the processor of our recycling, that's actually not the case."

"Newsprint is shipped domestically and overseas depending on the market at the moment, when they're sending off a shipment of it," he said. "The reason why it sometimes goes so far away is because overseas, people are still reading newspapers and in the United States, not so much. So there isn't as much of a market. The newsprint when it gets recycled gets recycled into new newsprint and there isn't as much of a market for rebuying newsprint in the United States."

Elwell reported that recyclables such as milk jugs and laundry detergent bottles are shipped domestically to create new plastic products including car parts, buckets and toys; water bottles are remade into new water bottles, fleece and carpet; tin is shipped domestically to make other tin cans and other metal products; aluminum is recycled over and over again with Anheuser-Busch Companies LLC being the biggest buyer; and tubs and lids are typically recycled into paint cans.

"Glass is the one commodity at this point that is still problematic, which is pretty interesting because there was a while when the volatility started a few years back when glass was pretty dependable and some of the glass products were hard to get rid of. Now, glass has lost its value," Elwell said, adding that Casella is advocating for legislation to require that glass be used to make certain products. "But right now, they do their best to sell their glass off to make new glass. Or in some cases for roadwork and construction sites, you can mix in recycled glass into some of those building products."

Elwell said garbage picked up through Brattleboro's curbside program goes to facilities in Coventry, Bethlehem, N.H., and Concord, N.H., depending on agreements with the town's hauler Triple T Trucking.

In January 2018, China banned nearly all plastic trash imports, raising concerns about the future of recycling. But in Vermont, recycling is mandated by law.

Josh Kelly, materials management section chief at the Vermont Agency of Natural Resources, said recyclables — like many other commodities where their values can fluctuate — are in a "down market."

"It's all about getting them to a market where they're clean and can be used," he said. "We're in a rough patch right now in terms of global markets."

"China's 'National Sword' policy, enacted in January 2018, banned the import of most plastics and other materials headed for that nation's recycling processors, which had handled nearly half of the world's recyclable waste for the past quarter century," Cheryl Katz wrote in "Piling Up: How China's Ban on Importing Waste Has Stalled Global Recycling," which was published online by the Yale School of Forestry & Environmental Studies. "The move was an effort to halt a deluge of soiled and contaminated materials that was overwhelming Chinese processing facilities and leaving the country with yet another environmental problem — and this one not of its own making. In the year since, China's plastics imports have plummeted by 99 percent, leading to a major global shift in where and how materials tossed in the recycling bin are being processed. While the glut of plastics is the main concern, China's imports of mixed paper have also dropped by a third. Recycled aluminum and glass are less affected by the ban."

There could be an upside, Katz wrote, if the ban "leads to better solutions for managing the world's waste, such as expanding processing capacities in North America and Europe, and spurring manufacturers to make their products more easily recyclable. Above all, experts say it should be a wake-up call to the world on the need to sharply cut down on single-use plastics."

Oversupply means less demand, said Kelly, who recently had a colleague remark that he has lived through three similar downturns in the recycling market. It has led to some municipalities in the country dropping recycling from their collections.

"We are all human and as humans, we may remember the good times but we never forget the bad times," Kelly said. "And this is one of the bad times."

Kelly reminds Vermonters to recycle the right things and make sure their containers or jars are empty and rinsed clean before they are disposed. He said cardboard boxes should be kept dry to prevent contamination of materials and maintain value.

Some communities in New Hampshire have cut back or temporarily discontinued recycling programs due to rising costs, according to news reports. But Vermont mandated recycling in July 2015 and modeled its law after those found in several other states.

Kelly said his agency has been charged by statute to reduce waste generation and recycle as much as possible since 1988.

Food scraps and other organics are collected separately from residences in Brattleboro.

"The analysis showed the collection of recyclable materials contributed 41 percent of the diversion, and 23 percent is attributed to organics," according to a news release issued Aug. 9. "The actual landfill diversion rate is probably 2 percent less due to contaminants in the recyclables and organics."

The state has a solid waste plan, which contains a goal for diverting 50 percent of its materials from the landfill no sooner than 2020.

"My understanding is that Brattleboro with its curbside recycling and compost pick up has exceeded this 50 percent measure and so has exceeded the statewide goal," said Kelly.

Since Spencer first started at the district in 2011, the economic landscape in the recycling world has changed.

"When the markets were great, towns were getting paid money," he said. "They were sharing the profits 50/50."

Spencer said there were ups and downs during his first five years, making things difficult politically within the district. Declining revenue led to higher assessments for each town.

Ultimately, the district's board of directors decided to close down the materials recovery facility, which processed recycling.

"The district's finances are significantly better now because the MRF was costing us a lot of money," Spencer said. "We laid off nine people so our payroll dropped and we've turned the composting operation into a profit center. And our transfer station is a profit center because our fees that we charge people are higher than our costs."

Now, member towns in the district must hire their own haulers to take away recycling from municipal collections and pay fees to stay in the district, which offers services required by the state such as hazardous waste collection and education. Spencer said he believes the change represents a "cost shift." He is studying the costs in member towns.