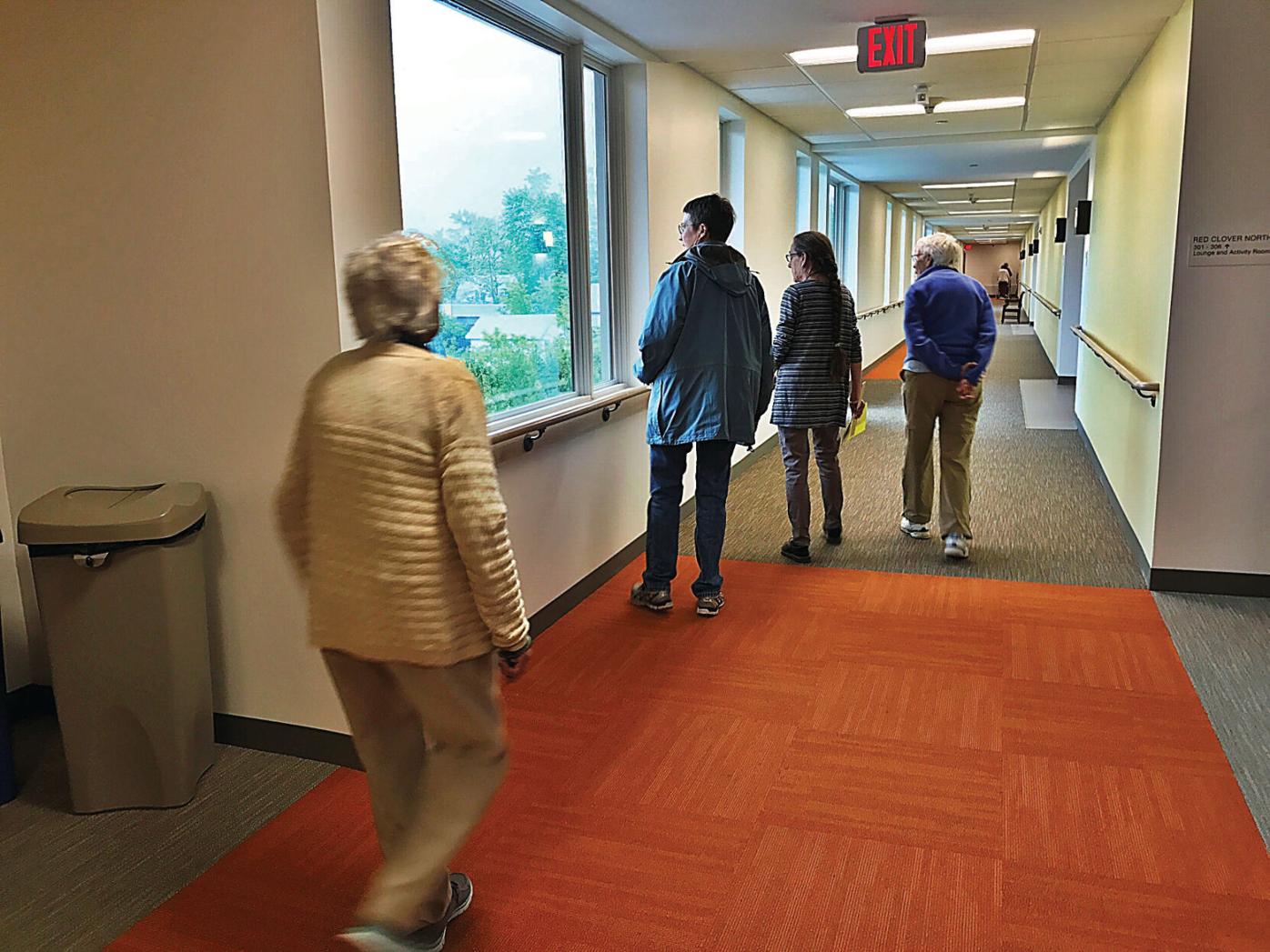 Members of the public toured Red Clover Commons on Thursday. 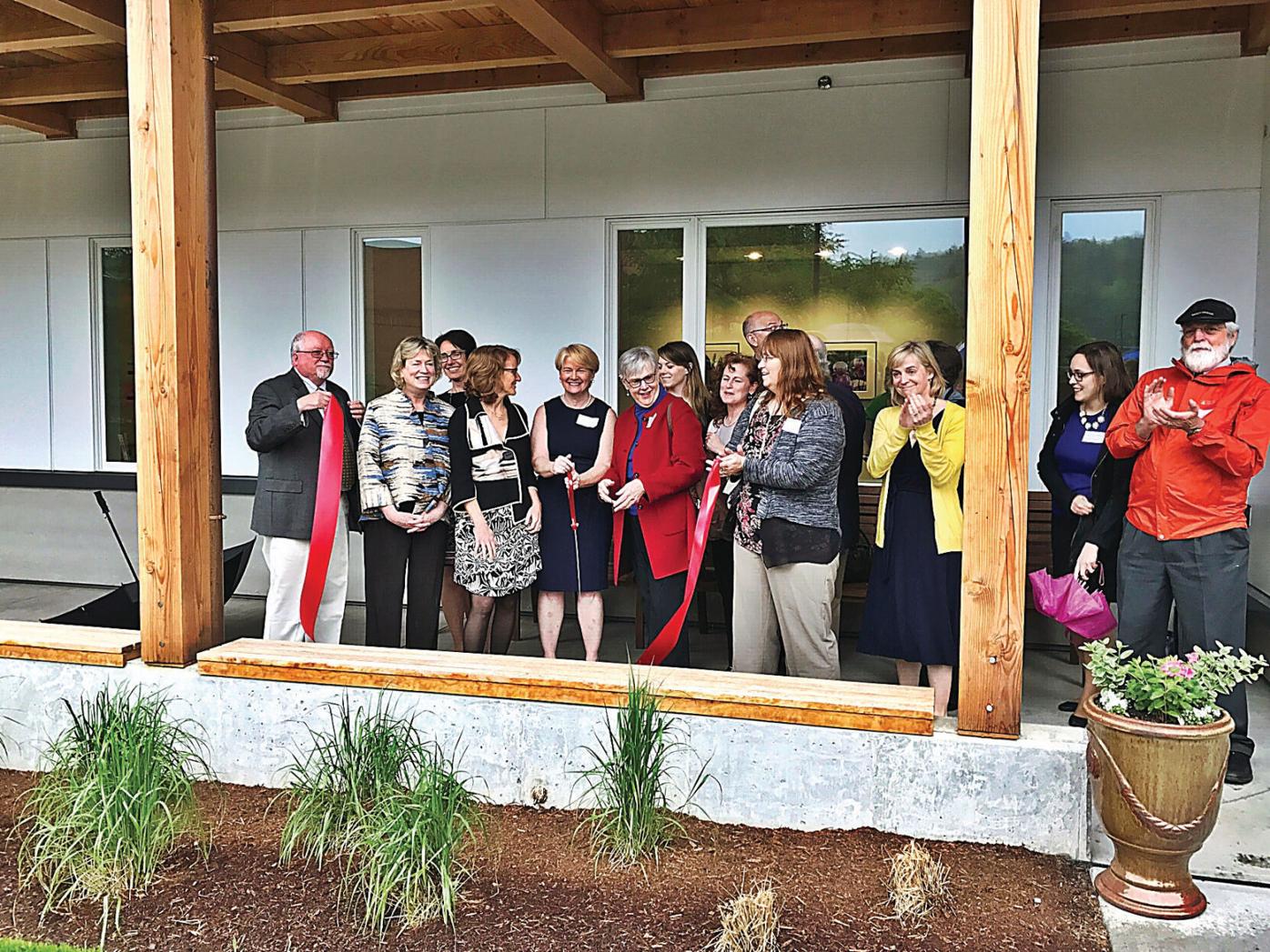 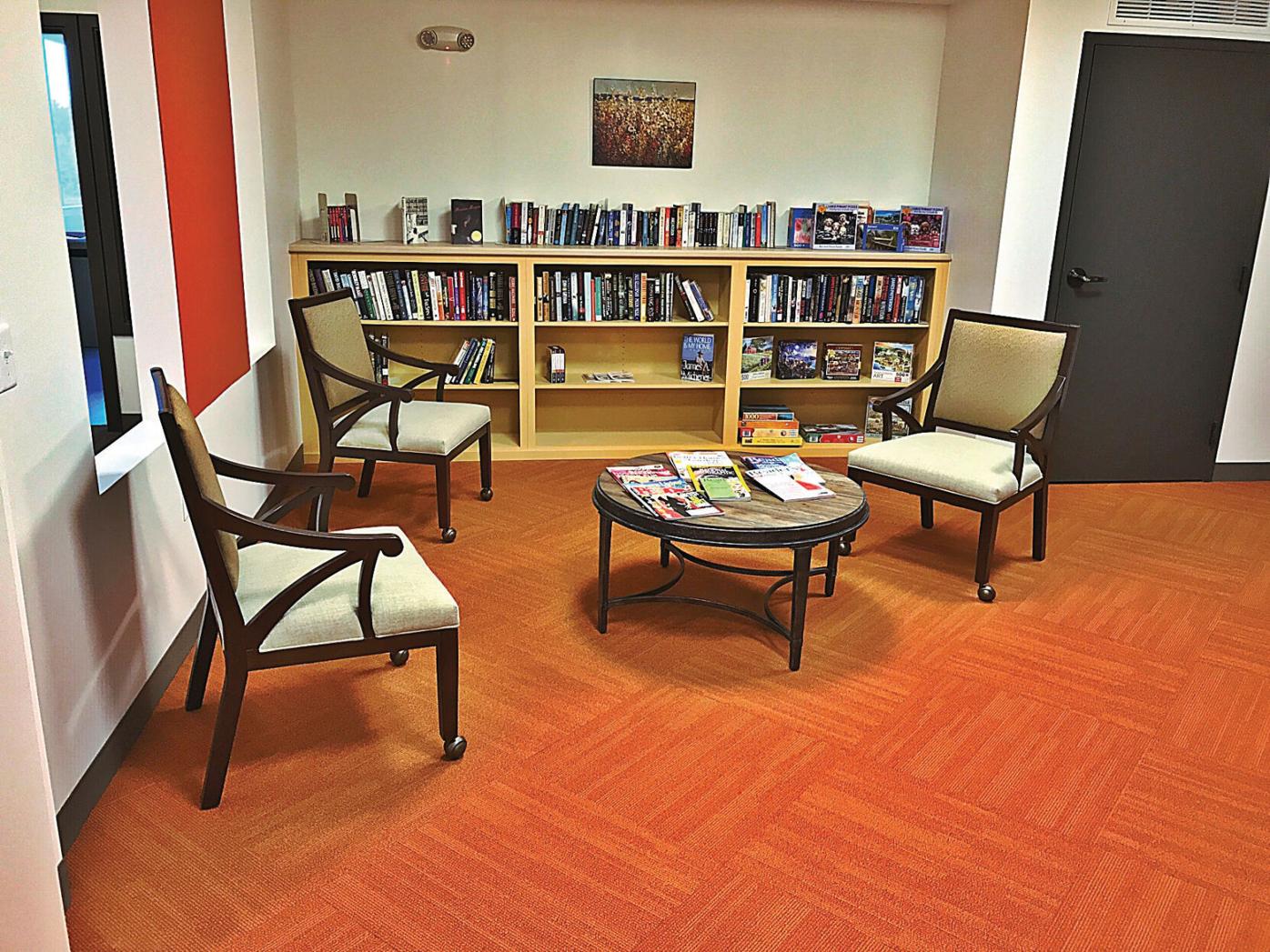 One of the lounge rooms at Red Clover Commons.

Members of the public toured Red Clover Commons on Thursday.

One of the lounge rooms at Red Clover Commons.

BRATTLEBORO — After about 16 months of construction at Red Clover Commons, members of the public who were invited to check out the new housing for low-income elderly and disabled residents had some positive things to say.

"I could live here," said one attendee.

Other comments heard on one of the tours Thursday included: "This is cute." "This [unit] is huge." "I'm surprised by the size."

It cost about $16 million to purchase the Fairground Road property and build Red Clover, according to Nancy Owens, executive director of the nonprofit Housing Vermont, the co-developer and co-owner of Red Clover with Brattleboro Housing Partnerships. Melrose Terrace units are being demolished as a way to mitigate future flood risks in the town. Residents from Melrose have been moved into Red Clover's 55 units and plans are being made for the relocation of the remaining 25 residents at Melrose.

Over 200 suggestions were collected during the planning and construction phases. "They show up all over this building," BHP Executive Director Christine Hart said, thanking residents for their input and ownership of the project since the beginning of the process.

A geothermal heating and cooling system at Red Clover was touted by Owens as an investment that addresses both the costs to residents in rental fees and sustainability.

Red Clover's three stories have lounges on each floor. Remarks for Thursday's event were made in the gathering space on the first floor. An activity room can be found on the third floor, where the senior exercise program Bone Builders is held.

Kitchens and bathrooms in each unit have a lot of space to move around. Windows are big, allowing lots of light to come in. Railings on the walls on each floor make navigating the building easier for residents who need to lean while walking. Two elevators can be used instead of the stairwell. Each floor has a different color and theme to help residents stay oriented.

"This is the outcome of a very long process of resettling a community from Melrose [Terrace], an established public housing neighborhood in West Brattleboro," said Brattleboro Planning Director Rod Francis. "We're very happy to say that 55 people live here now and we're really excited about moving on. We have one more phase to move more of the community out of Melrose and we're looking at that stage now."

On the collaborative nature of the project, Brattleboro Housing Partnerships Board Chairwoman Janet Cramer thanked the town staff and the U.S. Department of Housing and Urban Development.

Michael McNamara, Vermont field office director for HUD, said he spent a lot of time in Brattleboro after Tropical Storm Irene devastated parts of the state in August 2011 and he was pleased that the BHP could secure a $5.5 million loan from HUD to make Red Clover a reality.

"None of this could have happened without the greatest congressional delegation on the planet," McNamara said while noting that after Irene, U.S. Sen. Patrick Leahy helped get Vermont federal aid in the amount of almost $40 million in Community Development Block Grant Disaster Recovery funds. "And this project would not have happened without that money."

People's United Bank provided $7.5 million in equity through a federal low-income housing tax credit program, plus construction financing and a $1 million permanent loan. Also assisting with funding were the Vermont Housing and Conservation Board, the Federal Home Loan Bank of Boston, Efficiency Vermont and Housing Vermont.

"In that moment, they decided not to do what was easy — even what some folks counseled them to do," Hollar said. "They decided to do what was hard and that was to work on a long-term plan to move people and find new places to be and to replace those homes at Melrose that were affordable and decent, but they no longer were safe."

Gossens Bachman Architects designed the project and Trumbull-Nelson Construction was the general contractor. Much thought went into energy efficiency and environmental impact, according to officials involved in the planning.

Hollar said the project was about protecting vulnerable Vermonters, by moving elderly and disabled residents out of harm's way.

"Unfortunately, dark clouds are rolling towards Vermont again," she said. "The troubled skies headed our way from Washington are our new threat to the vulnerable. But as we celebrate today, know that the commitment, creativity and collaboration that came out of Irene made us stronger. And we'll be able to weather that storm together."

Vermont Department of Housing and Community Development Commissioner Katie Buckley lives right around the block from Red Clover. The Guilford resident said she has driven past the property that's now home to the housing development for the last 12 years.

"I watched day after day as nothing was here then all of a sudden, it began to transform the community and the neighborhood," Buckley said. "There was a vacant lot here that was an eye sore and it became something beautiful, something wonderful."

Information about the apartments can be found at brattleborohousing.org/properties.