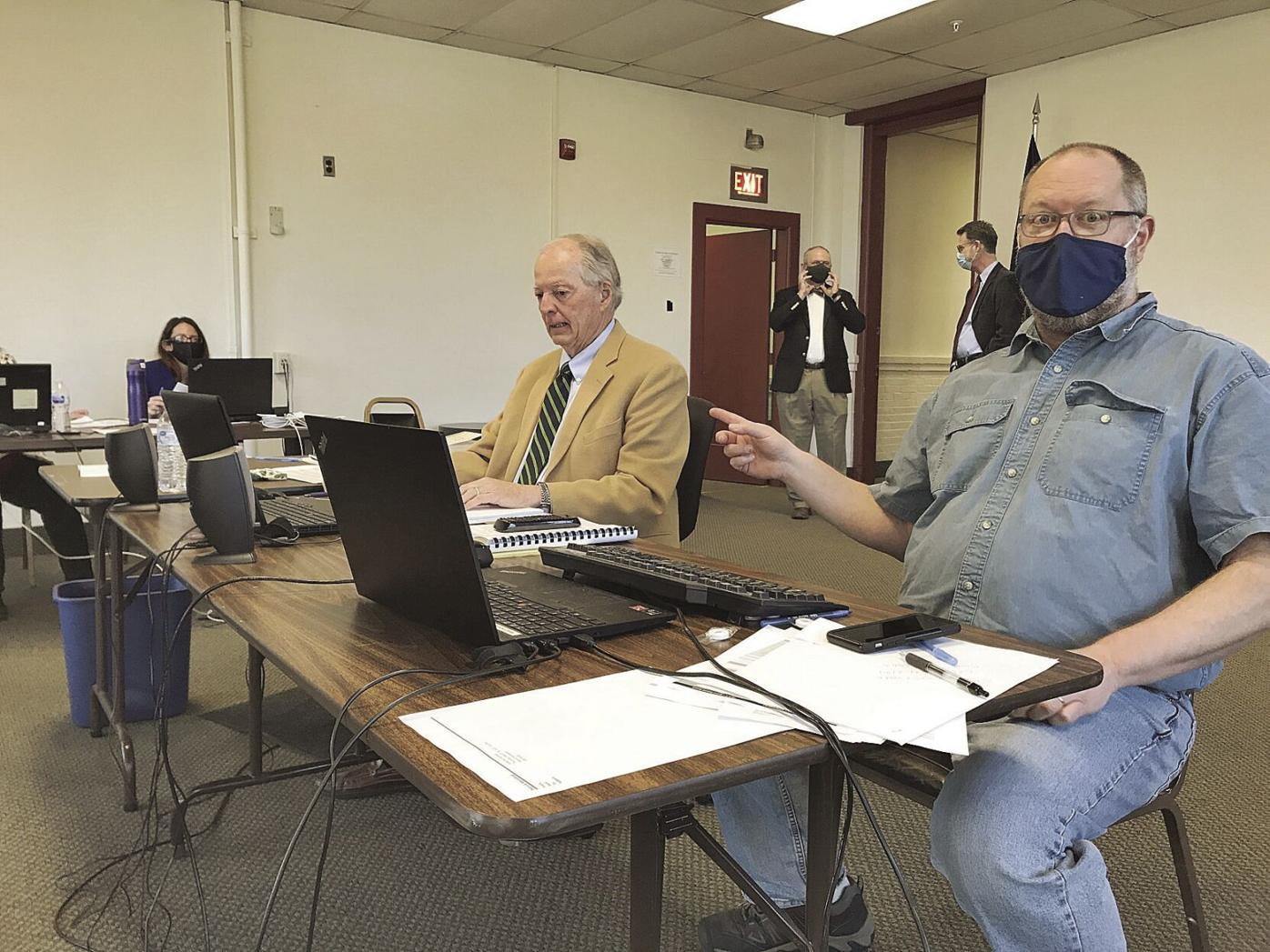 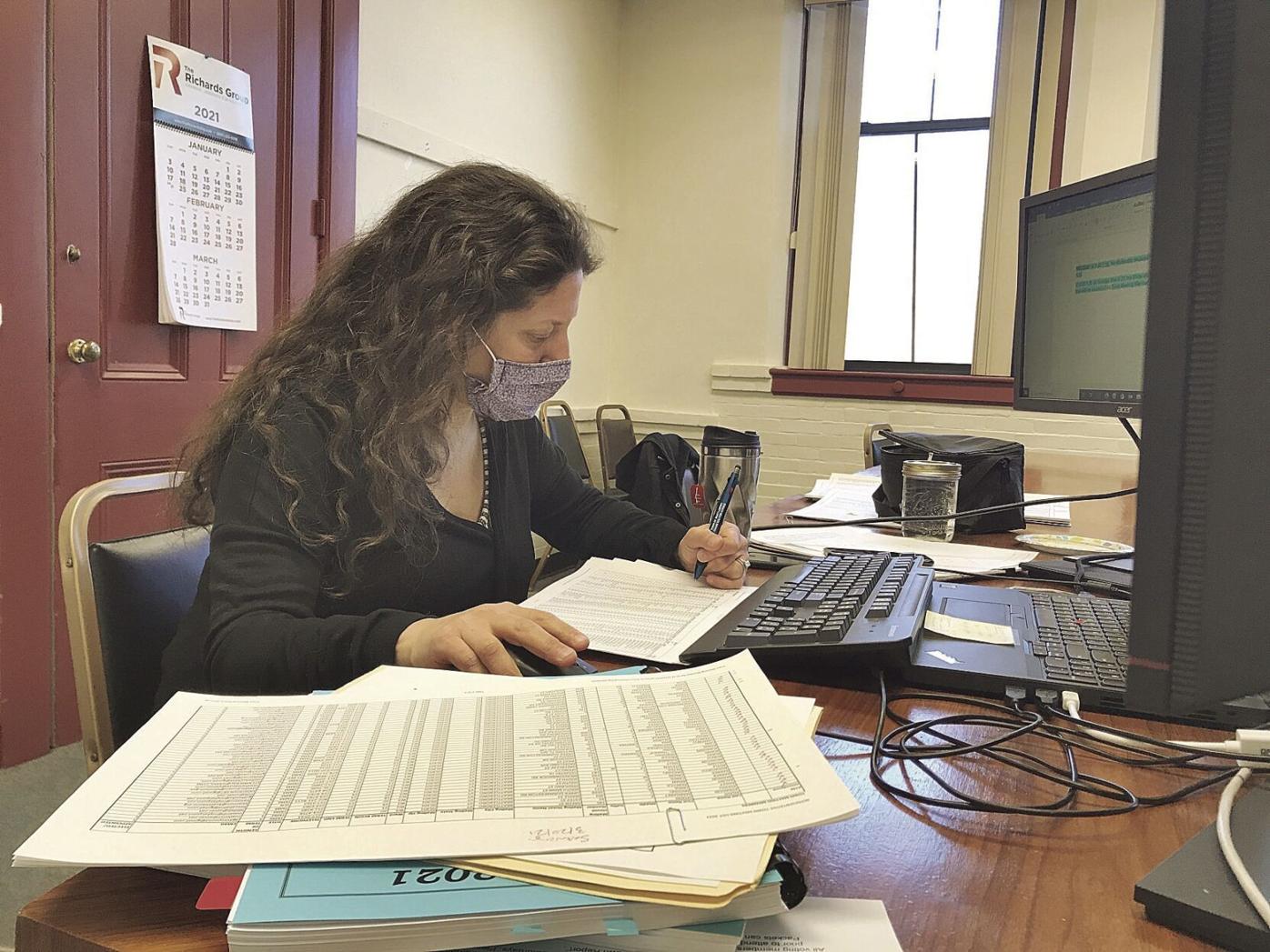 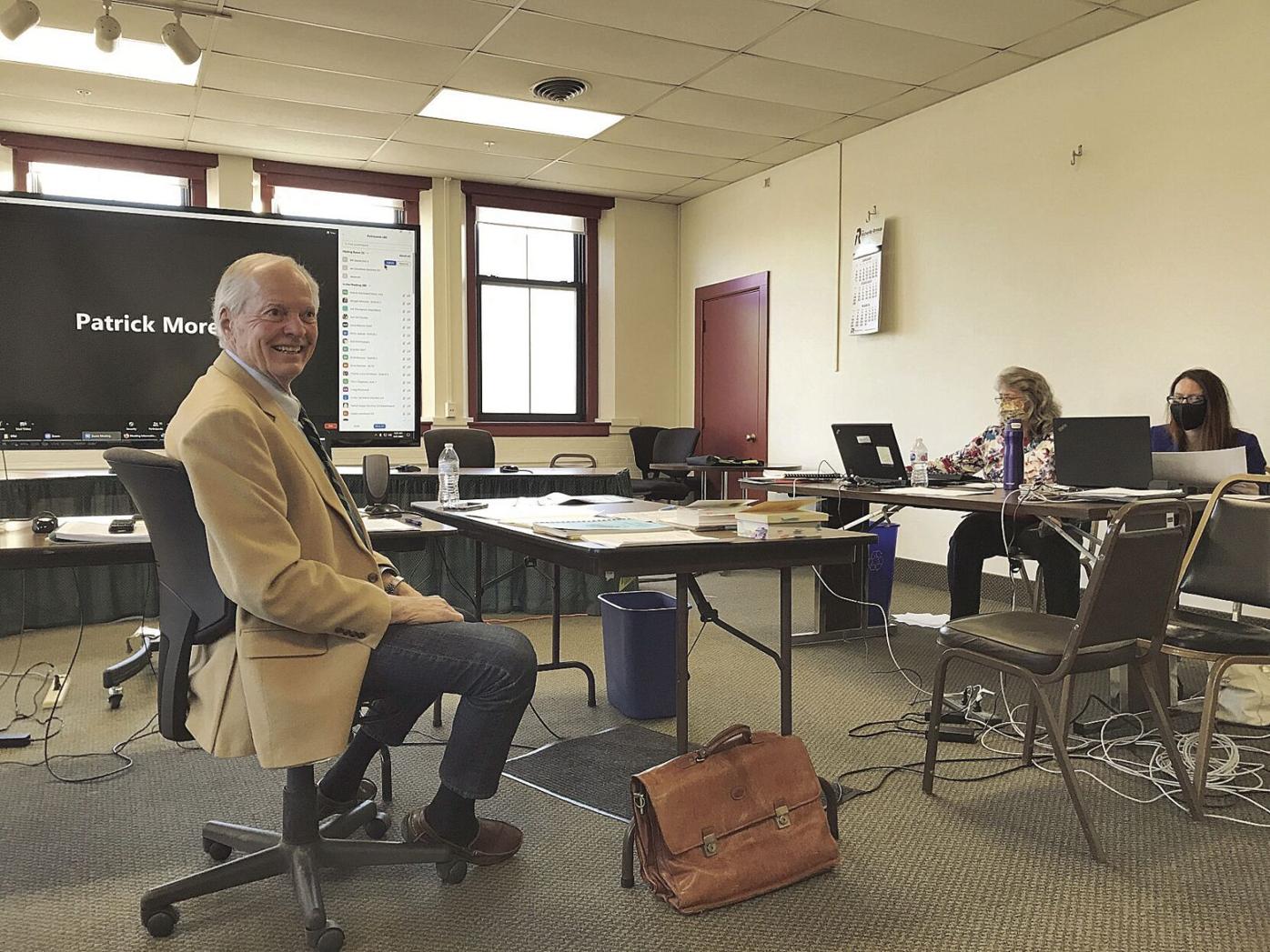 BRATTLEBORO — Town Meeting members gave Select Board members raises, provided an oversight process for undertaking a major upgrade to the town’s website and funded all requests made ahead of their annual meeting that lasted two days and more than 15 hours.

“We’re all anxious to return to our live meetings, which are obviously are a lot more satisfactory than this format,” he said Saturday morning, as he and other town officials stationed at the Municipal Center began the meeting that ran longer than those in recent years, when meetings would stretch up to a (then) record-setting 13 hours.

Kurt Daims of District 2 moved to suspend the rules to unmute all participants to make the remote meeting more closely resemble a live one. The measure failed 113-16.

The body overwhelmingly approved initial articles to accept the town’s auditor’s report, employ a certified accountant and confirm appointments of Hilary Francis as town clerk, Deborah Desrosiers as interim town treasurer and Fisher & Fisher Law Offices as town attorney. In a 118-3 vote, Town Meeting members ratified decisions by the Select Board to purchase an animal control officer’s vehicle for about $28,000 and replace the salt shed at the Department of Public Works for about $80,750.

Compensation for the Select Board was warned on an article to stay at $5,000 for chairperson and $3,000 for other members, although the board discussed the potential for bigger paychecks after community members raised the issue and anticipated there’d be lots of talk at the meeting. In an amendment approved 87-42, George Carvill of District 1 proposed changing the figures respectively to $10,000 and $8,000 and allowing child or elder care expenses to be reimbursed. He said the extra funds might help overcome barriers for those who don’t have as much representation now.

“I think this is one way to increase accessibility,” HB Lozito of District 2 said.

“I am one that is on a fixed income and I’m looking to see some of these things be restrained,” Sullivan said, adding that people shouldn’t have taxpayers subsidize them to serve on the board.

Sullivan: Payment should never be a primary motive for public service

While DeGray called his proposal “a responsible increase,” critics said it didn’t go far enough to attract people who can’t currently serve due to barriers. A unanimous 128-0 vote authorized a transfer of $530,000 from the unassigned general fund balance or reserves to replace the limited use limited access elevator at the Gibson-Aiken Center for $130,000, replace sidewalks for $100,000 and cover $300,000 worth of paving projects.

Increase Select Board stipends to foster inclusion and diversity

This Saturday at Representative Town Meeting (RTM), town reps in Brattleboro will have a cha…

An article to spend $75,000 on website upgrades passed 112-10 after an amendment outlining a process aimed at inclusivity was approved 87-35. Carvill proposed the process include town staff developing a request for proposals with Select Board approval after soliciting feedback from community members having difficulties accessing and providing town information. Those with experience with social services, racism, classism and homelessness also should be involved.

“I believe that this is a critical thing that we can do to make our town more accessible and I think it directly reflects the town of Brattleboro to other communities,” Select Board member Ian Goodnow said. “I appreciate the amendment and I’m really looking forward to working on this in the next year if RTM approves it.”

After an 85-38 vote, $37,551 will go to the community marketing initiative organized by the Brattleboro Area Chamber of Commerce and Downtown Brattleboro Alliance. The figure represents 10 percent of the revenue collected by the town for the 1 percent room and meals tax from the prior fiscal year.

Alex Fischer of District 2 described being conflicted about the effort but wanting to support businesses with owners or managers who are Black, Indigenous or People of Color (BIPOC) or LGBTQIA+.

Stephanie Bonin, DBA executive director, said the initiative is about increasing the number of people who visit Brattleboro.

“The conversation about change is happening everywhere,” she said.

Bonin said a firm led by a first-generation Cuban American woman was hired to start the next phase of the project, which includes specific outreach related to BIPOC communities. Peter “Fish” Case of District 2 spoke in favor, saying the effort “can’t be treated like a sprint. It has to be a marathon.”

Chris Chapman of District 1 read correspondence from Curtiss Reed Jr., executive director of the Vermont Partnership for Fairness and Diversity, noting that discrimination, bigotry and racism aren’t unique to Brattleboro.

“We are working together collectively to make Brattleboro a better place for everyone,” Reed said, according to Chapman, looking at the initiative as as an opportunity to market the community as a designation for BIPOC.

An article to raise and appropriate $80,000 through special assessments in the Downtown Improvement District to fund DBA work for the year passed 106-14. A 110-8 vote secured $276,400 for human service programs and facilities. An article aimed at determining how much to spend on the line item next fiscal year kept the figure at 1.4 percent of the town’s prior fiscal year budget, as was done this time around, after a 101-14 vote.

Paula Melton of District 1 called for changing it from 1.4 to 2 percent for fiscal year 2023 but the amendment failed 63-52.

“We have some fantastic organizations doing incredible work and I think it’s important we support them in all the ways we can,” said Bethany Ranquist of District 1, who let Town Meeting members know that a white nationalist group was demonstrating downtown during the meeting and suggested extra funding might help build up organizations “so there wouldn’t be Nazi rallies in town.”

The Human Services Review Committee fully funded all requests by organizations but the total didn’t meet the 2 percent threshold, which Town Meeting members have suggested at previous meetings. Prudence MacKinney of District 1 said human services are important but the increase this year was too big for a town of Brattleboro’s size. Chapman worried growing tax rates would be “squeeze some of the very people we want to help.”

After about 10 hours, the meeting was adjourned until Sunday morning. The fiscal year 2022 budget was approved 111-7 at the start of the second day.

A $36,147 allocation to Southeastern Vermont Economic Development Strategies was approved 89-21 with an amendment from Ranquist requiring the group to give town-specific data in its annual report in order to get funding next year. The money will come from a revolving loan fund that distributes proceeds originating as Community Development Block Grants.

Article 11 seeks approval to take out a $12.5 million bond for major upgrades at the Pleasant Valley Water Treatment Plant. Crispe said the bonding company requires the municipality to vote on the measure by Australian ballot. Ballots need to be returned via the drop box in the Municipal Center parking lot by 5 p.m. Friday.

Andy Davis of District 3 and three other Town Meeting members spoke in support of the project.

“It seems like all the due diligence has been done for a very important project,” Davis said.

Approved 95-2 under other business, a resolution encourages the Select Board to maximize the number of Brattleboro residents and building suppliers in town involved in construction even if it costs a little extra.

A resolution presented by Bob Oeser of District 3 urges the Select Board and Elwell to send a copy of the town-commissioned report on community safety to state agencies and state officials, as it includes details about harmful experiences with the Vermont Department of Children and Families. The resolution, which passed 81-5, recommends reallocating funds to increase accountability and better support families.

Proposed by Fischer and approved 59-21, a resolution says spending by the municipality shouldn’t be in conflict with the community safety report. A resolution pitched by Art Miess of District 3 and passed 70-8 acknowledges Saturday’s demonstration, condemns white supremacy and supports the recommendations in the report.

An ad-hoc steering committee will be created with elected Town Meeting members to enhance the efficiency and effectiveness of the body. Millicent Cooley of District 3 proposed the measure, which passed 73-15. And the Finance Committee will prepare a pamphlet explaining basic town finance information to Town Meeting members after a resolution pitched by Daims was approved 74-10.

The meeting lost its quorum before 2 p.m. Sunday before all resolutions from the body could be read or voted on. The body then voted 54-11 to recess the meeting until 4:30 p.m. Friday for the sole purpose of adjourning the meeting.

Letter: More money does not equal a better Select Board

To the editor: Representative Town Meeting's decision to more than double the stipend for the Brattleboro Select Board is a misguided one, and…