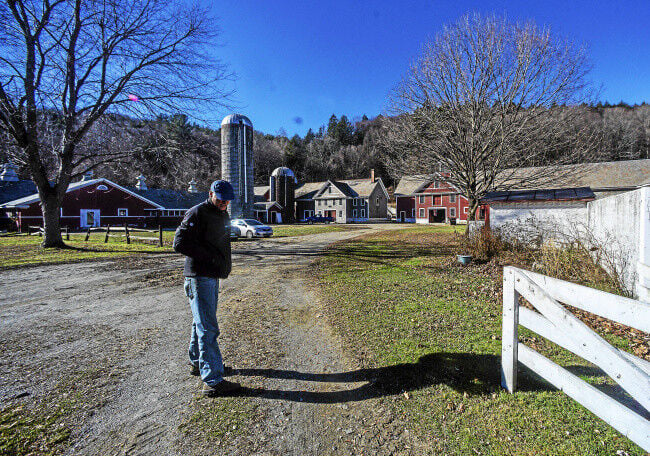 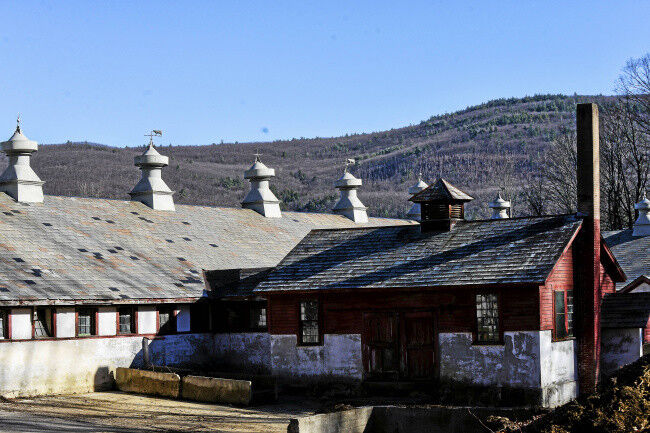 Landscaping in this section is expected to be completed early next year. 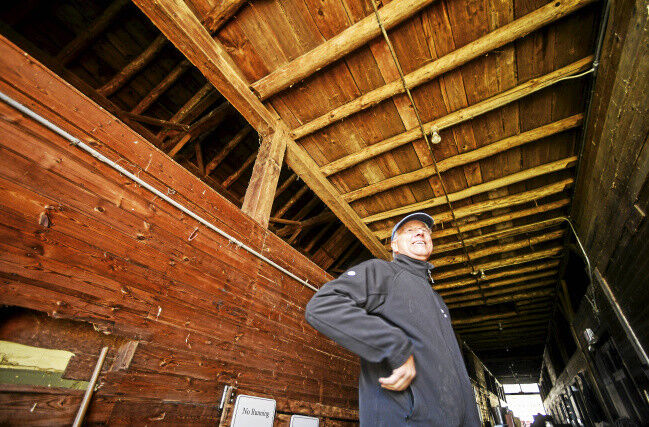 Landscaping in this section is expected to be completed early next year.

BRATTLEBORO >> For over a year, Arthur "Buzz" Schmidt and Lu Neuse looked at how to approach the future of Retreat Farm. And they have a few ideas in mind.

"We have a world-class assembly of historic buildings here," said Schmidt. "We have these hundreds of acres of undeveloped property that are either in ancient forests with fabulous and historically significant trails running through them or really wonderful farmland cultivated for at least a hundred years. And you look across the street and it's the Retreat Meadows, a very important recreation venue for Brattleboro and Windham County as well as an important source of habitat."

According to Neuse, buildings on site are being cleaned up while removal of evasive species has begun to take place.

Liz Bankowski told the Reformer she was trying to recruit Schmidt for the Windham Foundation board, which she chairs. But the board is now collaborating with Schmidt, who has formed a nonprofit called Retreat Farm LTD to address the farm's future. His family moved to Guilford when he was 13 then he went to college and moved away. He recently returned to the area.

Schmidt is chairman of a New York City-based nonprofit Heron Foundation, which addresses poverty in the United States. According to Heron's website, Schmidt was named U.S. Nonprofit Executive of the Year by the Nonprofit Times in 1999; one of six visionary leaders in philanthropy by Time Magazine in 2001; and one of 25 people who had the most influence on shaping the nonprofit sector over the past 25 years by the Nonprofit Times in 2012. He also serves on boards for the Permanent Fund for Vermont's Children and the Vermont Council on Rural Development.

Previously, the farm was part of the Brattleboro Retreat and food eaten at the facility was grown there.

"It was pigs and cows and potatoes and dairy and apples," said Bankowski. "But things changed and the farm was less relevant to the Retreat's work. Then things really changed with how mental health is paid for, which put the Retreat in the situation that it had to relinquish the farm. There was no way the Retreat could continue to justify having to subsidize a dairy herd while everything else was being so challenged around their business model."

As a "gateway farm," said Bankowski, referring to its spot where Linden Road turns into Route 30 and its proximity to downtown Brattleboro, various groups came together to find a way to preserve it. Community members along with representatives from the Retreat, Trust for Historic Preservation, Housing Conservation Trust Fund and Vermont Land Trust decided the farm should be transferred to the ownership of the Windham Foundation in 2001. Looking to expand Grafton Cheese Company's product line, a facility and store was built by the foundation on the property.

Schmidt was also seeking Bankowski out as he prepared to dedicate himself to rural development projects. He said their goals for building a healthy, sustainable, landscape sensitive rural Vermont were "congruent."

"The ideas we're developing and planning to pursue could have been straight out of the Windham Foundation playbook," he added. "It's just a very happy continuum here."

First and foremost, Schmidt wants to ensure the property is stabilized then preserved. But how that will be done economically is another piece of the puzzle.

"We've been exploring what that system would look like. We think we have some really good ideas," said Schmidt. "We think of the property ultimately as a set of platforms that will support different kinds of activity by individuals, institutions and enterprises that have the long term health of the community at the forefront of their own objectives."

Those platforms could involve education, recreation, non-profit groups, and food and farm systems. Schmidt said the plan is still evolving and permits are necessary. A subdivision of land between the farm and the cheese company will be required. Any uses of the properties changed in the planned unit development will need approval from the Vermont Land Trust, which holds an easement, while the Preservation Trust has to approve renovations to buildings on the property and any further construction of buildings.

Schmidt said the Windham Foundation will need to jump over "some hurdles" administratively before handing the farm over to his new nonprofit. He is awaiting approval from the Internal Revenue Service on an application for tax exemption.

"We're all very enthusiastic about it but we're hesitant today to promise too much because there's still some possibility that there may be impediments that will keep us from following through," said Schmidt. "But we think it's good and there's a high probability it's all going to happen. We think it should work itself out."

Those involved in the project see it as a phased project. The main challenge will be in preserving historic architecture found on the land.

Renovation has begun on the white farmhouse, where meetings on the project are taking place. New floors were put in. Landscaping on "the square," located between the farmhouse and other buildings, is expected to be completed early next year.

In a couple of years, Schmidt hopes to see "very significant activity" on the property with all buildings fully populated within 10 years.

"Meanwhile, we have a number of discrete farm parcels that are part of the property and we'll be working with state agricultural experts to develop that program as well," said Schmidt. "They're cultivating and harvesting corn and hay today to support local dairy operations. That may evolve into discrete farmer holdings."

"We've just started to brainstorm transportation issues," said Bob Allen, president of the Windham Foundation. "But there's no doubt this will draw more people to the area,"

"We've all driven by here our whole lives, have seen this and said, 'If I could just do this and this there.' But it's a dream. So we're very open to visitors," Schmidt said. "If people have an enterprise idea in context of these buildings, come and talk to us."