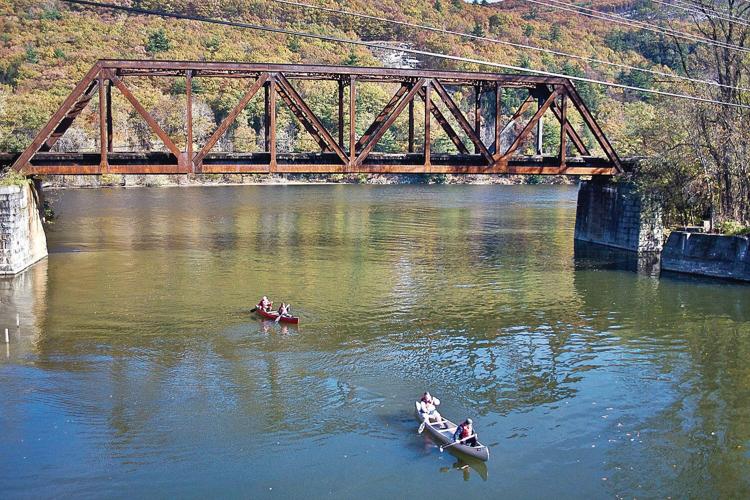 Reformer file photoPeople spend an afternoon canoeing on the Connecticut River in Brattleboro. 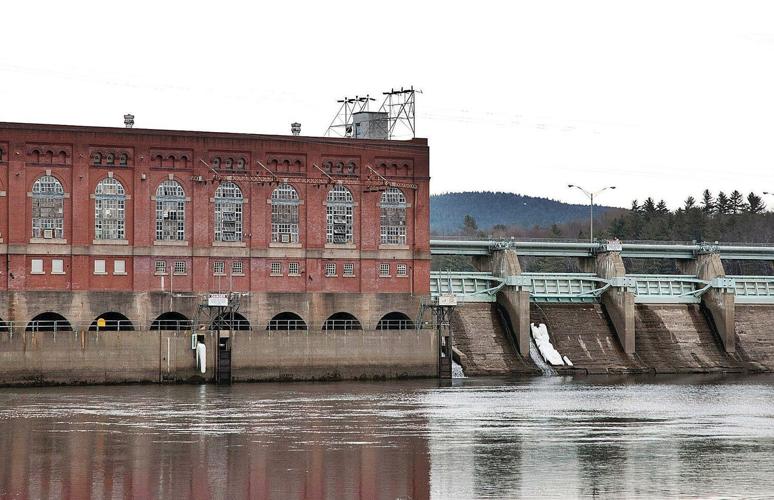 The hydroelectric dam off of Governor Hunt Road in Vernon.

Reformer file photoPeople spend an afternoon canoeing on the Connecticut River in Brattleboro.

The hydroelectric dam off of Governor Hunt Road in Vernon.

BRATTLEBORO — All things considered, said Katie Kennedy, an applied river scientist with the Nature Conservancy, the Connecticut River is being managed in an effective manner.

"Right now, the dams are being managed optimally within the constraints we looked at," she told the Reformer. To restore the river to its historic function, said Kennedy, would require drastic measures such as removing dams, buying properties along the many tributaries of the river, and allowing the river to flood on a seasonal basis.

"It's not as simple as changing how much comes out of the dam and when," she said.

Last Monday, the Nature Conservancy, the U.S. Army Corps of Engineers and the University of Massachusetts Amherst released the Connecticut River Flow Restoration Study, subtitled as "A watershed-scale assessment of the potential for flow restoration through dam re-operation."

In 2000, the Corps and the Nature Conservancy teamed up through the Sustainable Rivers Program "to explore science-guided adjustments to dam operations that increase benefits to people and nature."

The 60-page report that was issued on June 11 detailed the results of that partnership and the main conclusion was "ecological benefit could not be achieved without a potential increase in flood risk or in flow alteration."

The study examined ways in which the largest of these dams have contributed to the alteration of the natural pattern of water flow in the Connecticut River and its tributaries, and how the operation of these dams might be modified to restore the health and function of the ecosystem in the future.

More than 3,000 dams are present on the Connecticut River and its tributaries, most of them 10 feet tall or less. The study focused on 73 of the dams, those big dams we see along the river itself and other dams, such as the Surry Mountain Dam on the Ashuelot River and the Otter Brook Dam in New Hampshire and the Ball Mountain Dam and Townshend Dam on the West River. The primary function of those dams is energy production and flood management.

"These dams are serving a purpose," said Kennedy. "Can we manage them in a way that benefits the ecosystem, too?"

The answer, she said, was "As of right now, we did not come up with any recommendations."

Kennedy said a major goal of the study was to develop a model in case stakeholders along the river decide it's time to find a way to restore the river to its historical flow patterns. However, she noted, it did not present a cost-to-benefit analysis that would help inform moving forward.

"There are still important questions to ask, given the fact that the dams were put in without consideration for nature," she said.

To better manage the river for the ecosystem, states the report, would require "additional creative alternatives such as bypass flows, structural changes to dams, sediment management actions, hyrdopower turbine installation, purchase of conservation and flood easements, and riparian and floodplain restoration."

"When it comes to conservation, it's about trade-offs," said Kennedy. "How can we be smart and where can we make changes with minimal losses to human services and big benefits to nature? We are hoping this report will be used to help determine that."

The 3,000 dams along the Connecticut River watershed have had significant impact on the watershed's ecosystem, including its migratory fish, floodplain forests, and rare and endangered aquatic species like dwarf wedgemussel and puritan tiger beetle. These impacts include alterations to the watershed's natural hydrology, such as elimination of natural high flow events that are important for transporting nutrients and sediments critical to healthy floodplain forests, and increases in short-term flow fluctuations that can significantly alter habitat for fish and aquatic invertebrates.

There is an ongoing effort to remove obsolete and unnecessary dams along the river's tributaries, said Kennedy.

Although the study doesn't offer recommendations, the Nature Conservancy is using it to assist stakeholders in the current hydropower relicensing process underway in the Connecticut River watershed. In this case and elsewhere, the tools developed for the study have potential to reduce conflict by helping water resource managers and stakeholders understand how water management decisions impact their objectives and the objectives of other parties, and to develop creative options for meeting multiple needs and uses of the river.

The report is available for review at http://nature.org/ctriverwatershed or http://www.nae.usace.army.mil/Missions/Projects-Topics/Connecticut-River/.