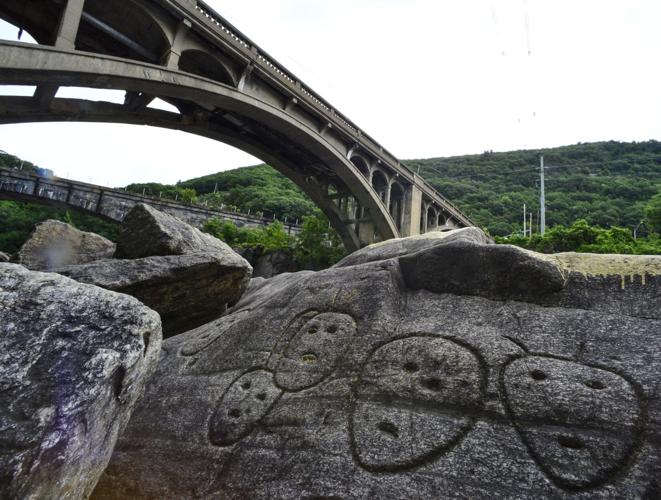 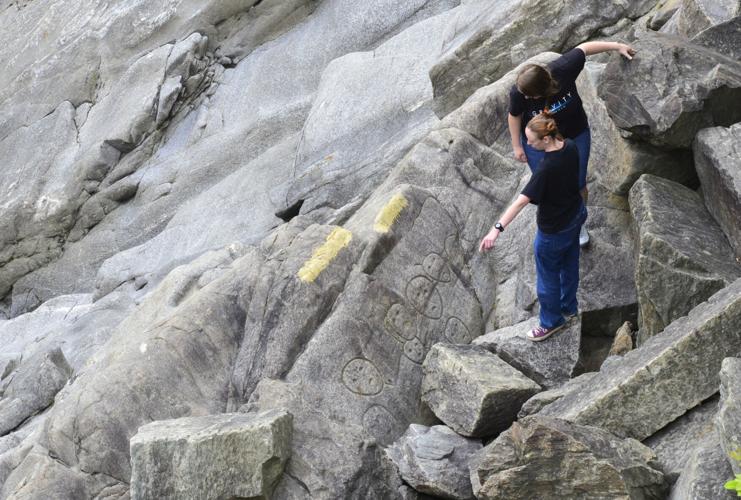 BELLOWS FALLS — The town of Rockingham and the Elnu-Abenaki Tribe have been awarded a national grant for underrepresented communities to expand and correct the official record about the Indigenous petroglyphs at The Great Falls, considered a sacred site to the Abenaki.

It represents the first such National Park Service underrepresented communities grant in Vermont, according to Walter Wallace, Rockingham historic preservation coordinator, and the author of the grant application.

The $36,832 grant will fund research into the petroglyphs and the role they played at "The Great Falls," or Kchi Pontegok, the Abenaki name. The local match will be covered by people donating additional research, Wallace said.

The study will address the cultural inequalities and update the current listing for the petroglyphs that is currently included in the National Register of Historic Places. The original listing was written in the 1970s and 1980s.

In addition, Wallace said, the study will reassess the historic landscape surrounding the petroglyphs.

The Great Falls petroglyphs include two banks of face-like carvings in the Connecticut River rock banks, immediately below The Vilas Bridge, which is currently closed.

"It is good to see folks starting to understand the history of Kchi Pontegok,” said Abenaki Chief Roger Longtoe Sheehan, who lives in Jamaica, and has family in Bellows Falls. “The Great Falls and the landscape around it is not just a few hundred years old but thousands and thousands of years old. This much older history is that of Indigenous Abenaki peoples who have and still live here and consider Kchi Pontegok and the lands around it sacred. We hope other folks will start to understand why this history is important.”

“I am hopeful this can be the beginning of a little more emphasis and appreciation on the stories of Kwenitekw, with The Great Falls being at the heart of it,” said Rich Holschuh of Brattleboro, Elnu Abenaki historic preservation officer.

Wallace said the project will be coordinated by Gail Golec, a Walpole, N.H., archaeologist, and Holschuh, who directs The Atowi Project, which is in Brattleboro.

"They are bringing their expertise to bear," said Wallace.

While quite a bit is known about the petroglyphs, which are believed to be 3,000 years old, they also remain largely a mystery. There are only two known petroglyph sites in Vermont, the other in Brattleboro, which is under 15 feet of water at the mouth of the West River. The petroglyphs or carvings at both sites are very different.

“Understanding and preserving the significance of Kchi Pontegok and the petroglyph site is essential to the acknowledgment of the Indigenous people who were here and are still here,” added Jones, a Sokoi‐Abenaki citizen and a Rockingham Historic Preservation commissioner. “The acceptance of this project through the federal grant process speaks volumes."

The grant was supported by both Great River Hydro and the Bellows Falls Historic Society, which both own land along the Connecticut River that will be part of the study.

Wallace said work on the project likely won't start until September or October, due to previous time commitments.

The grants are designed to recognize Black, Indigenous or other underrepresented communities of color. There were a total of 22 grants awarded in 16 states, with the top grant being $50,000.