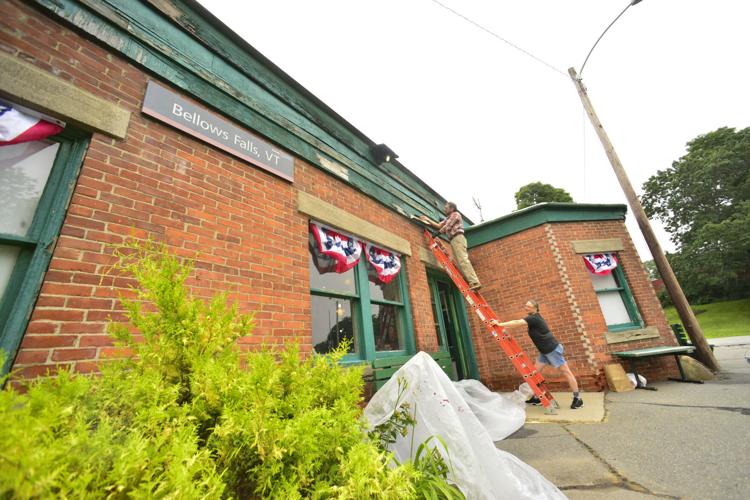 Rockingham Development Director Gary Fox chips away the old paint as volunteers spruce up the Bellows Falls Train Station on July 15, 2021, to prepare for the return of Amtrak passenger trains. 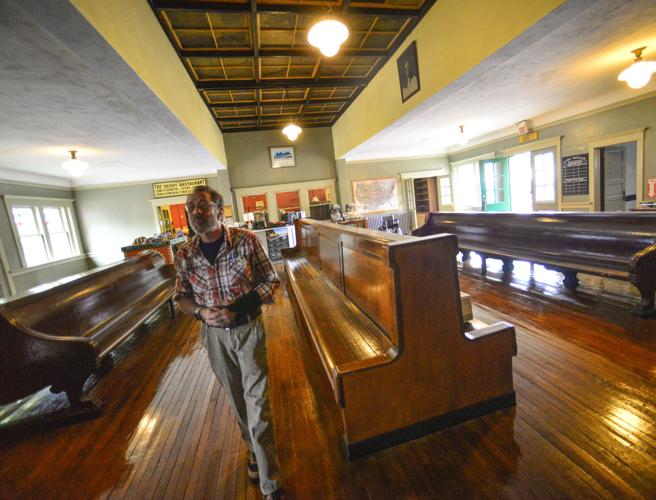 Rockingham Development Director Gary Fox chips away the old paint as volunteers spruce up the Bellows Falls Train Station on July 15, 2021, to prepare for the return of Amtrak passenger trains.

The town of Rockingham received $200,000, which will be used for “urgent” repairs to the 101-year-old station that the town is in the process of buying. The Rockingham grant was one of 15 grants totaling $2 million awarded to downtown transportation-related projects, according to Gov. Phil Scott’s administration.

The town had received preliminary approval last month, and it received the full amount it had requested.

Rockingham Development Director Gary Fox said Wednesday the grant would be used to do emergency repairs on a collapsing bulkhead at the 1921 station, as well as repoint the masonry at the station.

He said work could begin as early as October.

“Yes, that work can be done as soon as the [National Environmental Policy Act] review is complete, and we have approval of the NEPA and a notice to proceed, from the two federal funders,” Fox said Wednesday afternoon.

He said the project must undergo the federal environmental review, a condition of other grants the project hopes to receive. He had said earlier that the national environmental review was necessary because of all the federal agencies potentially involved, including the Department of Transportation, historic preservation and downtown redevelopment.

The town wants to own and renovate the train station, and continue hosting the Amtrak station, as well as the Greyhound bus service, as part of an overall plan to revitalize The Island, a portion of downtown Bellows Falls. The train station would remain open and receive train riders during the renovation, according to a statement from the Scott administration.

The train station only uses a fraction of the space there, and the town has a feasibility study that considers renovating the station to be home to a restaurant and microbrewery. No decision has been made on that angle.

The town voted overwhelmingly in March to buy the station and appropriate $75,000 toward its purchase. The town is seeking a wide variety of state and federal grants to help renovate the building. The town would buy the train station, which replaced an earlier station that burned, for $235,000 from Vermont Rail Systems, and lease the land under it from the state of Vermont.

The key grant, to the tune of $1.7 million, would come from the federal Department of Transportation, as rail stations all over the country are being upgraded as part of the Biden administration push toward mass transit. It is a Consolidated Rail Infrastructure Safety Improvements grant, or CRISI.