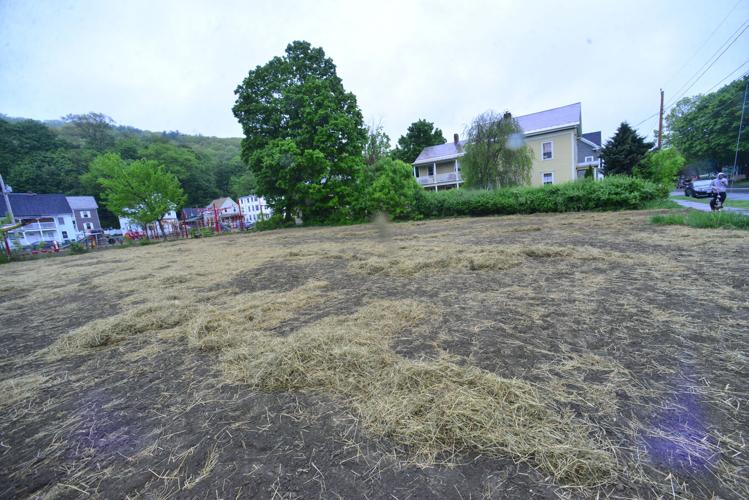 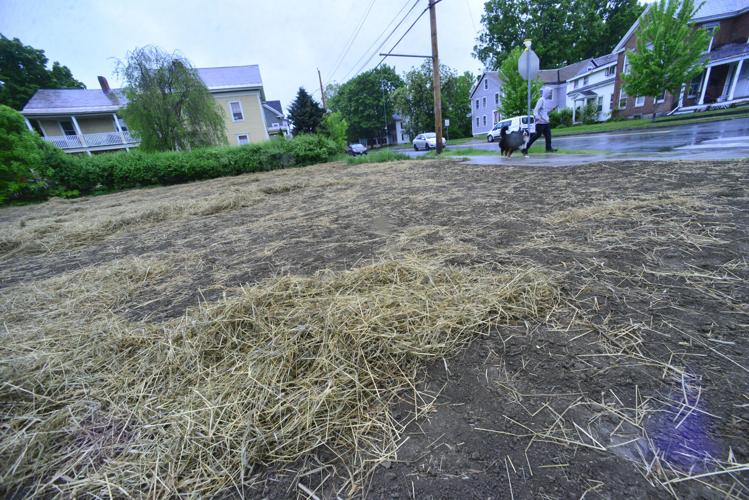 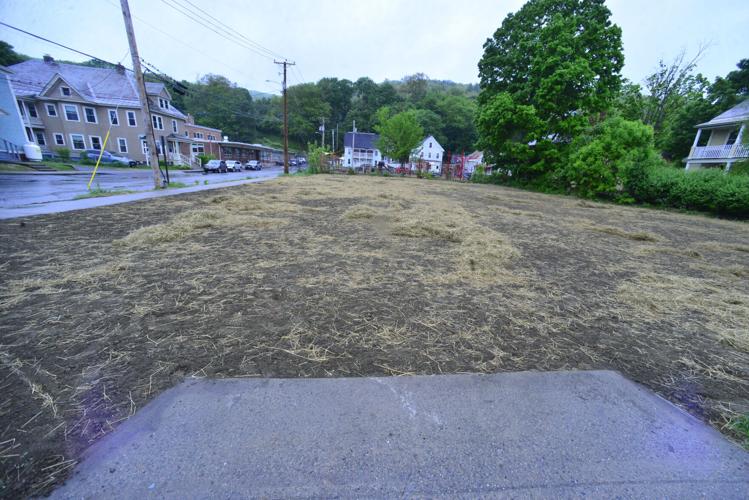 BELLOWS FALLS — The Rockingham Select Board on Tuesday approved a plan to give new life to the now vacant lot at the corner of Atkinson Street and School Street Extension.

Five months ago, the oldest church building in Bellows Falls, the original Methodist Meeting House and most recently the old Meeting Waters YMCA building, was torn down because of its ongoing decay. The parcel is now being eyed for a community garden organized by a new non-profit group, BF Trades.

Select Board members said the one thing they wanted in exchange for the $75,000 10-year lease was some flexibility in the length of the lease, to give the town the option to revoke the lease in favor of a building project. The community garden project was approved with the condition that the terms of the lease be renegotiated at a future date.

Different members of the Select Board said “the highest and best use” of the corner lot at the head of School Street is another cornerstone building, rather than a community garden. But with the economy, the cost of materials and constant labor shortages, getting a developer to take on such a project is not likely for many years, board members said.

Select Board member Elijah Zimmer praised the work of BF Trades, which is the brainchild of Saxtons River resident Mike Stack. But Zimmer said the “highest and best use” of the lot is for another large ‘cornerstone’ building to protect the streetscape of Bellows Falls.

He said he envisions a large, three-story building with a daycare center on the first floor, office space on the second floor, and several apartments on the third floor.

BF Trades is working closely with Bellows Falls Union High School to give students a direct connection to a career in the building trades, and Stack views the garden as experiential learning in building and horticulture for high school students. The community garden would also work closely with neighboring Central Elementary School, both providing produce and teaching students about gardening.

The vote to go forward with a lease with BF Trades was 4-1, with Chairman Peter Golec voting against the project, saying he was concerned about the location.

He also said he was worried about the longevity of the project, since many community gardens seem to “lose steam” after a couple of years.

Concerns about the quality of the soil on the site were also raised, but Gary Fox, the Rockingham town development director said no environmental assessment had been done on the site.

He reminded Stack that until December, the lot had been the site of a large church since 1834, and wasn’t an industrial site.

Stack had asked the town to do an environmental assessment to determine whether there is any contamination there, which he said would be standard if the town ever wanted to sell the site.

Stack and the group had also asked the town to provide water and sewer services to the lot, as well as electricity, to help the community group.

Golec said such services would have to be provided by the village of Bellows Falls, not the town.

Golec had suggested at one point that BF Trades use another town-owned vacant lot on Church Street, which is also a short walk from Central Elementary School. He also questioned where people who would work in the garden would park.

Stack said he envisions that most people who work in the park or come to see it would either walk or bicycle there.

More than 30 BFUHS students have already come forward interested in internships being organized by BF Trades. Scott Wunderle, a landscape architect with Terrigenous Landscape Architecture in Chester, said when he worked on the Saxtons River Park, which was the site of contamination, the ground was capped with soil before planting was done.

He said the Atkinson Street site provides many interesting challenges, including maintaining the new site line to Central Elementary.

Wunderle said the vacant Oona’s Restaurant site, in downtown Bellows Falls, is a good example of a site that needs a building, rather than a park.

He said “if done well,” the community garden would raise all property values within walking distance.

Select Board member Susan Hammond said both suggestions — a community garden and a ‘cornerstone’ building — could eventually both be built on the lot, but the town needs flexibility in the lease with BF Trades.

Stack, a native of the area who recently returned to living in Saxtons River full-time, has gotten involved with various town projects. He was also elected one of Rockingham’s three listers in March.

Stack brought along several community leaders who are working with him on the project.

Cheryl Charles, chairwoman of the Westminster School Board, said that Westminster has long had a garden associated with the school, and vegetables grown in the garden are used in the school’s food program.

The Atkinson Street lot came into the town’s possession because of unpaid taxes, and mounting fines when the last owner, Christopher Glennon, failed to correct safety issues in the large 19th century building, which originally was the Methodist Meeting House. The town has spent about $60,000 on demolition and cleanup of the site.

Town Manager Scott Pickup had told the board earlier in the meeting that the demolition company was back on site this week, doing a final grading and seeding.