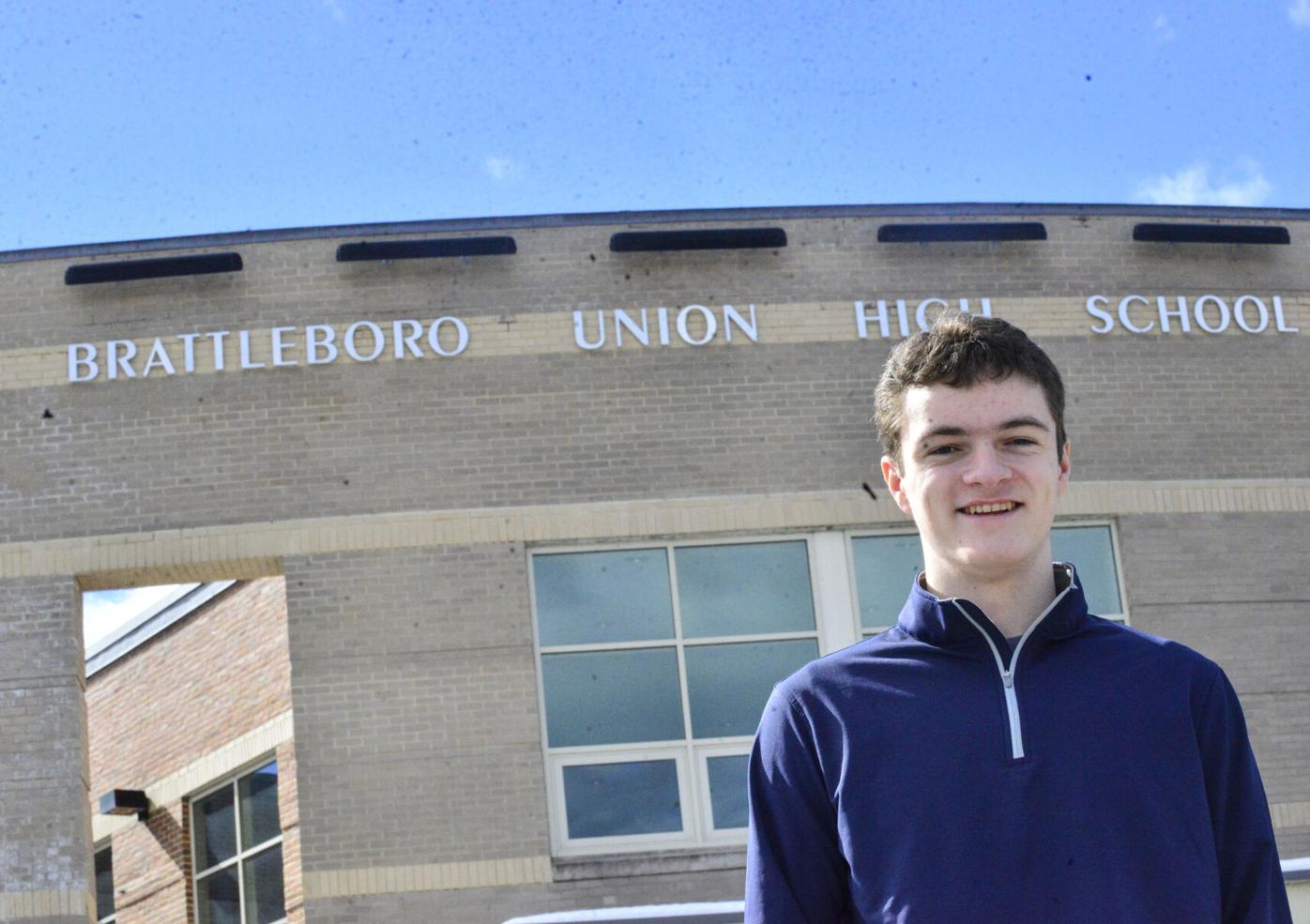 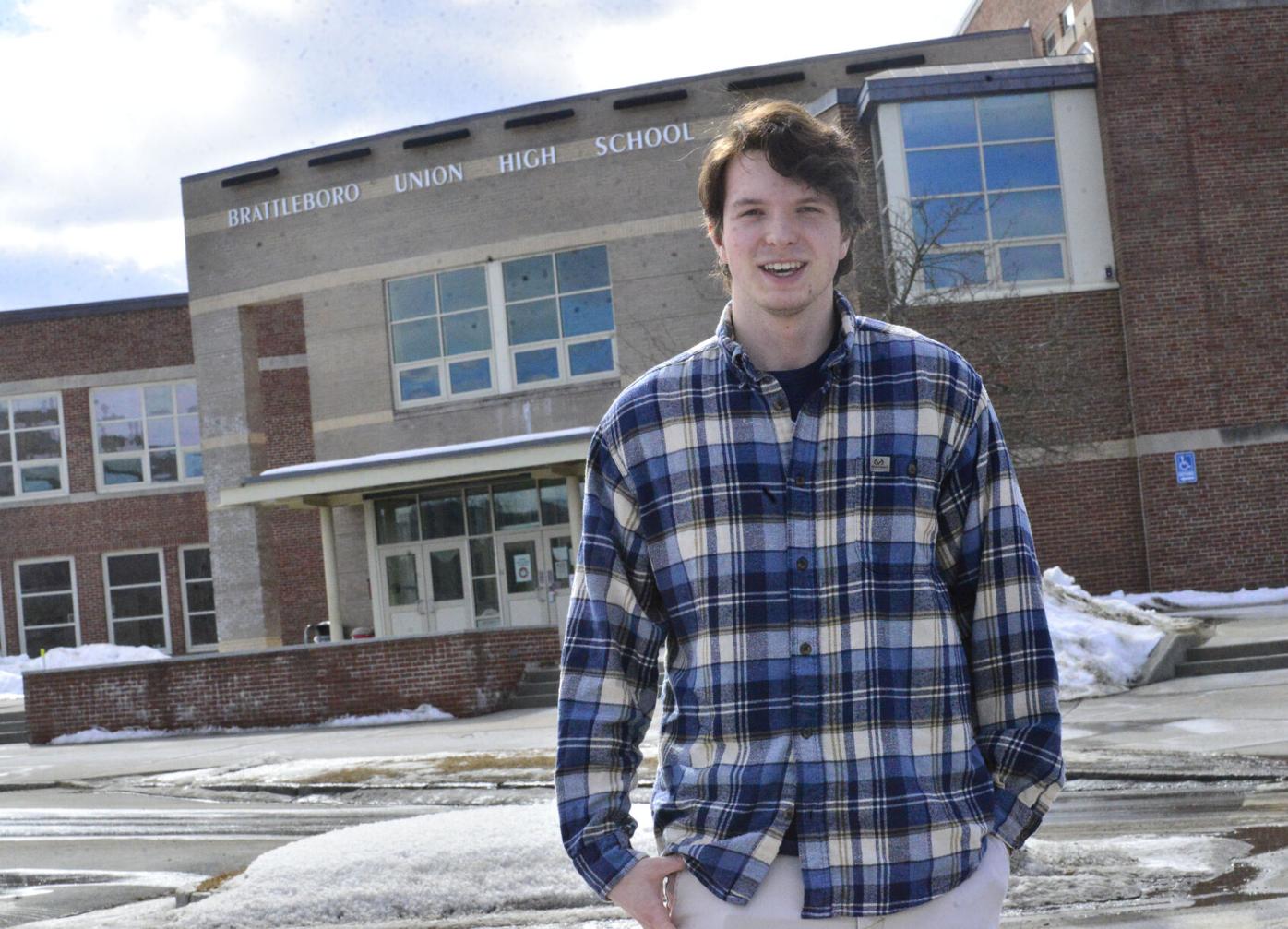 Alex Shriver, a student at Brattleboro Union High School, was one of the finalists in the 11th Annual State of the Union Essay Contest.

Alex Shriver, a student at Brattleboro Union High School, was one of the finalists in the 11th Annual State of the Union Essay Contest. 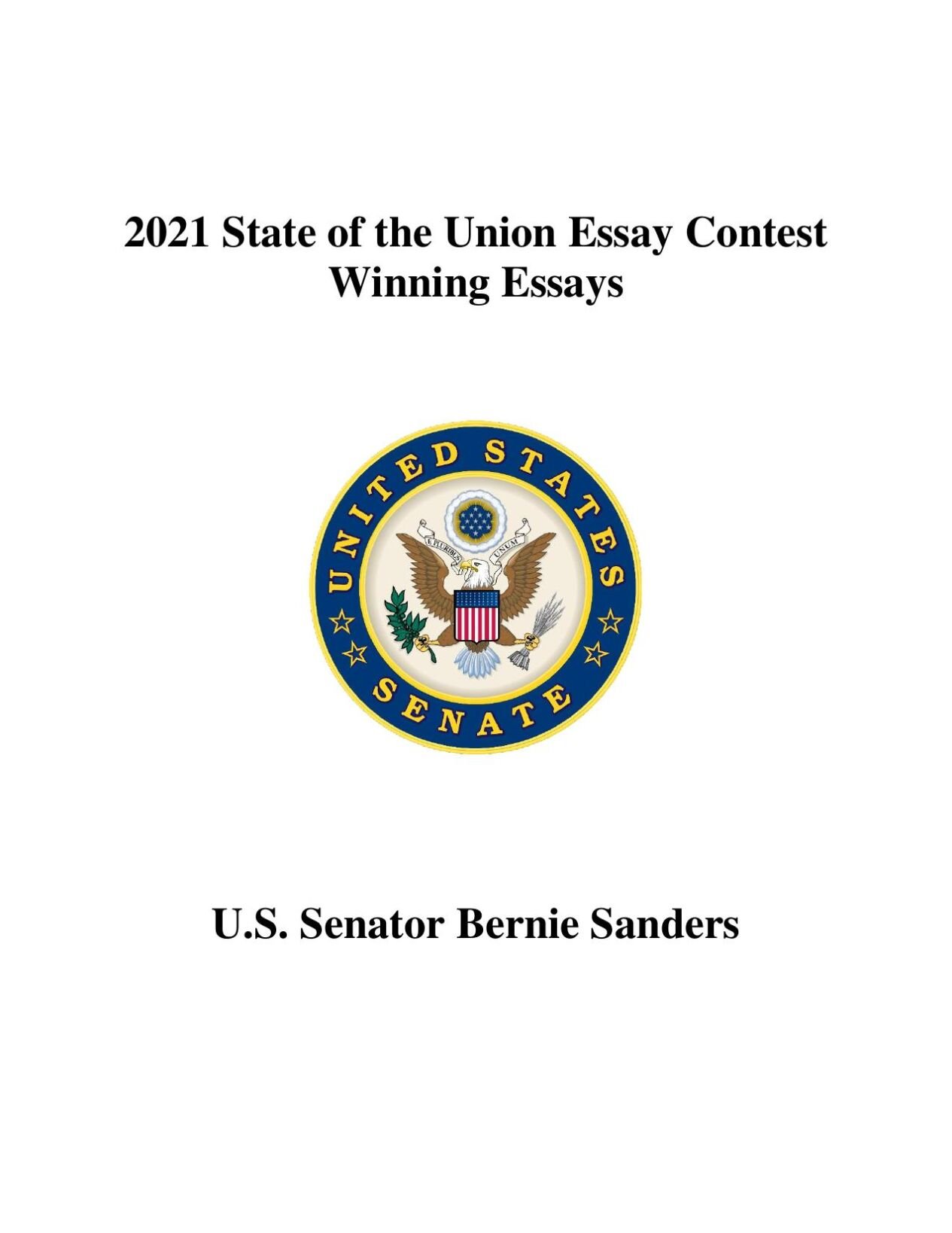 “To get congratulations from all these people, teachers, family, friends ... it feels great to be recognized in such a way,” said William Taggard, a junior at Brattleboro Union High School, who took first place, writing about changing the country’s presidential election process.

“Our democracy has been under unprecedented pressure in recent months, culminating in the insurrection in our nation’s capital,” wrote Taggard. “Fortunately, democracy and truth have prevailed. However, our current system leaves ample room for improvement: namely the Electoral College. We need to review the merits of the Electoral College and determine how best to protect our democratic process.”

Taggard told the Reformer that it was surreal getting a phone call from the senator, telling him he had taken first place.

“It was an honor to speak with him,” he said.

Sanders has hosted his annual State of the Union essay contest for 11 years, giving Vermont high school students an opportunity to describe pressing issues they would prioritize as president of the United States. Over the 11 years, nearly 5,000 students throughout Vermont, representing almost every high school in the state, have written essays about critically important issues, including racial justice, gun safety, immigration, climate change, mental health care, the rising cost of college, and more.

This year, 319 students from 42 Vermont high schools submitted essays. A panel of six Vermont teachers served as volunteer judges, scoring the essays and selecting the eight finalists and three winners.

While it was great to have penned the winning essay, Taggard said he was especially excited because his friend, Alexander Shriver, was one of the finalists in the contest.

“What’s cool is, we reviewed each other’s essays before we submitted them,” said Shriver.

Taggard and Shriver wrote the essays as a class assignment for Cyrus Dudgeon, an English teacher at BUHS. When the students were finished writing, they broke into groups to “peer review” each other’s essays.

“We actually wrote about the same topic, but I focused on changing the Constitution to abolish the Electoral College,” said Shriver.

“Writing the Constitution, the founding fathers struggled to find a fair way to elect a President and ultimately created the Electoral College,” wrote Shriver. “Instead of relying on a popular vote, this system, along with the infamous Three-fifths Compromise, was built to appease the opposition of southern slaveholders worried the more populous North would control the country and outlaw slavery. Since its inception, it has contradicted the peoples’ decision in five elections, including 2016.”

“It was cool of Mr. Dudgeon to make this contest part of the curriculum,” said Taggard, whose brother, Ryan, took second place in the essay contest in 2015.

“Mr. Dudgeon put us in the best situation to succeed,” said Shriver, who also thanked Brattleboro Area Middle School English teacher Gabriella Raccio and BUHS history teacher Ashley Nadeau for their roles in providing him with an education.

“Every teacher I had, who had any sort of writing component or contributed a different perspective, has helped me with my writing style,” he said.

“It’s exciting to have these two representing all of the talented writers and diverse voices at our school,” said Dudgeon. “I’m really proud of both Alex and Will. The two of them are critical, receptive students who each eagerly integrate what he learns into his own voice and idiom, always applying and playing with the language; it was fun and fulfilling teaching them.”

Taggard, who took Bill Holiday’s survey on U.S. History as a sophomore, also credited that class with helping him to write his essay.

“It gave me a few pieces of information I used, like Watergate,” he said.

“In the wake of the Watergate scandal of 1972, author and journalist Frank Herbert remarked that ‘good governance never depends upon laws, but upon the personal qualities of those who govern,’” wrote Taggard. “’The machinery of government is always subordinate to those who administer that machinery.’ The [former] administration has overseen an unprecedented undermining of trust in our government, the scale of which is scarcely rivaled in our nation’s history. The subsequent damage leads us to Herbert’s inevitable conclusion: ‘The most important element of government, therefore, is the method of choosing leaders.’”

A short-term solution, he writes, is the National Popular Vote Interstate Compact.

“This is an agreement between states to award all of their electoral votes to the candidate that wins the national popular vote. ... By eliminating ‘swing states,’ the NPVIC would spread voting power equally, regardless of which state you live in. This change would force politicians to campaign not only to ‘swing state’ voters, but to everyone.”

“The importance of choosing good leaders has perhaps never been more apparent-divisive rhetoric dominates the political sphere, suffocating any chance at productive discourse. As President-elect Joe Biden cautioned, ‘the words of a president matter.’ We would be wise to ensure that those words come from a leader whose authority derives not from the exploitation of the electoral system, but rather from broad consensus and a commitment to the growth and prosperity of our nation.”

In Manchester, Emilia De Jounge, a sophomore at Burr and Burton Academy, took second place with her essay on gun control.

De Jounge said when she got the phone call from the senator, she was a little nervous.

“It was really unexpected,” she said. “I couldn’t believe I was on the phone talking with Bernie Sanders, and he was very sweet.”

De Jounge wrote that the United States should look toward Germany, which has strict gun laws that include psychiatric evaluations, random spot checks, and limits to numbers of guns per person, in crafting its own gun control laws.

“The right to bear arms is in our Constitution, yet that does not negate the need for sound and rational policies around the sales of firearms. Currently, nearly 400 million guns are privately owned in the US, more than the country’s population, with sharp increases in recent years. Gun violence needs to be recognized and addressed as a top priority public health issue,” De Jounge wrote. “The US can enact its own version of these laws while upholding the rights of citizens. Gun violence is a widespread disease plaguing our country which can be prevented through more effective control policies.”

De Jounge said she chose to write about gun control because she learned that over the past year, gun violence has increased in the United States.

“It’s important we don’t forget about this issue,” she said.

De Jounge said she learned about the essay contest in a government class taught by Sarah McMillan. Writing the essay was an extra credit assignment for the class.

“I want to thank her for telling me about this,” she said. “I learned a lot about different problems in our country and how government and legislative systems work.”

The essays by Taggard, Shriver, De Jounge, and the eight other contestants recognized by Sanders will be entered in to the Congressional Record.

“I want to thank Senator Sanders for the opportunity he’s giving high schoolers,” said Taggard. “And I want to thank my English teacher for helping me develop my writing skills to get to this level.”

“It’s a complete honor,” said Shriver. “I get to meet Bernie Sanders. How does it get better than that?”

“During a year that has been immensely challenging for teachers, students, and families, I could not be more proud that students from all across Vermont took the time to participate in this year’s essay contest,” Sanders stated in a news release. “The subjects these young people wrote about are not the stuff of history books, they are issues they are living through themselves, including an unprecedented health and economic crisis, a renewed fight for racial justice, and threats to our democracy. These struggles will be with us for a long time, and it is more important than ever to listen to the perspectives and ideas of our young people.”

Sanders was scheduled to host a virtual roundtable with the students on Monday night.