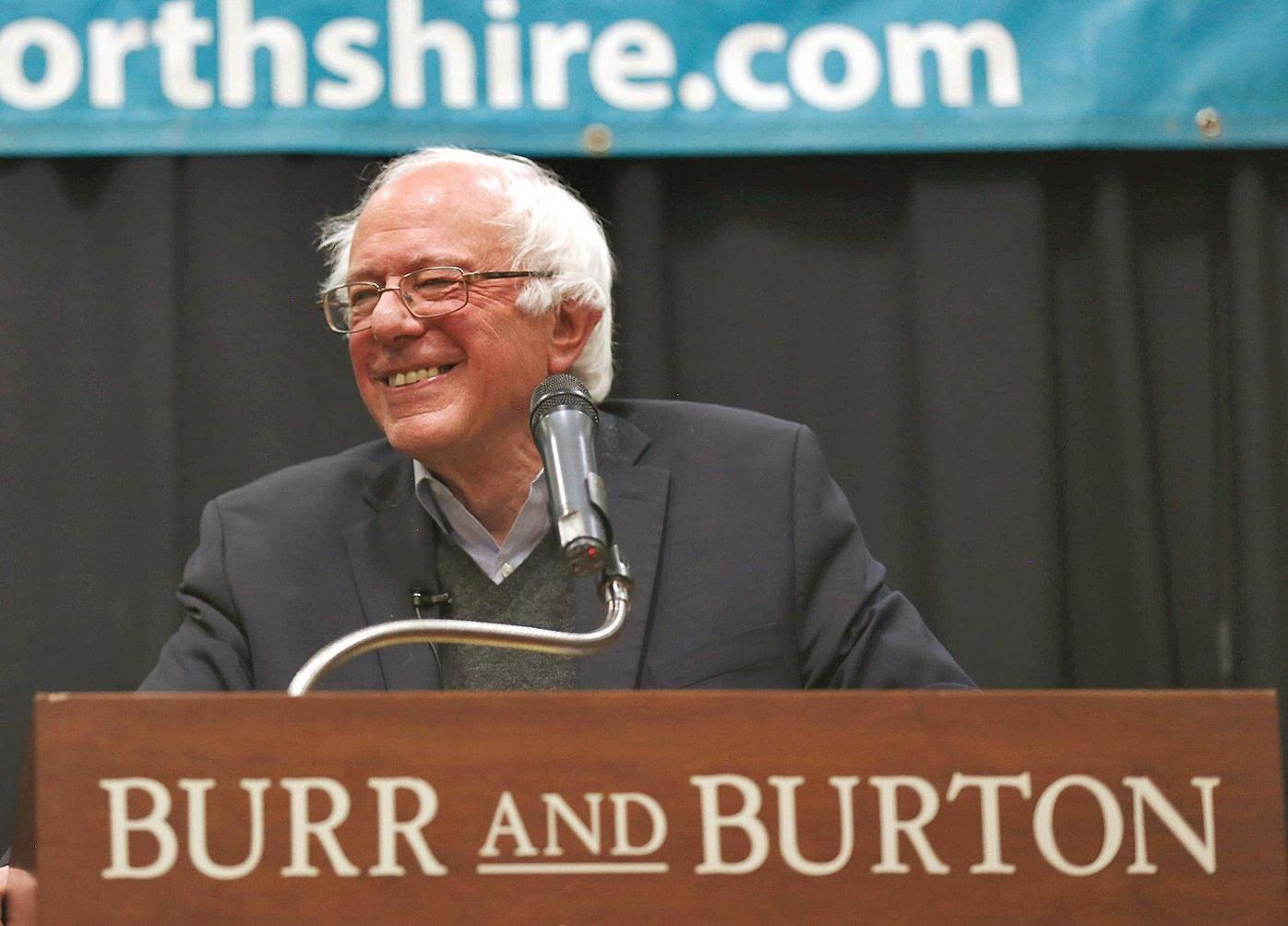 U.S. Senator Bernie Sanders, seen during a 2016 visit to Manchester. 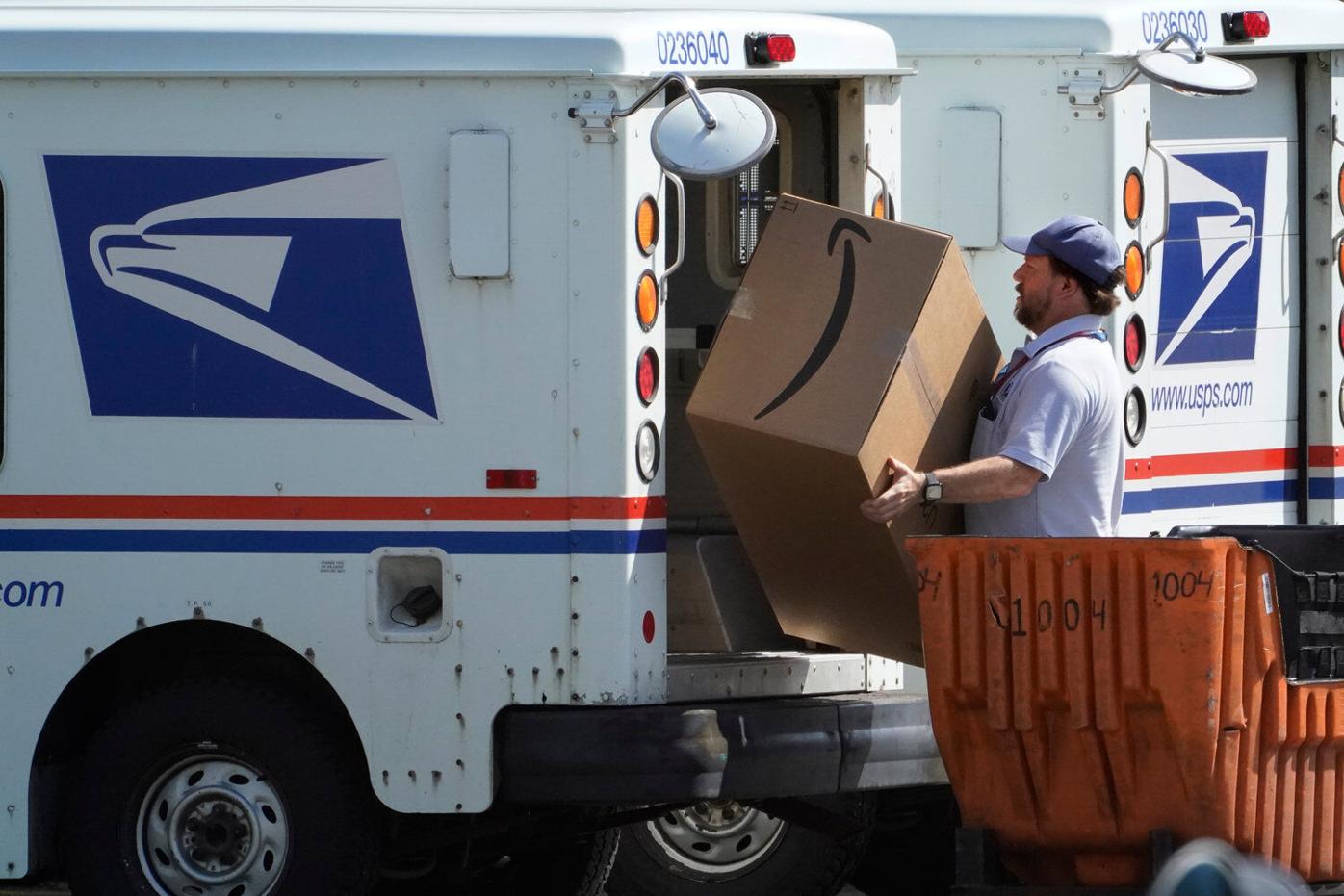 U.S. Senator Bernie Sanders, seen during a 2016 visit to Manchester.

When U.S. Sen. Bernie Sanders blocked the appointment of two Republican nominations to the United States Postal Service Board of Governors in 2014-16, did that set off a chain of events that brought the service to its current crisis — and opened the possibility for President Donald Trump of using a postal service slowdown to subvert voting by mail?

Absolutely not, his staff director says. Trump would have had his appointees on the board by now and done what he wanted, and Sanders acted as he did, with the support of postal labor unions, because he was determined to prevent service cuts and privatization.

Others aren't so sure that didn't lead to unintended consequences.

With the confrontation between Congressional Democrats one one side and Postmaster General Louis DeJoy and Trump continuing to build, a number of news outlets, including The Washington Post, have recently looked back at the efforts of Vermont's junior senator. Tuesday, in a story about how Trump was able to take control of the Board of Governors, The Post reported how Sanders blocked the appointments in addition to fighting deep proposed cuts. Republicans apparently retaliated by blocking three Democratic nominees.

"The president had a unique opportunity to start from scratch," Arthur Sackler, a lobbyist for mailers, postal shippers and suppliers, told the Post. "I can't recall another time when there was literally no one on the board."

In another story on D. Michael Bennett, one of three Democratic appointees and a Black American, TheGrio.com said Sanders, while well-intentioned, must share responsibility for the situation.

"Bernie Sanders is one of the foremost experts in the Senate on the USPS, so any argument that he was only blocking bad Republican nominees without taking responsibility for knocking out the Democratic nominees is akin to claiming you only took a strong stand against peanut butter when you know full well the only thing on the menu is peanut butter and jelly sandwiches," Morgan State University professor Jason Johnson wrote.

But in The American Prospect, David Dayen dismissed the Sanders-is-culpable narrative as "ridiculous and useless."

"Even if President Obama got a full complement onto the board (and he didn't, not because of Bernie Sanders holds, but because he didn't fill the vacancies for many years to begin with, and didn't prioritize the board when Democrats held the Senate), Trump would have been able to secure a majority by filling expiring seats," Dayen wrote.

"Along with the American Postal Workers Union, the AFL-CIO and the NAACP, Senator Sanders did everything he could to stop two extreme right-wing Republicans from being appointed to the Postal Service's Board of Governors," he said.

"On day one of Trump's presidency he had the right to create a Republican majority on the Postal Service board and that is exactly what he has done," Gunnels said. "Our job now is to do everything we can to save the Postal Service from Trump's attacks, not smear Bernie Sanders for opposing right-wing Republican members to the postal board."

The argument centers around whether board members appointed in 2015 or 2016 would still be serving out their nine-year terms — and whether the board, with a different partisan makeup, would have appointed DeJoy as postmaster general in May.

DeJoy, a big-money supporter of Trump, has slowed down the Postal Service, ending overtime and taking sorting machines offline — a move Trump has openly declared is intended to slow voting by mail in the presidential election. The entire Vermont Congressional delegation and Gov. Phil Scott have sharply criticized Trump over that.

Hearings on the slowdown, at which DeJoy is expected to testify, are set for Friday in front of the U.S. Senate Committee on Homeland Security and Government Affairs, and Monday before the U.S. House Committee on Oversight and Reform, which includes U.S. Rep. Peter Welch, D-Vt.

It's a lesson in the power of a single U.S senator to stand in the way of an initiative or appointment, in the utter breakdown of bipartisanship in the United States Senate, and a potential lesson in unintended consequences.

Gunnels has been part of Sanders' team for 21 years, and presently serves as his staff director. He spoke for Sanders on this issue in 2015, when Sanders blocked two appointments, and he spoke again Wednesday, with Sanders unavailable for comment.

Gunnels challenged the narrative that Sanders was responsible for blocking the appointment of all five appointees last decade, leaving the door open for Trump to establish a quorum of governors loyal to him. A Republican in the Senate — that person has never identified himself or herself — blocked the appointment of the Democrats on the slate, Gunnels said.

Sanders had good reason to block the appointments, Gunnels said. "We were afraid if [the Republican appointments] had been put into place they would have resurrected [a five-year plan] calling for closure of 13,000 post offices and 252 mail processing plants, substantially slowing down mail delivery. That would have led to a death spiral in the Postal Service."

Is Gunnels willing to reconsider the decision in hindsight? He replied with a firm "no."

"We would have had a Republican board of governors by now," he said.

To understand what's happening now, you need two things: An understanding of Postal Service bureaucracy, and a quick tour through history.

By law, the board may contain not more than five members of a single party, meaning that presidential appointments to the board are usually bipartisan. They're suggested to the president by the Senate majority and minority leaders, then vetted and confirmed by the U.S. Senate.

This is important because in the second Obama administration, the Board of Governors was running out of governors as their terms expired. A slate of five appointments was offered by President Obama: Democrats Stephen Crawford, David M. Bennett, and Victoria Reggie Kennedy, and Republicans James Miller III and Mickey Barnett. Kennedy, the widow of Sen. Edward M. Kennedy, eventually withdrew her name from consideration.

Miller, who served in the Reagan Administration's budget office, had openly called for privatizing the postal service. Barnett, of New Mexico, was infamous for his lobbying on behalf of the payday loan industry — in particular, opposing a bill that would have capped interest on payday loans at 400 percent.

Previously, Sanders had helped stop proposed cuts in the postal service, including the elimination of sorting facilities in White River Junction and Essex Junction. And he opposed privatizing the Postal Service. With encouragement from numerous public employee labor unions, including the two major unions representing postal service workers, Sanders blocked the appointments of Miller and Barnett.

Sanders was opposed to the nomination of Crawford, who had previously supported reducing post office service to three days a week, but did not block his nomination, Gunnels said.

On Nov. 9, 2015, Gunnels was quoted by The Washington Post as saying: "No board is better than a bad board. Senator Sanders doesn't believe we should have a board that supports dismantling and privatizing the Postal Service."

It's not completely clear whether Republicans withheld the remainder of the slate in retribution for Sanders' opposition. But Gunnels said that's besides the point; McConnell could have asked for separate roll call votes on each appointee, and chose not to, he said.

By December of 2016, the Board of Governors was out of members and no longer had a quorum. It set up an emergency board to run the Postal Service until new board members could be appointed.

Enter Trump, who in succession appointed six members, five Republicans and one Democrat, to the board of governors. Three more appointed slots remain unfilled, all of which, by law, would have to be non-Republicans if they were made today.

The board is chaired by Robert "Mike" Duncan, who was appointed and confirmed in 2018 and will serve until 2025. As chairman of the Republican National Committee from 2007-09 he raised $428 million. He's also served as president and CEO of the American Coalition for Clean Coal Electricity.

Also on the board are John Barger, managing director of NorthernCross Partners, an investment and advisory firm; Ron A.Bloom, a former senior advisor to Obama; Roman Martinez IV, a retired investment banker; Donald A. Moak, a former U.S Marine and airline pilot; and William D. Zolars, a retired transportation and logistics executive.

What next? There's DeJoy's hearings before the Senate and House, Friday and Monday, respectively.

"We are working with the Democratic caucus to hold the Postal Service accountable," Gunnels said.

As for securing bipartisan support for the Postal Service, which surveys show is overwhelmingly supported by Americans, Gunnels noted that Sanders previously secured board support for a bipartisan non-binding amendment calling for an end to delivery slowdowns. That passed with 82 yes votes, he said.

"We don't have to nominate right wing Republicans who want to privatize the postal service, slash jobs and undermine unions," Gunnels said. "There are plenty of Republicans in rural areas that do understand how important the Postal Service is."

Senate Minority Leader Chuck Schumer, D-N.Y., on Wednesday called for more transparency from the Postal Service as his office investigates whether Trump and the Department of the Treasury intervened in the Board of Governors' hiring of DeJoy.

"The administration has repeatedly pointed to the role of Russell Reynolds to defend the selection of a Republican megadonor with no prior experience as postmaster general while at the same time blocking the ability of Congress to obtain briefings from the firm and concealing the role of [Treasury] Secretary [Steven] Mnuchin and the White House in the search process," Schumer wrote in a letter to the Postal Service.