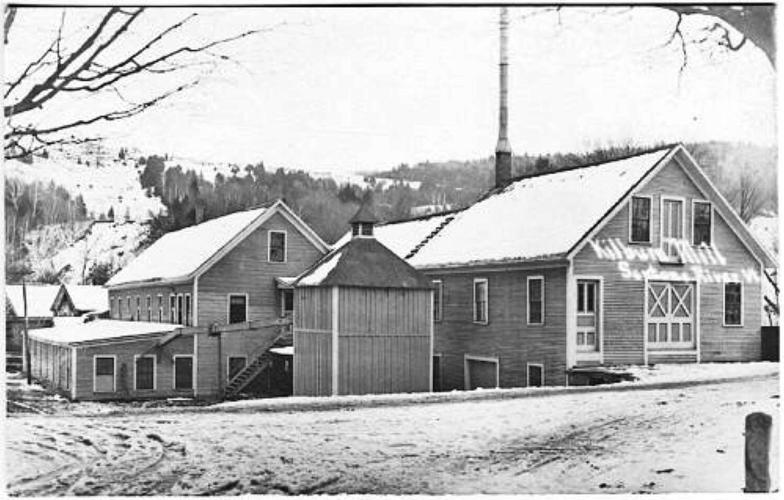 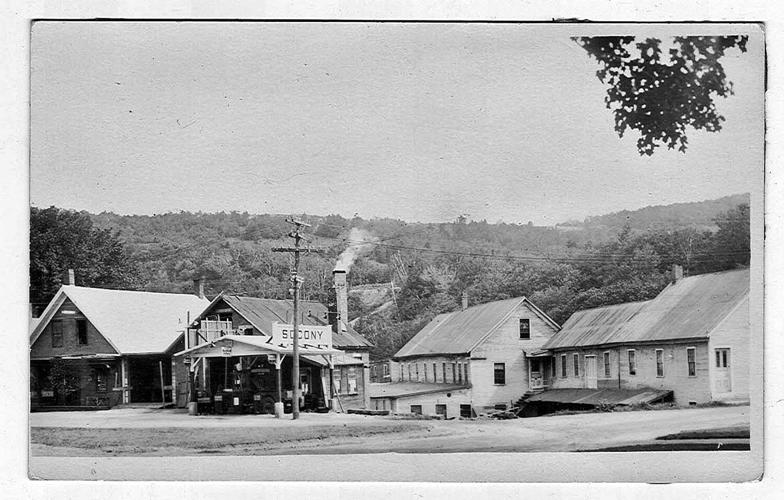 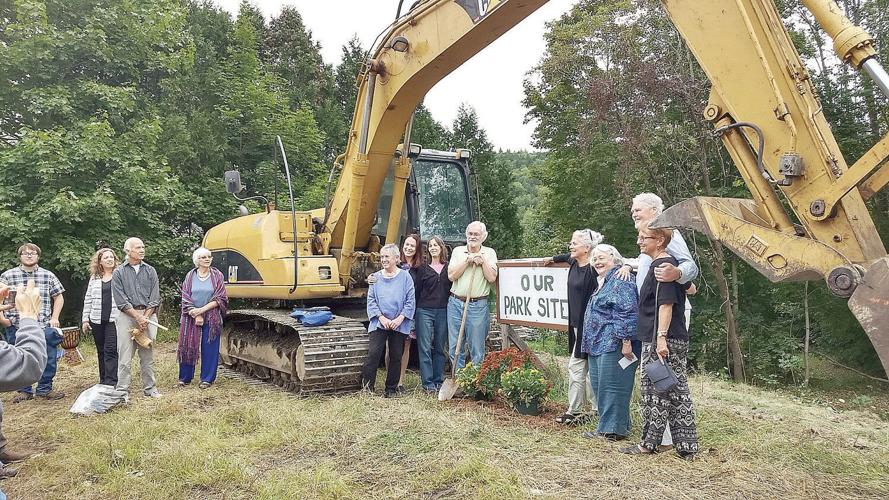 A group of Saxtons River residents, key to the long effort to build a community park on the site of an old contaminated gas station and group of mills, celebrated last week with the official start of work. 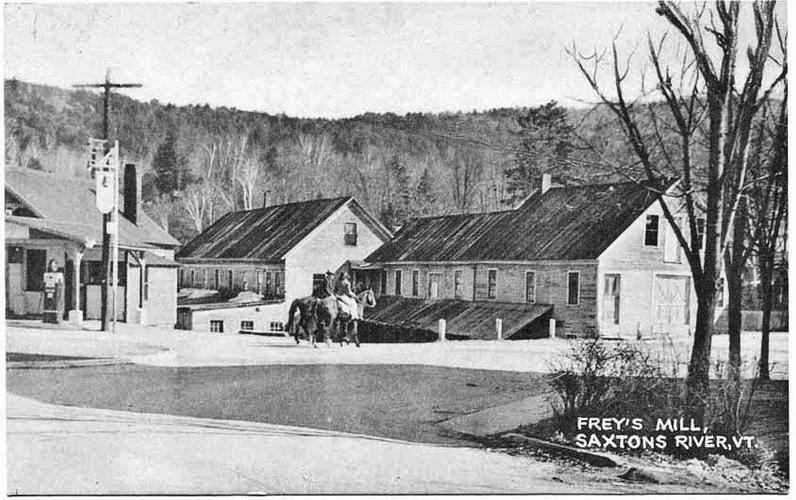 A group of Saxtons River residents, key to the long effort to build a community park on the site of an old contaminated gas station and group of mills, celebrated last week with the official start of work.

SAXTONS RIVER — On the banks of the Saxtons River, at the middle falls in the center of the village, workers used to saw timber, grind grain and even — perhaps — make a little illegal cider brandy.

Last week, crews with a big backhoe started work on the new Saxtons River Park, which will turn an overgrown and contaminated site into a community gathering place, a spot where people can get married, hang out or even listen to a play from nearby Main Street Arts in the natural amphitheater. And the park will open up the long obscured view of the river and its falls.

While a groundbreaking was held last Thursday, there were no shiny shovels. Disturbing the contaminated soil is prohibited, said Angela Emerson, an engineer with LE Environmental, the environmental manager of the project, during a celebration last week marking the official beginning of long-awaited construction. The residents of Saxtons River have been talking and dreaming about a park for decades.

Most of the work on the park at the intersection of Main and Westminster streets should be completed this fall, said Louise Luring, village president.

"The vision of a safe and welcoming park in the heart of Saxtons River is within our reach," she said.

Work on the small park, which is on less than an acre, began last week as contractor Buck Adams started clearing the site of trees, which once housed a cluster of mills central to the village's small-town Vermont economy. The park was designed by landscape designer Julie Moir Messervy, who has an office in Saxtons River, and Jana Bryan, also of Messervy's firm. Scott Wunderle of Terrigenous Landscape Architecture in Chester has been hired to do the stonework for the amphitheater and retaining walls.

Emerson said the contamination, which will be capped, came not just from the gas station, but the old mills as well.

The last of the mills, which made items from lumber, disappeared in flames in 1959, and the village acquired the Frey Mill site in 1979.

The Frey Mill was the last of the mills on the site, which started with a sawmill in the early 1800s and by 1835 had an established gristmill, according to Luring, a local historian. It was rumored that Ransome Farnsworth made the illegal cider brandy. The last mill on the site produced wooden treenware, or small household objects such as bowls.

But the busy corner across from the village's post office had also been home to a gas station, which leaked gasoline and other oil products before going out of business.

In 2011, the village acquired the former village gas station, a brownfields site. Contamination had been discovered in 1989.

The village has received several grants from both the Windham Regional Commission's brownfields program and directly from the U.S. Environmental Protection Agency to clean up the former Sandri gas station site. The village now has $378,000 on hand to pay for the work.

Luring said the project is still $81,000 short, which she is confident will be coming to the village either in the form of another EPA grant or fundraising. "We really haven't started fundraising," she said. The total cost of the cleanup of the site and the creation of the park will cost about $460,000, Luring said.

About half of the site, the portion closest to the river, will be left undisturbed and planted heavily, according to Messervy, to make sure children and residents don't disturb the soil.