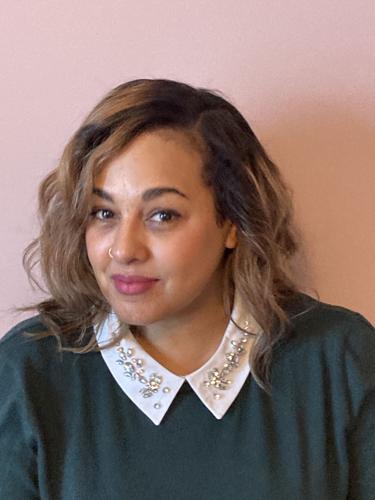 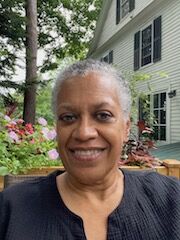 Two new members will be joining the Windham Southeast School District Board, which Tuesday's candidate forum highlighted has a lot to contend with, from the COVID-19 pandemic to a sexual assault investigation.

Reformer editor Melanie Winters asked candidates about their opinion on the biggest challenges in the district and how those could be turned into opportunities.

"It has been a difficult year and again, you're going to hear me repeat the word 'communication' as much as possible, how it's affecting people on a ground level," candidate and local radio personality Peter "Fish" Case said, seeing federal relief funds as a way to help improve education and alleviate issues.

Lana Dever, who works with homeless clients at Youth Services and is facing off against Case for a three-year term for a Brattleboro resident, said the district is already using the current moment to make improvements related to mental health and other areas, calling for it to be "an opportunity for growth and an opportunity for us to reconfigure our society to figure out where we want to go and what we believe in."

Deborah Stanford, retired educator and candidate for a three-year term for a Dummerston resident, called for guaranteeing transparency as the district deals with "revelations of sexual abuse and bullying behavior."

"The district needs to redouble its resolve to create and maintain a safe community for all," she said. "There's a need to rehabilitate an aging infrastructure, from heating and ventilation to up-to-date STEM classrooms to vocational workshops and facilities."

Stanford said wages for newer teachers need to be increased "so they can earn a living wage immediately," and professional development should be expanded so that it's "incorporated into the fabric of the school."

David Wheeler is no longer running for the same Dummerston seat and will not accept the position if elected.

"It was a decision based on my desire to be available to my wife and four young children and the amount of time I would need to dedicate to the School Board," he said Thursday. "I believe it may be something I would look into a lot more in the future when things are less busy at home."

COVID-19 has brought about unprecedented challenges, said board member Shaun Murphy, a retired builder who is running uncontested for a three-year seat for a Guilford resident. He believes the district has made moves to allow it to be more successful than it would have been otherwise, pointing to a recovery plan put together by administrators and staff.

"I'm heartened by the dedication that I see," he said. "It's not to say we don't have problems. We definitely do. But I see it as a continuation of change as something that needs to go on and will go on."

Voters from Brattleboro, Dummerston, Guilford and Putney will decide on all three of the open seats in the March 1 election. Absentee ballots can be requested to vote ahead of time.

The Commons editor Jeff Potter asked candidates how they would reconcile representation of their hometown with the overarching challenges of the district.

Stanford said she feels it is important for the board not to micromanage schools.

"They're all very, very different," she said, looking forward to visiting schools as COVID-19 cases drop to learn more about them.

Merging the school districts seemed natural to Murphy, he said, having served on the board since they unified. He also was a longtime Brattleboro Union High School board member.

Board members are trying to ensure all students in the nine schools are equitably cared for, Murphy said.

"I absolutely love the merged schools," Dever said. "We live in such small communities but we are all together. You can live in Guilford and work in Brattleboro. There is so much cross movement between those lines, they might as well not exist. And I think having a unified and merged district allows us to have shared resources."

"There is no one individual who is more important than the next," Case said. "It's exciting to see how [schools] can all work together and how one idea can go to another school."

Curtiss Reed Jr., executive director of the Vermont Partnership for Fairness and Diversity, asked candidates how they feel about the experience of students of color essentially going unchanged in local schools over the last 40 years, according to youth risk behavior surveying.

"What contributes to that lack of progress?" he said.

Stanford and Dever would be the first people of color to serve on the board.

For Dever, Reed's question brought to mind the story of Zane Rizvi, an eighth grader at Brattleboro Area Middle School who was the victim of racial harassment and bullying.

"What stands out most to me is not that children are cruel, but that the administrators and teachers didn't have the right tools or didn't feel equipped to respond to him in a way that was going to make him feel supported and create change," Dever said. "I think that we have to be not afraid of using the word 'white' or using the word 'racist' and understanding that 'racist' is not a slur. 'White' is not a slur. 'Homophobic' is not a slur."

"The one thing that we don't have a right to as a society is to tell somebody how they feel or what they heard or how they felt when they heard it," he said. "There's always room for improvement. No question about it."

Stanford looked at the incident as proof of a need to beef up professional development and support systems.

Rep. Mike Mrowicki, D-Windham-4, of Putney, submitted a question asking candidates how they might enhance services to address childhood trauma.

"Luckily, in Brattleboro, we have quite a few organizations ... working to support those students and to make sure that they have other avenues outside of whatever's happening at home," said Dever, who suffered from trauma herself and works with homeless clients at Youth Services. "I think there are some things that are already currently being done in schools to support those students. Our community is only as strong or as great as our most marginalized among us. So until everyone is free from trauma, then we are all a traumatized society."

Case called for robust support for students dealing with trauma and those providing services to them.

The Putney Leadership Council asked candidates how they will approach masking if the state drops its guidance for having mandates in place at schools. Dever said the board must think about protecting vulnerable community members, and Case acknowledged the difficulty in trying to meet everyone's needs and the need to have many people involved in the discussion.

Stanford sees potential difficulties if some people might be masking and others are not.

"We need to be really sensitive to tensions that are going to exist in communities over this issue," she said.

Candidates were asked how they will respond if the sexual assault investigation underway leads to accusations against current staff members. The investigation stems from a report published in the Commons with details related to retired BUHS teacher Zeke Hecker.

"I think we do have to let the investigation play out," Case said. "If somebody that is still within the school system is implicated over and over again during this investigation, speaking from my heart, I feel this person needs to be removed."

Dever called for finding ways for the community to heal.

"Listen to survivors, end of story," she said. "When there are credible accounts of sexual assault, that teacher should be removed immediately. Let the investigation play out and then we move on. But we have to start listening to people."

BRATTLEBORO — After mulling a run for the open Senate seat in Windham County, Peter “Fish” C…

Schools pledge to do more on racial issues

Community in solidarity with students targeted by racial harassment