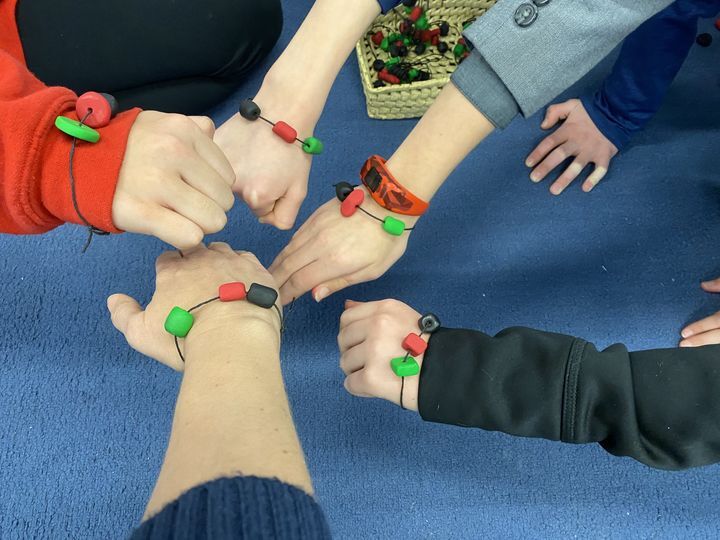 Students at Academy School are selling bracelets they made to raise money to buy books for their refugee classmates. 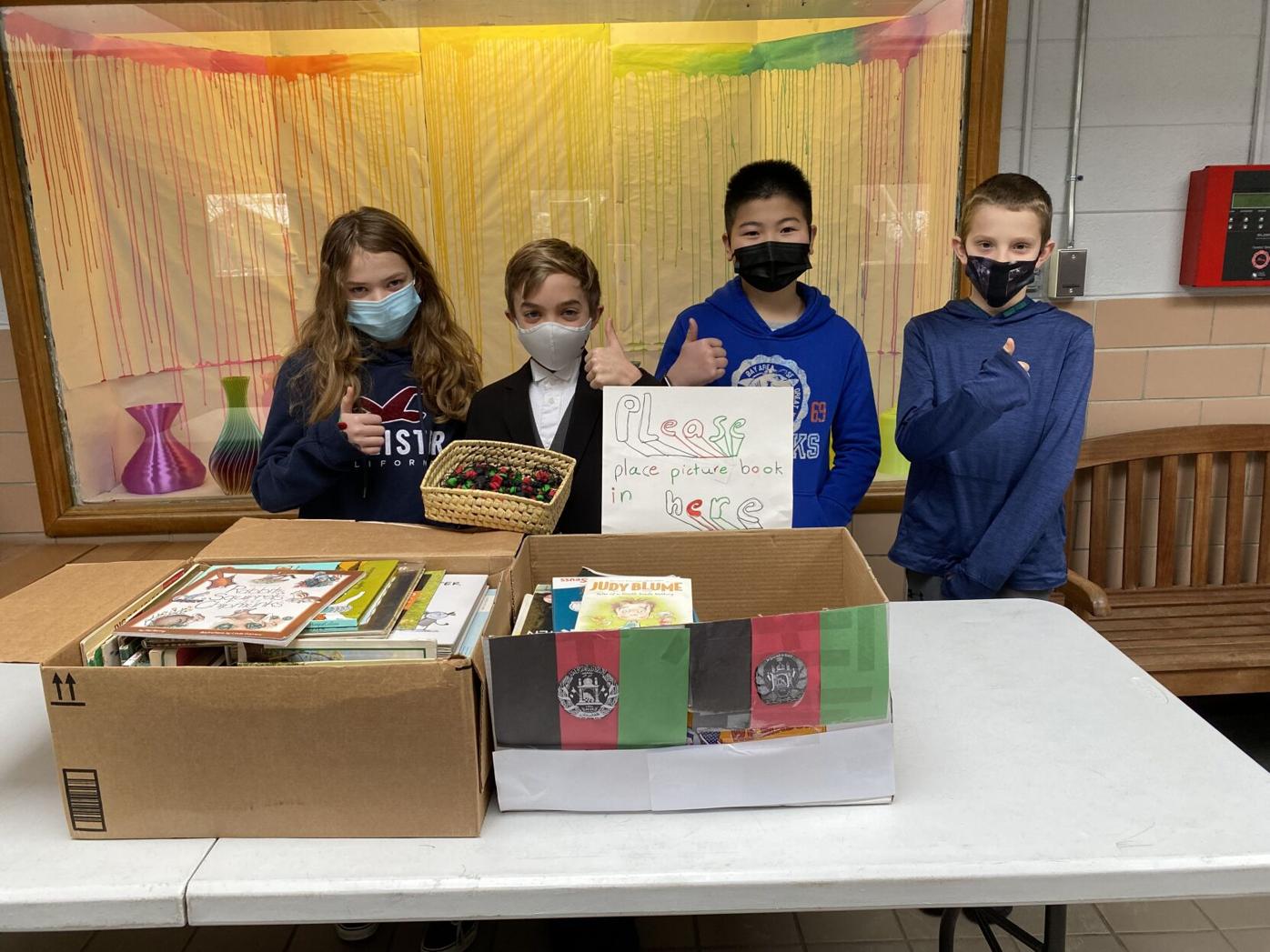 Students at Academy School are selling bracelets they made to raise money to buy books for their refugee classmates.

“We have been working very closely since the start of the school year, planning around trying to be as proactive as possible around this Afghan resettlement happening now in Brattleboro and for weeks to come,” Superintendent Mark Speno said at the Windham Southeast School District Board meeting Tuesday.

“Brattleboro is expected to have 100 people from different cities and towns in Afghanistan to resettle here by the end of February, probably on a weekly basis,” Course said. “Many are currently in the United States and are receiving support from community members in Brattleboro and through an organization called ECDC.”

SIT, the School for International Training, is helping with temporary housing and cultural orientation. Language classes are being provided to adult refugees.

Credited also with assisting in resettlement efforts are other local school districts and Brattleboro Development Credit Corp. The BDCC runs the Welcoming Communities program, aimed at building systems to support new Vermonters, including refugees and immigrants.

“It’s an exciting time, and we’re looking forward to the opportunity of working with them,” Coombs said. “There’s been a lot of collaboration among staff and also with teachers and students in preparation of welcoming these new students we’ll be getting. When we think of welcoming these students, there’s so many different aspects that go along with that.”

Coombs said school staff will be looking at nursing needs, how to integrate technology for students who might not have experience, and making food services aware of any special dietary requirements.

Students at Academy School in Brattleboro are donating picture books to refugee families, raising money for the initiative by selling bracelets they made for donations of $1 to $3. Coombs said the books can be discussed in any language.

“The library has ordered some resources and books that are bilingual,” Course said.

Student groups at the high school and middle school are talking about creating welcoming committees and making signs to show support.

About 50,000 to 60,000 Afghan refugees evacuated from their country are being housed on military bases, Coombs said.

“There’s a lot of information available right now on ways that we can help to make them feel welcome in school and in the community, so we’ve been trying to delve through those resources and find ones that will be most beneficial to the teachers that we work with,” Coombs said.

A website was developed with resources to aid teachers in the district in welcoming refugee students.

“This just seems fantastic to me,” School Board member Shaun Murphy said. “It seems like you two have put so much into trying to make it into a cohesive experience for the people who are coming.”

Board Chairman David Schoales described being impressed by the broad effort underway to welcome refugees in Brattleboro.

Lana Dever, who announced she would be running for a seat on the board, asked what’s being done to prevent culture shock in “a very white state.”

“There are a lot of joint efforts happening as far as cultural orientation and acquisition being handled for the adults through ECDC,” Coombs said. “There’s a required component to that with refugee status and that will be happening at SIT for the refugees who are coming for the first eight weeks that they are here, and then there will be ongoing efforts and support through the sponsorship groups that are working with ECDC to support the families and individuals who are coming. It’s a very well organized, thoughtful approach to welcoming the families and individuals to the community.”

Course said schools are making a concerted effort to ensure the new students will have “windows to see themselves in the stories or work that they have and also windows to the world.”

Ruby McAdoo, a parent of students at Putney Central School and whose husband is an immigrant from a Muslim country, said there are no mosques here, but there are Muslim families in the area.

“I’ve always been very impressed by the district and our school’s support of our family,” McAdoo said. Through the Brattleboro Area Interfaith group, “we are trying to meet those cultural needs in terms of welcoming and letting these families feel that representation and feel that there are other people in the community to support them.”