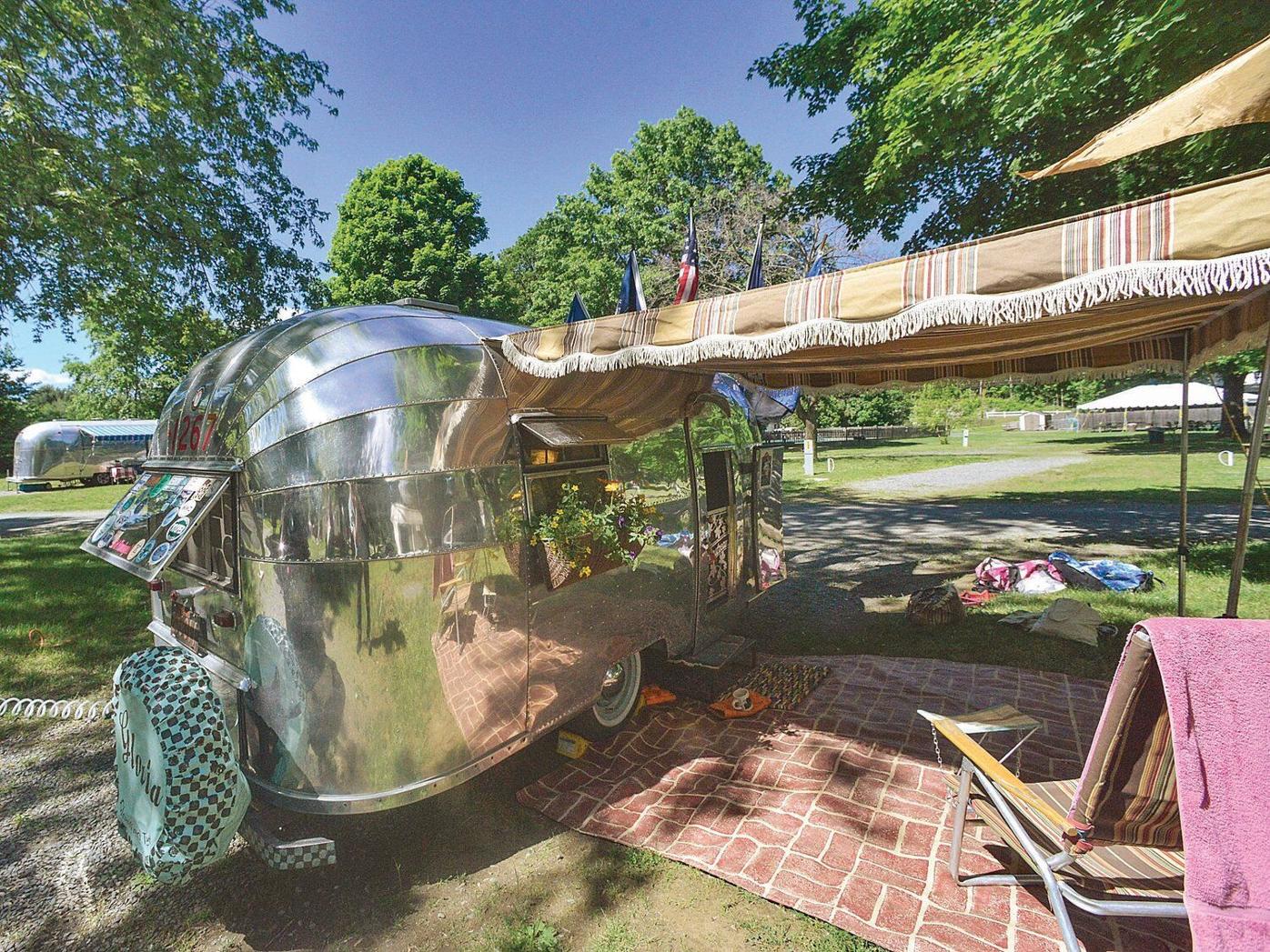 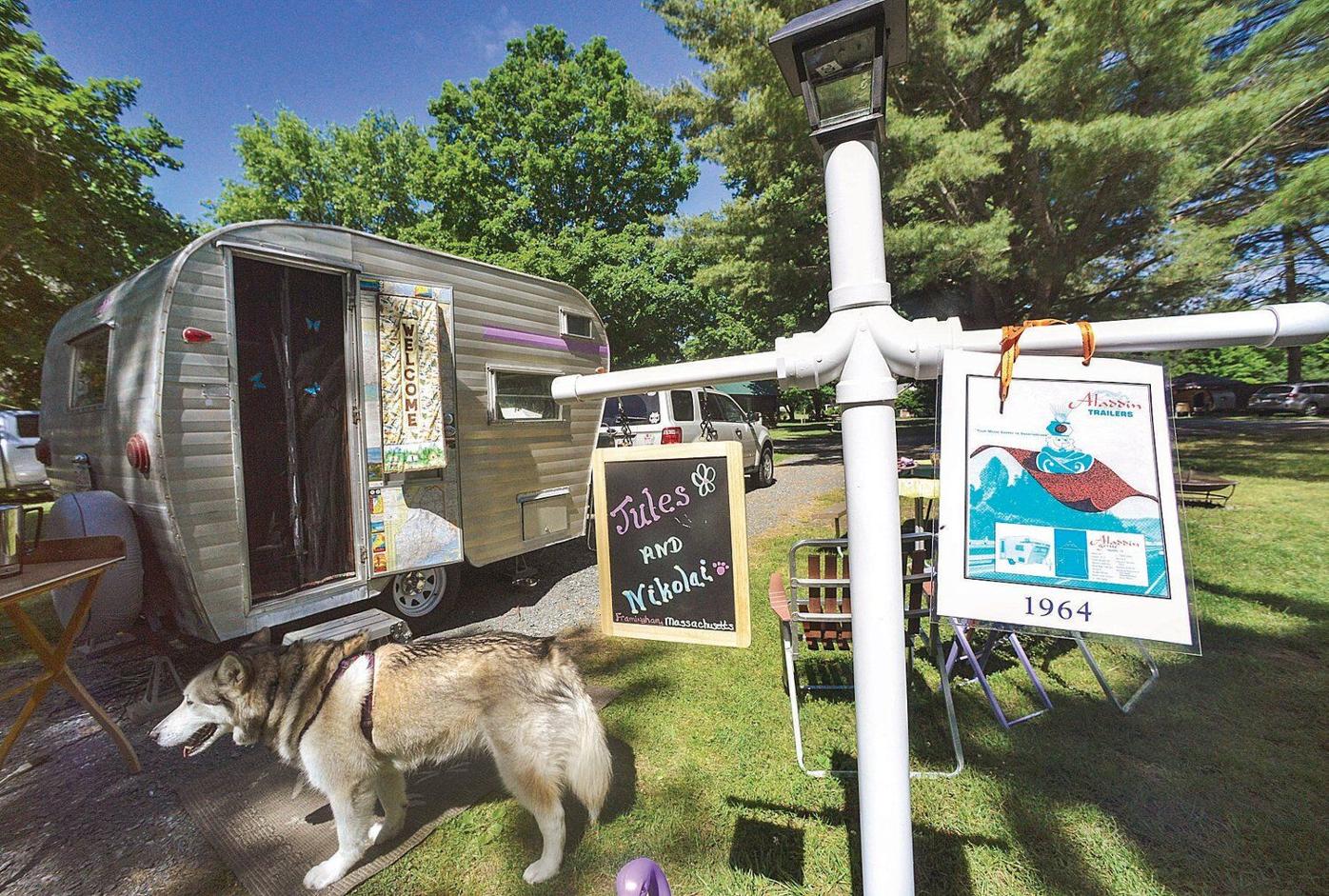 Campers participate in a Vintage Camper Rally Open House at the Brattleboro North KOA Campground. One area campground owner said the state's 14-day quarantine rule for visitors is a "death blow" to campgrounds.

Campers participate in a Vintage Camper Rally Open House at the Brattleboro North KOA Campground. One area campground owner said the state's 14-day quarantine rule for visitors is a "death blow" to campgrounds.

MONTPELIER — With only partial lodging openings and 14-day quarantine rules for those coming to Vermont for longer than a day, Gov. Phil Scott described himself as being "very concerned about tourism in the state."

"It's a vital part of our economy," he said during a press conference about the state's coronavirus response Monday. "All told, the hospitality industry is under duress."

Details about an economic relief package in the state are expected to be shared at a press conference Wednesday. Scott said some of the funding will be directed toward the hospitality industry.

Regarding the 14-day quarantine requirement, he said, "It's not a perfect system by any means ... but we're trying to accommodate as many people as possible."

Scott said the goal is to make sure Vermont residents are being taken care of first. He suggested some out-of-state visitors might have a second home, or friends or family in Vermont they could stay with to complete a quarantine before a vacation.

Scott expressed hope that Vermonters might consider taking a "staycation," or a vacation spent close to home.

Natural Resources Secretary Julie Moore said state lands have remained open through the spring, although not fully operational or staffed. She anticipates state campgrounds will be open by June 26 or earlier.

New reservations can be made at vtstateparks.com. Cabin and cottage retails at the campgrounds will not be available.

Moore advised campers to bring cloth covering for picnic tables, hand sanitizer and sanitizing wipes. She said state park staff will be preparing sites for expanded summer use with an eye toward hygiene and reducing common touch points.

Out of 700 tests conducted in the state Sunday, zero came back positive for COVID-19. Last week, the governor's office said data and modeling indicate the spread of virus continues to slow in Vermont, which had the lowest three-day and seven-day growth rates in the United States.

On Monday, Scott called the state "the MVP of the nation in some respects." He said other governors told him Vermont has given them hope.

Health Commissioner Mark Levine said the coronavirus curve has continued to flatten since the middle of April in Vermont, which has recorded a total of 940 confirmed cases and 54 deaths since March. But he shared a story about "what happens when you let your guard down," saying Clifton County in New York is nearly doubling the number of people it is tracking as part of a testing and tracing program after parties over the weekend in Plattsburg, N.Y.

State officials in Vermont plan to continue and expand pop-up test sites, where citizens can be tested for the virus without showing symptoms.