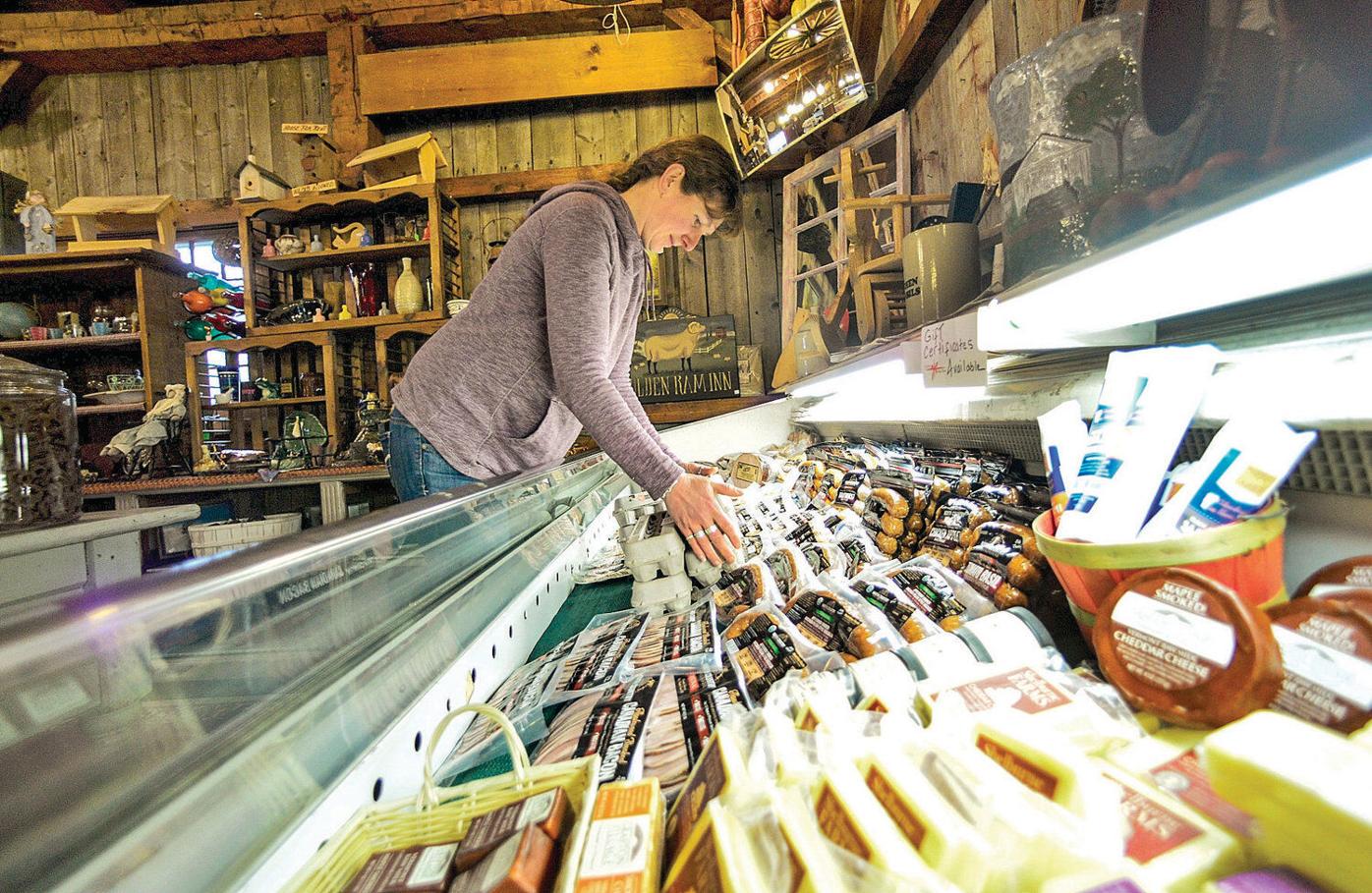 Sarah Bernard, the new owner and operator of Lawrence's Smoke Shop & Country Store, in Townshend, arranges eggs and bacon in one of the coolers on Friday, May 3, 2019. 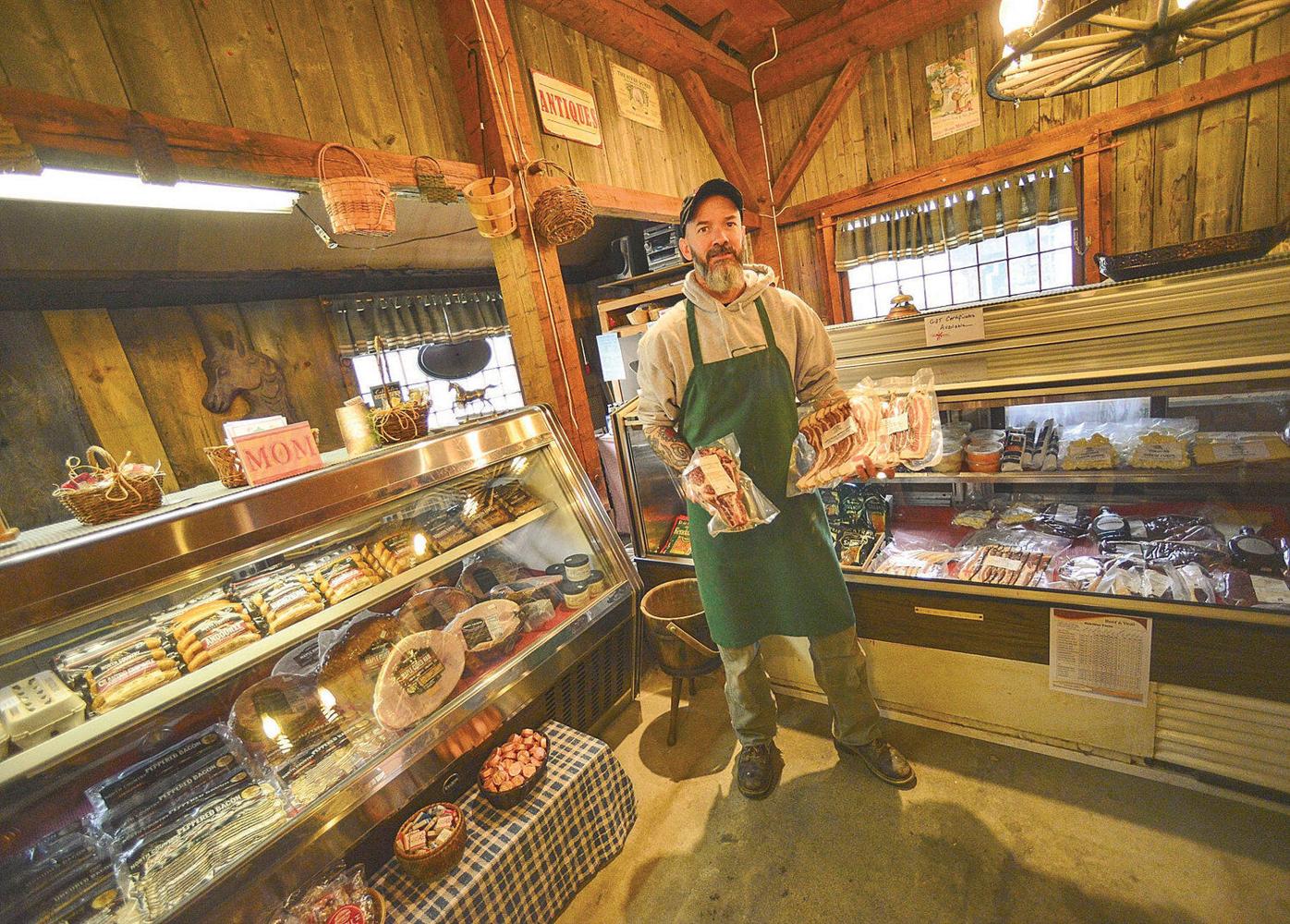 Sarah Bernard, the new owner and operator of Lawrence's Smoke Shop & Country Store, in Townshend, arranges eggs and bacon in one of the coolers on Friday, May 3, 2019.

TOWNSHEND — A local businessman and his daughter have managed to keep Dollar General out of Townshend for the time being.

"They are my heroes right now," said Terry Davison Berger, a member of Save Our Scenic Corridor, which came into being after town residents learned Dollar General was eying the Route 30 location.

Bedortha purchased the business for $230,000, according to records kept in the offices of the Town Clerk.

"This was not in our business plan," said Bernard with a laugh, during an interview with the Reformer on Thursday. "We knew that Kit was interested in selling it, but it wasn't something we were looking at."

Martin has declined the Reformer's request for an interview.

Bernard said the more she and her father thought about it, though, the more it made sense to think about keeping the smoke shop out of the hands of Dollar General.

"We had a fair amount of discussion," she said. "We figured it wouldn't be good for our business at the market. We felt that we wouldn't get anything positive out of having them for a neighbor."

Bernard visited a handful of Dollar Generals in the area to get a feel for what products it stacks on its shelves.

One reason Dollar General had its eye on the location is the lot is one acre, making it exempt from an Act 250 review. Townshend also doesn't have zoning regulations, which meant that if Dollar General had purchased the property, it could do pretty much whatever it wanted to with the one acre.

"I'm not an advocate for people being able to tell you what to do on your own land," said Bernard. "But on the other hand, nobody wanted the Dollar General here, two feet from our property line. Maybe, in the long run, something good would have come from it, but it just didn't feel that way."

The River Bend Market has been in Townshend going on three decades. Bernard grew up in West Wardsboro, and she remembers spending time in the store there starting when she was 5 years old. Bernard graduated from Leland & Gray Union Middle & High School and opened River Bend Farm Supplies on Riverdale Road about 16 years ago.

While she will still be managing the farm supply store, she called the smoke shop "My new baby."

"It's exciting, but it can be a little overwhelming," said Bernard.

Currently, the shelves are stocked with products made across the Green Mountain State, with coolers stocked full of products from North Country Smokehouse in Claremont, N.H.

"We have tried to bring in all the products that people have requested," said Bernard. "It won't be just food. We are looking for non-food items, too."

Bernard is gearing up for what she called the busy season, when campgrounds in the area start to fill up with visitors for the summer. "The number of cars that pull in here, more than 50 percent are from out of state. Hopefully, the locals will come in and check us out, too."

One of those locals, Barbara McIntyre, a resident of Townshend since 1986, said she was excited that the store was staying open.

"It has been my favorite place to shop," she said. "But I thought it had closed. I have friends who live out of state and I used to get a lot of little things here to send them for Christmas. They were very upset this year that they didn't get all their little things because I thought the store was closed."

She thanked Bedortha and Bernard for saving a little bit of Townshend from an out-of-state behemoth.

"Thank you for keeping it as it is," said McIntyre. "It's part of town. It's always sad when you see something that's little being taken over by something that is bigger."

Bernard was happy to see McIntyre stop in to pick up a few small items.

"We would like to build up the local following a little," she said.

Bernard said one tradition they will carry on from the previous owner is gift baskets filled with Vermont-made items, such as jam, chocolate, maple syrup, canned goods, barbecue sauces and hot sauces.

"But right now, we are just trying to organize and fill the shelves, see what people are looking for," she said.

While, Townshend has received a reprieve, said Davison Berger, that might only be temporary.

"Dollar General is not coming to this spot, but that doesn't mean they're not trying to come to Townshend," she said.

"There are currently no real estate opportunities we are pursuing in Windham County," wrote Mary Kathryn Colbert, Dollar General Public Relations, in an email to the Reformer.

Bernard said when she heard Dollar General was looking at the spot, she got involved with the Save Our Scenic Corridor group, which was first known as Townshend Area Residents Resist Dollar General.

"People are happy we bought it," said Bernard, who said negotiations with Martin were quite amicable. "I believe he could have made more money selling it to Dollar General. But he felt it was in the best interests of everyone if we would move on it. I think he did the right thing by the town."

Bedortha operates a number of businesses under the state-registered Vermont Staple Goods, Co. they include the market, the farm supply store and the West Wardsboro Store.