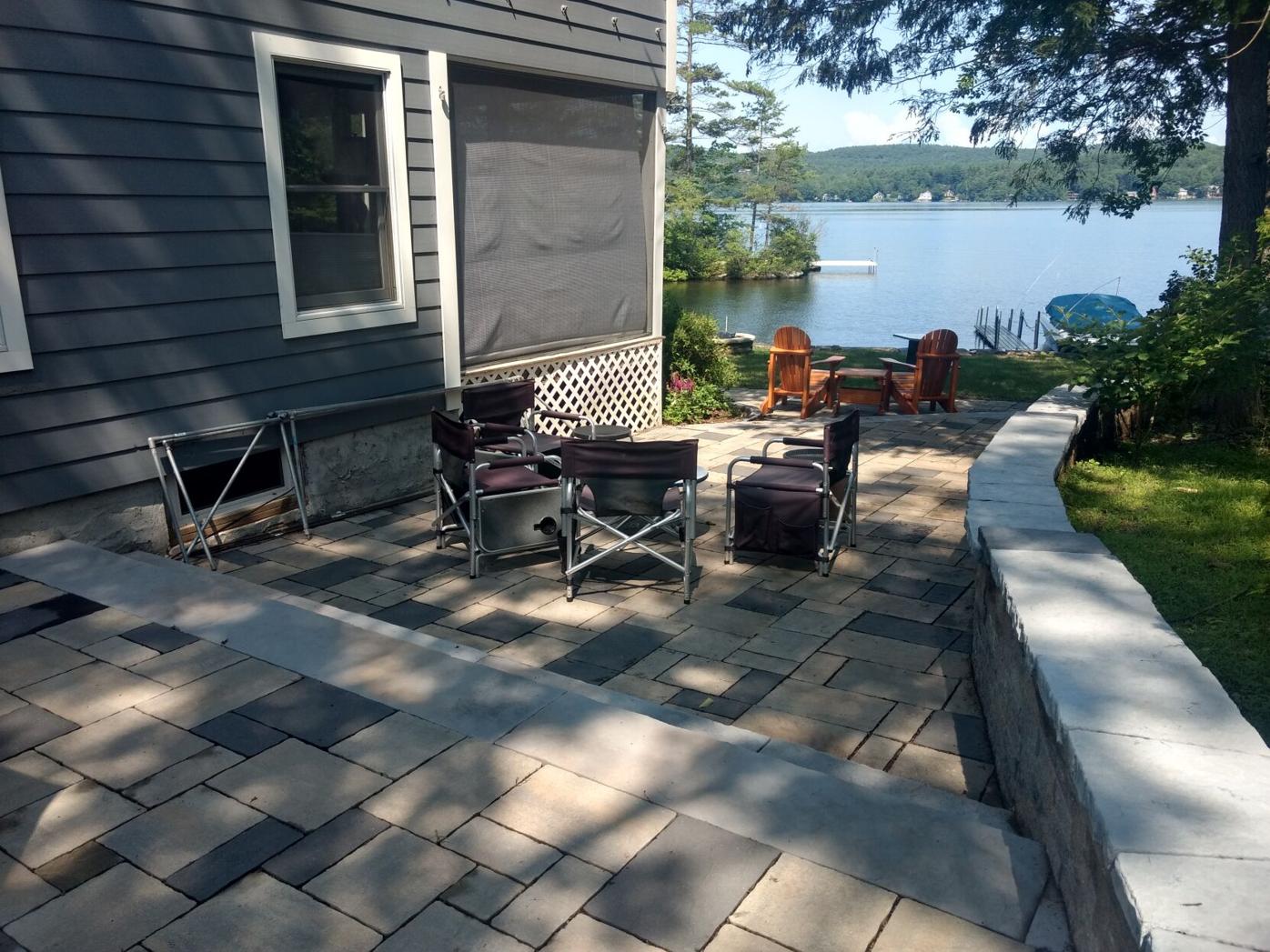 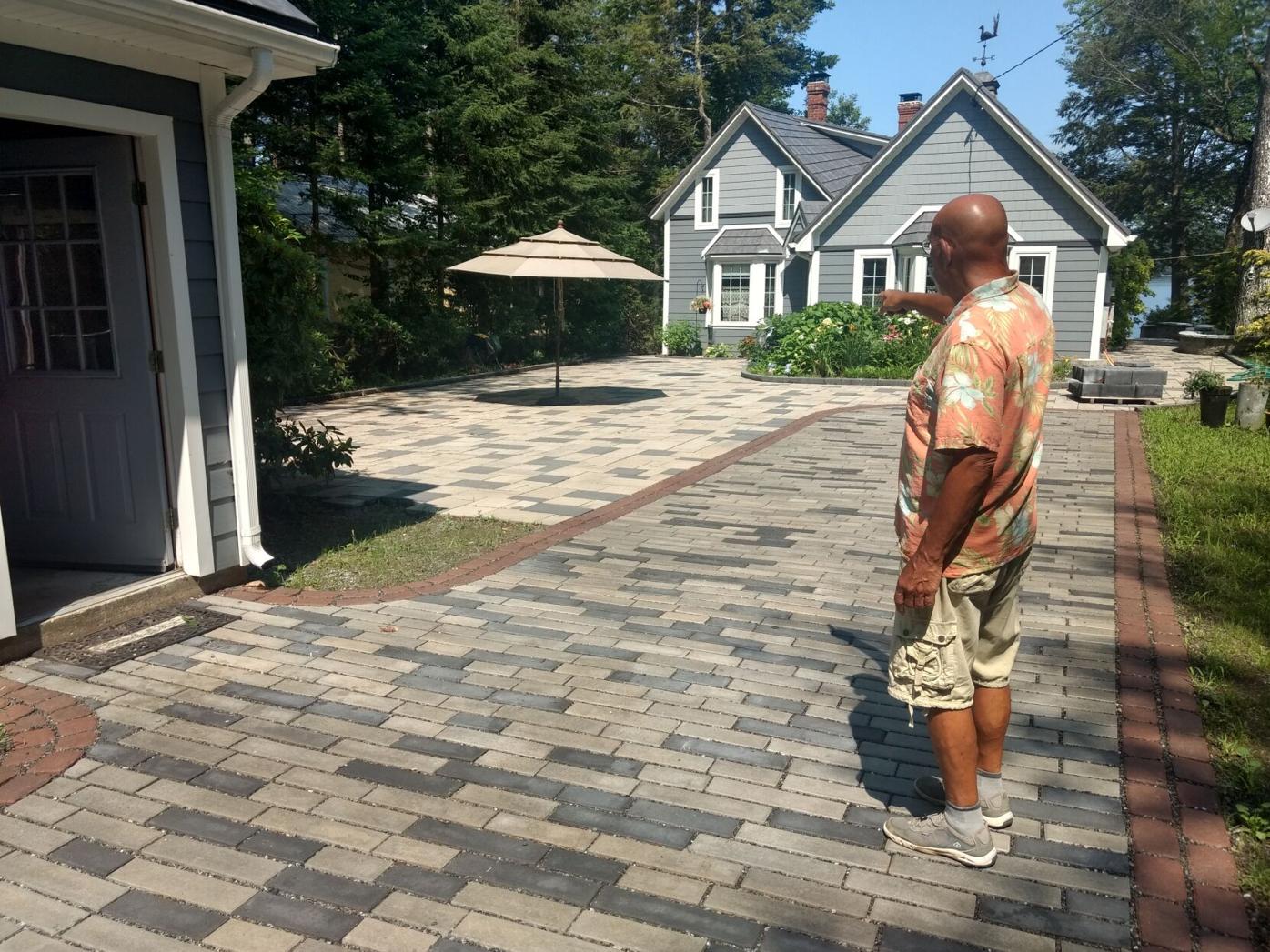 CHESTERFIELD, N.H. — The owners of a house on Spofford Lake lost their bid to overturn a Zoning Board decision ordering them to remove pavers from their property.

But Rob Sugarman said he's not done and is asking Cheshire Superior Court Judge David Ruoff for a rehearing on his decision.

Sugarman said if Ruoff denies a rehearing, the next step is to take it to the New Hampshire Supreme Court.

"But the likelihood of overturning the Superior Court decision is maybe 30 or 40 percent," Sugarman said on Thursday morning.

In April 2019, Joy Street, which is the legal ownership name of the property, applied to the New Hampshire Department of Environmental Services for permission to add 504 square feet of pavers. Instead, Joy Street actually added 3,769 square feet of pavers, applying to the DES for an amended permit, which DES approved in October 2019.

However, Joy Street never applied to the town for a local permit and when the town's code enforcement officer learned of the project, he issued a cease-and-desist order. According to town ordinances, impermeable coverage cannot exceed 20 percent of the total property. The completed project measured 31.8 percent, according to court documents.

"First, it found that Joy Street's pavers either qualified as 'structures' because they are 'temporarily or permanently ... placed materials in or upon the ground' or 'impermeable coverage' because they are 'manmade alteration[s] to the natural surface of the land ..." wrote Ruoff in his decision.

The Zoning Board also referenced state regulations that give the town the authority to make ordinances that are more stringent than required by the state, wrote Ruoff.

Sugarman's attorney, Michael Bentley, of Lane & Bentley in Keene, argued that the way the town's ordinance was written gave the state ultimate authority over the installation of the pavers.

The local ordinance reads "In the Spofford Lake District, all uses shall first be regulated by the Shoreland Protection Act ... and then permitted in compliance with the existing district."

Bentley argued that the word first means the state's permit is all that was required of Joy Street.

Ruoff disagreed with that argument.

"Use of the word 'first' does not denote preemption because it is followed by 'and then' which clearly indicates that local law also controls," he wrote.

Though Sugarman has vowed to continue to litigate the matter, he admitted mistakes were made by himself and the contractor who installed the pavers.

"We were wrong, and on the public record, I apologized," said Sugarman.

Nonetheless, he believes his intentions are good and what he has done at his property will benefit the lake.

As part of the work finished up at the property, the Sugarmans replaced a paved driveway with a permeable paver system, but because they replaced like with like, there was no issue. And the system, said Sugarman, has proved much better than pavement, which just sheeted water off right into the lake. He said the system they've installed around the house has served the same purpose.

Underneath the pavers themselves, said Sugarman, are levels of aggregate installed by the contractor, which is much better than the clay under the sod at soaking up the runoff before it can reach the lake.

With his attorney, Sugarman created a modified ordinance that would allow for permeable paver systems and he says he got hundreds of signatures on the petition to bring it to Town Meeting.

"It's actually a modification of the existing ordinance that will address a lot of these issues so that homeowners and people looking to do development around the lake have a clear set of rules that they can abide by and understand completely and understand why they're being asked to do these things," he said. "We are willing to go to extraordinary lengths to get that regulation description changed to recognize the science of permeable paver systems, which will be a benefit to the town and the lake, which we all agree is in trouble."

Sugarman and Bentley attempted to present the petition to amend the zoning ordinance during Town Meeting 2021, but they were told they submitted it too late.

According to the New Hampshire Municipal Association, the deadline to submit petitions to amend a zoning ordinance for 2021 Town Meeting was Dec. 9, 2020. The date for submission is three months prior to Town Meeting day to allow the town clerk to check signatures for residency and to get petitions on the agenda of public meetings in advance of Town Meeting.

Sugarman hopes to present the petition on the 2022 ballot, but he also hopes to initiate a dialogue with the Planning Board and Zoning Board about the benefits to the lake of a permeable paver system.

"I believe that the way to do this is through the petition in the March vote," said Sugarman, who's been told he has until April 2022 to remove the paver. "But if it fails, that gives me about two weeks to remove all these pavers."

The Sugarmans spend nine months of the year in Puerto Rico, though they make regular trips to Oyster Bay, New York, to manage their business that offers a suite of educational technology resources including Otis for Educators.

When not in Puerto Rico, the Sugarmans live in their home on Spofford Lake. Sugarman admitted he is "not from here," but his wife, Christine, has family roots in Chesterfield that go back 90 years.