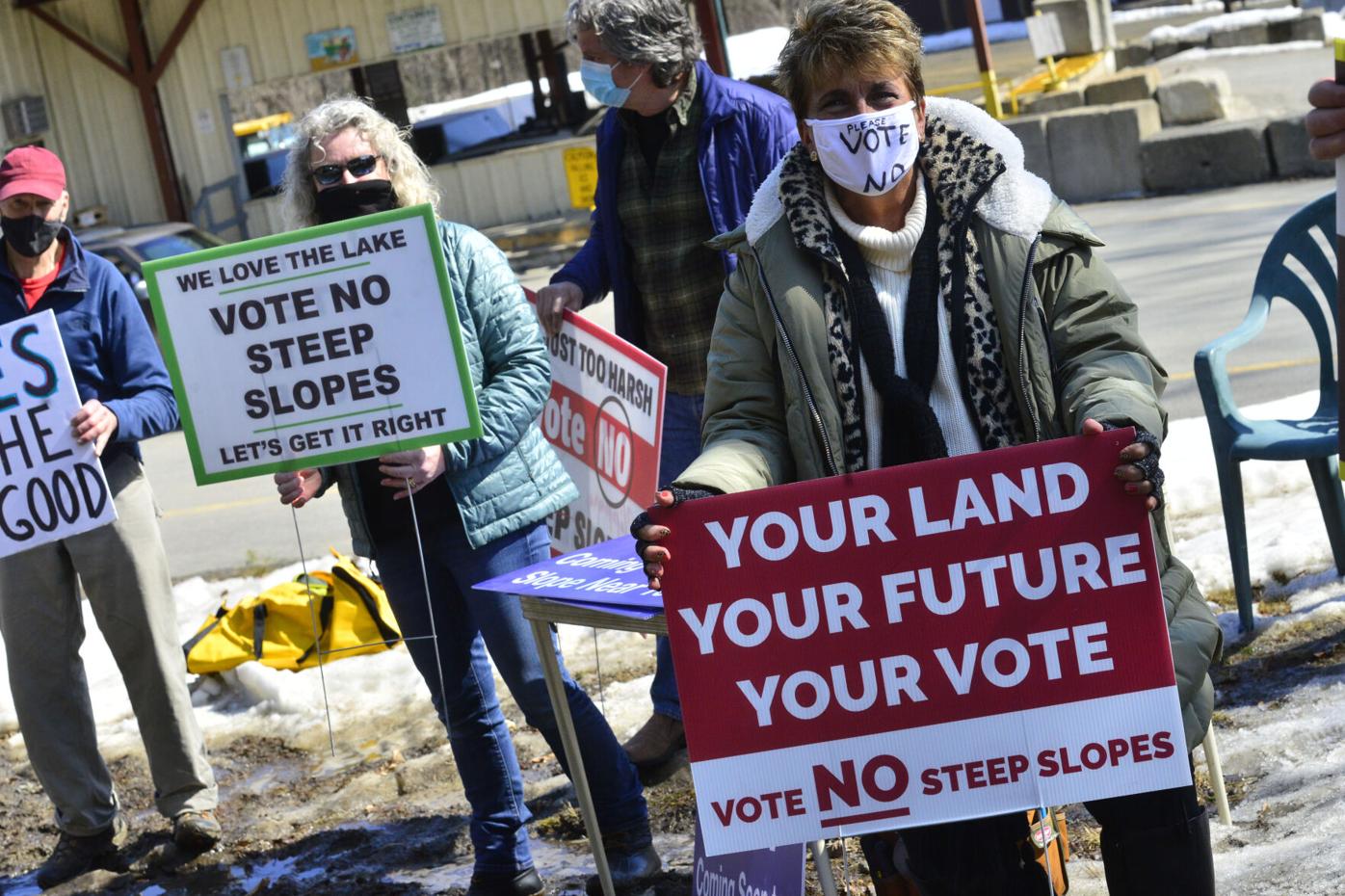 New Hampshirites head to the polls to cast their ballots on Tuesday, March 9, 2021. 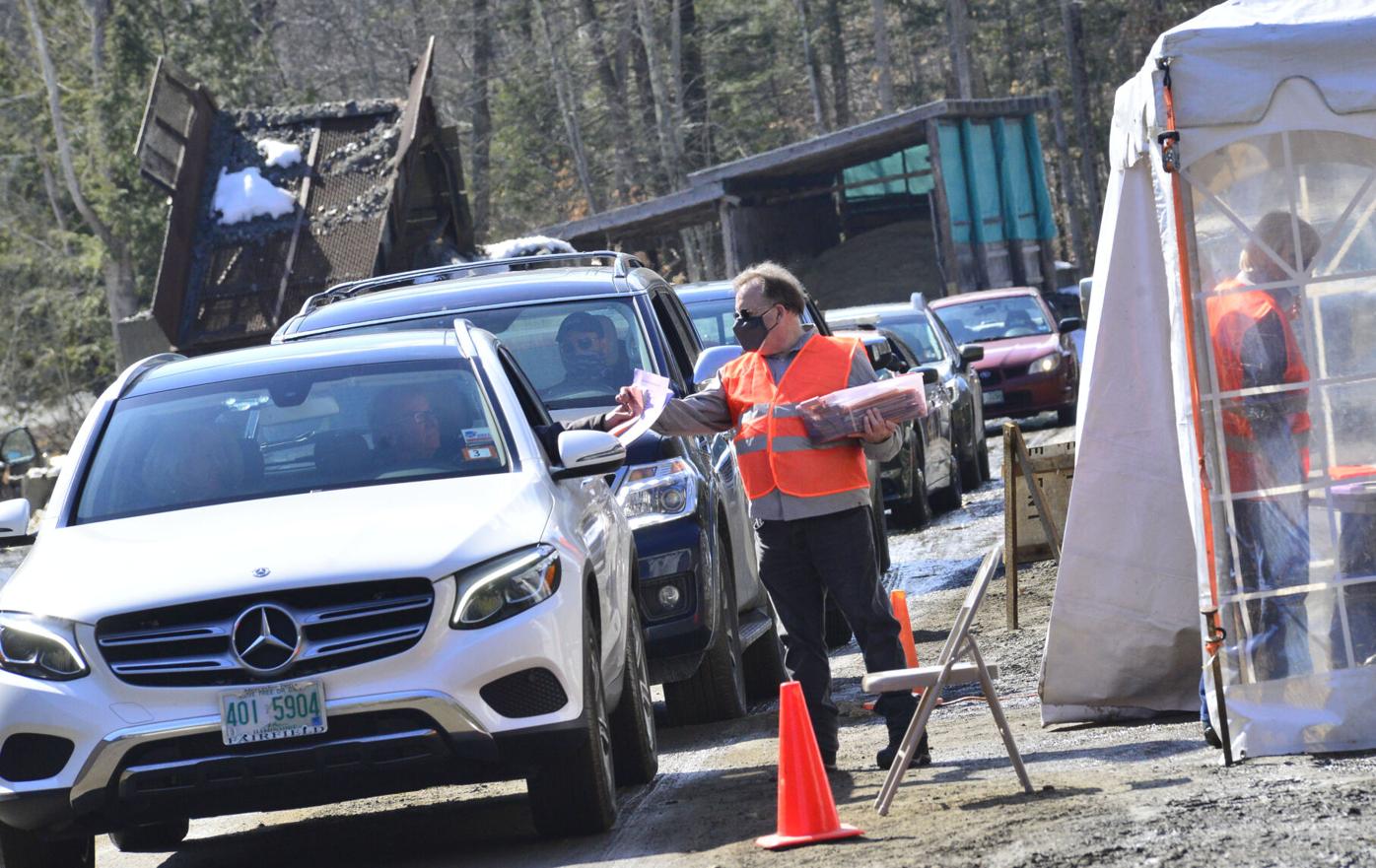 Poll workers collect the filled-out ballots at a drive-thru style of voting held at the Chesterfield, N.H., Highway Department during a modified Town Meeting day on Tuesday, March 9, 2021.  

New Hampshirites head to the polls to cast their ballots on Tuesday, March 9, 2021.

Poll workers collect the filled-out ballots at a drive-thru style of voting held at the Chesterfield, N.H., Highway Department during a modified Town Meeting day on Tuesday, March 9, 2021.  

CHESTERFIELD — The town’s proposed steep slope ordinance was soundly defeated on Tuesday by a vote of 608 to 242.

The Spofford Lake Watershed Steep Slope Overlay District Ordinance would have limited development on slopes between 10 and 15 percent and prohibited it for the most part on slopes of more than 15 percent.

Opponents of the ordinance said not enough outreach was conducted to involve the public and that the ordinance denied landowners in the watershed the right to develop their properties as they see fit.

James Corliss, the chairman of the Planning Board and the only member of the board that voted no to advance the proposal to the voters, told the Reformer he believes they will continue to work on protecting the watershed.

“But given the size of the vote yesterday against the previous proposal, the Planning Board will need to start fresh,” he said. “I hope there continues to be public interest during the process to help us get it right.”

Pamela Walton, who supported the amendment, said she was disappointed by the vote.

“The lake needs and deserves protection,” she said, adding she hopes the next version “will be acceptable” to town residents.

Charlie Donahue and Bob Maibusch, who both opposed the ordinance, simple stated the voters have spoken.

Zoning Amendment No. 2, which would have adjusted language dealing with accessory dwelling units was also defeated by a vote of 424 to 396.

According to the Town Clerk’s Office, just 904 of the town’s 3,290 registered voters turned out to vote on Tuesday.

A handful of the voters who showed up on Tuesday left blank their votes on the zoning amendments.

Another amendment, to clarify the town’s signage regulations, was also defeated by a vote of 525 to 353.

A petition to change the classification of Pontiac Drive, where Ames Performance Engineering is located, from Planned Development District No. 3 to Commercial/Industrial, was defeated by a vote of 512 to 342.

Three other amendments, including one related to off-street parking and two adding “water quality” to the town’s definition of brooks, rivers and streams and the Spofford Lake District, were approved.

All other warrant articles, including $231,590 for the purpose of reconstructing and repaving of one-third of North Shore Road and $132,732 for the resurfacing of other town roads, were approved.

Voters approved the addition of $121,000 to the town’s Highway Heavy Equipment Capital Reserve Fund and another $170,000 to be withdrawn from the fund to purchase a new loader, bucket and sweeper.

They also approved raising $25,764 for the purchase of one in-car police camera and four body-worn cameras for the police department.