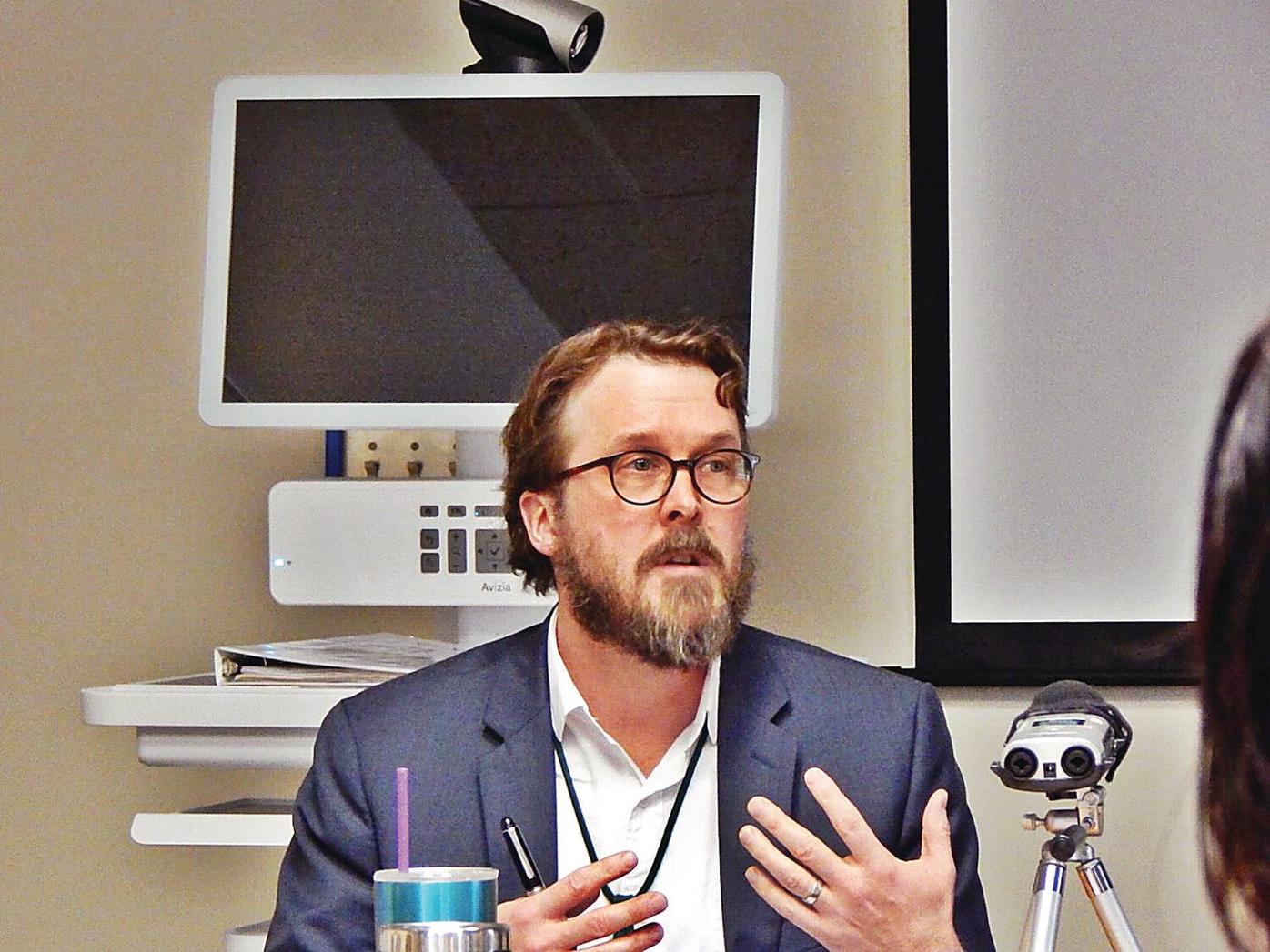 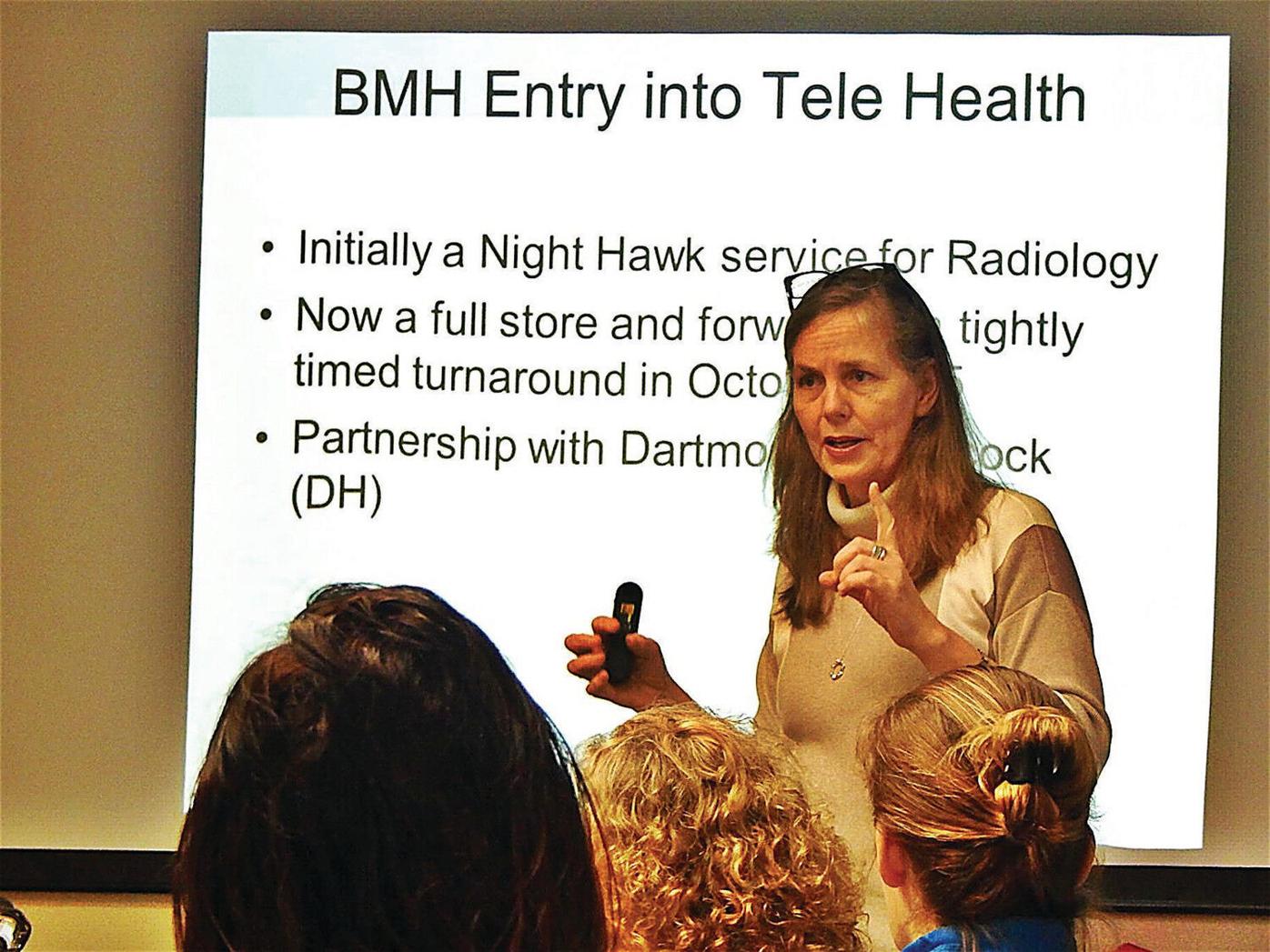 BRATTLEBORO —Doctors are trying out a new tool - videoconferencing - that might fix two persistent problems in southern Vermont psychiatric care.

The increasing use of remote consultations via secure video has allowed the Brattleboro Retreat to recently hire several physicians who live outside the area, thus addressing a recruitment problem that had caused some positions to go unfilled.

The Retreat's "telepsychiatry" service also is expanding this month to Brattleboro Memorial Hospital, where administrators hope to cut down on the number of mental health patients waiting for care in the emergency room.

While the specifics of those two programs are different, officials say the goal is the same.

"This is really all about providing high-quality care to people who need it, when they need it," said Dr. Mark McGee, the Retreat's chief medical officer.

The concept of telemedicine is not new: The U.S. Veterans Administration, for example, has for years been using technology to link doctors and patients who are separated by geographical distance. In fiscal year 2016, about 12 percent of U.S. veterans received care via "telehealth," the administration says.

The use of such technology has been growing recently in Vermont as hospitals look for ways to more easily reach rural patients. Also, the state Legislature last year approved a bill designed to further expand telemedicine and make it easier to obtain insurer reimbursement.

"We have to think about, what are some really creative solutions to how to get really high-quality care to our patients in this community," McGraw said.

Telemedicine is one of those solutions at Brattleboro Memorial, where administrators have instituted several varieties of remote medicine.

Initially, there was a "nighthawk" service utilizing offsite physicians during overnight hours. More recently, that has evolved into a partnership with New Hampshire-based Dartmouth-Hitchcock for remote radiology and neurological services.

Telemedicine, McGraw said, improves the speed and quality of care. That's especially important for stroke patients in Brattleboro who now can get quick, video-based exams from Dartmouth's consulting physicians.

"It keeps our patients in our community," McGraw said. "They don't have to travel up to Dartmouth to get something that they could get here through telehealth."

At the Retreat, administrators have been exploring their own potential telemedicine applications to deal with a staffing issue.

McGee said it's been difficult to recruit psychiatrists to southeastern Vermont, so the Retreat has relied heavily on contract physicians that can cost two to three times as much as a staff doctor. "I concluded very early on that that model is simply unsustainable," McGee said.

In March 2017, the Retreat contracted with a Boston-based psychiatrist to provide remote, real-time video consultation with adult inpatients. Several months later, that program expanded to link a Florida physician to the Retreat's Birches Treatment Center for those with mental health or substance abuse issues.

This month, the Retreat has hired three new doctors - two in New York and one in Rhode Island - to provide telepsychiatry to three more adult inpatient units in Brattleboro.

Videoconferencing has allowed the Retreat to "really open up our recruitment efforts to not just people who might consider moving to southeastern Vermont," McGee said.

Thus far, McGee said, the model is working well both for providers and patients. So telepsychiatry now is expanding to Brattleboro Memorial's emergency department, where patients soon will be able to undergo remote consultations with Retreat doctors.

There are no psychiatrists on staff at Brattleboro Memorial, so the hospital struggles with a statewide problem: Mental health patients often become stuck in emergency departments due to a lack of available psychiatric services elsewhere.

Emergency room staff can provide meals and basic heath care for psychiatric patients, "but unlike a medical patient, we haven't been able to provide them with actual treatment," McGraw said.

Brattleboro Memorial already has a telepsychiatry partnership with Dartmouth-Hitchcock, and administrators say the Retreat partnership will bolster those offerings.

One potential benefit, McGraw said, is reducing the number of patients who are on "involuntary" status for mental health treatment. By consulting quickly with a psychiatrist, some of those patients can be downgraded to "voluntary" status.

"That opens them up for a whole lot of other dispositions - places they might go after being in the emergency department," McGraw said.

Shorter hospital stays are another goal of telepsychiatry. McGee told the story of one patient who was suffering from severe depression and spent six days waiting in a hospital emergency room before getting to the Retreat.

"He discharged from our hospital in the same amount of time he spent in the emergency department," McGee said, adding that the patient's overall hospitalization might have been reduced significantly if he had received immediate psychiatric care.

"If we can cut that amount of time down dramatically, just imagine the repercussions," McGee said.

Given the success stories so far, administrators at both the Retreat and Brattleboro Memorial say they're thinking about making additional forays into telemedicine.

For Brattleboro Memorial, that might mean more use of videoconferencing in the emergency department or the intensive care unit, McGraw said. And the Retreat may further expand its reach into Vermont hospitals.

"We've explored partnerships with many of the other hospitals throughout the state," McGee said. "We're in the process of establishing those partnerships, formalizing treatment agreements with them and getting credentialed with our medical staff, so we can then begin to provide that timely access to high-quality psychiatric care."

Mike Faher can be contacted at mfaher@vtdigger.org.