Vermont's Robb Family Farm operates from its Brattleboro property and the website robbfamilyfarm.com. 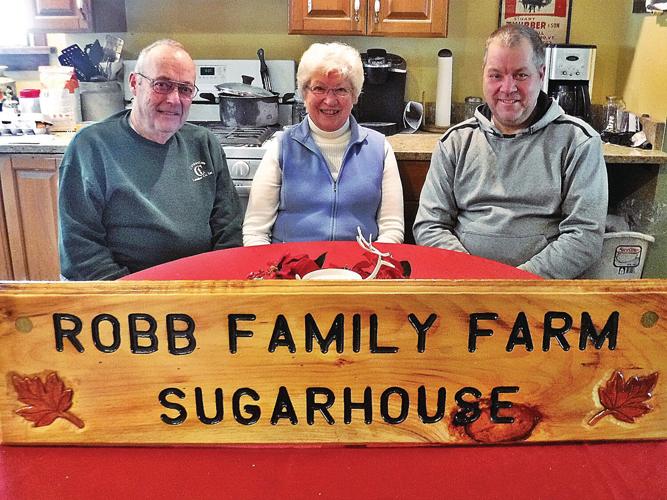 Vermonters Charles and Helen Robb and their son, Charles Jr., pose with a sign advertising their family farm in Brattleboro. 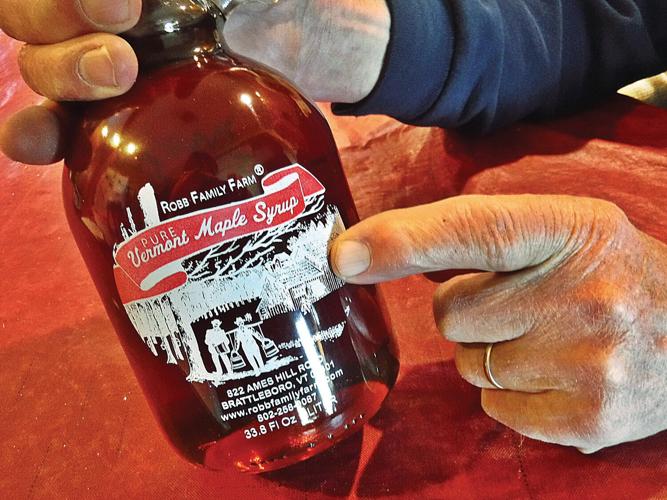 Vermont's Robb Family Farm operates from its Brattleboro property and the website robbfamilyfarm.com.

Vermonters Charles and Helen Robb and their son, Charles Jr., pose with a sign advertising their family farm in Brattleboro.

BRATTLEBORO — At first, the folks at Robb Family Farm figured the package that arrived recently was just another delivery.

And so, with help from husband Charles Robb Sr., she pushed the box into the kitchen and pried it open.

"I was flabbergasted," Helen says.

But this story is getting ahead of itself. The Robbs believed they had seen it all last Christmas when Brooke Shields extolled their maple syrup in People magazine, setting off a flurry of orders as well as articles in their hometown Reformer, the state news website VTDigger.org and the New England magazine UpCountry.

As internet links would inform the rest of the world, the farm has been a local landmark since Thomas and Christine Betterley purchased the Ames Hill Road property in 1907 with hopes it would serve as their retirement pasture.

Five generations of descendants have toiled there ever since. Charles Sr., 81, and son Charles Jr., 52, can tell you about rising before dawn to milk 50 Holsteins, then moving on to produce and peddle firewood (the younger was chain-sawing a beech tree in 2004 when a flyaway branch shattered every bone in his since-healed face), followed by a second milking before darkness and sleep.

They also remember how the same economic shifts that have slashed the number of Vermont dairy farms from 16,700 this past century to less than 1,000 today forced them to sell their milkers six years ago.

Trading the cows for beef cattle and adding taps to produce maple products, the family hoped for the best, not knowing a celebrity magazine shout-out would lead to coast-to-coast orders on its website, robbfamilyfarm.com, as well as visits to its sugar-house gift shop.

"It was one of those bumps that kicked us to another level," Charles Jr. says. "People find us online or come and take a tour."

Consider the two Minnesotans who arrived last March. Looking around, they asked if they could see the family turn sap into syrup.

The Robbs not only showed them but also served lunch.

Eyeing a pile of discarded pine boards, one of the visitors, identifying himself as a woodworker, requested one as a souvenir.

The Robbs shared that, too.

And then everyone moved on, first to the joy of shipping products to such far-flung postmarks as Fort Worth, Texas, then to the pain of Charles Sr.'s artificial hip breaking, requiring removal, replacement and week upon week upon week of recuperation.

The patriarch had finally returned home when the postage-heavy package arrived last month. Opening it, the family pulled out the pine board and a Midwestern butternut plank.

The woodworker had carved each into signs advertising the farm.

"To the Robb family," he wrote in an accompanying note. "I made these signs for you, in appreciation for the outstanding hospitality you showed myself and my friend when we were out there this spring. You gave up your Sunday to show us your business. And were more than accommodating."

For the past year, the Robbs have wondered how and why Shields — a household name they've never met — recommended their syrup. Now, surprised by the kindness of a stranger in a winter of dark days and polarizing politics, they're left with something else to guess.

And be grateful for.

"I can't believe someone would do that for somebody they don't know — we were just friendly to them," Helen says. "Talk about a labor of love. There must be a story there."

Kevin O'Connor is a

VTDigger.org correspondent who can be contacted at