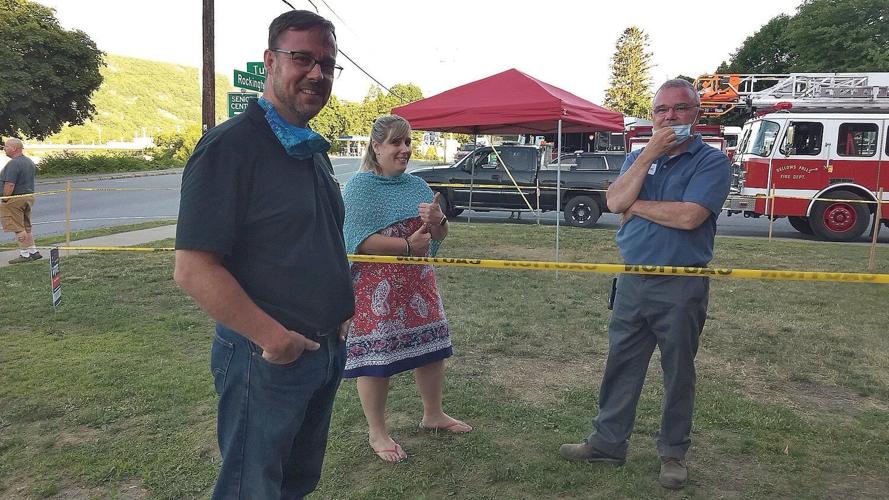 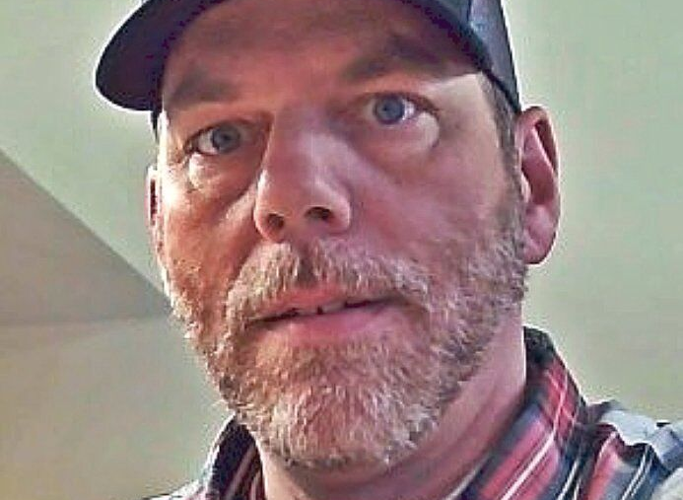 Jonathan Wright is running for the village board in Bellows Falls.

Jonathan Wright is running for the village board in Bellows Falls.

BELLOWS FALLS — The three candidates for the two seats open on the Board of Village Trustees all have experience being a village trustee, and all within the past three years.

Incumbents Jeff Dunbar and Wade Masure, who were first elected in 2020, are being challenged by former Trustee Jonathan Wright, who was defeated two years ago by Dunbar and Masure in a crowded race for the board.

Bellows Falls voters will go to the polls on Tuesday, with voting conducted at the Masonic Temple on Westminster Street. Polls open at 8 a.m. and close at 7 p.m.

The three men are all originally from the Bellows Falls-Westminster area, with Masure, 59, living in town his entire life, and both Dunbar and Wright leaving the area and returning in recent years.

Masure recently concluded 19 years working for the Vermont League of Cities and Towns; before that he was a longtime Bellows Falls village firefighter and officer.

Dunbar, 49, is a project consultant for Farnum Insulators of Dummerston, grew up in Bellows Falls and returned to town in 2007 after 16 years away.

Wright, 46, who works for Bensonwood of Walpole, N.H., as a construction manager, grew up in Westminster West. He and his wife have lived in Bellows Falls since 2016, although they have owned property in the village since 2007.

The village has the enviable financial position of having a surplus of about $624,000, out of a village budget of $1.6 million. And all three are united in what should be done with the large surplus — a combination of maintaining what auditors like to call “a fund balance,” and using the money for long-term projects to avoid any big tax increases in the future.

Masure said the village should continue to maintain a fund balance of between 15 to 20 percent, “as recommended.”

“The remainder I would return to the taxpayer in the form of stabilizing taxes, by using the remainder to complete any smaller lingering projects that need to be done for village buildings and or grounds,” he said.

Dunbar was of like mind. “The village is in an enviable position that we should seek to maintain. I would like to see the village maintain an unrestricted, unappropriated general fund balance of $250,000 to $300,000,” he said, which represents between 15 to 18 percent of village spending.

He said it would “serve as a cushion and ensure adequate cash flow to meet cost of operations if there become unforeseen expenditures or revenue shortfalls.”

“This is particularly important during volatile market conditions. I would then like to see the remaining funds (approximately $275,000 to $325,000) placed in a separate reserve fund to reduce future indebtedness for infrastructure improvements or equipment requirements. Maintaining healthy reserves will mitigate the need to raise taxes or cut services.”

Wright, who hasn’t been on the board for the past two years, said the surplus “should be focused in three areas of our community. First is to ensure our reserve fund is at a sustainable level and appropriate balance; second, use to offset expense in an effort to lower taxes to the community over a period of two to three years; and third, a portion reinvested in our community to continue the ongoing work of revitalization of the downtown and encouraging business growth through the revolving loan fund.”

Dunbar said he was running because he wanted to continue to see Bellows Falls grow.

“Bellows Falls is a remarkable community of people at a pivotal point in its evolution. Progressively, we are sharpening our identity as an industrious, determined, hard-working, creative community that is focused on honoring our past while embracing the future,” he said. “We have become increasingly more welcoming and open to change. Great strides are being made, and we recognize there are even greater strides to be made.”

“As a citizen, and trustee, I am interested in continuing to leverage our growing community assets to seize opportunity and stability for future generations,” he said. “I believe civic engagement is a responsibility and privilege that we share and is vital to the health and well being of every community.”

Masure said he wanted to continue to serve Bellows Falls, and that he had just finished his first two-year term.

“I enjoy the workings of local government, from listening and assisting citizens with their questions and concerns, to assisting in establishing and managing the village budget and being part of establishing procedures and policy that are in the best interest of the citizens and employees.”

Wright, the challenger, said he wanted to return to the board to continue the community’s progress.

“I want to serve on the Board of Village Trustees for the second time to help advance the progress the community has made in improving housing stock, bolstering the downtown business and help bring the vision of redeveloping ‘The Island’ to a reality, encouraging sustainable business to invest and grow with in Bellows Falls.”

Earlier this week, Bellows Falls residents overwhelmingly rejected a move to have the village budget voted by Australian ballot, effectively ending the village floor meeting, where issues are discussed, and budgets amended and approved.

Dunbar and Masure voted against the change, but Wright said he was torn.

“I’m torn as I like the fact it allows more voting options for residents, but I also appreciate the Town Meeting format that allows for alterations and public discussion,” Wright said. “I plan to continue to support the Australian ballot measure for the village simply because we get so little community participation during the annual meeting.”

Whoever is elected on Tuesday during Australian balloting will join Village President Deborah Wright, who is running for reelection unopposed, and the other two members of the board, James “Jiggs” McAuliffe and Stefan Golec. Deborah Wright and Jonathan Wright are not related.