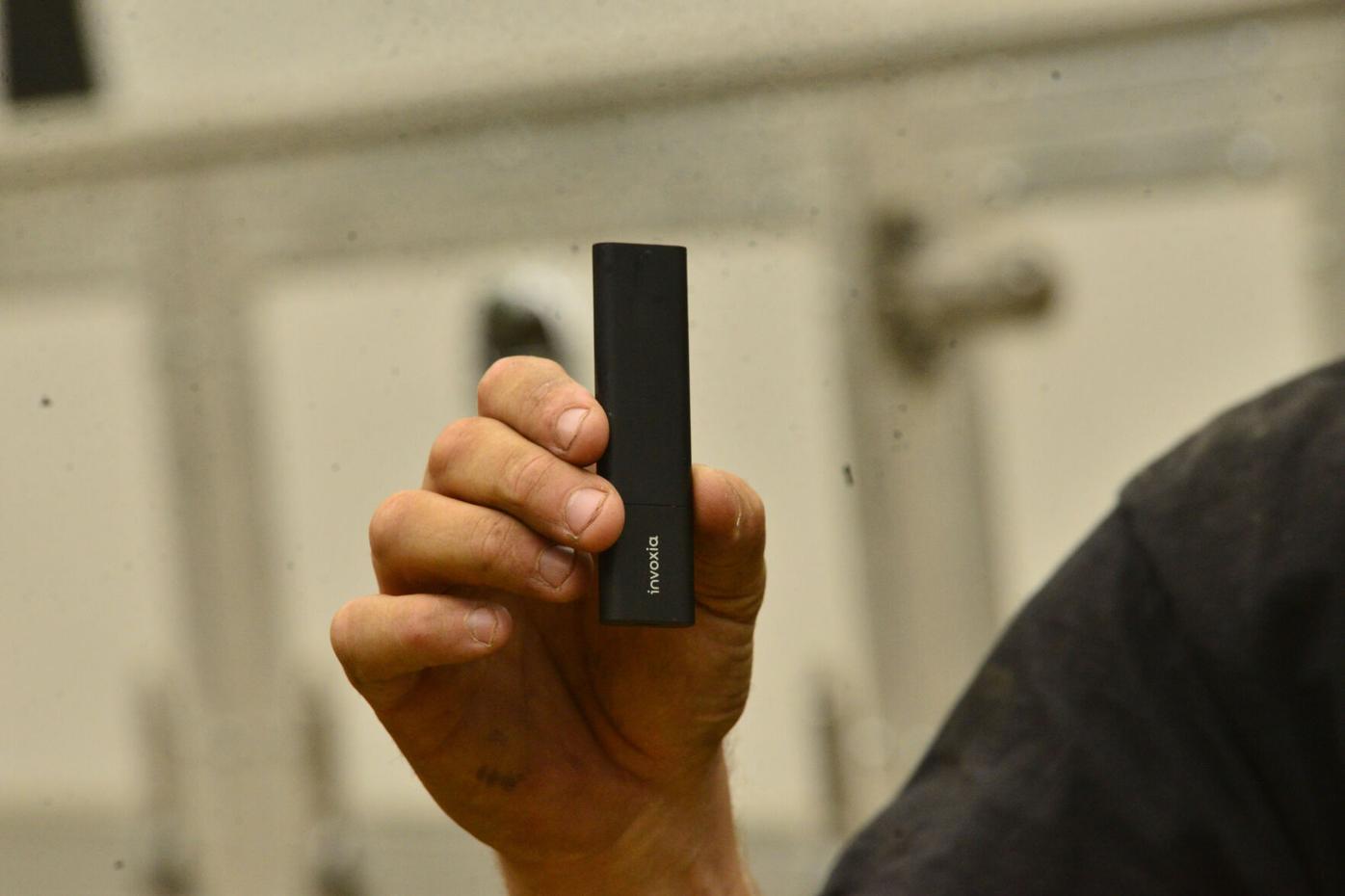 Joshua Laughman, from Townshend, Vt., holds the GPS tracker that he placed in a copper pipe that led police to a person who was stealing copper. 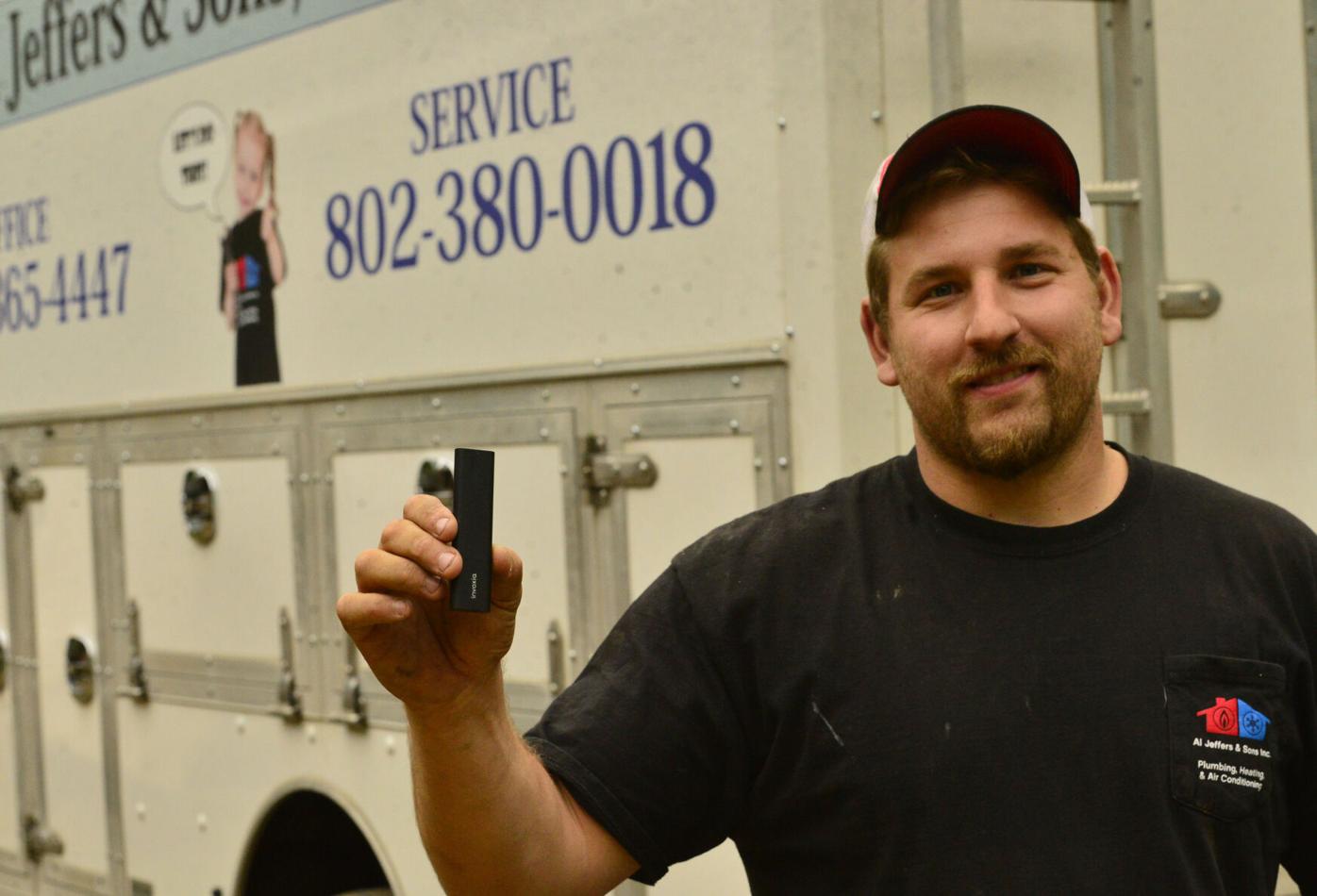 Joshua Laughman, from Townshend, holds the GPS tracker that he placed in a copper pipe that led police to a person who was stealing copper.

Joshua Laughman, from Townshend, Vt., holds the GPS tracker that he placed in a copper pipe that led police to a person who was stealing copper.

Joshua Laughman, from Townshend, holds the GPS tracker that he placed in a copper pipe that led police to a person who was stealing copper.

TOWNSHEND — For the past four or five weeks, someone has been stealing scrap copper from Al Jeffers & Sons Heating and Cooling in Townshend.

“We’ve been talking a while, thinking about ways to catch the guy, and I told my employees if they figured out a way, I would pay whoever came up with a way, they would get $1,000,” Tim Jeffers Sr. told the Reformer on Monday.

They set up a game camera, which was stolen but not before it recorded someone in a Subaru taking copper, and some employees even volunteered to stay up all night keeping an eye on the business.

Employees also discussed ways of tracking the thief and Joshua Laughman decided to tag the scrap with a GPS tracker.

“We were getting irritated,” said Laughman. “It’s not a lot of money, but its the principle of the thing because we get the copper as a bonus.”

On Sunday morning, the Vermont State Police got a call from Laughman and Jeffers, who said they were hot on the heels of the thief on Dorset Hill Road in Dorset.

A few minutes later, Chaz E. Soboleski, 28, of Rockingham, was in custody. On Monday morning, in Windham Superior Court, Criminal Division, Soboleski was charged with petit larceny. He pleaded not guilty and was released on conditions.

“Josh was tracking him making stops at an electrician’s shop, a plumber and then another electrician,” said Jeffers. “He was making the rounds.”

“This led them to Dorset where they observed a 2018 Silver Subaru Outback that fled from them when confronted,” wrote Trooper Colin Shepley in an affidavit filed with the court.

When troopers caught up with the Subaru, Soboleski said he was just driving around.

Shepley said Soboleski was sweating, avoided eye contact and had folded down the backseats of the vehicle, but there was no stolen copper in the vehicle. The copper was found on the side of the road a short ways away.

After being read his Miranda Rights, Soboleski confessed to stealing scrap copper to buy drugs.

“Soboleski proceeded to tell me about his struggle with opioid addiction, which has spanned nearly a decade,” wrote Shepley. “Due to the COVID-19 pandemic, Soboleski was unable to work and pay for his addiction, which ultimately led him to stealing.”

Soboleski told the troopers that after he stole the copper in Townshend, he traveled to the Manchester/Dorset area to look for scrap copper to steal from other area businesses.

“Obviously this guy is a little bit ambitious,” said Jeffers. “He’d spend half the night going out stealing stuff.”

Jeffers said any money that he makes with scrap copper he gives to his employees, so Soboleski was actually stealing from them, not the business.

“I’ve got so many guys that it’s only $250 each, but that’s money in their pockets,” said Jeffers.

Laughman told the Reformer the $1,000 he got from his boss will be used to pay for work he’s doing on his Townshend home.

“Tim is an amazing boss,” said Laughman, a master plumber. “That is why I have worked for him since the day I graduated 10 years ago. I couldn’t ask for a better boss. He’s a tremendous person.”

Laughman, who is the same age as Soboleski, hopes this experience helps him make better choices in life.

Windham County State’s Attorney Tracy Shriver said her office will continue to investigate Soboleski’s activities over the past few weeks.

“We need to coordinate with the VSP and the victims to determine if there are going to be more charges,” she said.