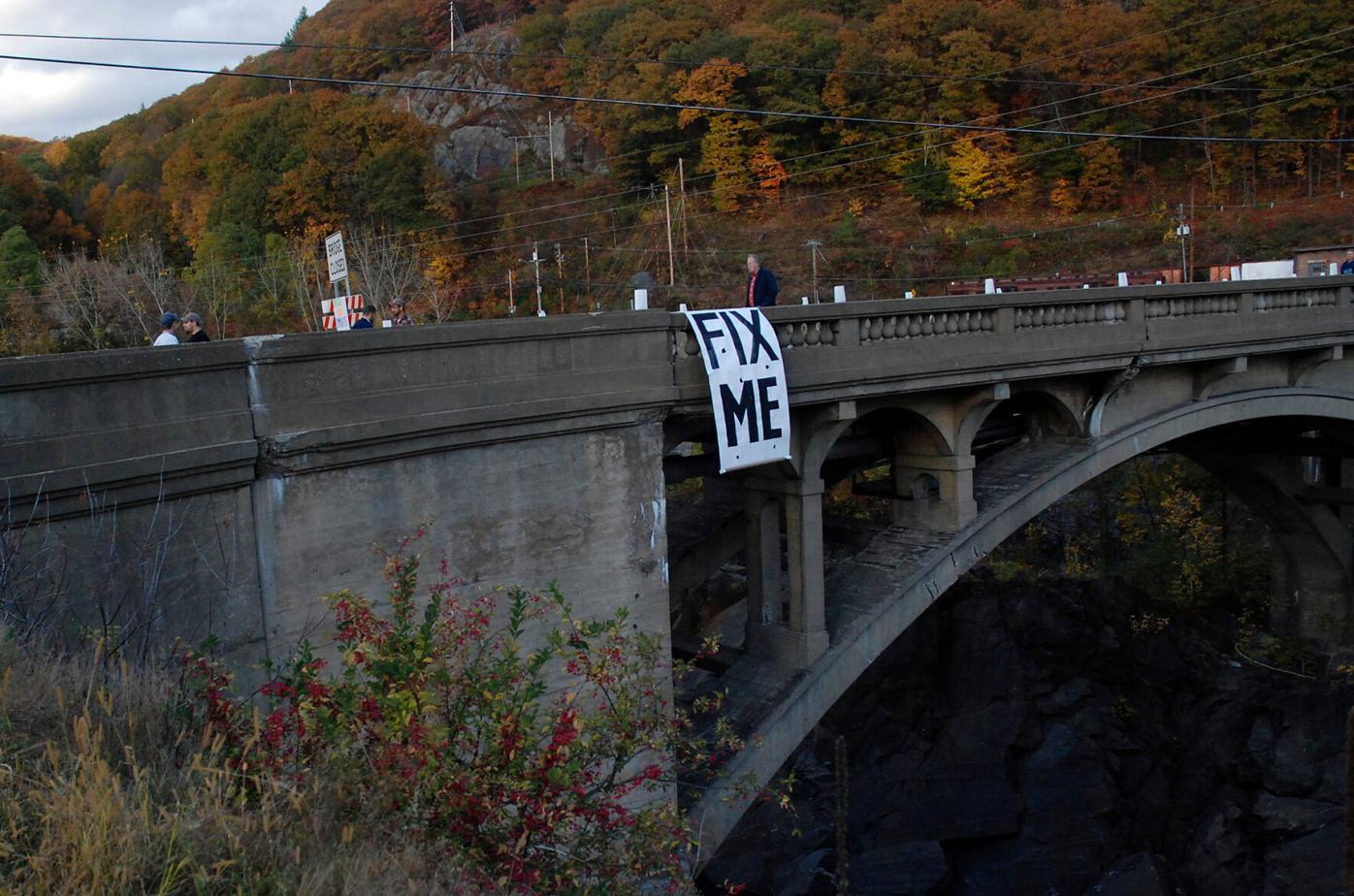 The Vilas Bridge connecting Bellows Falls to Walpole, N.H. has been closed for 11 years. 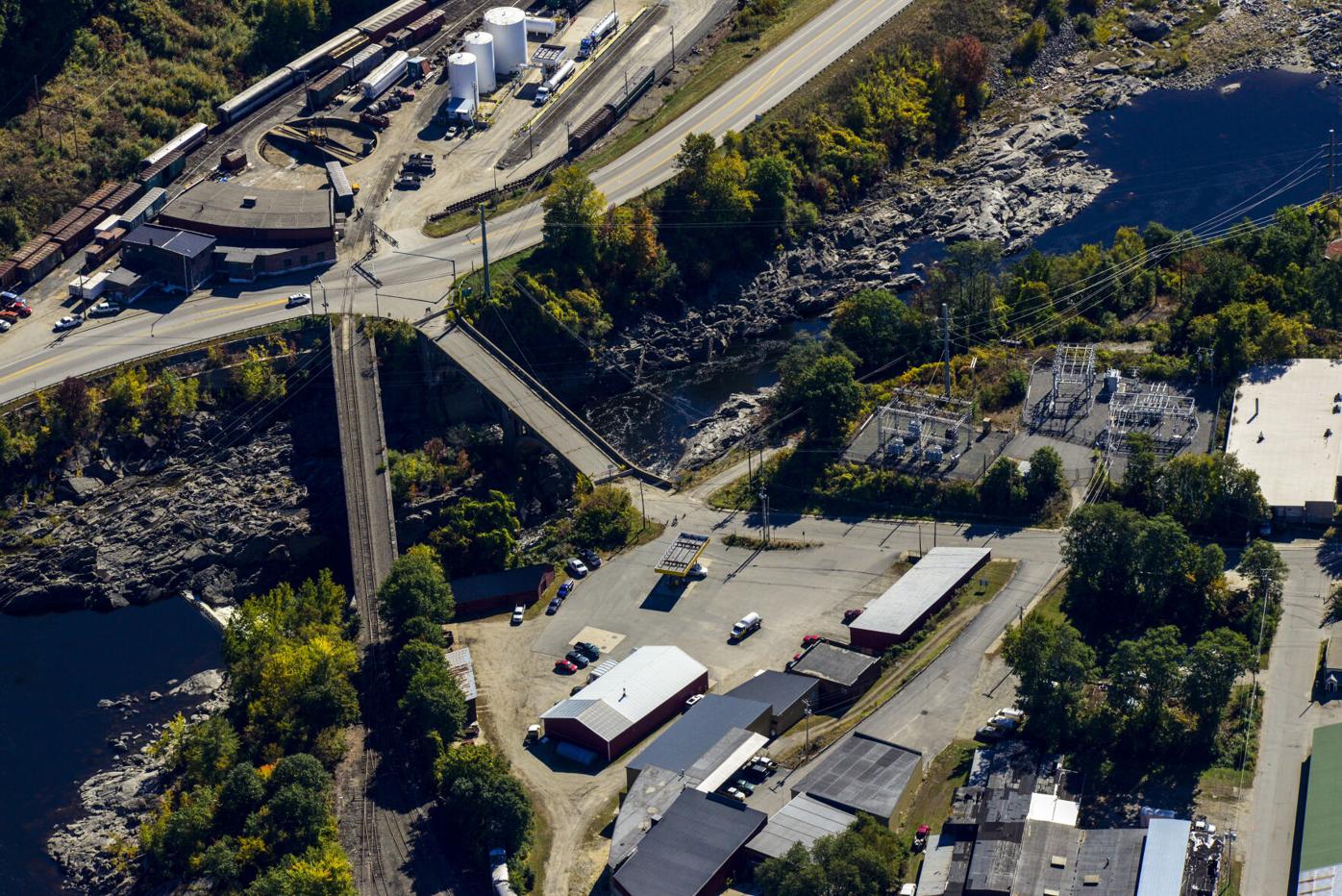 The Vilas Bridge connecting Bellows Falls to Walpole, N.H. has been closed for 12 years.

The Vilas Bridge connecting Bellows Falls to Walpole, N.H. has been closed for 11 years.

The Vilas Bridge connecting Bellows Falls to Walpole, N.H. has been closed for 12 years.

BELLOWS FALLS — If the U.S. Congress restores “earmarks,” its former method of funding favorite or pet projects, it could translate into the repair and reopening of the historic Vilas Bridge.

Rockingham town officials are gearing up for a major push to secure federal funding to repair and reopen the bridge, inspired by recent action restoring congressional earmarks.

The Select Board voted unanimously Tuesday to have new Select Board member Bonnie North continue her research into coordination with Walpole, N.H., and New Hampshire officials on how best to take advantage of what is expected to be new federal funding for major infrastructure projects. President Joe Biden has made “Building Back Better” and infrastructure investment a top priority in his new administration.

The Vilas Bridge has been closed for 12 years as of today (see related article on page A3), and its closure has had a significant effect on downtown Bellows Falls, since drivers now avoid the downtown area and use the New Arch Bridge about a mile upstream.

Town Manager Scott Pickup said that under the Biden administration and a new Congress, and the likely return of “earmarks” funding, now might be the time to get a large chunk of change to get the historic bridge restored and open.

Pickup said Thursday the town would likely seek funding of $9 million to cover the Vermont share of the bridge. The $10.8 million included in New Hampshire transportation plan is already out of date, he said, and construction costs continue to increase.

“Nine million would be a safe number,” he said.

The Vilas Bridge links North Walpole, N.H., to the village of Bellows Falls, and it also carries a lot of municipal infrastructure, as in water and sewer lines.

Pickup said the Vilas Bridge is on the New Hampshire Department of Transportation’s 10-year list, but the plan indicates that only half — or about $10 million — is budgeted.

The other $10 million is supposed to come from the state of Vermont, which is a big departure from previous funding scenarios for bridges along the Connecticut River.

The river is owned by the state of New Hampshire to the low water mark on the Vermont shore, which translates to New Hampshire usually picking up at least 80 percent of the cost of a bridge project.

Several years ago, Vermont state officials dangled a promise to help pay for the Vilas Bridge repairs in an effort to get New Hampshire moving on the project.

North, who was elected to the board two weeks ago, said she has been working on the Vilas Bridge issue behind the scenes, and has been in contact with regional planners in both states.

North said she was strongly encouraged by both Chris Campany, executive director of the Windham Regional Commission, and J.B. Mack, the principal planner in southwestern New Hampshire, to pursue the bridge’s designation by Vermont’s congressional delegation as one of the top 10 projects.

North said it is in the town’s interests to try and renew a joint effort with Walpole officials, but the consensus is that getting one of the coveted earmarks would be a higher priority for Vermont than New Hampshire.

But a joint effort, she said, could be powerful.

“If we work with Walpole and New Hampshire, there’s a chance we could get an earmark,” she said.

The feedback she got is that “no question, Bellows Falls and Walpole should put this front and center,” she said.

North said she won’t make any commitments or promises without a full vote by the Select Board, but she said the timing is extremely important.

The bridge was allowed to deteriorate to the point of closure under the supervision of New Hampshire transportation officials, Select Board member Susan Hammond noted.

New Hampshire officials have said it’s not a high priority because the two communities are served by the New Arch Bridge, built about 35 years ago to replace a landmark bridge which was also allowed to deteriorate.

North said she and Pickup discussed the change in Congress regarding earmarks after she read about the issue in the Washington Post.

The community’s priority, Pickup said, is to “get the bridge fixed.”

New Select Board Chairman Peter Golec said the issue should be postponed until the board’s next meeting on April 7 because the issue hasn’t been noticed on the meeting agenda. When North raised concerns about the timing, the board voted to have her become its special Vilas Bridge liaison, and it will ratify the vote at its next meeting.

The state of New Hampshire closed the Vilas Bridge on March 19, 2009, with no warning. The bridge was built in 1930, and it replaced a historic covered bridge with a two-span concrete bridge over the Connecticut River.

{child_flags:featured}Residents urged to protest the closing of the Vilas Bridge