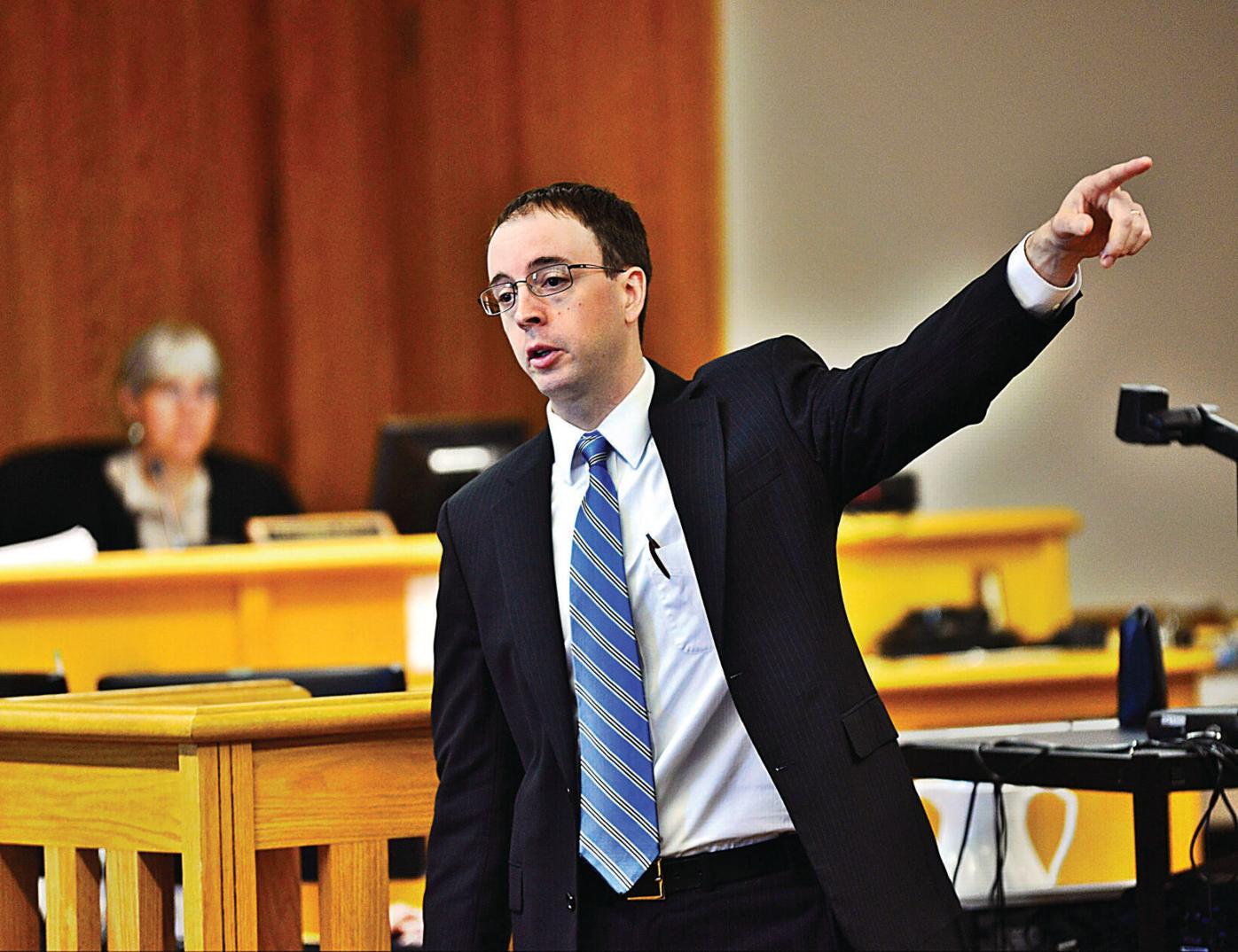 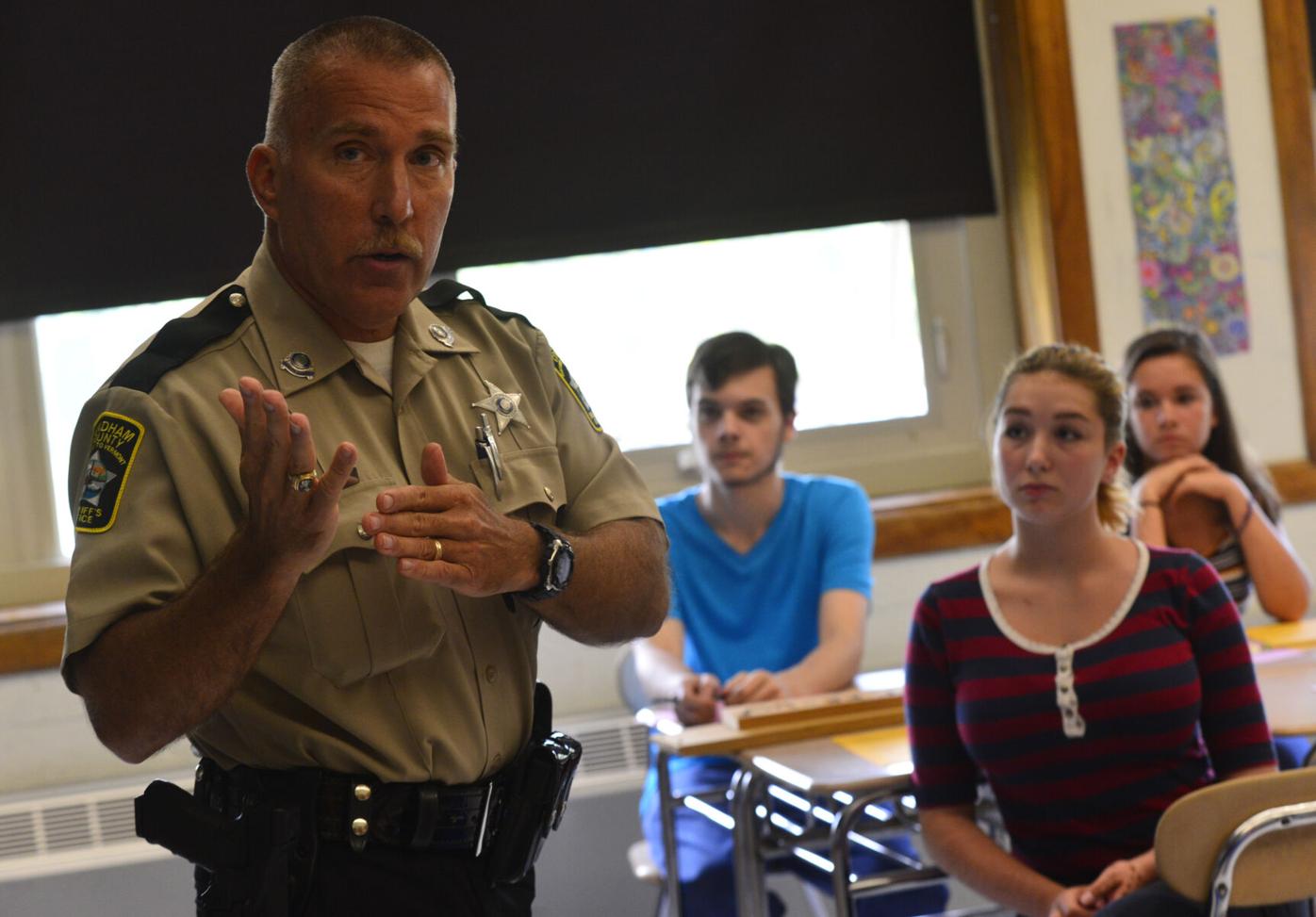 Brown has devoted significant time and effort, said Joe Flynn, secretary of the agency, during an online award ceremony, throughout the last decade in advancing the detection, investigation and prosecution of impaired driving cases.

“He has not shied away from the difficult cases and has successfully prosecuted challenging cases involving the Vermont Drug Recognition Expert Program,” said Flynn.

Brown has also conducted training for law enforcement officers, both local and statewide, and for his peers in the Windham County State’s Attorney’s Office.

“DSA Brown’s determination in increasing safety for all Vermonters is evident,” wrote State’s Attorney Tracy Shriver in her nomination letter. “[H]e made our roadways safer through education and prosecution. His dedication and specialization in this area have made him a tremendous asset in my office as well as a resource for other prosecutors throughout the state.”

“Steven does more than just prosecute impaired driving,” Shriver told the Reformer. “He teaches law enforcement how to appropriately investigate and prepare these cases, he assists other prosecutors in preparing and presenting these cases, and he remains consistently engaged with new developments in the law, all in an effort to make roadways safer for all of us.”

Brown said he was honored to receive the award, but he didn’t do it alone.

“Over the last 13-plus years I have been fortunate to be surrounded by a talented and dedicated group of law enforcement partners, including expert crash reconstructionist, Vermont Forensic Lab analysts, state, local, and county investigators, and victim advocates,” said Brown.

He was also thankful to Shriver for her support and encouragement, but there’s more work to be done.

“In 2020, over half of all fatal crashes in Vermont involved operators who were suspected of being under the influence of alcohol and/or drugs,” said Brown. “With the state attorney’s leadership, we are committed in Windham County to holding impaired drivers accountable and to making Vermont’s roadways safer.”

Deputy Roj told the Reformer it was a great honor to receive the Sgt. Michael Johnson Lifesaver Award, which is named after a man he knew and had worked with when he was with the Vermont State Police.

Johnson, a 16-year veteran of the VSP, was struck and killed in 2015 in Thetford by a vehicle he was attempting to stop with spike strips.

“I was part of the investigation after he was killed on Interstate 91,” he said. “This makes this award very meaningful to me.”

Roj has been in law enforcement for 33 years, the last seven with the Windham County Sheriff’s Office.

Before that, as a state trooper, Roj was a patrol procedure instructor at the Vermont Police Academy, a member of the commercial vehicle enforcement team and also led the traffic safety team in southern Vermont.

As a sheriff’s deputy, he has led the “Click It or Ticket” program and built the local Enhanced Teen Driver Safety Program.

“It’s impossible to know how many people made it home safe due to his tireless efforts,” said Flynn during the awards ceremony.

Sheriff Mark Anderson told the Reformer teen drivers are involved in 7.2 percent of all collisions in Vermont, except for Windham County, which has averaged 4.8 percent since implementing the safety program.

“Mike crafted this program based on more than 30 years of experience and passion for highway safety,” said Anderson. “Using simulators to expand on a student’s driver’s education while engaging their parents in the work has worked to reduce damage, injury, and community loss. Mike’s efforts are a testimony to education improving the lives of people in Windham County and Vermont by reducing traffic collisions.”

“Having an opportunity to take my law enforcement highway safety knowledge and share it with young inexperienced students is very satisfying,” said Roj. “I look forward to continuing to work with students as the coordinator of the program.”