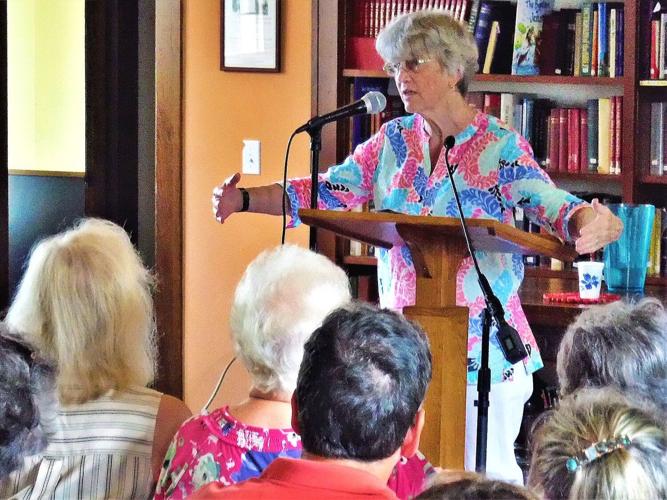 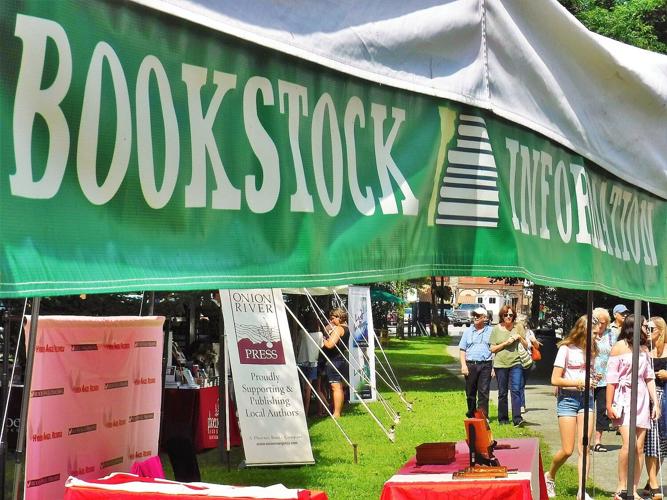 The Bookstock literary festival drew 40 writers and hundreds of readers to Woodstock this past weekend. 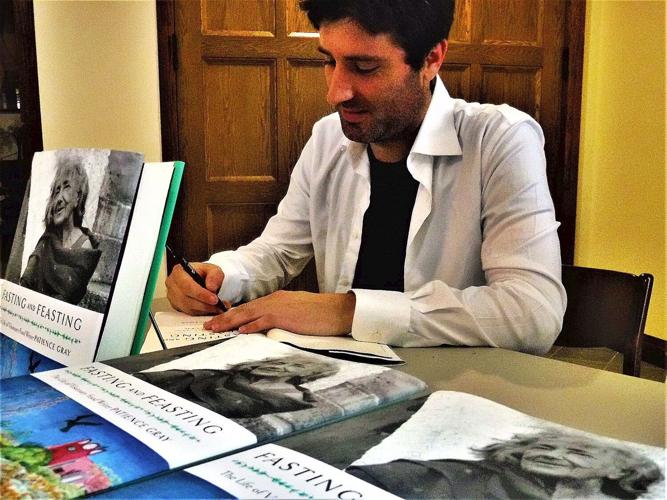 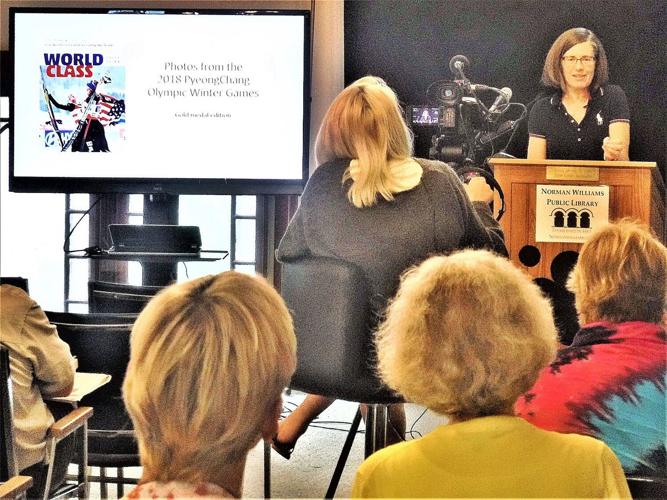 Rutland writer Peggy Shinn talks about her book "World Class: The Making of the U.S. Women's Cross-Country Ski Team" at the Bookstock literary festival in Woodstock.

The Bookstock literary festival drew 40 writers and hundreds of readers to Woodstock this past weekend.

Rutland writer Peggy Shinn talks about her book "World Class: The Making of the U.S. Women's Cross-Country Ski Team" at the Bookstock literary festival in Woodstock.

WOODSTOCK — When Reeve Lindbergh first decided to write autobiographical books in the tradition of her parents, Charles and Anne Morrow Lindbergh, she worked with the same New York publisher that released her father's Pulitzer Prize-winning "The Spirit of St. Louis."

But when the Northeast Kingdom author recently finished her latest memoir, "Two Lives," she discovered the company was interested less in what she had to say than what she had the potential to sell.

And so Lindbergh, still thinking globally, now publishes locally. It's a growing trend among Vermont authors, many attested this past weekend at the Bookstock literary festival in Woodstock.

"I had a title and a one-paragraph description when they bought the novel," MacArthur says. "It was an utter surprise, but I had no idea how rare it was. It was good I was so new to the publishing world — I had no expectations."

"We're small, but we have an expanding reach," says Dede Cummings, who founded Green Writers Press four years ago. "Our mission is to give voice to authors who will make the world a better place."

Cummings, formerly a senior book designer at Little, Brown and Company, has a small office and stable of freelance editors who work throughout New England.

But Green Writers Press has enough clout to sign former Gov. Madeleine Kunin, who published her 1994 memoir "Living A Political Life" with Alfred A. Knopf, and W.D. Wetherell, a New Hampshire writer whose novel "Chekhov's Sister" was selected as a New York Times Notable Book.

"Good ol' Howard Mosher acquired him for Green Writers Press," Cummings says of Wetherell. "My mantra is to focus small. Start with your area and branch out from there."

"I tried to pitch this idea for two years, only to abandon the project," Federman recalls. "Margo read a story I had written and said, 'Would you be interested in turning it into a book?' I said, 'No, but I have another idea.'"

The resulting biography has reaped praise from the New York Times and Britain's New Statesman and was just nominated for the 2018 Vermont Book Award.

State writers have more local publishing options than ever, be it through Northshire Bookstore of Manchester's ShiresPress, Phoenix Books of Burlington's Onion River Press or hybrid partnership companies such as Rootstock Publishing of Montpelier.

But for every press that's rising is another that's consolidating or closing. Rutland writer Peggy Shinn has published two books — "Deluge: Tropical Storm Irene, Vermont's Flash Floods, and How One Small State Saved Itself" and "World Class: The Making of the U.S. Women's Cross-Country Ski Team" — through University Press of New England, which plans to shut down at the end of the year.

"I think small presses provide a great opportunity for new and regional authors to get a toe in the industry," Shinn says, "so it's sad to hear one of them is closing up shop."

Publishers caution that just because you send them a manuscript doesn't mean they're obligated to read it. Brigantine Media, for example, focuses on business and education books rather than the Great American Novel. But it occasionally prints a "literary" book like Lindbergh's.

"There's probably more books out there than ever and finding a great one is hard, but every so often we'll do a special little gem of a fiction book or memoir," Brigantine Media editorial chief Janis Raye says. "As a publisher, you need to make money to stay in business, but we're just so happy to bring these books into the world."

Kevin O'Connor is a Reformer and VTDigger.org correspondent who can be contacted at kevinoconnorvt@gmail.com.