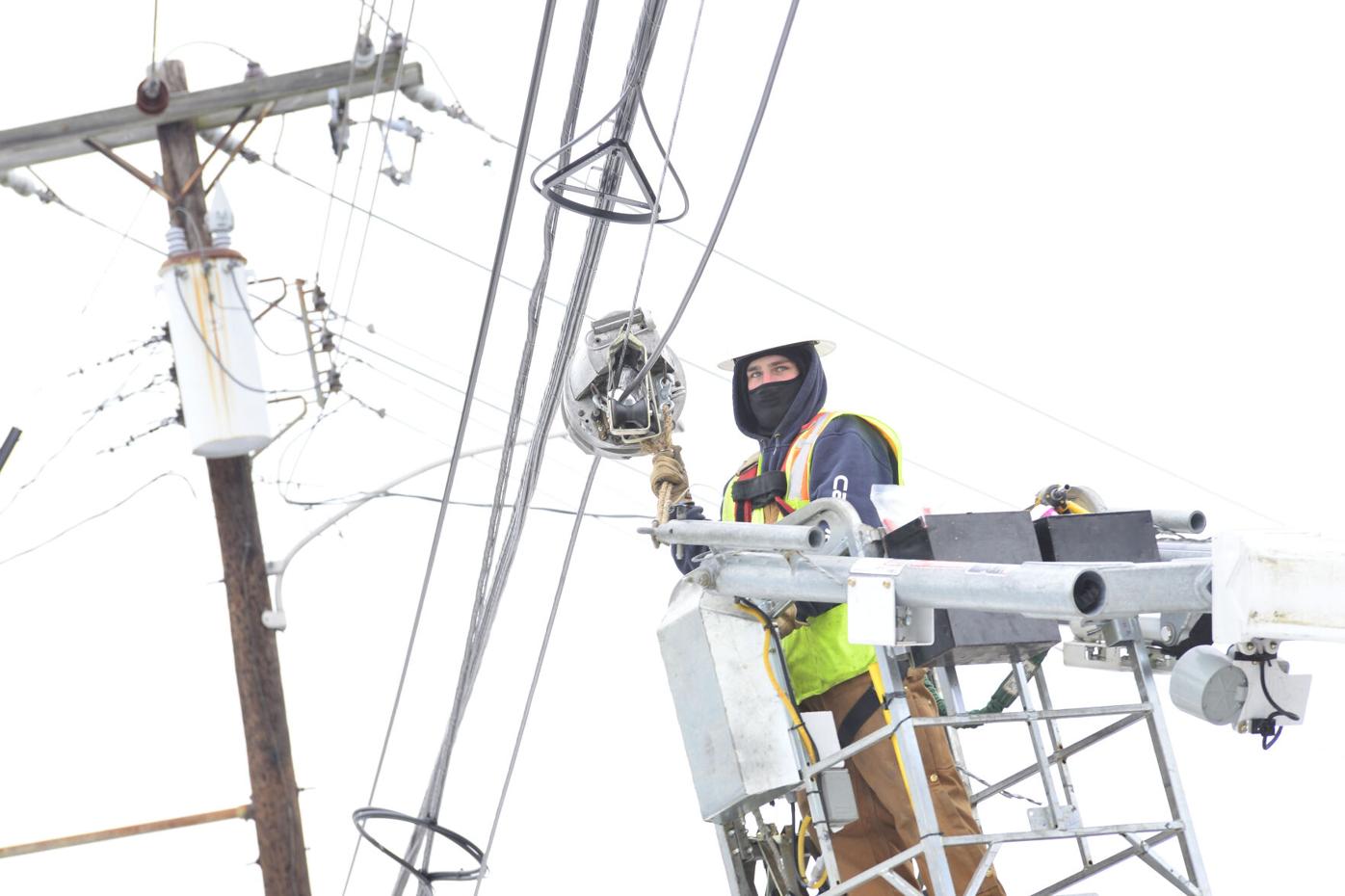 Crews work on installing a high-speed internet line on Western Avenue, in Brattleboro. 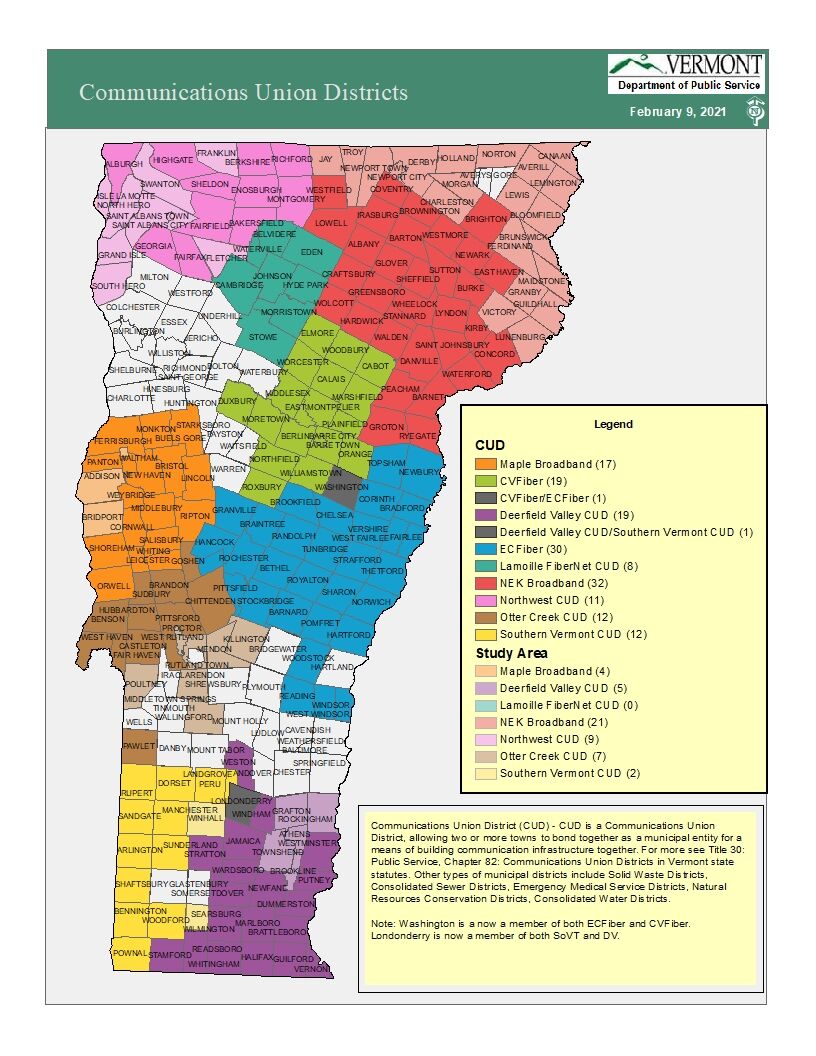 Crews work on installing a high-speed internet line on Western Avenue, in Brattleboro.

The bill, H. 360, passed second reading 145-1 on a roll call vote, with a formal third reading to send the bill to the Senate set for Wednesday. It’s a significant step in addressing the state’s broadband divide, which lawmakers and the Scott administration both made a priority this year after the COVID-19 pandemic showed how crucial high-speed service is to the state’s economy, the health and welfare of its residents, and the education of its children.

“We have long discussed the disparities that exist between those who have access to broadband internet access and those who do not,” House Speaker Jill Krowinski said in a press release announcing the vote. “This bill will put critical coordination and financial tools in place to advance the state’s goal of achieving universal access to reliable, high-quality, affordable broadband.”

“Getting to this point has required a lot of effort by so many in our state,” Sibilia said. “We aren’t done yet, but this is a historic statewide policy shift to ensuring public dollars are used to delivering universal 100/100 service. We have been talking with our colleagues in the Senate about these policy shifts for years and look forward to their input.”

In return the bill insists upon universal high-speed service of 100 megabits per second upload and download, reaching the “last mile” communities that the free market has yet to serve, and requires annual reporting by the Vermont Community Broadband Authority.

Previously the bill provided for $6.3 million to fund pre-construction activities such as planning readying utility poles for new equipment, and $24 million for grants and collateral for subordinated debt to be issued by VEDA. But Rep. Martha Feltus, R-Caledonia 4, reporting for the Appropriations Committee, told the House that her committee had added $150 million in funds from the American Rescue Plan Act: $30 million for pre-construction needs and $120 million for grants and collateral.

The application of federal funds that have yet to arrive did concern House Minority Leader Rep. Pattie McCoy. “While I am fully supportive of expanding broadband to every square inch of our state I do so with a a bit of trepidation,” she said.

As the main presenter of the bill along with colleagues on the Energy and Technology Committee, Sibilia outlined how the state had poured money and effort into trying to reach the “last mile” — residents and communities where the free market had not extended service due to lack of return on investment

“The pandemic has driven home how much that failure to connect is costing Vermont,” Sibilia said. “We need a paradigm shift in order to build broadband to the last mile.”

That paradigm shift lies in the state’s nine CUDs, including the Southern Vermont CUD in Bennington County and the Deerfield Valley CUD in Windham County. The bill allows for providers to collaborate with the CUDs in order to obtain financing and incentives, so long as they provide universal service.

Some members did raise concerns about whether internet service providers were being shut out of the opportunity to provide last-mile service by the bill. That concern was raised by Rep. Kristi Morris, D-Windsor 3-2, as his explanation for his lone no vote on the bill. Rep. Paul Martin, R-Franklin 5, questioned whether it was fair to set up government-funded competition for smaller providers who have struggled to reach last-mile customers.

Sibilia said she hopes providers will work with the CUDs under the new bill.

“It is somewhat ironic when you have ISPs who are distressed that we may have Vermonters come together to provide service in their community and that might actually provide choice,” she said. “We believe we need to see all ISPs participate in this. We want to work to construct mechanisms that make that possible.”

Energy and Technology Committee chairperson Tim Briglin, D-Windsor-Orange 2, likened the effort to the rural electrification project of the 1930s for its potential game-changing benefits for rural communities. He also pointed out that effort took nearly 30 years to complete in rural Vermont.

Saying the state’s digital divide can’t wait for the build-out of fiber-optic infrastructure, proponents of a plan that would in part rely on …