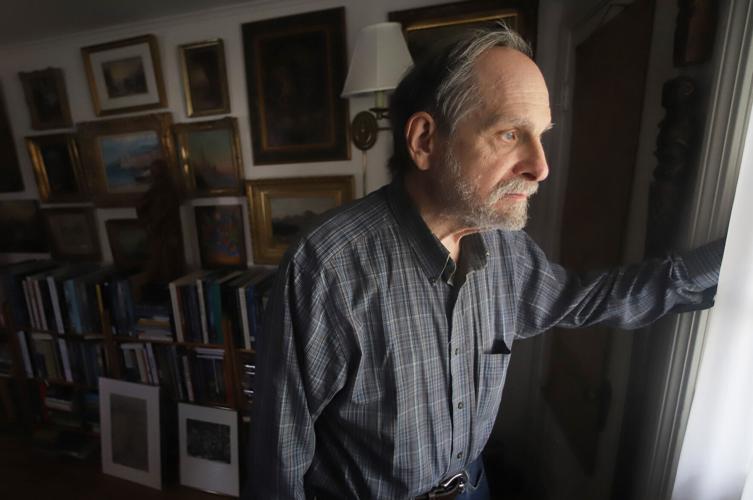 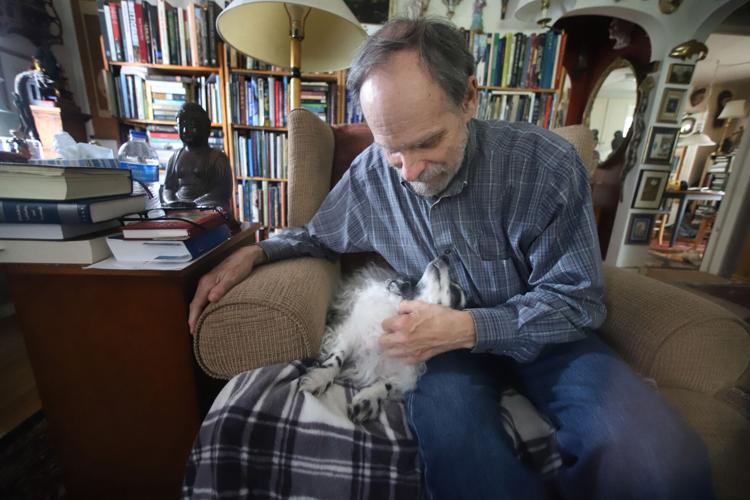 Paul Stitelman and his dog.

Paul Stitelman and his dog.

Paul Stitelman witnessed the Stonewall riots that started in New York City on June 28, 1969, when police raided the Stonewall Inn, a gay club, leading to six days of riots and launching the gay rights movement. After a tragedy, Stitelman became a gay rights activist. He has finally come to a place of acceptance for who he is after a lifetime of challenges and commitments.

“I worked in the West Village of Manhattan, and I came out of work one night to yelling coming from Sheridan Square in front of the Stonewall Inn and, being a nice Jewish boy, my mother always said, ‘Keep out of trouble,’ so I walked the other way and went home. That was the first night of the riots. At the time, I was very much in the closet about who I was and was ambivalent about so many things. But that all changed a few months later when the police raided another bar and arrested a bunch of people inside. One of those people, a man named Diego Vinales, a 23-year-old from Argentina, panicked and jumped from a second-story window while in police custody and landed on a spiked iron fence, dying a few days later. That incident, for me, finally woke me up. I knew how unfair things were, but when Vinales died, I became an activist.

“I never told anything about being gay to my parents back then. My mother was brought up an orthodox Jew, as both parents were the children of immigrants. To my parents, being gay was ‘shanda,’ a shame to be gay. To them, it was against their religion and a humiliation to be gay. There was a set template. You grow up. You go to school, get married, have a career and have kids. Being gay meant you were an outlaw, sinful, but mostly it was humiliating for everyone. Looking back, I wonder how they could not know I was gay. It became my big secret, which led to anger and depression, suicide attempts and eventually hospitalization. I was 14. I remember the nightmare of the hospital to this day.

“I knew I was gay from my earliest memories. People talk about it being a choice, and for some people, maybe it is, but it just wasn’t for me. As a kid, I was unhappy because of what I was feeling. I was furious at life, fury about being gay, that I was in this predicament, that I’d been abandoned by God, and that I needed to hide who I was. Throughout the time after I left the hospital, I saw many therapists, hoping to be cured of what I thought was wrong with me, being gay — that if I could be cured, I could live what I thought at the time to be a normal life. But that life never really existed.

“I got married in 1976, and we had two children. She knew from the start that I was gay. I guess I’d always bought the line that there was something wrong and that if I could be married, it might somehow make things right and miraculously normalize my life. I was married for 20 years, always faithful to our vows but always knowing something was missing, a constant yearning to be who I was. My wife was a wonderful human being, but it’s very hard having a relationship when one person is always yearning for something that’s missing, something that you’ve never experienced and something unfinished.

“I didn’t tell my children that I was gay until the day we were getting divorced. I didn’t want them to think that it was their fault in any way. I remember their acceptance of what I’d just said that day and how it floored me.

“People sometimes ask me, was getting married a mistake? I have the most beautiful children in the world. I have two great, successful kids and two wonderful grandchildren. Can I look at that as a mistake? It was a strand in the fabric of my life. Who’s to say anything is a mistake?

“I finally told my father I was gay long after my mother passed. I’ll never forget his response. He said, ‘I don’t like what you’re telling me, but I’ll never abandon you, and you’ll always have a home.’ My mother died without ever acknowledging who I was. I wish I could tell my mom about giving her such a hard time, and that I knew I hurt her. It wasn’t my homosexuality that hurt her. It was my anger at being rejected, at feeling that I couldn’t come out to her. We couldn’t share something really important. Had I the courage to say these things to her, I think that at some point, she would have come around and been happy for me.

“I’ve finally accepted who I am. I don’t expect a relationship. It’s not in the cards for me anymore. I’ve never had a long-term relationship with another man. I know that the stereotype of random sex is appealing to some, but I find that very unfulfilling, so I’ve been mostly alone. When you want something so badly, you tend to say, ‘wouldn’t that be great.’ But the reality is that in anybody’s life, it’s a series of movements, conflict and resolution. At 77, having made the life I’ve made, having the family that I adore, a dog that likes to lie next to me, surrounded by the things I love, art, books, none of that is nothing. I know some might think of me as a failure. I never made a lot of money, I never had that relationship that I’d yearned for, but I like my life.

“If I could talk to myself back then, I would say just to survive. Keep putting one foot in front of the other. It’s comforting to know that nothing turned out to be as bad as I worried it would.

“I never thought gay people would have the right to get married. Nobody thought it would in our lifetimes. Then it happened. I was elated, but I never took it for granted. I knew that it could be taken away. Germany was the most open and accepting place for gays and Jews in the world in the 1930s. Look what happened. You have to guard these rights. They can be taken away. If we value these rights, we have to fight for them. There’s no other way.”

Vermont Voices is an ongoing column about the people of Southern Vermont in their own voices.